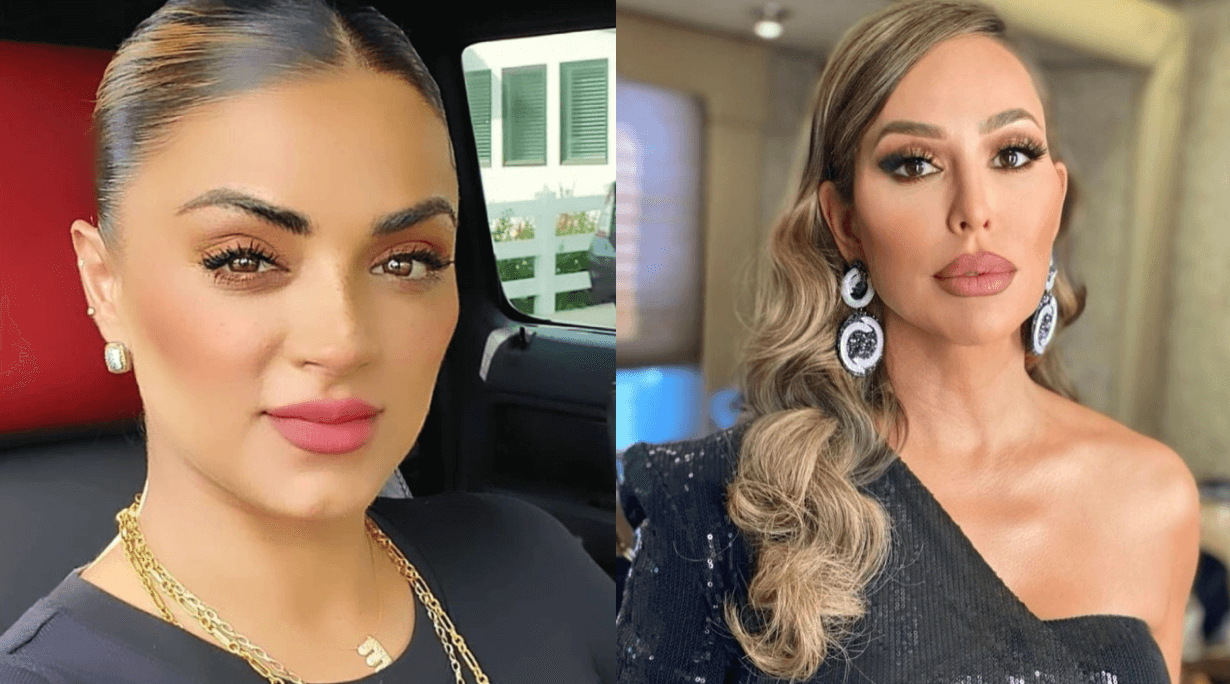 GG called Kelly a “racist”  after the ex-reality star mispronounced her name during one of their social media spats, last week.

“I don’t know who this ghoul girl is, goulash, or whatever her name is,” Kelly said in a since-deleted Instagram video on Thursday. “I don’t know her!”

The Shahs of Sunset star reposted the video and asked Kelly—“Did you just disrespect MY CULTURE by purposely saying my name like that? I would’ve thought getting fired for being a racist would’ve been a big enough lesson but I forgot we’re talking about a privileged person that doesn’t need to change their ways.”

GG, who wears a hearing aid, then took her initial allegation that Kelly is a “bully” to the next level, making sure to note Bravo’s recent decision to ax the former RHOC star.

“I am so glad for your departure because when Bravo decided to create the first ever show about Middle Easterns on an American network called Shahs of Sunset, and the many other shows about different cultures, they also said f–k you to racism and the people whose souls are tainted, so good riddance,” GG added. “And finally, why did you post and delete this video, Ms. Dodd? Did you realize your racist side came out so naturally and that it needed to be deleted?”

Kelly spoke to TooFab about her hot topic feud with GG and claimed that the “Shahs” star started the dispute.

“This narcissist started this fight by attacking me and I still don’t know who she is. I’m mostly Mexican and nearly 30% Native American,” Kelly said. “I’m not a racist and the privileges I have are the ones I’ve earned.”

Kelly explained that she removed the video from Instagram because she’s “sick of talking about this person and won’t anymore,” before warning— “Come after me some more and I’ll sue you.”

“Nice of her to confirm she’s both deaf AND dumb,” Kelly quipped to Page Six when asked about the Bravo beef.

The conflict between GG and the ex-Housewife began on Wednesday after GG wrote she was “soooo glad,” after the news broke of Kelly’s dismissal.  Kelly shrugged off the comment, remarking—“I don’t know that woman. I don’t watch that show.”

Fans know that Kelly has been accused of controversial behavior in the past. Fans clamored for Kelly Dodd‘s dismissal from the network after controversial incidents played out both on and off camera.

Kelly made dicey comments about the COVID-19 crisis, including calling the virus “God’s way of thinning the herd.” She also mocked the  Blacks Lives Matter movement by wearing a hat that read, “Drunk Lives Matter” during her bridal bash.

Kelly was hit by controversy in 2020 after a 2016 clip emerged in which she said—“I don’t like black guys. I don’t even know any black guys.” In February 2021, Kelly Dodd was fired from Positive Beverage over her “controversial views and opinions.”