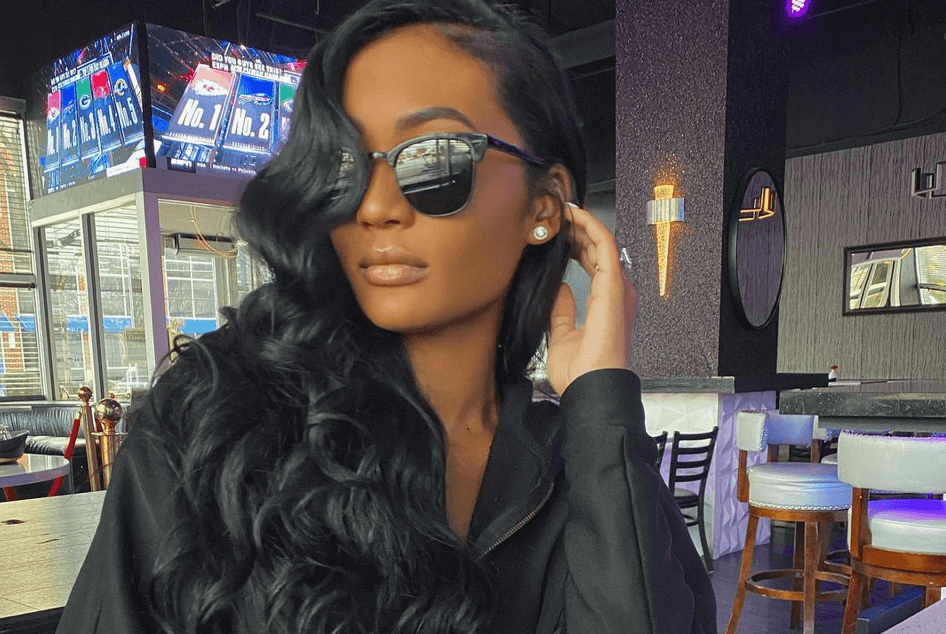 Falynn Guobadia opened herself up to fans on Instagram over the weekend, answering questions that all Real Housewives of Atlanta fans want to know. Viewers were stunned last month when RHOA veteran, Porsha Williams, announced her engagement to Falynn’s estranged husband, Simon Guobadia, after a month-long, whirlwind romance.

Falynn answered with a simple “no,” when a fan asked if she would be appearing on the next season of the Bravo reality show.

“Are you pregnant?” another IG user asked.

“This rumor came from a hurt person,” Falynn responded. “If/when I am pregnant, that will be my story to share with the world. Not a man’s.” 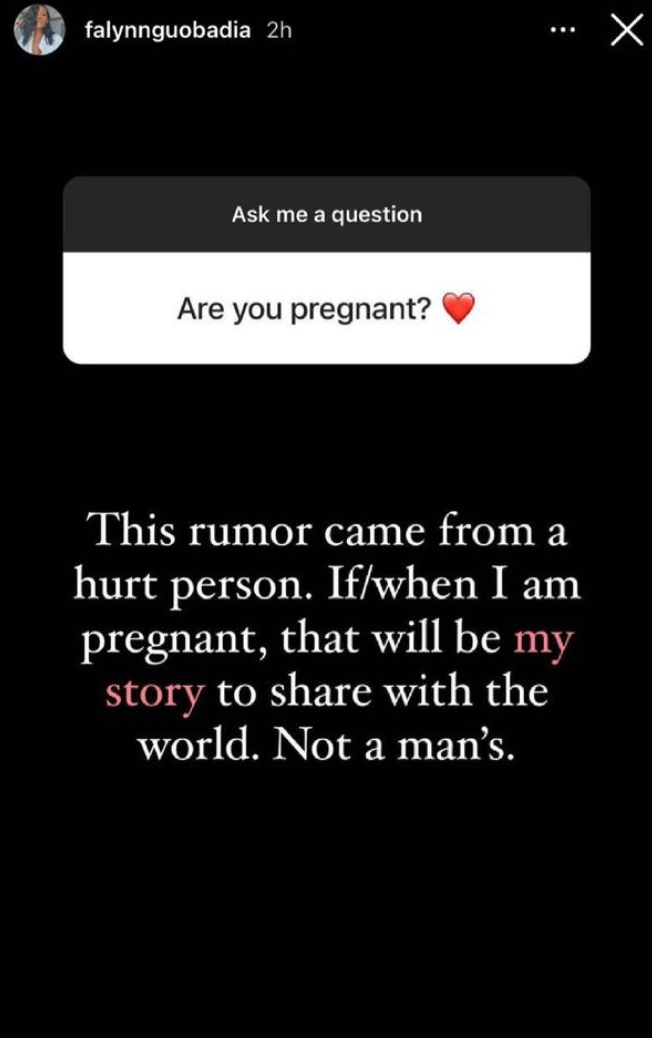 As reported earlier this month, Simon retaliated after Falynn revealed a preview of a since aired interview, by sharing the vid on his Instagram account and adding a bombshell caption. He pointed his followers to the Instagram account of Jaylan Banks, who is described in his bio as an Atlanta-based entrepreneur. He also accused Falynn of being pregnant with Jaylan’s child.

Falynn and Jaylan have both denied any romantic relationship.

Another fan asked—“Do you have any hard feelings towards Porsha?”

“I do not have any feelings for a person who does not travel on the same frequency as I,” Falynn replied. 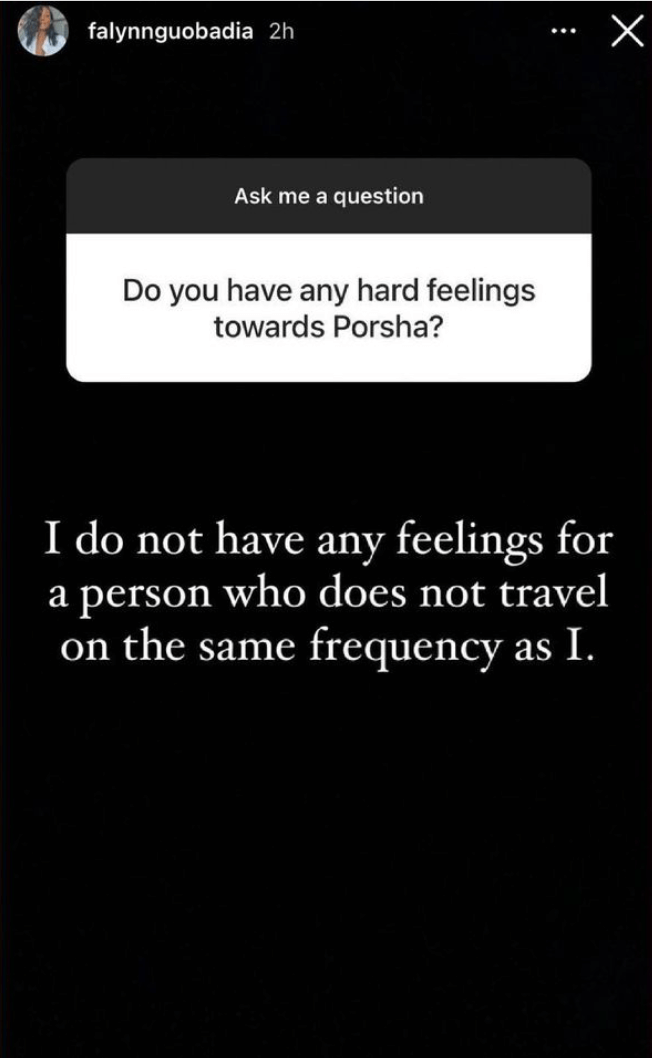 “Falynn and I are not friends, and Simon’s divorce has been settled,” Porsha wrote in her bombshell engagement announcement, in May. “Our relationship is a positive, loving step forward in everybody’s lives.”

“Are you divorced yet?” a viewer asked. 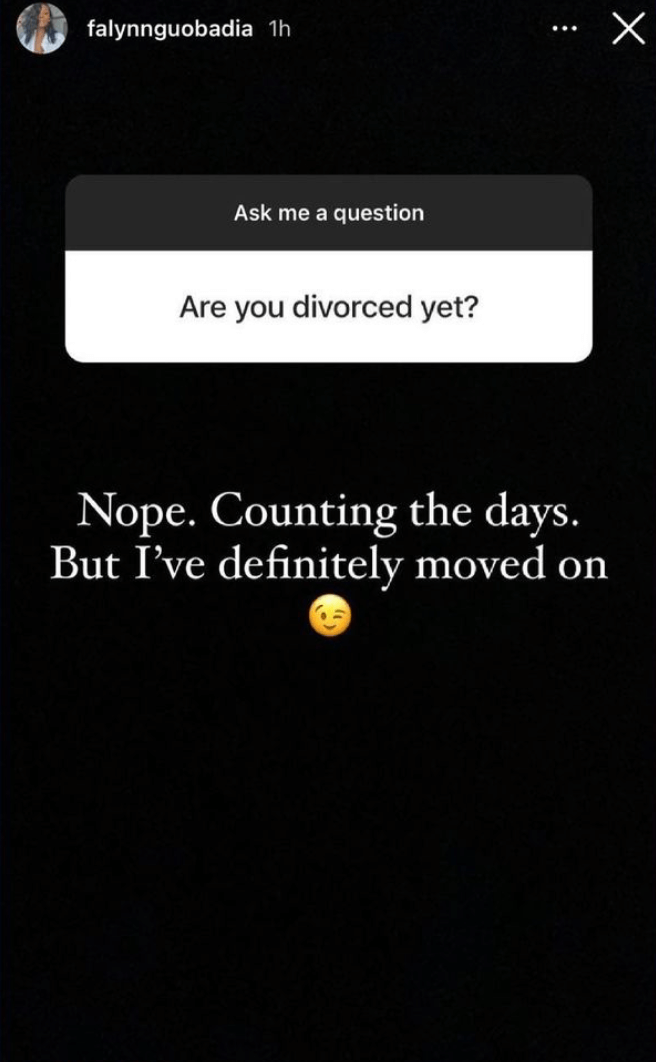 As reported earlier this month—The ex-couple’s prenuptial agreement states that Falynn and Simon agreed to divide profits from any shared property, which is estimated at $153,725.34. Simon will reportedly pay Falynn $50k in two payment installments as an equitable division payment, as outlined in the premarital document, according to a People report.

Marital property is typically split based on the principle of equitable division in the state of Georgia, which allows the court to determine how to split the assets in a fair or equitable way. Some cases land in a 50/50 scenario, while others do not. Simon will maintain ownership of the marital home, which was recently put on the market for $4.99 million. 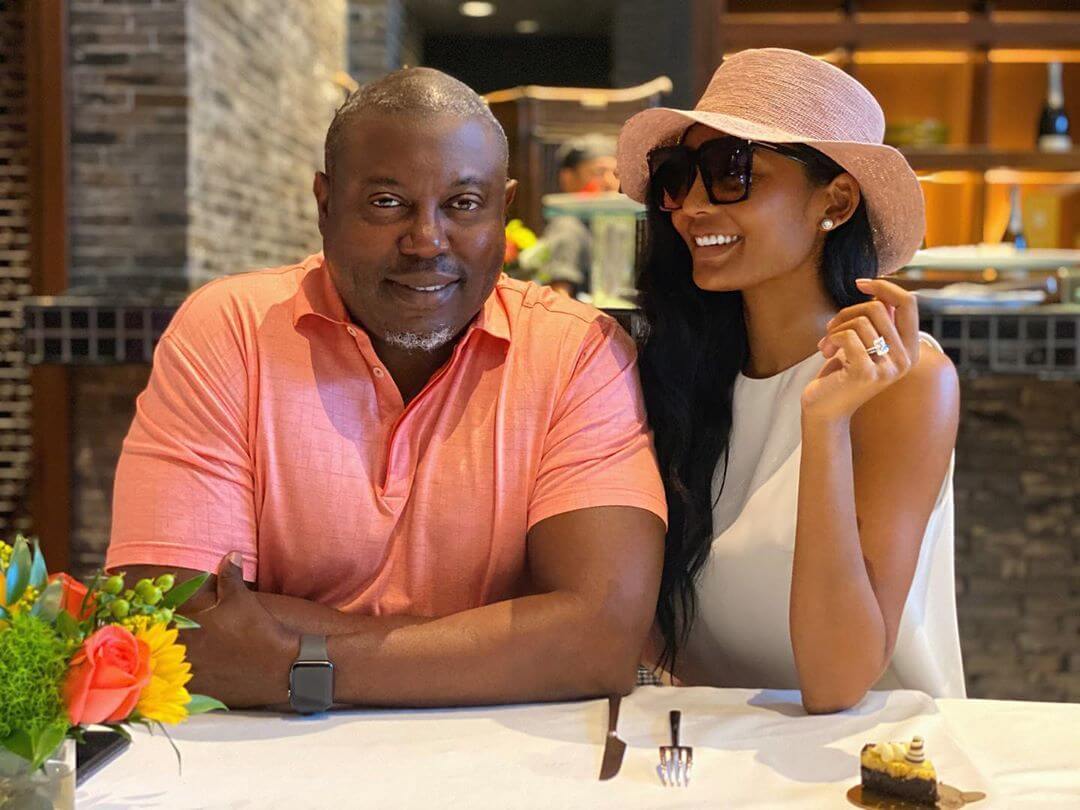 “After two years of marriage and 5 years of friendship, Simon and I have made the difficult decision to go our separate ways,”  Falynn wrote via a statement on Instagram, in April. “We are deeply thankful for the impact we have made in each other’s lives, as well as the bonds formed with each other’s children. This mutual decision was not made lightly and despite our current willingness to be transparent, we only ask our friends and supporters to be respectful of our privacy as our family gets through this very difficult period.”