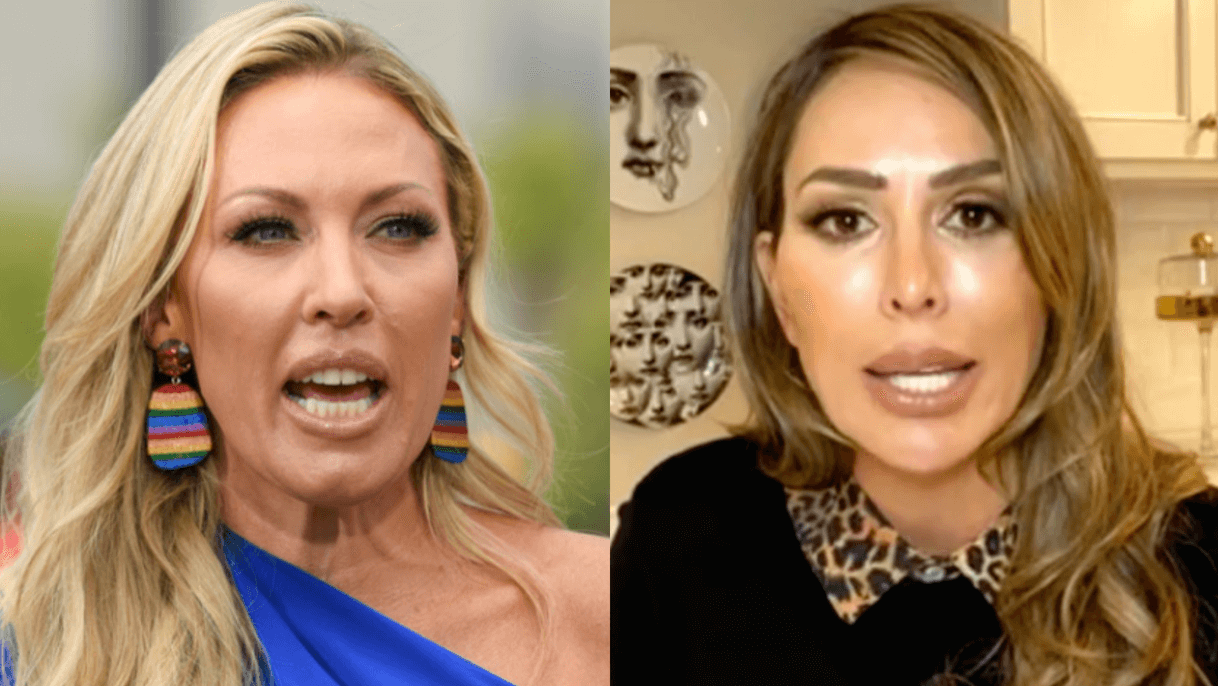 Kelly Dodd put her former co-star, Braunwyn Windham-Burke, on blast on Thursday—blaming the mom of seven for getting them fired from the Real Housewives of Orange County.

Kelly revealed a text message communication with Braunwyn that took place in the wake of the firings—then blasted her former co-star in the caption, blaming her for the double dismissal.

Kelly, 45, posted a screenshot of the alleged exchange in which Braunwyn, 43, wrote—“I hope you’re okay, I know we’ve been through hell and back but I’m here.”

Kelly wrote back—“This was your fault. We’d still be on the show if you didn’t make things so dark and ugly and brought all that political “woke” BS. Your lies about me, calling me a racist and a homophobe were horribly…”

Fans know that Braunwyn’s road to sobriety coincided with her coming out as a lesbian.

“Well I’m still sober and still gay, like I said if you ever want to talk I’m here,” Braunwyn responded.

The former reality star slammed Braunwyn in her caption writing—

“I can’t believe this Braunwyn has the audacity to text me !! She went on a podcast .. She said she was fired from the show because we all didn’t like her because she’s gay.”

Kelly continued, listing her own theories behind Bravo’s decision to ax the controversial Housewife.

Kelly later responded to a fan who pointed out that she was likely fired because of past episodes of “bullying.”

“No because I’m conservative!” Kelly fired back. “That’s why I got fired pure and simple.”

In January, Kelly stated that she would not return to the show if Braunwyn was invited back.

“I know I cannot film with Braunwyn. I know for a fact that I cannot film with her. There’s just no way, and if she comes back then I’m out because I know for a fact that I cannot. She’s dangerous and calling people racists and homophobic,” Kelly said on Instagram Live.“If I’m coming back next year, I just can’t come back next year filming with somebody so reckless. I just can’t. If she’s on, I’m probably out. So, that’s probably the way it goes. And by the way, she says she couldn’t film with me, so there you go.”