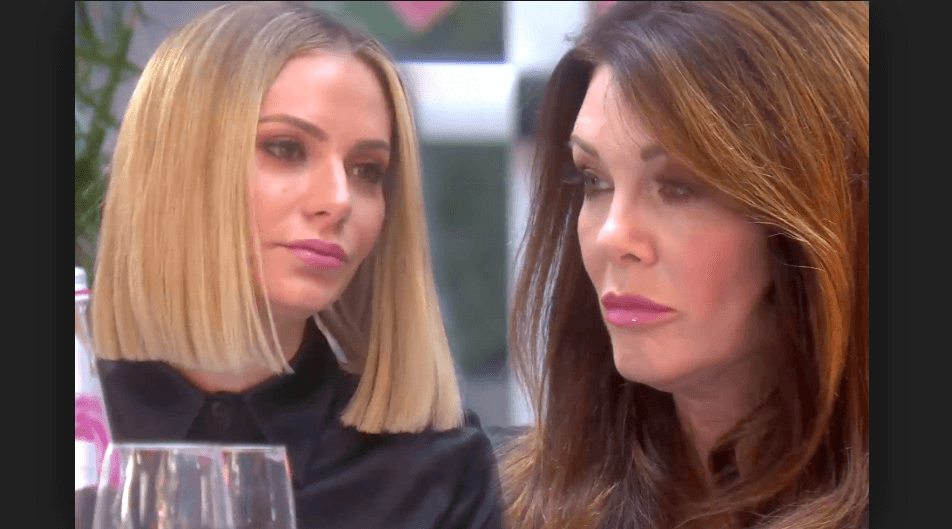 Lisa Vanderpump fired back at Dorit Kemsley after her former Real Housewives of Beverly Hills co-star dished about a frigid encounter with her ex-friend. The Vanderpump Rules boss took to Twitter to mock the Bravo star, quipping that she “didn’t recognize her”—pointing to Dorit’s plastic surgery makeover.

Lisa posted a before/after screenshot of Dorit, writing “Ignore her? I just didn’t recognize her lol.” The tweet was later deleted. Lisa posted the snarky diss after the RHOBH star accused the restauranteur of giving her the cold shoulder at a Los Angeles eatery. 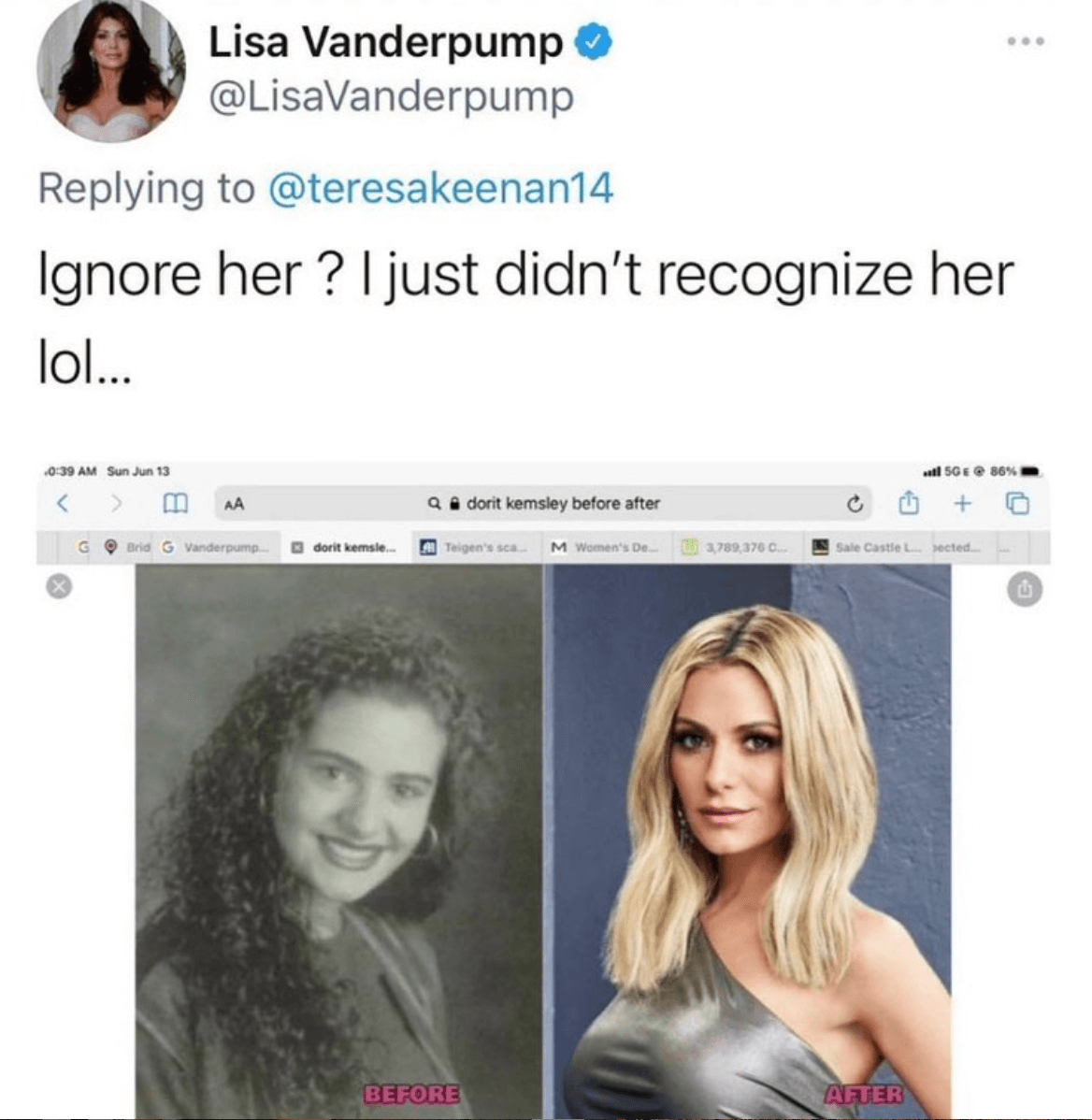 “We did not say a word to one another. [Lisa] knew I was there. I knew she was there,” Dorit told RHOBH alum, Teddi Mellencamp, on a recent episode of her podcast, “Teddi Tea Pod.”

“We never made eye contact, we never went up to one another,” she added.

The duo’s friendship hit a wall during Season 9 after Kyle Richards confronted Lisa about leaking a story about Dorit Kemsley’s botched dog adoption from her rescue center, “Vanderpump Dogs.”

Dorit spoke about the breakdown of the friendship during her podcast chat.

“She’s made her position very, very clear, and that’s been outside of publicly how she talks about us, even intimately to our friends, how she feels about [my husband PK Kemsley],” Dorit said. 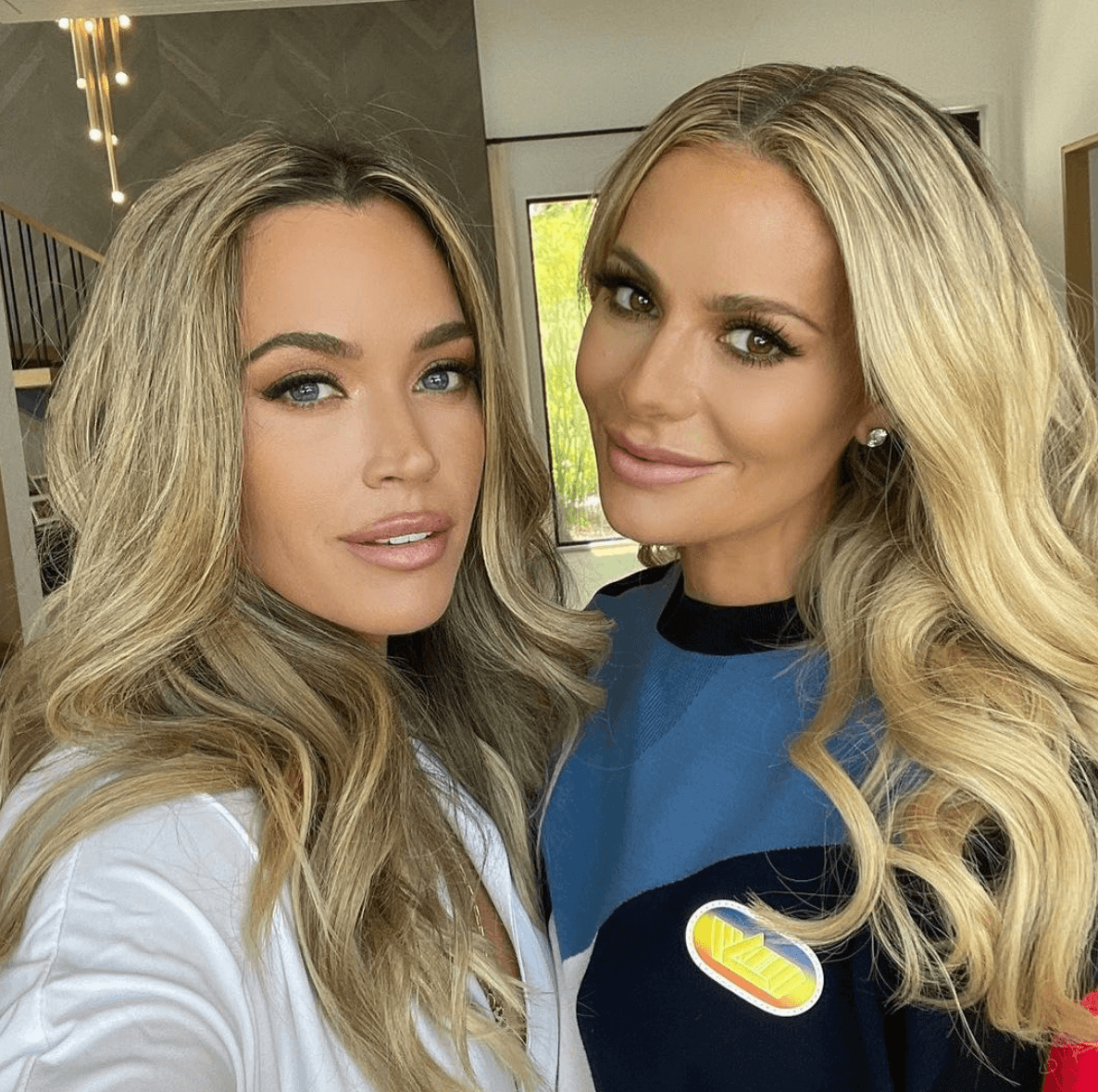 “And I and how she’s really not interested in a friendship. And that’s all I need to know,” she added.

“I would have loved for us to have been able to find a way to rekindle a friendship or to move past any animosity,” Dorit explained. “I would have done that with Lisa. But it’s not what she wants.”

Lisa’s comeback aligned with a scene aired on last week’s episode, during a cast trip to Lake Tahoe. The ladies discussed their various experiences with plastic surgery against the backdrop of Kyle Richards’ much-discussed nose job.

“They’re up there and they tickle me, they’re dangling, sometimes they move and tickle,” Kyle explained after stepping away to sneeze. 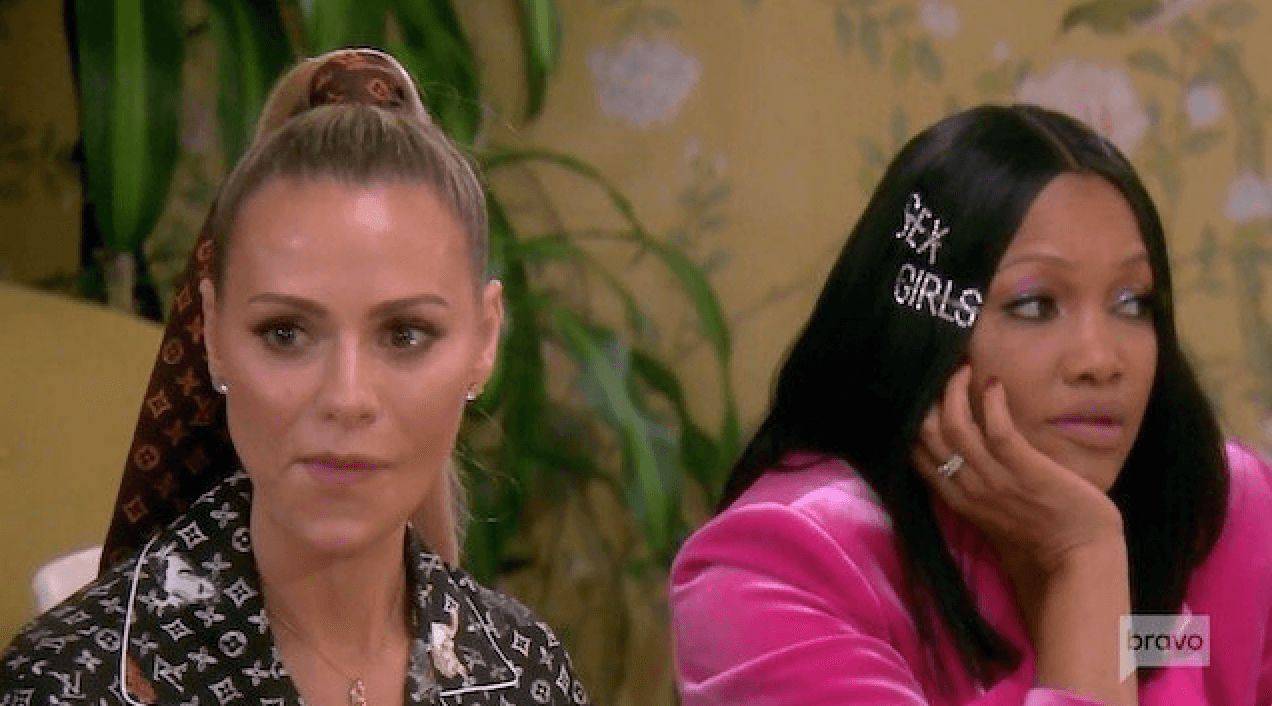 Garcelle Beauvais then put the women on the spot to spill about their own past plastic surgery procedures.

“How many people have had their nose done here?” Garcelle asked.

“I’ve had my nose done when I was 41,” Erika Jayne finally confessed. 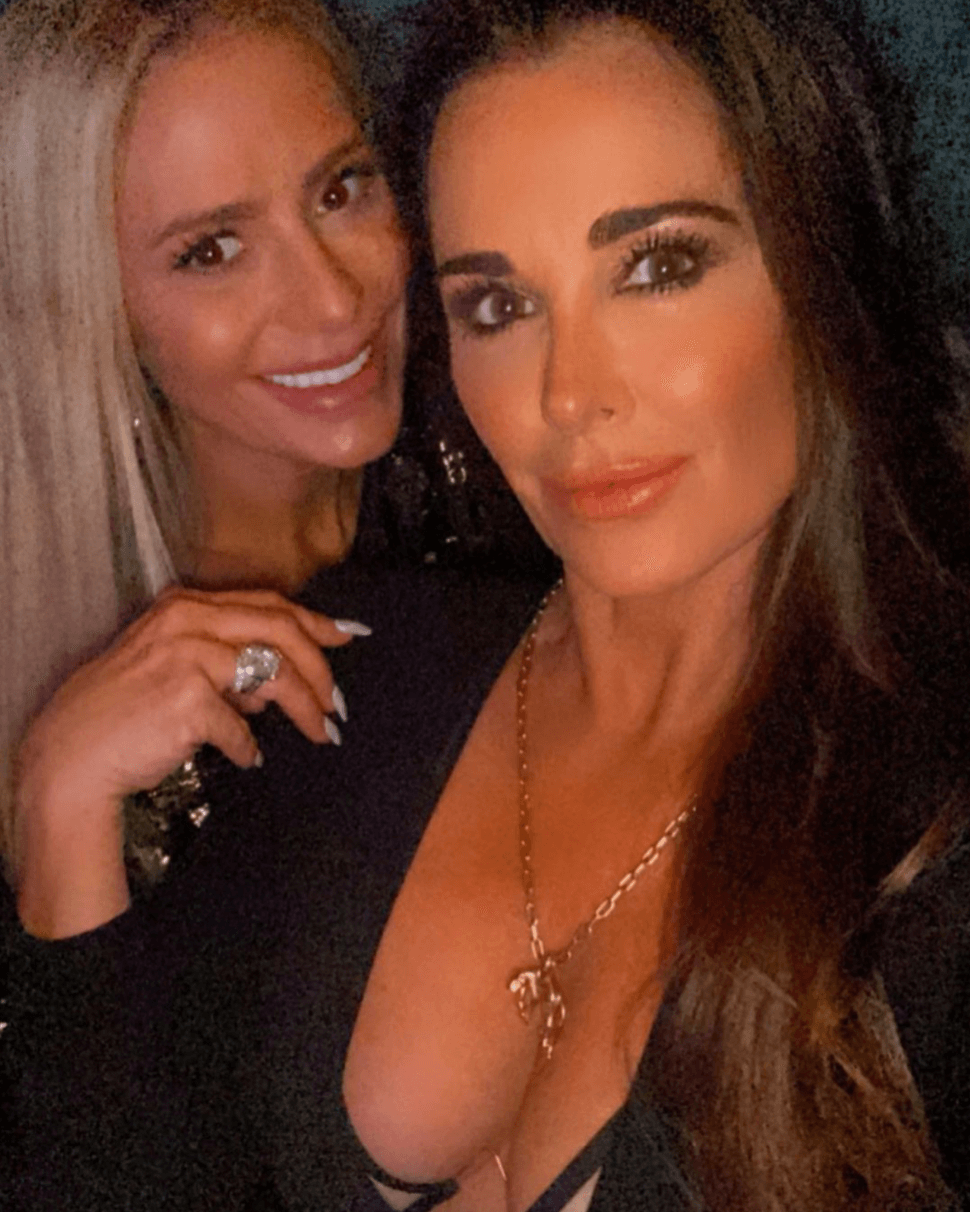 Kyle raised an eyebrow at Dorit’s remark in a confessional spot and production provided a throwback photo of the reality star alongside her current face, revealing a drastic difference in her nose— confirming Kyle’s suspicions.

“I know wonders can be done with makeup and I see that Dorit does a lot of contouring, but I know that most people here think she’s lying,” Kyle quipped.