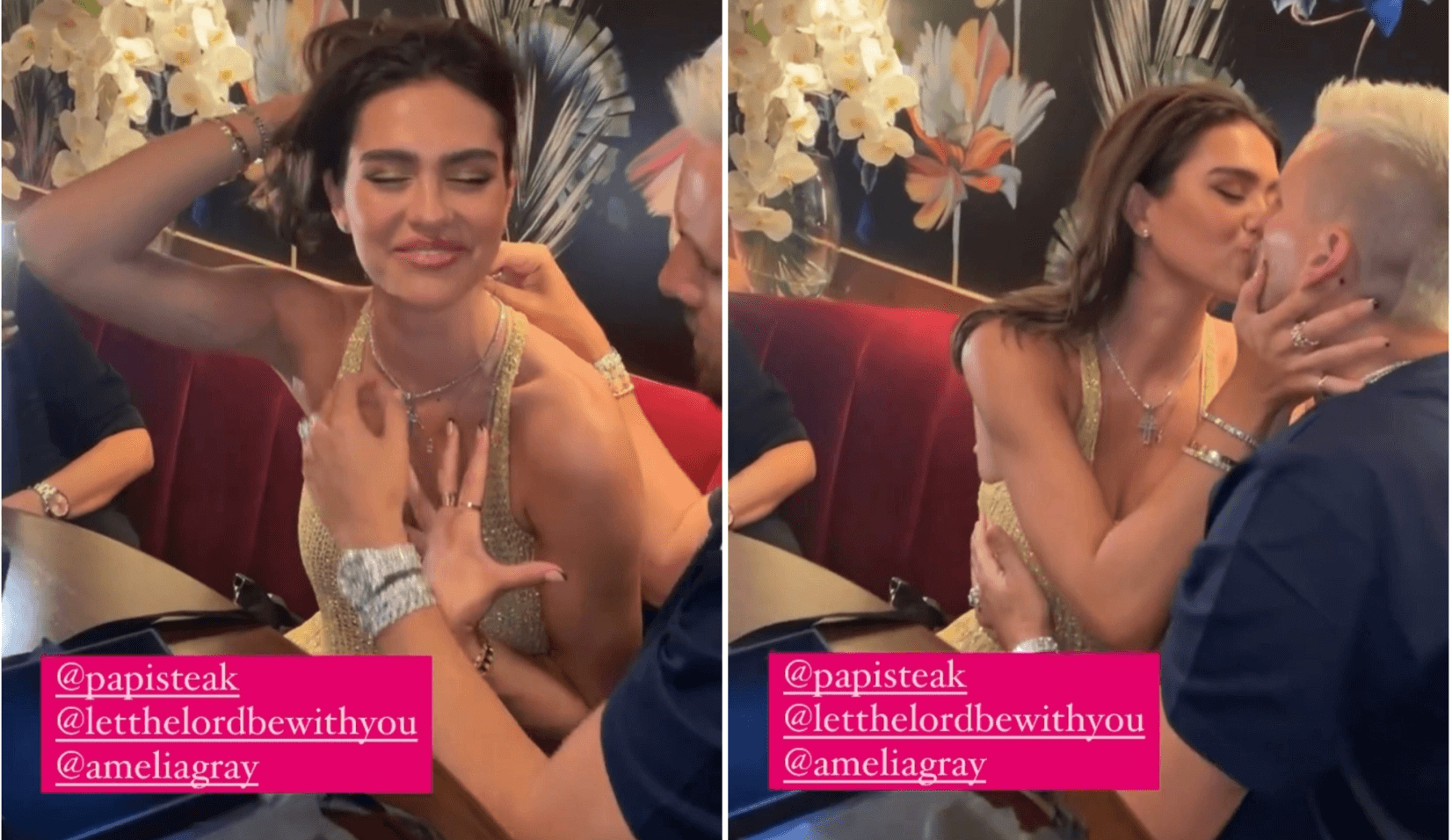 Scott Disick is no longer dating a teen. Amelia Hamlin celebrated her 20th birthday over the weekend with a glittery birthday party in Miami. The model shared a series of posts on her Instagram Stories, giving fans a peek into the lavish bash.

The daughter of Real Housewives of Beverly Hills star, Lisa Rinna, showed off her birthday outfit first—a gold metallic crop top and matching miniskirt. Amelia shared a hand-in-hand shot with Scott along with videos of her birthday dinner at Papi Steak restaurant. A giant 5 tier birthday cake was also highlighted, the gold confection decorated with photos of the couple along with shots of Amelia in her underwear. Scott gifted Amelia with a diamond-encrusted cross necklace, which appeared to almost bring the model to tears. The lovebirds later moved on to LIV nightclub, where Scott reportedly made an appearance at the DJ’s booth.

The deluxe celebration went down one month after Amelia gifted Scott with a Harley to mark his 38th birthday. Amelia shared several photos of the duo getting cozy on a boat, on Instagram.

“Happy birthday my love. you light up my life, and make my world better. i can’t imagine what i would do without you,” Amelia captioned a snap dedicated to Scott.

“Thank you for being you. the most caring, loving, special person on this planet,” she continued. “i’m so lucky. i’m so blessed to have met you.”

Amelia has been romantically linked with Scott since October 2020. The pair went Instagram official around Valentine’s Day.

A source told People in March that things were getting serious between the model and the Keeping Up With the Kardashians personality. Amelia is the youngest daughter of Lisa Rinna and Harry Hamlin.

“He’s been telling friends how much she means to him and how into her he is,” the source said.

The insider added that neither Scott nor Amelia “feel” the almost two decades age difference.

“She grew up in the industry and knows how all this works,” the source said about Amelia. “It’s a different type of maturity, and they really don’t feel the age difference.”

“They’ve been inseparable and have been going back and forth between Miami and L.A.,” the tipster added.

As reported in March—The New York Post reported that Amelia was spotted touring luxury homes in the Miami area with the Keeping Up With the Kardashians personality. The couple checked out several waterfront properties, all valued at $5 million-plus, including one three bed/three bath property located in the Bayfront area on Miami Beach. The 1911 sq. ft. home was reportedly available for an off-market deal, after being sold in December 2020 for $5.9 million.