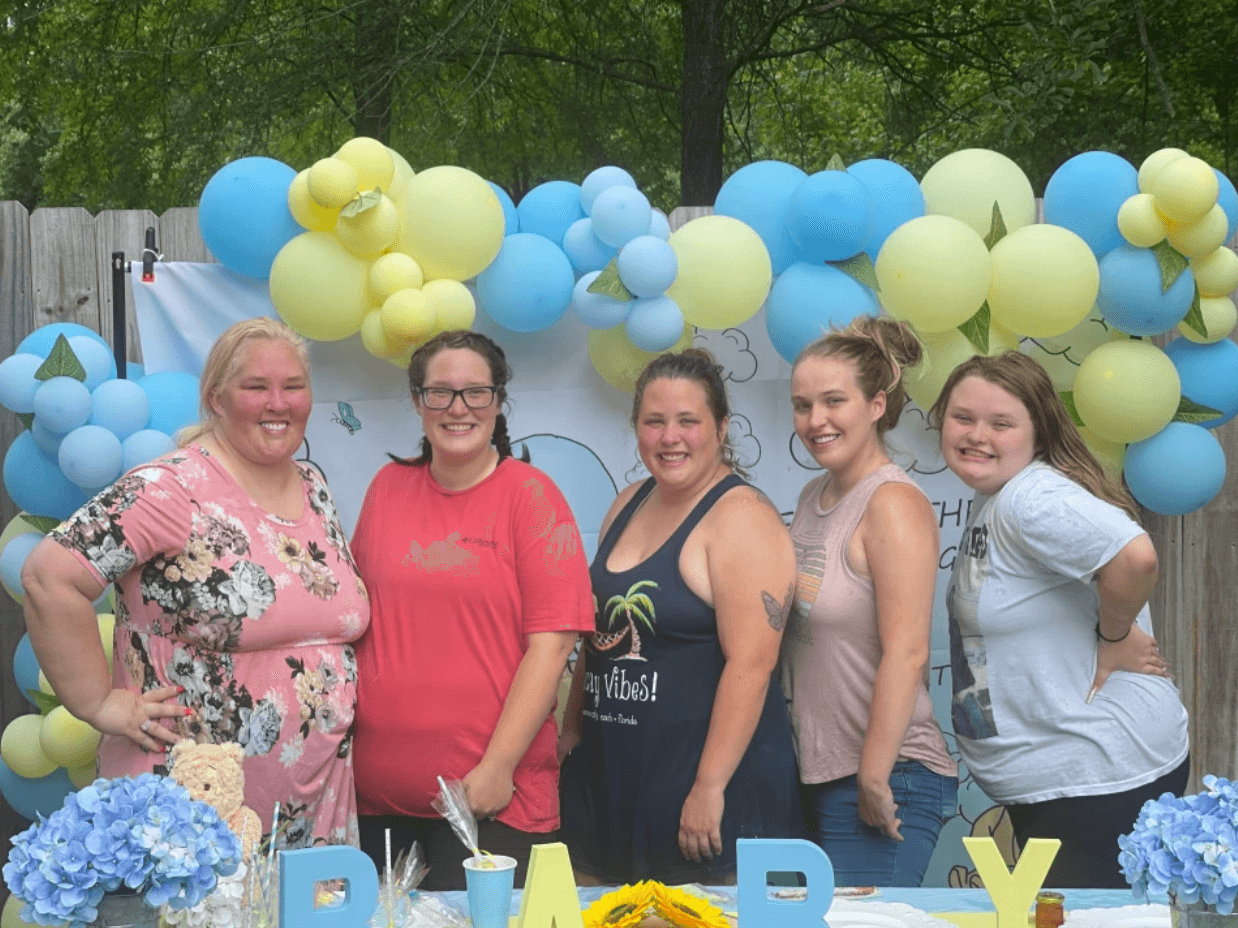 Mama June Shannon recently reunited with all four of her daughters to celebrate Lauryn “Pumpkin” Efird’s baby shower. The family has reportedly not connected for six years.

The clan shared photos of the happy backyard event, where June posed happily beside Anna Cardwell, 26, Jessica Shannon, 24, Lauryn Efird, 21, and Alana Thompson, 15. Fans know that the reality TV mom is a recovering drug addict and that the family’s bumpy journey has been documented on Mama June: Road to Redemption.

June, 41, who was wearing a floral dress, confessed that reconnecting with her eldest daughter, Anna, aka “Chickadee,” was a “little weird.”

“I haven’t seen all the girls together at once because the relationship with Anna has always been difficult – because of my mother,” June commented at the baby bash.

“I wanted to be in the right frame of mind to be able to deal with Anna as it’s always been a touchy subject,” she added. “But seeing her and her daughter Kaitlyn was great. She is still with the same boyfriend and it was a little weird to see them.”

“But I did what I call ‘roll call’ with all the girls being there,” June remarked.

June gave birth to Anna when she was 15 years old. In 2014, the family’s reality series, “Here Comes Honey Boo Boo,” was axed after June began spending time with a man who was convicted of molesting Anna as a child. In 2015, Anna sued June over money she felt she and her daughter were owed from their time on the show. They also clashed over cash made from joint promotional projects. Their relationship only worsened after June spiraled into drug addiction.

June’s drug addiction made headlines after she was arrested with her boyfriend, Geno Doak, for possession of a controlled substance and a crack pipe, in 2019. The couple checked into a Florida rehab facility on the season finale of Mama June: From Not to Hot: Family Crisis. Geno admitted to dropping $150k on crack cocaine in six months.

The Trussville Tribune reported that June agreed to random drug screenings and surprise searches of her car, home, and possessions to avoid prison time. The reality star is forbidden from using drugs or alcohol and cannot visit anywhere they are used or sold, including restaurants and bars. She must remain employed and will be required to complete 100 hours of community service. June will stay under court supervision for a year.

“There were about 50 people here with a water slide,” Pumpkin shared. “We didn’t do a cake so we decided to do individually wrapped cookies because of the Covid situation.”