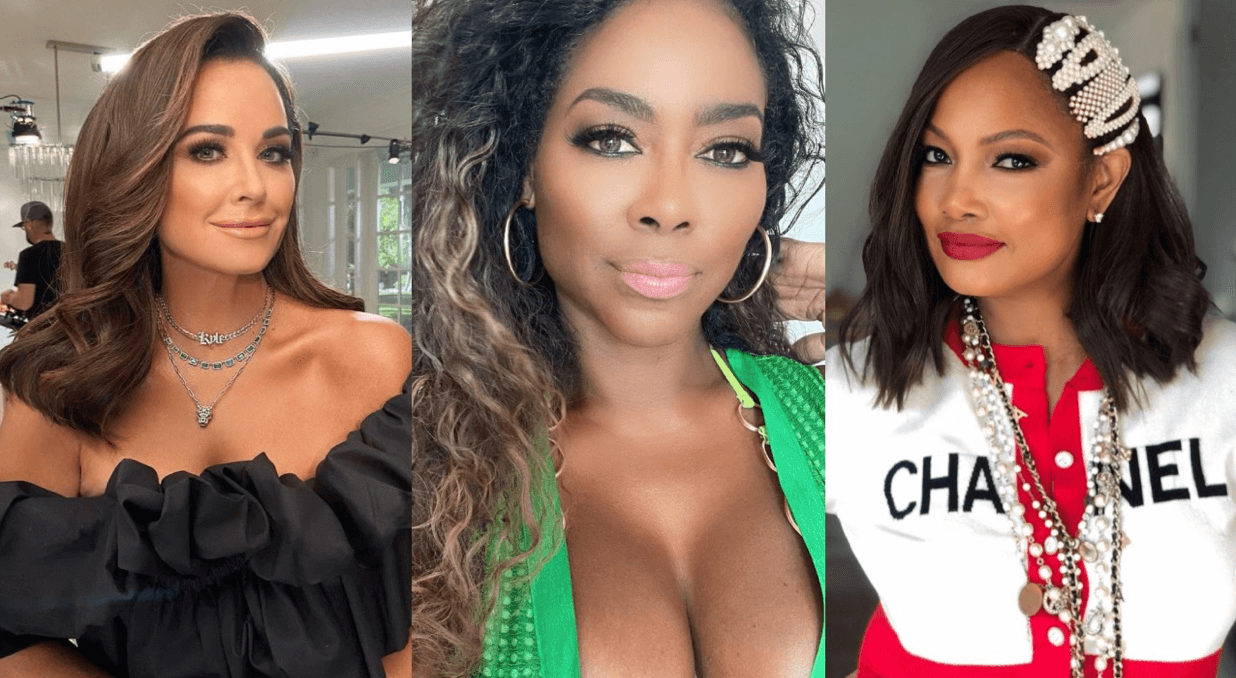 Kenya Moore accused Real Housewives of Beverly Hills star, Garcelle Beauvais, of pulling a “race card” while addressing the charity donation mixup that went down with her co-star, Kyle Richards.

The Real Housewives of Atlanta star took to Twitter to call out Garcelle after she questioned Kyle about whether she would have publicly called out a white castmate for doing the same thing.

“I don’t think @KyleRichards calling Garcelle out about not paying her donation has anything to do with color,” Kenya tweeted, after a recent episode of RHOBH.

“It’s not a black or white issue it’s a green issue,” Kenya added. “Let’s not pull the race card every episode. They weren’t cool at the time. Glad they talked it through.” 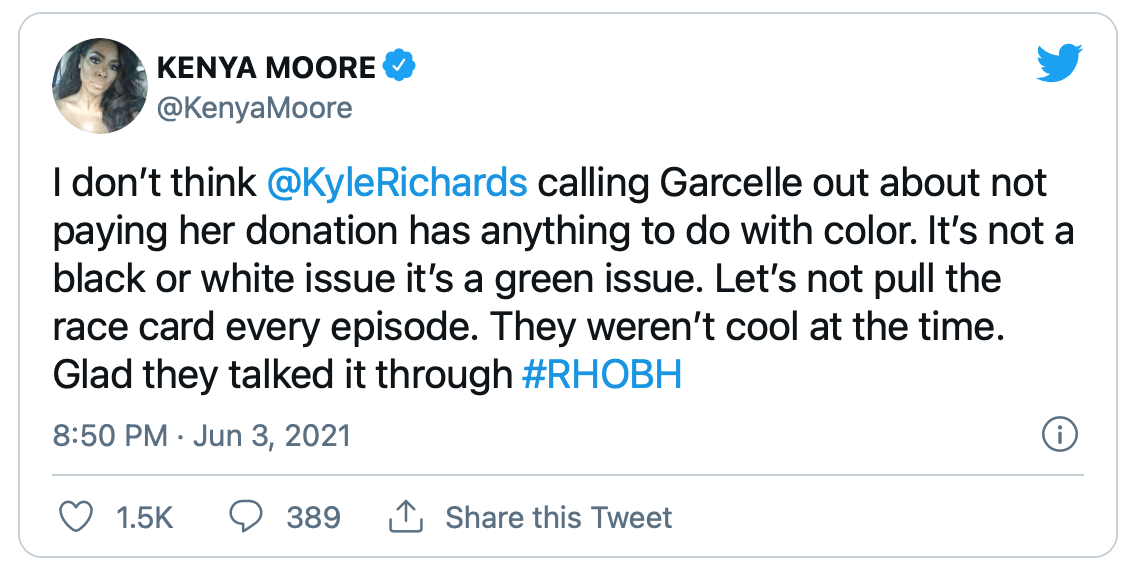 Fans know that Garcelle, who is currently in her second season, clashed with Kyle during Season 10. Garcelle, who is the first black woman to be cast on the Bravo franchise, accused the only remaining OG of ignoring her during cast chats, but Kyle claimed that Garcelle never gave her a fair shot at building a strong friendship.

Things hit the fan during the Season 10 reunion after Kyle accused Garcelle of reneging on a $5k donation she made to a children’s hospital during a filmed auction charity event, which took place at Kyle’s home. Garcelle was appalled by the accusation and assured Kyle that she had made good on her donation. It was later clarified that a miscommunication was behind the misstep, and Garcelle eventually followed through with her pledge. 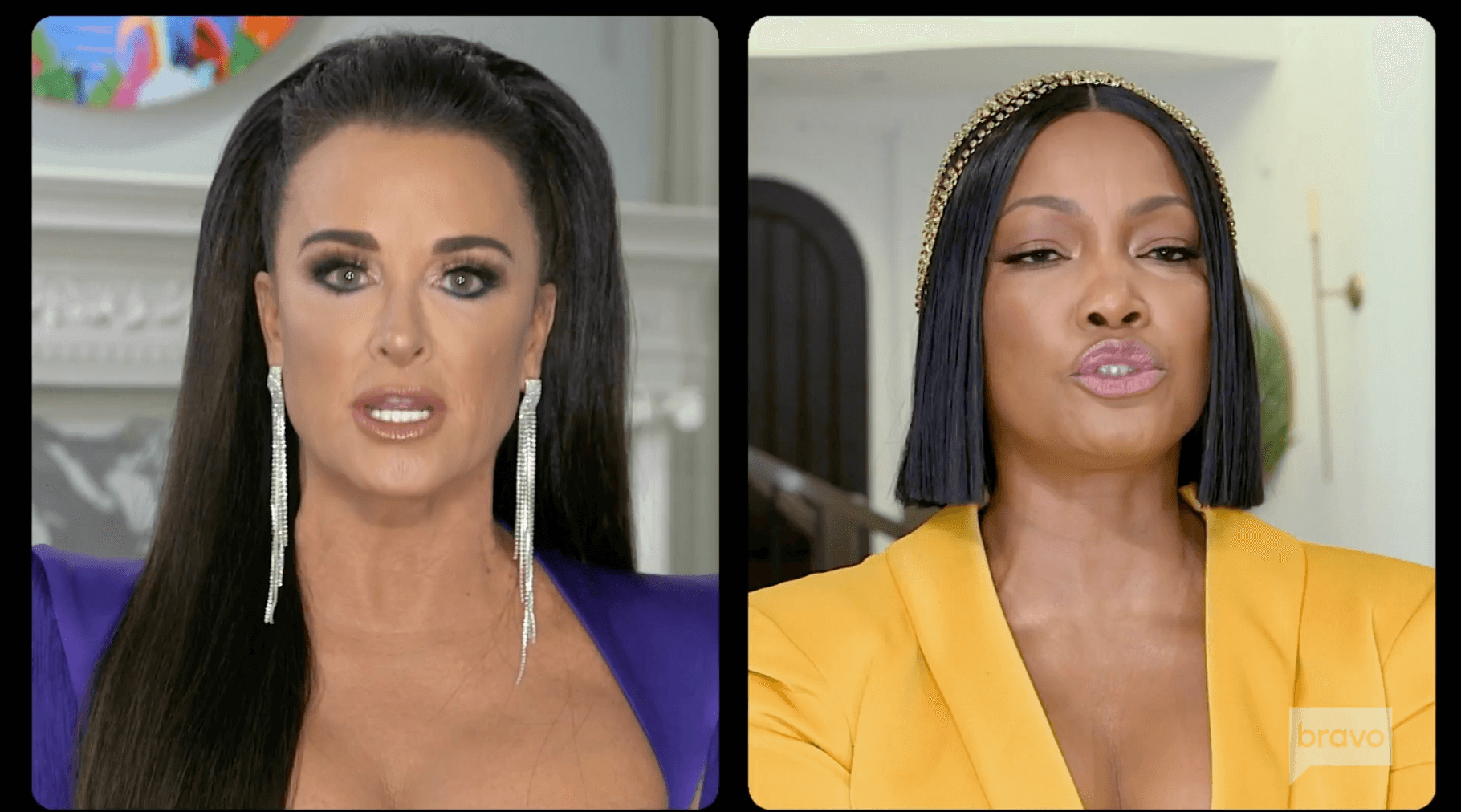 Fans watched Kyle and Garcelle meet for lunch at the beginning of Season 11, to hash out the financial fireworks that exploded during the reunion. Garcelle explained to Kyle that the accusation was hurtful because it fueled a stereotype of black people not paying their bills. Kyle told her that she was unaware of such a stereotype and apologized, assuring Garcelle that her race had nothing to do with her actions. The duo appreciated the honest exchange and went forward in a better place. Garcelle even re-followed Kyle on Instagram, after cutting her from her feed.

As reported in March—Garcelle spoke to Vulture about the controversy and shared how her relationship with Kyle had improved. 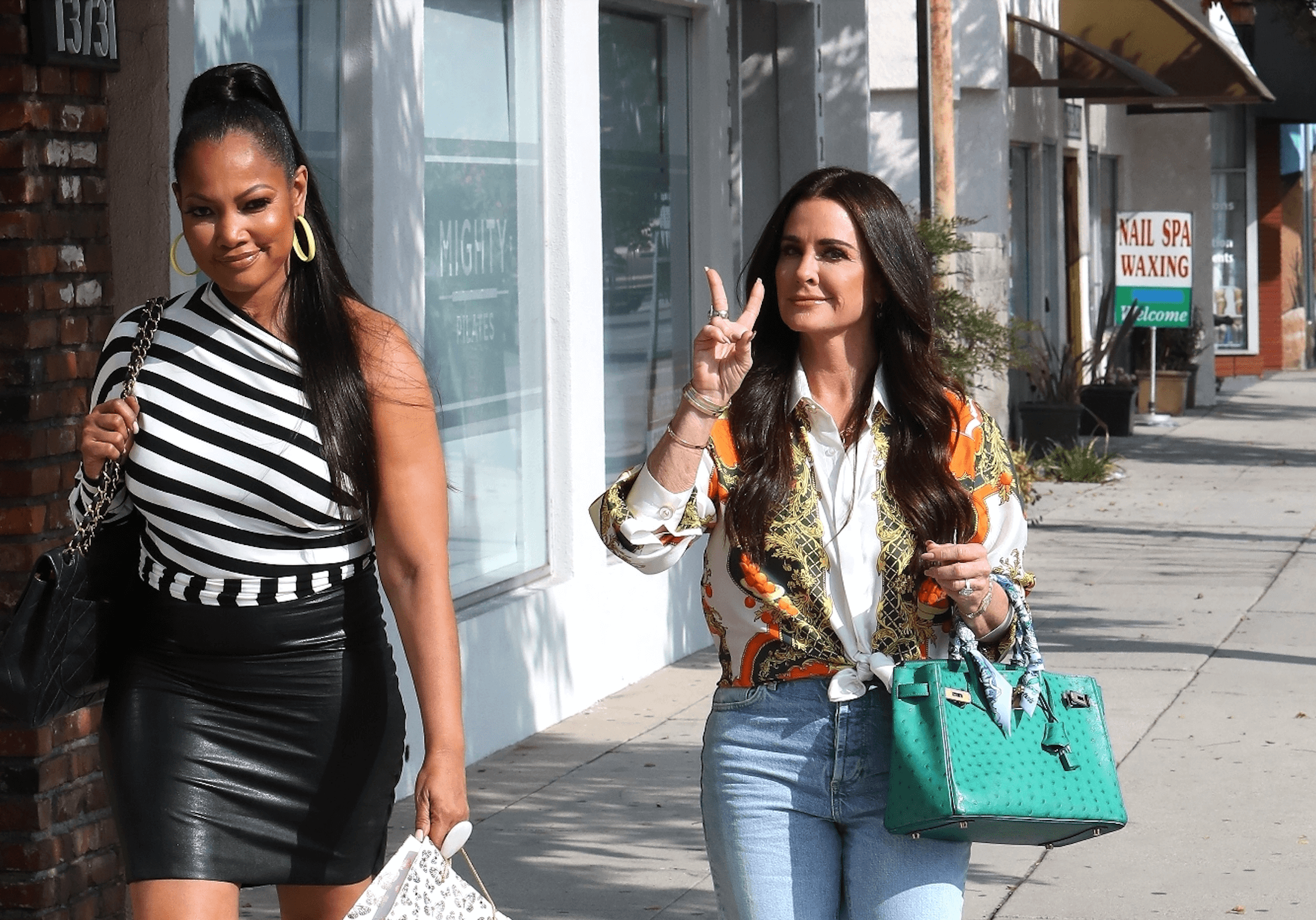 “I think what changed is sometimes you have to have the conversations that are tough. If you turn on any news, any talk show, anything right now, all of them have talked about race issues,” the reality star told the outlet. “I think whenever you have those difficult conversations, it can either go one of two ways: It can either go that relationship is severed and you both don’t get each other, or you were able to get past it and actually have a deeper conversation and maybe something important came out of it.”