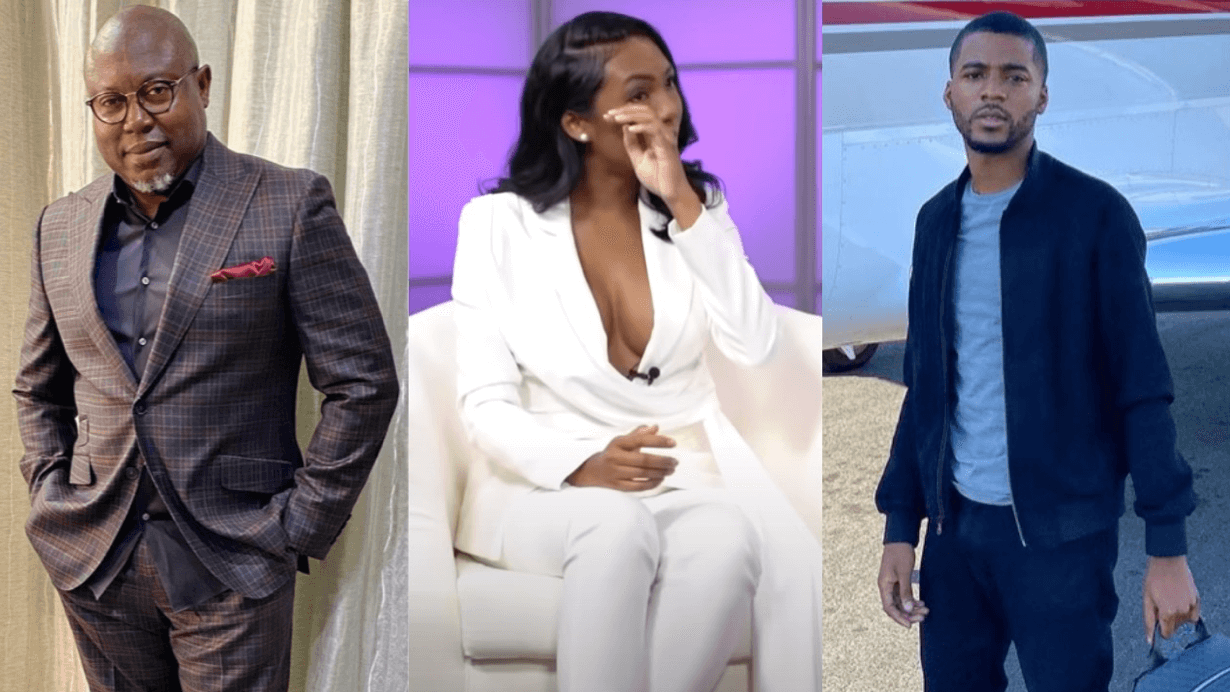 Simon and his estranged wife, Falynn Guobadia, are ready to play hardball. Fans know that Simon and Falynn announced their breakup ahead of Real Housewives of Atlanta star, Porsha Williams, dropping the bomb that she was engaged to Simon, after a month-long romance. Falynn initially took the high road in responding to the scandal—but is now ready to open up about the Bravo jaw-dropper.

Falynn recently sat down with Adam Newell to spill her side of the story and a mini-preview of the interview dropped on Adam’s YouTube show “Up and Adam!” on Thursday. The interview is set to air on June 10.

Simon fired back after the trailer went live.

Falynn, who was rocking a dazzling white pantsuit, dramatically walked on set to kick off the preview clip.

“Fans were speculating that you may have been cheating on Simon,” Adam said.

“Simon doesn’t get caught unless he wants to be caught,” Falynn responded.

Adam pointed out that Simon convinced her to appear on RHOA and that Porsha had been welcomed into their home.

“I meant what I said when I said my vows,” Falynn stated while dabbing tears. “It hurts like hell.”

Simon fired back by uploading the preview vid on his Instagram account and adding a bombshell caption. He pointed his followers to the Instagram account of Jaylan Banks, who is described in his bio as an Atlanta-based entrepreneur. He also accused Falynn of being pregnant with Banks’ child. 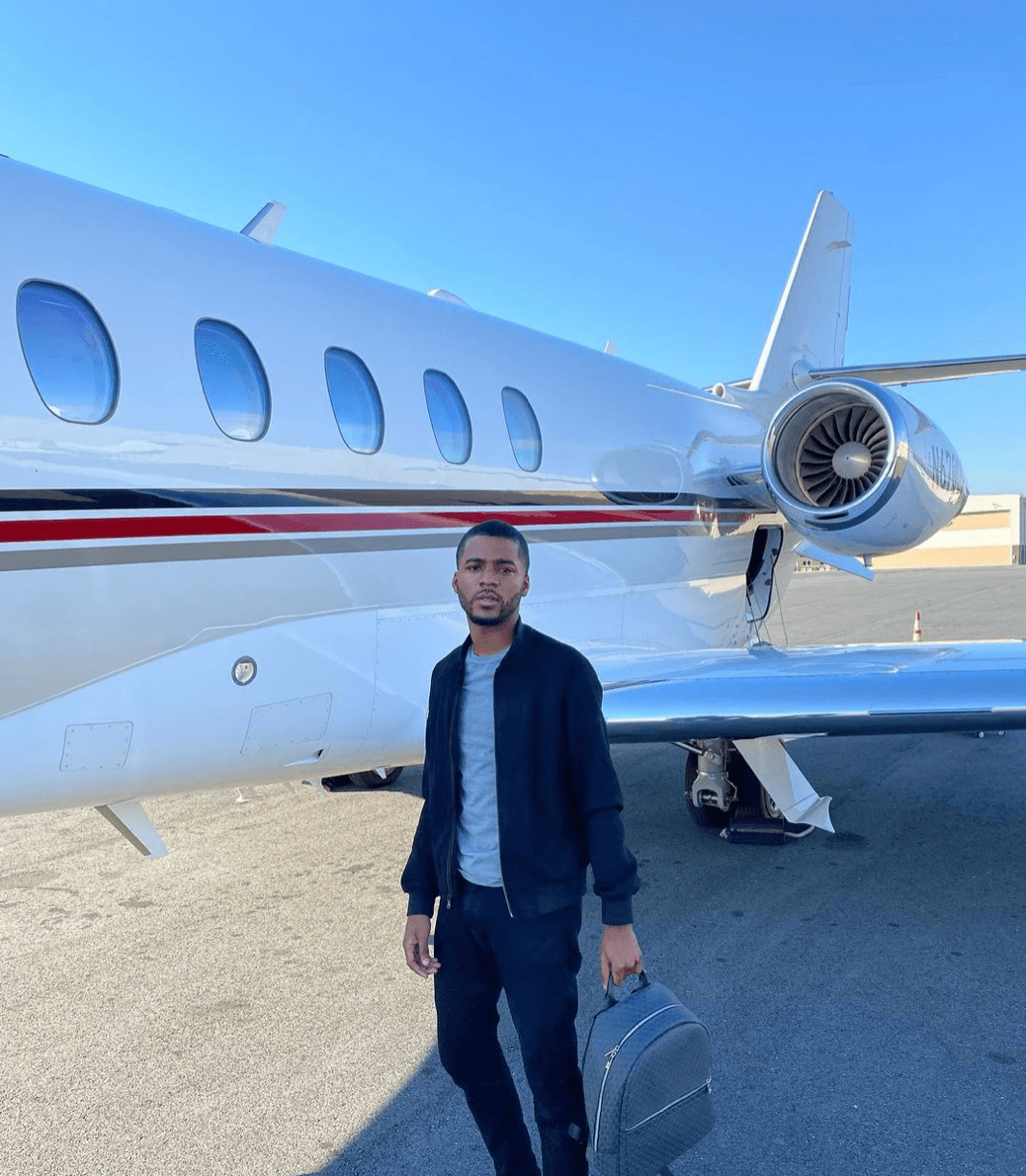 “Who else is here from Simon‘s page?” one fan asked.

“sir…..prepare yourself for millions of people 😂” a user advised.

Falynn announced that she and Simon had made the decision to split on April 22, only a couple of weeks before Simon and Porsha became engaged. 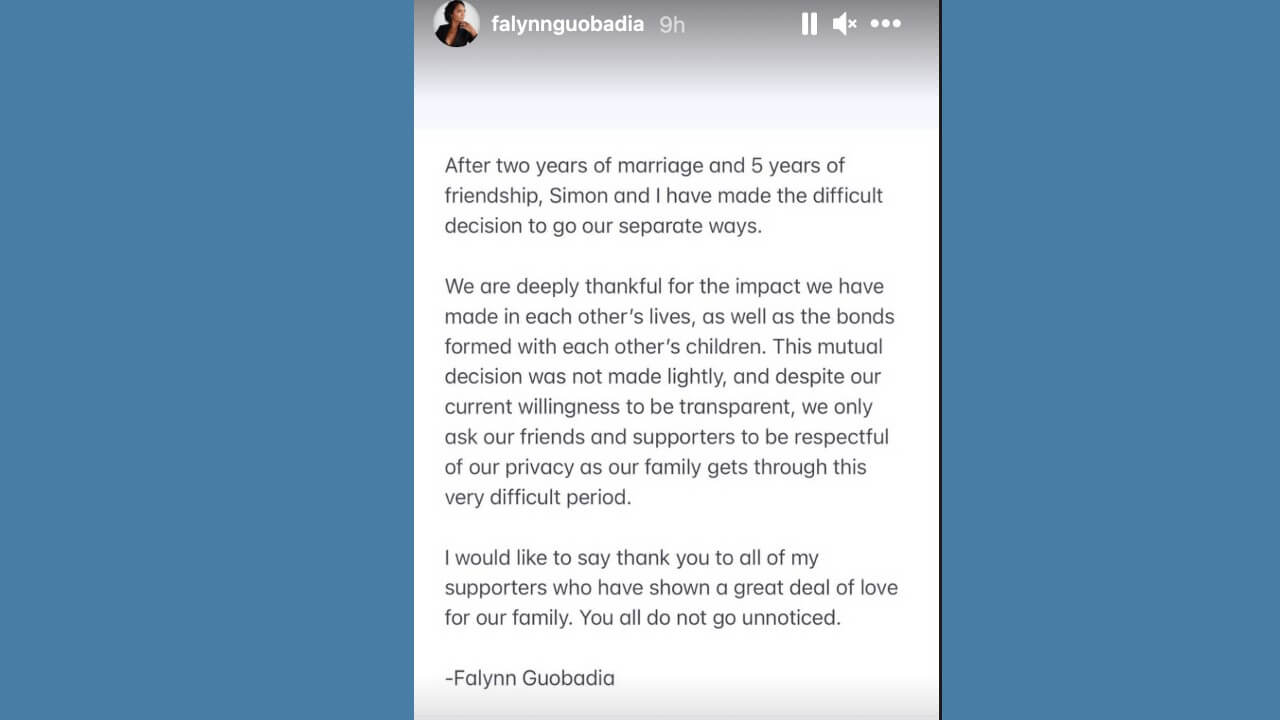 “After two years of marriage and 5 years of friendship, Simon and I have made the difficult decision to go our separate ways,” Falynn wrote on Instagram.

“We are deeply thankful for the impact we have made in each other’s lives, as well as the bonds formed with each other’s children. This mutual decision was not made lightly,” she continued — “and despite our current willingness to be transparent, we only ask our friends and supporters to be respectful of our privacy as our family gets through this very difficult period.”