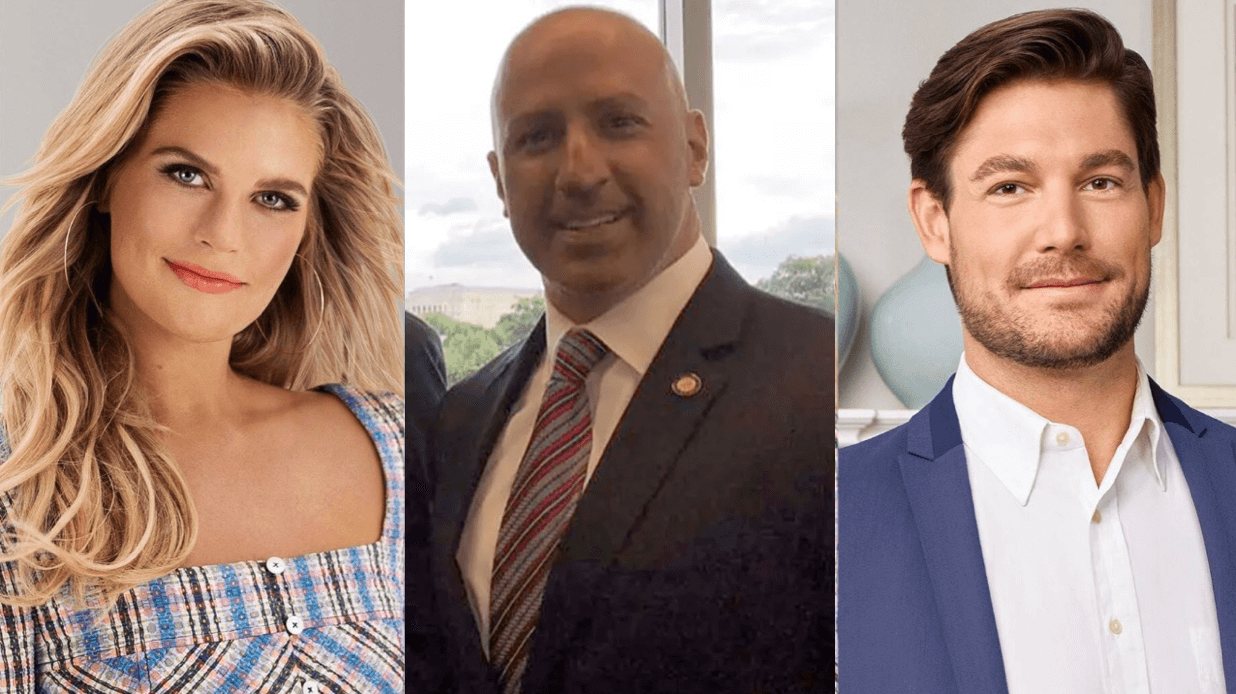 Southern Charm stars, Craig Conover and Madison LeCroy have joined with Bravo and network producers to demand that a lawsuit brought by Joseph Abruzzo, an ex-boyfriend of Kathryn Dennis, be dismissed. Attorneys repping the reality TV crew are asking a South Carolina judge to pause a case stemming from remarks made about the politician’s penis, according to docs obtained by Radar Online.

Abruzzo, who currently sits in the Palm Beach County Clerk of the Circuit & Court Comptroller’s seat, filed a civil lawsuit in January 2020, over remarks made on the Bravo reality show. Abruzzo served as a Florida House of Representatives member from 2016-2018.

Abruzzo and Kathryn met in the fall of 2018, just ahead of Season 6  filming season. The duo connected at a Miami Dolphins game and their romance fizzled in early 2019, after several dates. Abruzzo accused the defendants of defamation because of aired comments about his personal and professional life. He pointed out that while his romance with the reality star was short, the brief relationship took center stage on Southern Charm. He also accused Bravo of inventing a false narrative about the ex-couple’s decision to split.

“The Corporate Defendants would later falsely claim that Dennis ended the relationship with Plaintiff Abruzzo as a result of the concern expressed by other cast members about Plaintiff Abruzzo as depicted on the Southern Charm show. This claim is false. This false claim was designed and intended to defame, disparage, and/or portray Plaintiff Abruzzo as an unsafe, corrupt, abusive, and/or otherwise unsavory individual,” the complaint stated.

Abruzzo took issue with comments made by Craig Conover during an exchange with ex-Charmer, Chelsea Meissner.

“Well, he’s a disgraced politician in Florida,” Craig remarked. “He’s not running for re-election because of his divorce. His wife is accusing him of being physically abusive.”

Abruzzo denied Craig’s allegations. Kathryn’s ex-beau also had a problem with a separate conversation between Madison and Chelsea. The women were discussing an alleged leaked nude photo of Abruzzo when Madison quipped—“Oh. His penis looks like a Ken Doll. Like, it’s just a bulge.”

“Look at that, it’s like a “mangina,” Chelsea added.

Abruzzo claimed that he didn’t have time to sign a release pushed on him by Southern Charm producers. He is reportedly angry over how the network portrayed him on the series and is asking for $10 million.

Producers asked the court to press the pause button, and either dismiss the case or move it to arbitration. They claim that the politician signed a release that requires disputes to be voiced in private court. The judge denied their request and last month, Madison and Craig asked the court to stay the case until an appeal is heard. The court has not issued a decision and the case continues to move forward.