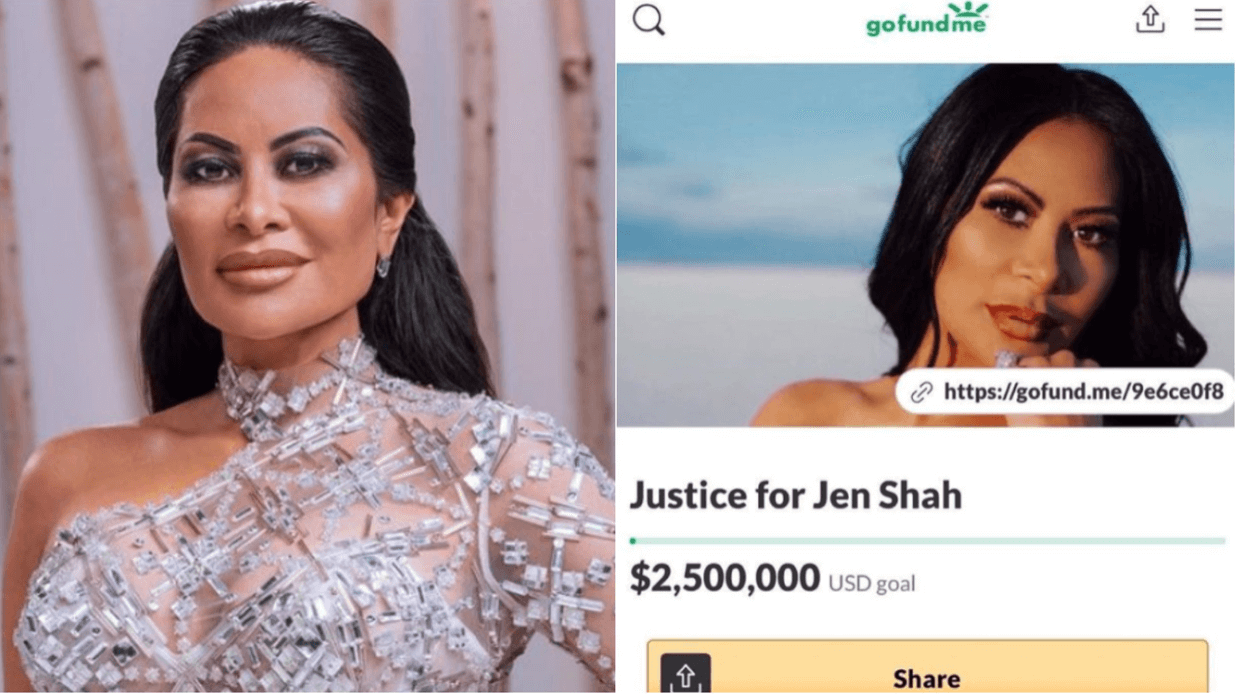 Jen’s cousin, Danny Filipe, kicked off the fundraising campaign on Sunday, claiming that the Bravo star had been buried in legal costs. The GoFundMe campaign’s goal was to rake in $2.5 million. 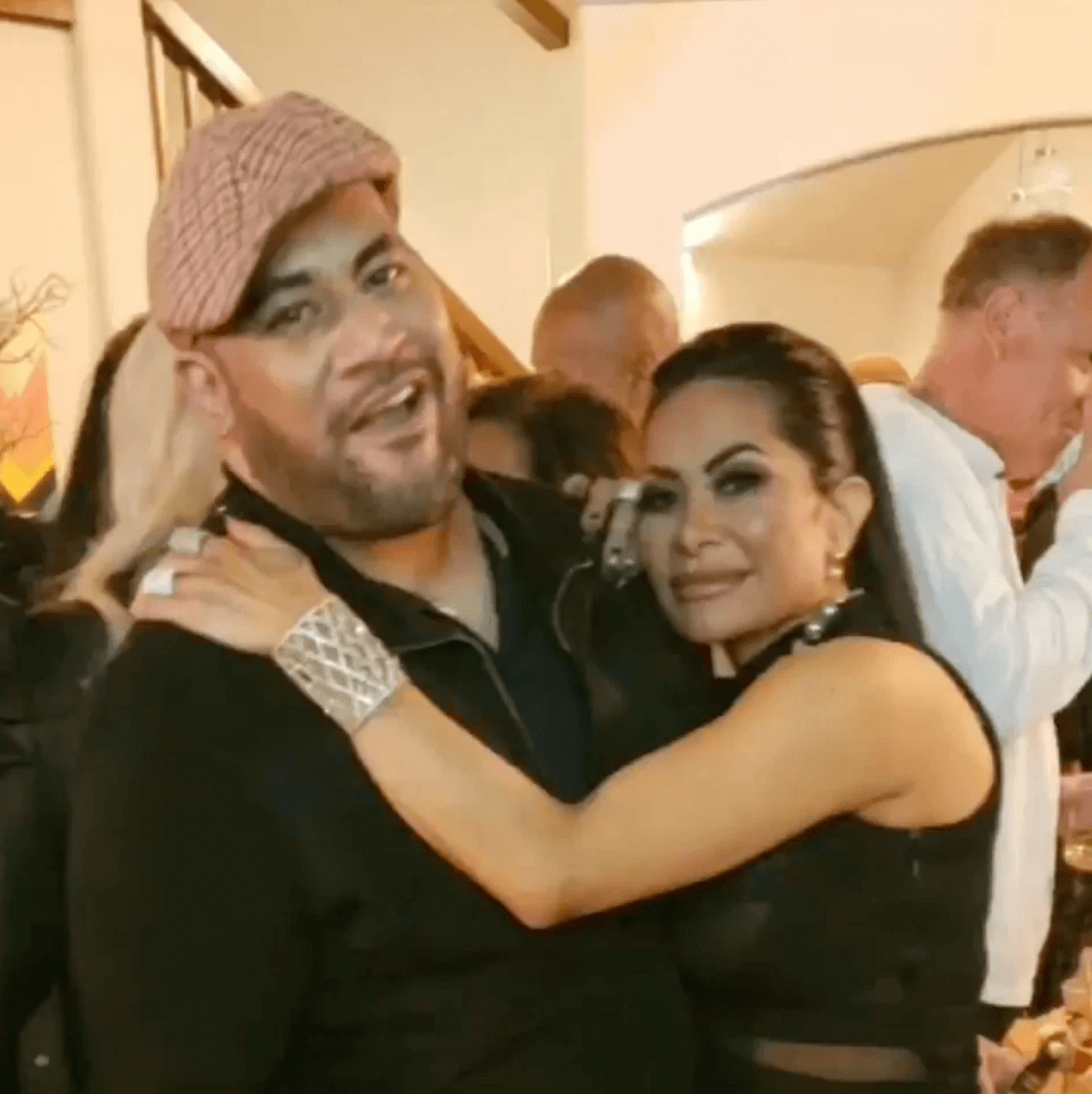 Filipe wrote—“I created this Go Fund Me Campaign to help my loving cousin Jennifer Shah raise $2.5 million dollars for her legal fees. Each year in the United States, more than 10,000 people are falsely accused and wrongfully convicted of crimes they did not commit.”

As reported, Jen Shah was arrested and indicted in Salt Lake City in late March, on federal charges of conspiracy to commit wire fraud and money laundering in connection with a telemarketing scam. Jen’s assistant, Stuart Smith, was also indicted for his role in the alleged scheme. 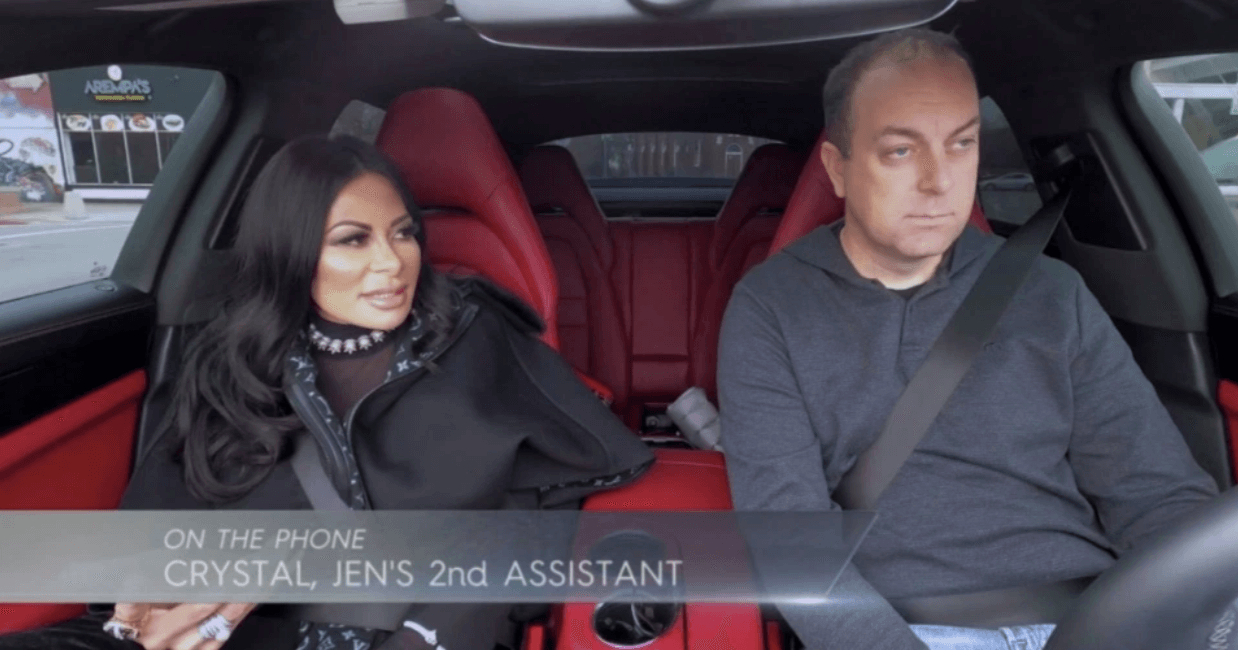 “Jennifer Shah, who portrays herself as a wealthy and successful businessperson on ‘reality’ television, and Stuart Smith, who is portrayed as Shah’s ‘first assistant,’ allegedly generated and sold ‘lead lists’ of innocent individuals for other members of their scheme to repeatedly scam. In actual reality and as alleged, the so-called business opportunities pushed on the victims by Shah, Smith, and their co-conspirators were just fraudulent schemes, motivated by greed, to steal victims’ money,” Manhattan U.S. Attorney, Audrey Strauss, said in a statement.

The duo could be facing 30 years in prison if convicted. 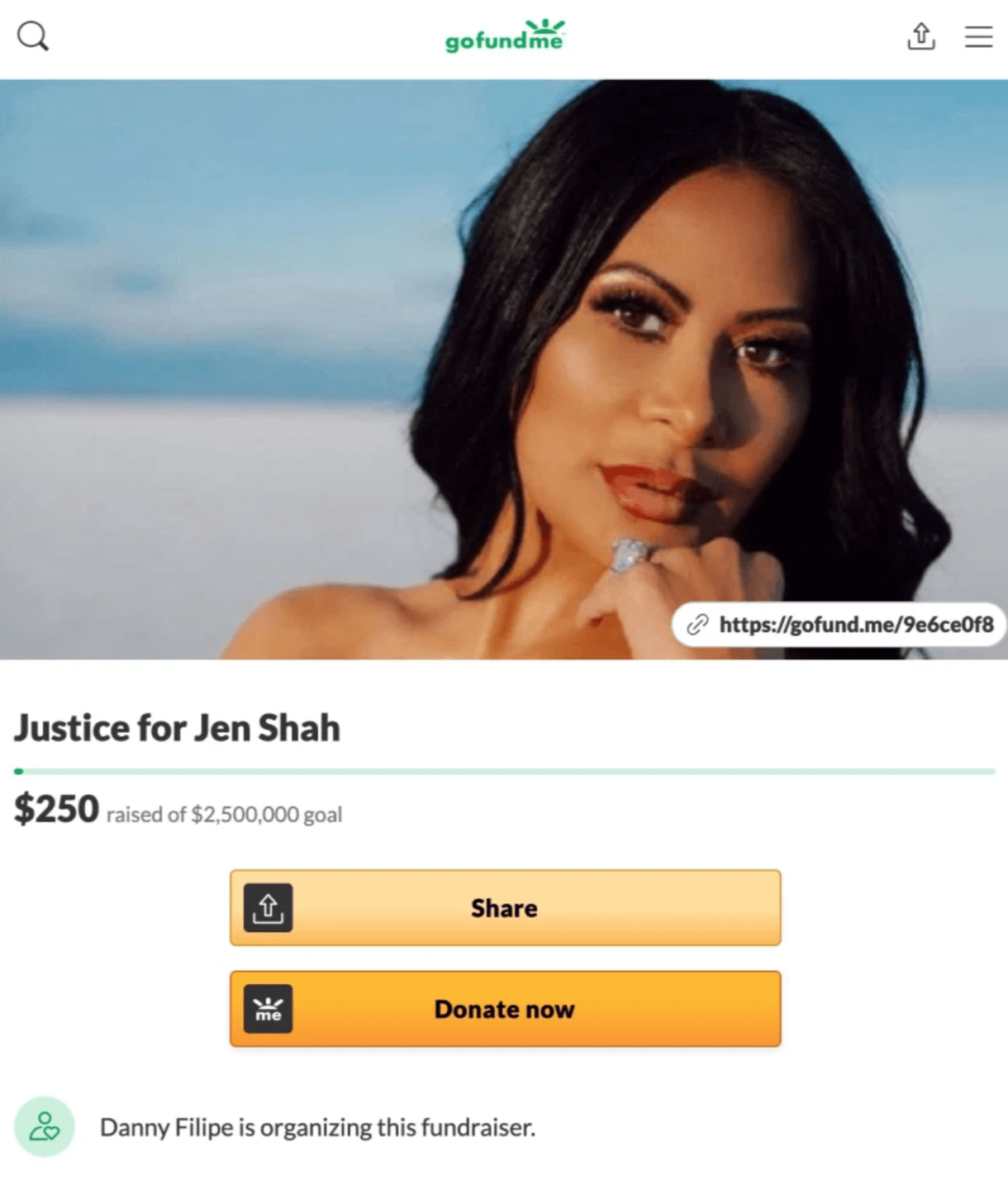 Filipe said that the reality star had to hire a team of lawyers and claimed that the family had already spent over $100k on the Bravo star’s defense. He stated that they needed the cash to compensate lawyers to analyze the one million documents turned over by prosecutors.

“Jen has to have the economic wherewithal to fight the government’s lawyers, who have an open checkbook and can spend millions of dollars prosecuting this case,” her relative alleged.

“In seven weeks, Jen and her family have spent over $138,000 in legal fees and costs. My family is asking for your help for Jen and the Shah family,” he added. 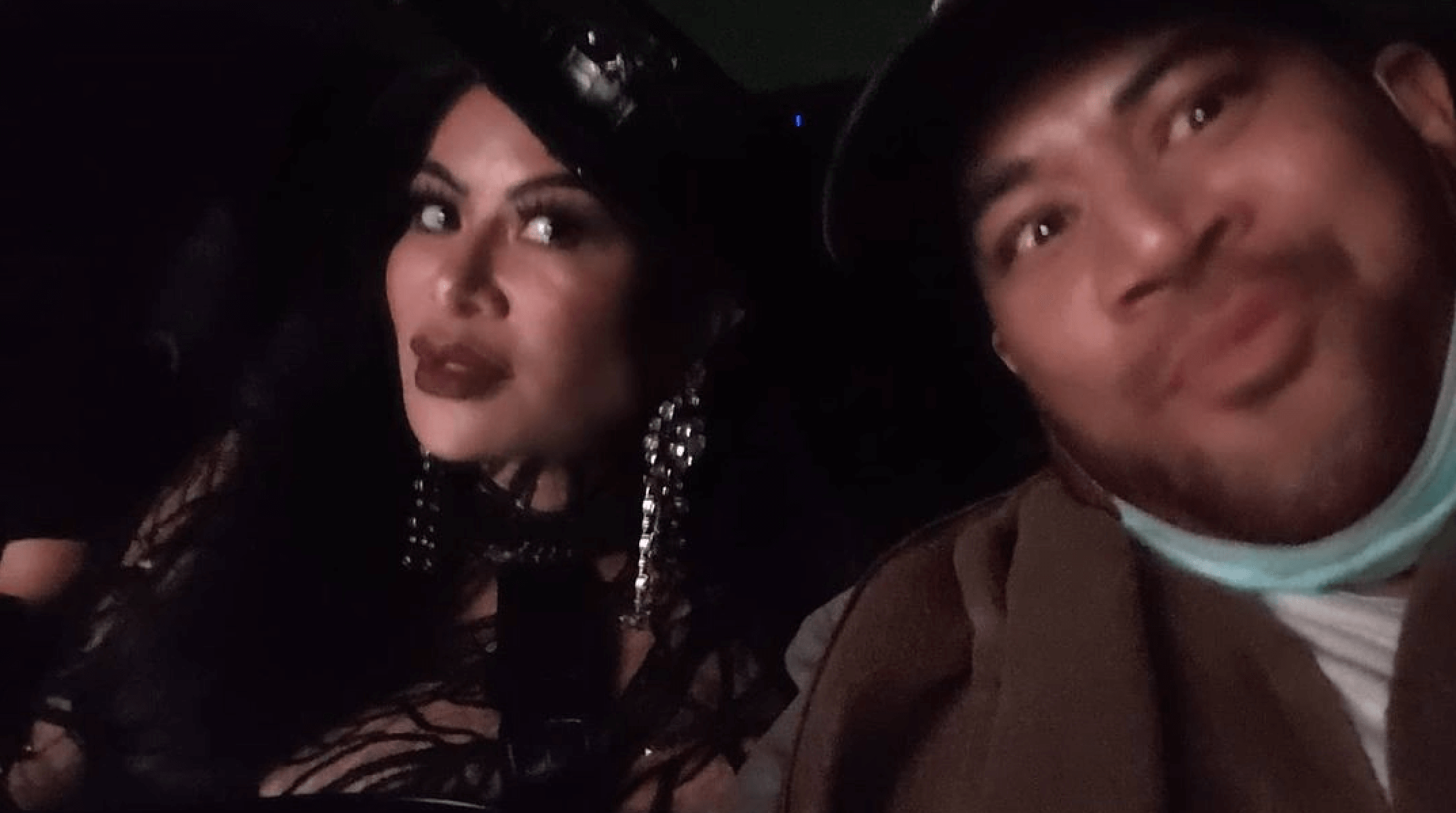 Filipe wrote—“I have experienced her generosity many times toward me, my family and many others. Now during this time of great need, I am asking you to please help her and her family as they have helped so many of us. Jen needs the financial sustainability to present her case and evidence so that she does not become one of the 10,000 people that are wrongfully convicted.”

The site was reportedly taken down in less than 24 hours, after taking in $255. A GoFundMe spokesperson told The Sun—”I can confirm the fundraiser violates our Terms of Service. The fundraiser has been removed from the platform and all donors were refunded.”

Fans slammed the fundraiser in the comment section during the brief time it was active, some even demanding that Jen sell her designer clothes and bags to raise her own cash for legal fees. 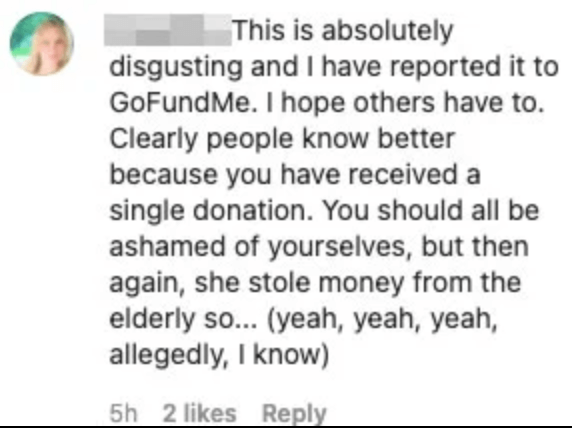 “This is absolutely disgusting and I have reported it to GoFundMe,” one viewer said.

“I hope others have too. Clearly people know better you have received a single donation. You should all be ashamed of yourselves, but then again, she stole money from the elderly so.”