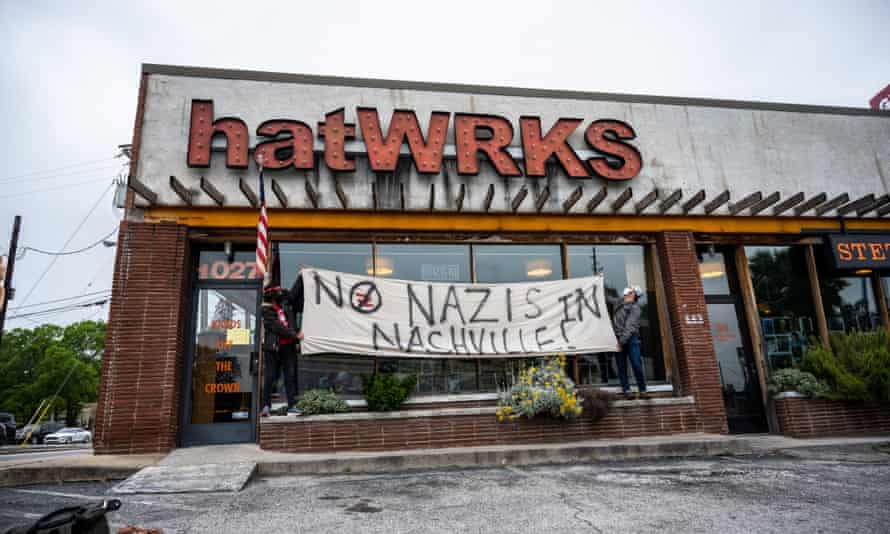 Nashville Hat WRKS has been accused of anti-semitism   after sharing a snap of the store’s owner wearing a patch printed with “not vaccinated,” on Instagram. 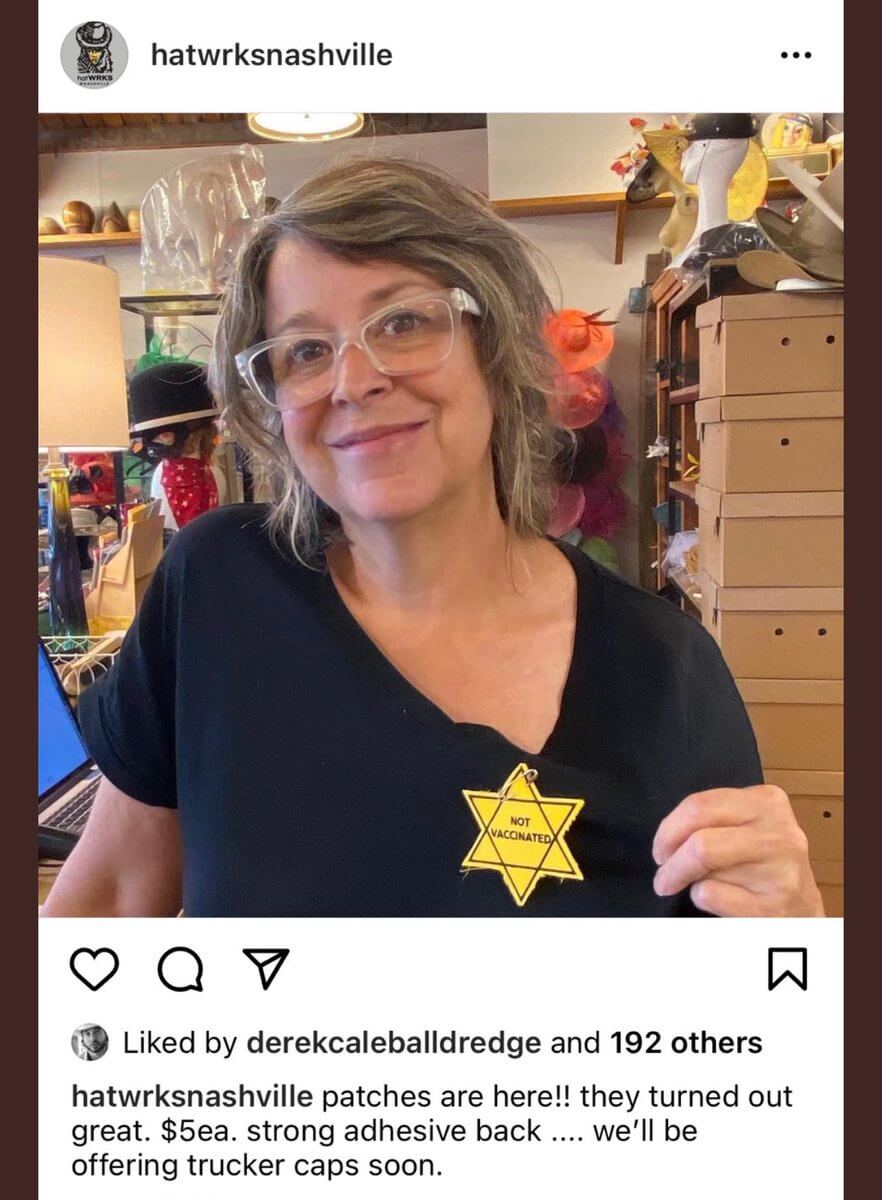 Instagram users slammed the business for marketing the controversial patches, inspired by the yellow stars forced on Jews by Nazis in World War Two. Calls for a boycott on the shop followed the since-deleted post.

“I could not believe this could be for real,” CNN analyst Ana Navarro said. “I like to think such stupidity, insensitivity and ignorance in America cannot be commonplace. It’s real.”

“I am ashamed to know that I’ve given these people business in the past; I’ve sent people there,” actor/musician W. Earl Brown wrote. “This is vile and repulsive. They trumpet that they’re proud to ‘Stand Up Against Tyranny’ Well, I am proud to say GO F— YOURSELF. I’ll purchase my chapeaus elsewhere.”

Nashville Hat WRKS responded to the public outcry via a statement posted on Instagram.

“[sic] people are so outraged by my post? but are you outraged with the tyranny the world is experiencing?”

“[sic] if you don’t understand what is happening, that is on you, not me. I pay much more respect to history by standing up with the fallen than offering silence & compliance.”

“[sic] that is the worse. it was then & is now. i will delete your disgust and hope you put it where it belongs,” the post read. 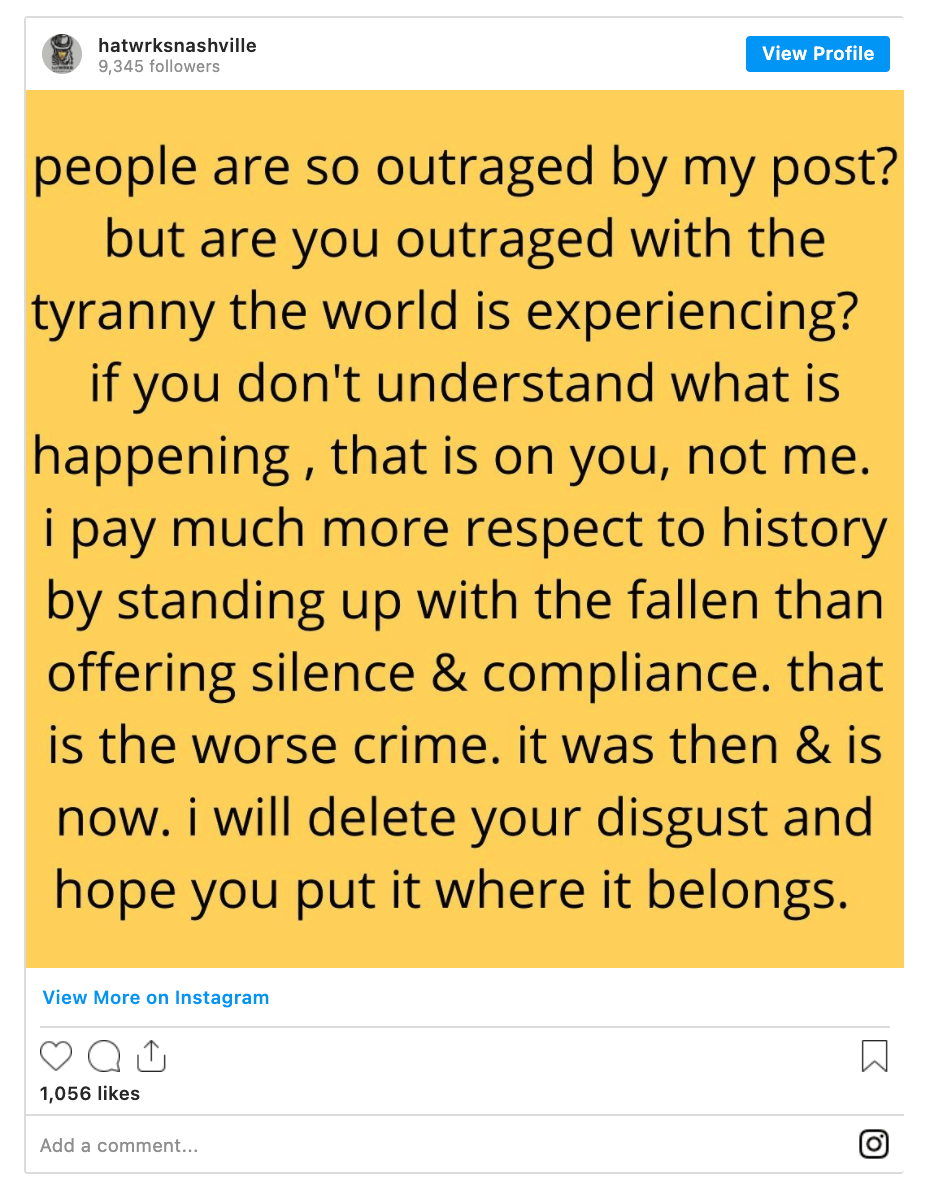 The business offered a further explanation and an apology, a day later.

“In NO WAY did I intend to trivialize the Star of David or disrespect what happened to millions of people. That is not who I am & what I stand for. My intent was not to exploit or make a profit. My hope was to share my genuine concern and fear, and do all that I can to make sure that nothing like that ever happens again. I sincerely apologize for any insensitivity.” 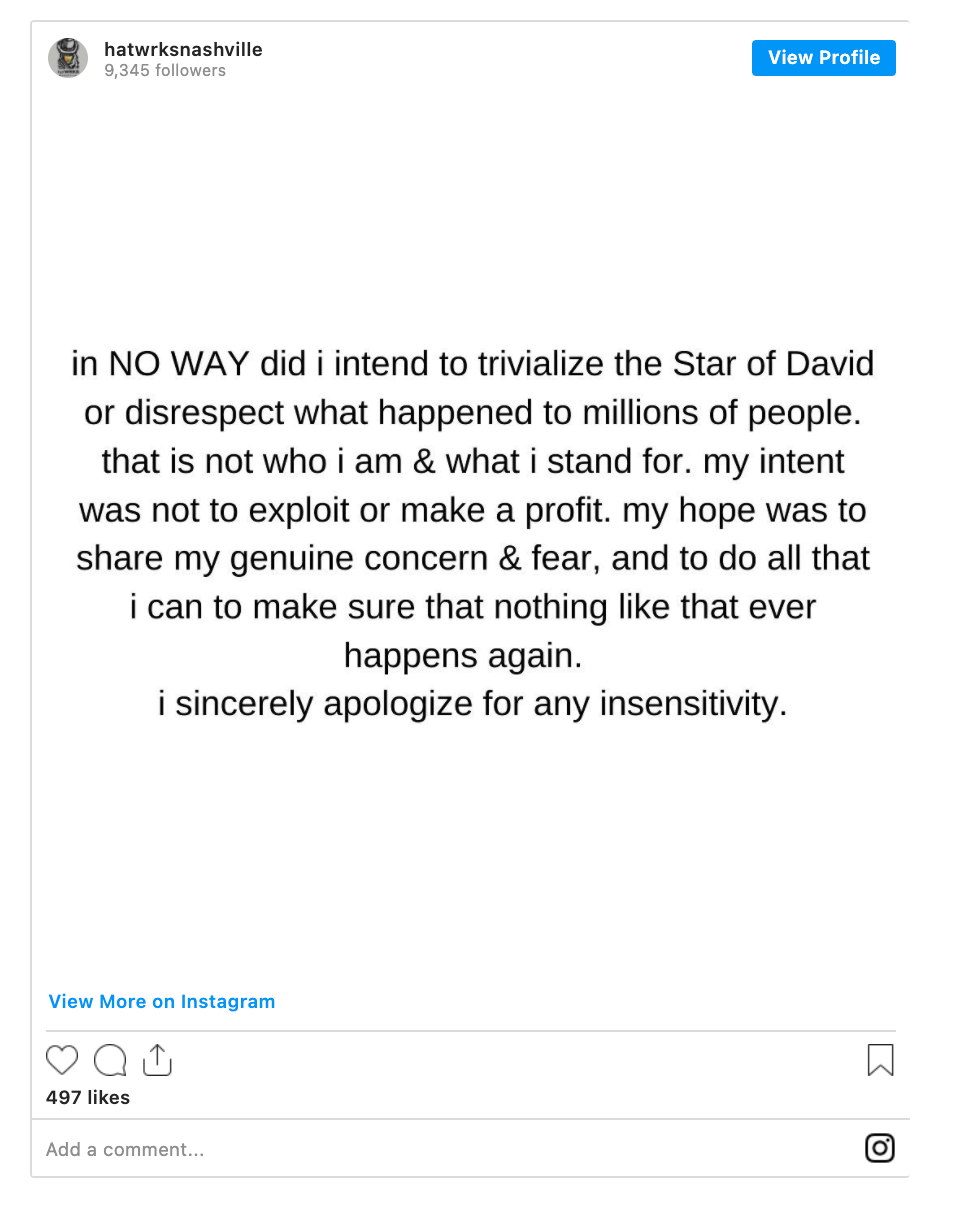 The controversy comes on the heels of a tweet posted by GOP Congresswoman, Marjorie Taylor Greene, who compared required vaccination policies to the Holocaust.

“Vaccinated employees get a vaccination logo just like the Nazi’s forced Jewish people to wear a gold star. Vaccine passports & mask mandates create discrimination against unvaxxed people who trust their immune systems to a virus that is 99% survivable,” the social media share said. 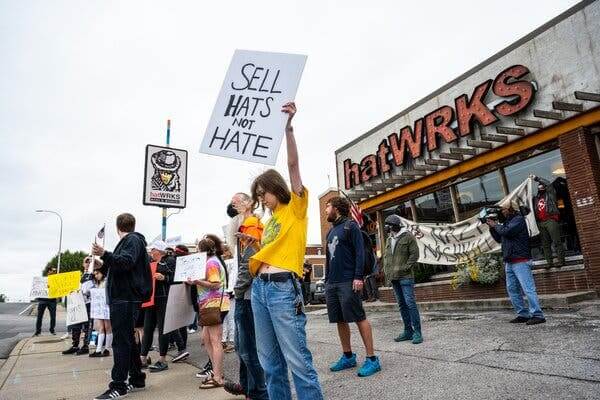 Greene also sounded off during an interview with Real America’s Voice.

“You know, we can look back at a time in history when people were told to wear a gold star, and they were definitely treated like second-class citizens, so much so that they were put in trains and taken to gas chambers in Nazi Germany,” she continued. “And this is exactly the type of abuse that Nancy Pelosi is talking about.”