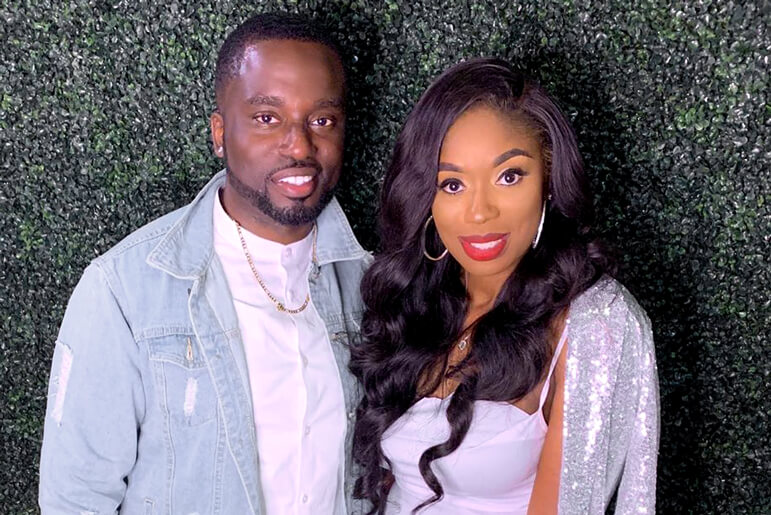 Eddie Osefo, husband of Real Housewives of Potomac star, Wendy Osefo, is trying to shut down cheating rumors after AllAboutTheTea.com reported on a rumor exploding throughout the local Potomac community.

As AllAboutTheTea.com reported on May 6, a caucasian woman has accused the DMV attorney of cheating on his wife, and a source claimed that “Wendy’s marriage issues will be exposed,” in the upcoming season of the Bravo reality series.

“Eddie has a side baby and is sleeping with a white woman who works in his law firm,” the tipster told AllAboutTheTea.com. 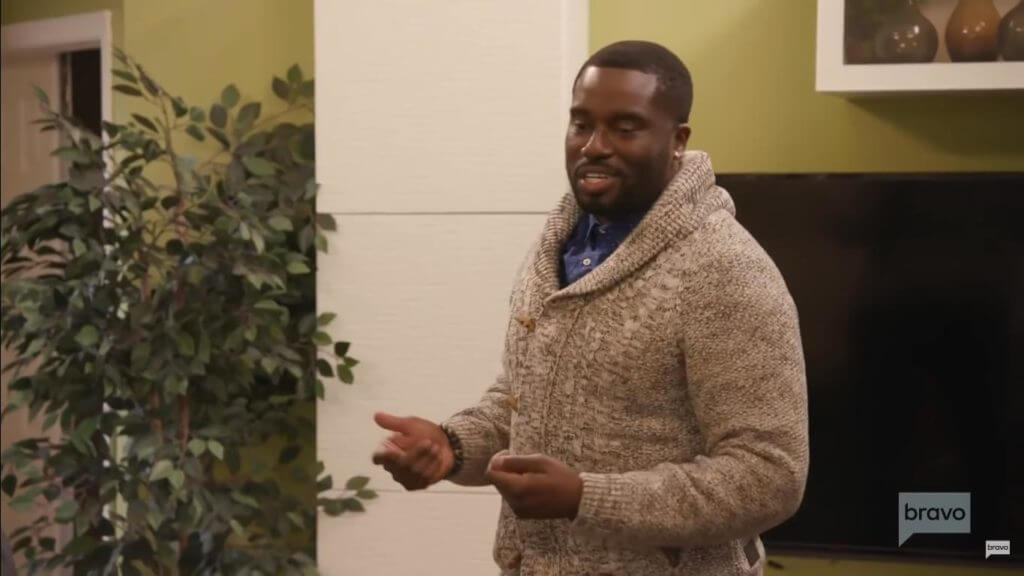 Eddie spoke out on Mother’s Day, denying the allegations on social media. The lawyer posted a snap of his wife and three children on Instagram, and used the caption to communicate his message.

“Happy Mother’s Day to my beautiful wife 👸🏾. It wouldn’t be your day without them; The mother of my ONLY 3 babies,” Eddie wrote. 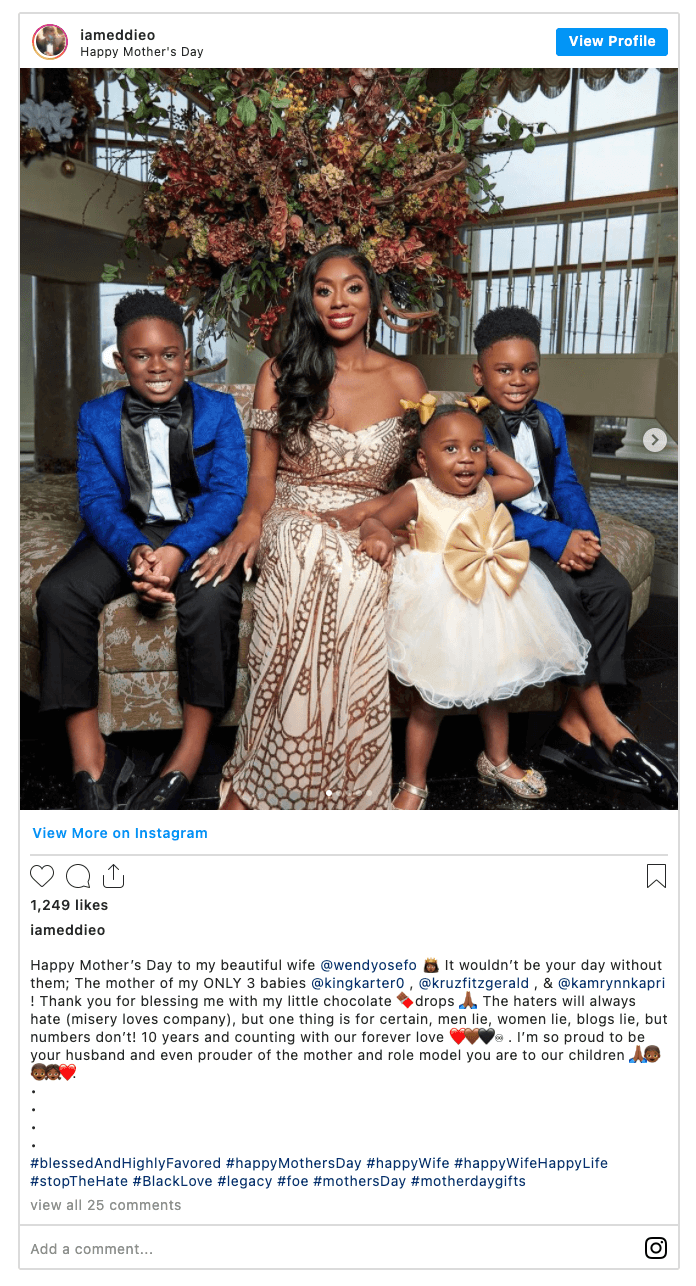 Eddie fired a shot at outlets covering the scandalous story writing, “Thank you for blessing me with my little chocolate drops 🙏🏾. The haters will always hate (misery loves company), but one thing is for certain, men lie, women lie, blogs lie, but numbers don’t! 10 years and counting with our forever love.” 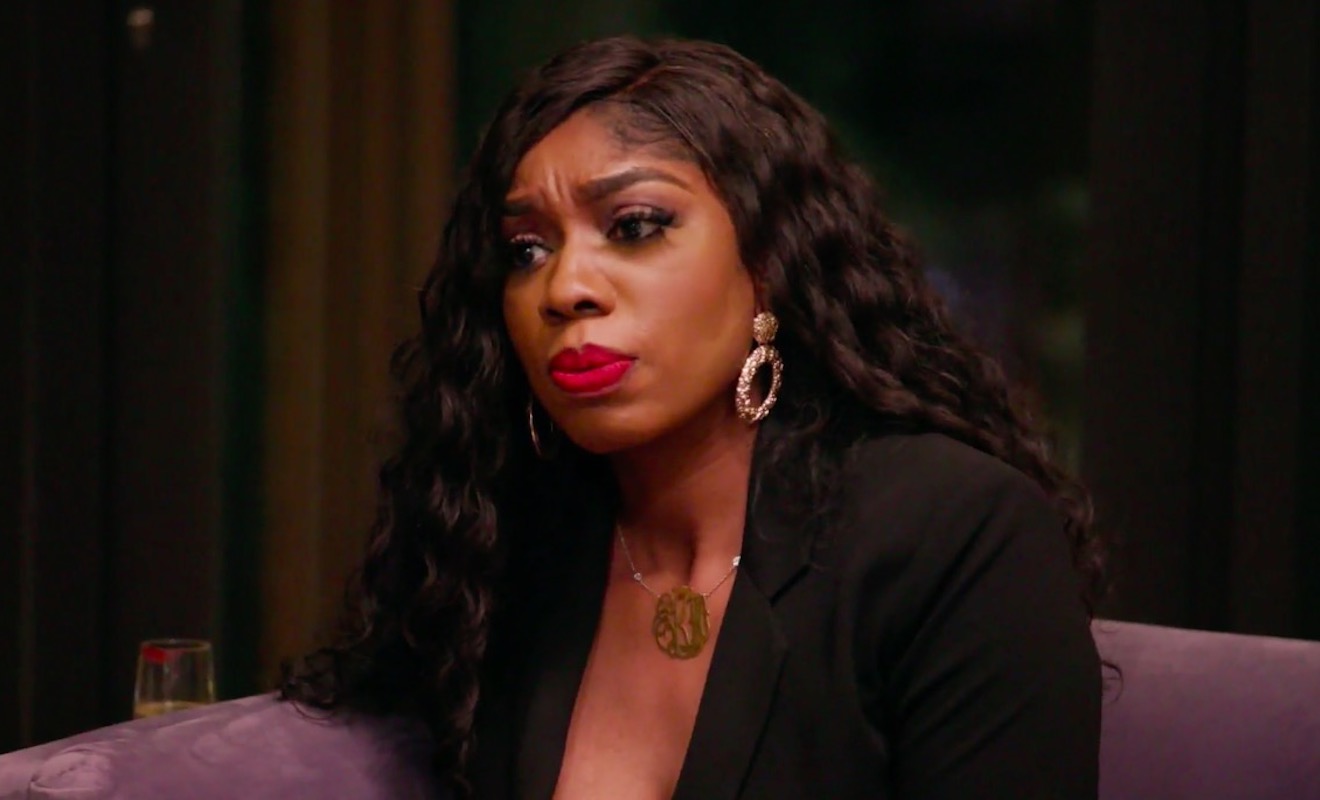 The Real Housewives of Potomac star revealed that she and her husband were estranged from his family during Season 5 — and that Eddie’s side of the family did not attend the couple’s wedding and had not met their children.

An in-law of Wendy Osefo reached out to AllAboutTheTea.com — offering  insight into the beef between the couple and Eddie’s estranged parents.

“Eddie and his family will not kiss and make up. I have heard his family is even MORE mad at both him and Wendy for bringing their family issues to TV for a check,” a source told AllAboutTheTea.com. “Reality TV is beneath them so they are pissed!”

During the show’s Season 5 reunion, one of the RHOP husbands “pulled Eddie aside and confronted him about his rumored bastard child and warned the newbie husband that his secret would be exposed.”

As previously reported, RHOP cast drama is already unfolding, as filming for Season 6 is currently underway. Gizelle Bryant abruptly unfollowed Wendy on Instagram at the end of April. Wendy later teased that a filmed argument had gone down, posting a message about clearing a “bish.”

All About The Tea’s YouTube podcast dished about the brewing feud this week.

“Gizelle [Bryant] is willing to do anything to get back at Karen [Huger] and expects all the ladies to have her back, however, Miss Four degrees has shuffled the deck and is not fully supporting Gizelle anymore. Last season Wendy Osefo was riding hard for the green-eyed bandits, however, she’s done her research and toned down the aggressive Wendy and is not taking sides this season as much in the upcoming season,” All About The Tea dished on YouTube.

The Real Housewives of Potomac is currently is production for Season 6.