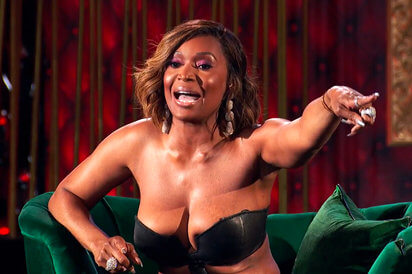 In the final part of the Real Housewives of Atlanta reunion, Drew Sidora and LaToya Ali carry on their petty arguments. It looks like, once more, we will hear about the baby blessing. Will Porsha Williams and Marlo Hampton make up? Who will leave as friends? And whatever happened to Tanya Sam?

First up is Kenya Moore and her obsession over getting to the bottom of what happened with Bolo the Entertainer (Michael Bolwaire). For as much airtime as this man has had during the three parts of the reunion, he should have made an appearance. Kenya is trying to determine what happened after the camera turned off and before Bolo left their vacation house at 7 am. If Kenya was a good hostess, paying attention to her guests, perhaps she would know the answer to that! 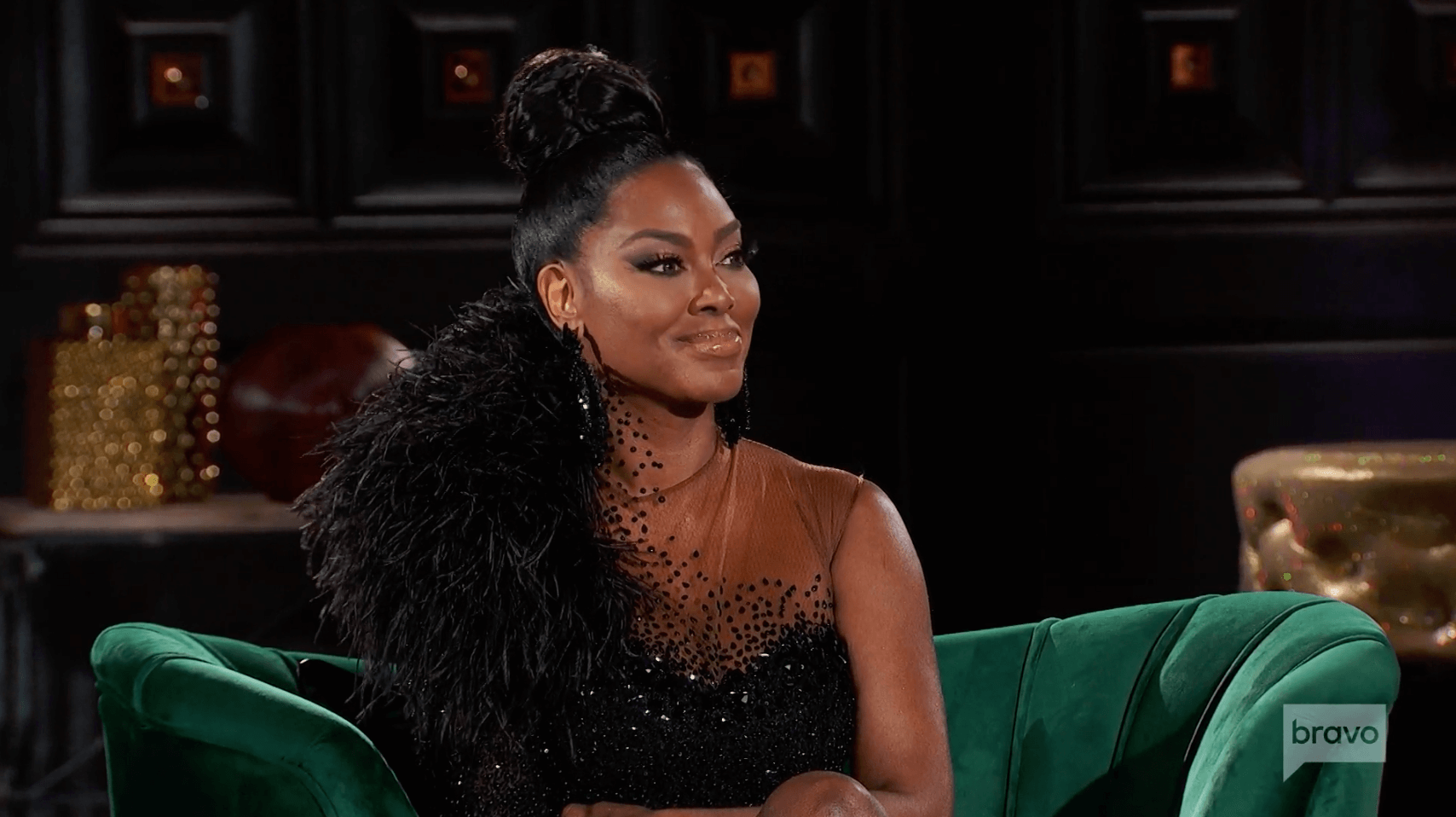 Porsha thought that production wrapped for the night, so they could turn loose. Kenya brought up the post-filming activities on the show the next day, making the argument that everyone in the house was still “at work.” Kenya also blames Drew for talking about it on camera first. Don’t these women know that any single thing in Kenya’s presence becomes weaponized later?

One of Andy Cohen’s questions is to Kenya. He asks her, “If you thought the noises were from Kandi [Burruss] or Cynthia [Bailey]’s room, would you have been as eager to investigate that?” Kenya says, “Well, hell no. They’re my friends. They would have told me.” Kenya says that if the roles were reversed, everyone would have “roasted me over a crab cake.” Marlo implies over and over again that Kandi knows what happened. Marlo says, “Kandi told me the next day what she heard and what happened.”

Marlo says that everything they are upset about and even the theme set for the reunion show is because Porsha lied a few years ago about Kandi and Todd Tucker having a dungeon and that they were going to drug Porsha and take her there. Porsha decides to take a victory lap around the set to celebrate that everything is about her, taunting Marlo. Then Marlo makes comments that Porsha needs lipo.

Kenya goes after Porsha for being a liar. And Porsha says to Kenya, “You lying about your marriage. You lying about your marriage. You lying about everything, Kenya. Every man you have ever brought around was a lie. Your entire life was a lie.” And the camera focuses on Drew’s smirk. Andy tries to regain control of the conversation, but the arguing and shouting over each other continues. And Andy asks Kandi one more time if she feels that she “buried the hatchet” with Porsha.

Andy tries to get to the truth of who leaked the Bolo stories to the blogs. Andy rolls footage about the women reacting to the story leaking and the sides forming. Kenya says that she trusts Marlo, but Marlo doesn’t trust Kenya 100%.  Marlo and Porsha keep fighting with Marlo making jabs about lipo, lipo, lipo, and fix your horse teeth. LaToya thinks that Kenya leaked the story. Cynthia doesn’t know for sure, but she thinks Kenya was the most invested in the story. Marlo says it wasn’t her.

So, what happened to Tanya? Porsha says that she and Tanya are still friends, but Tanya doesn’t want to be in the group anymore. Why does Kenya feel the need to correct Andy when he talks about Tanya’s husband instead of Tanya’s life partner?

Andy does press Kandi again about telling Marlo what happened. At the time, Kandi wasn’t aware that Marlo and Porsha were not friends, so she didn’t think she was talking out of turn.

Andy segues from the dungeon to “The Prophet.” Now the reunion turns to the non-important storyline about “The Prophet.” Before talking about it, Drew wants to pray with the group. Perhaps that prayer should have been the first order of business on Reunion Part 1. Drew says that other prophets canceled on the baby blessing because of the negative energy– what happened between “The Prophet” and LaToya. Andy is trying his best to understand this “prophet community” as the other women laugh.

Kandi adds, “I hate when people use religion as a way to explain away behavior when it’s just simply that he’s a single man and maybe attracted to someone.” And Andy interrupts to ask about the recording Drew made of “The Prophet” and the situation. “The Prophet” posted online that he did not have an affair with LaToya, so then Drew turns the discussion into a lecture on false prophets. And keeps talking about how she’s going to do everything to protect her family. 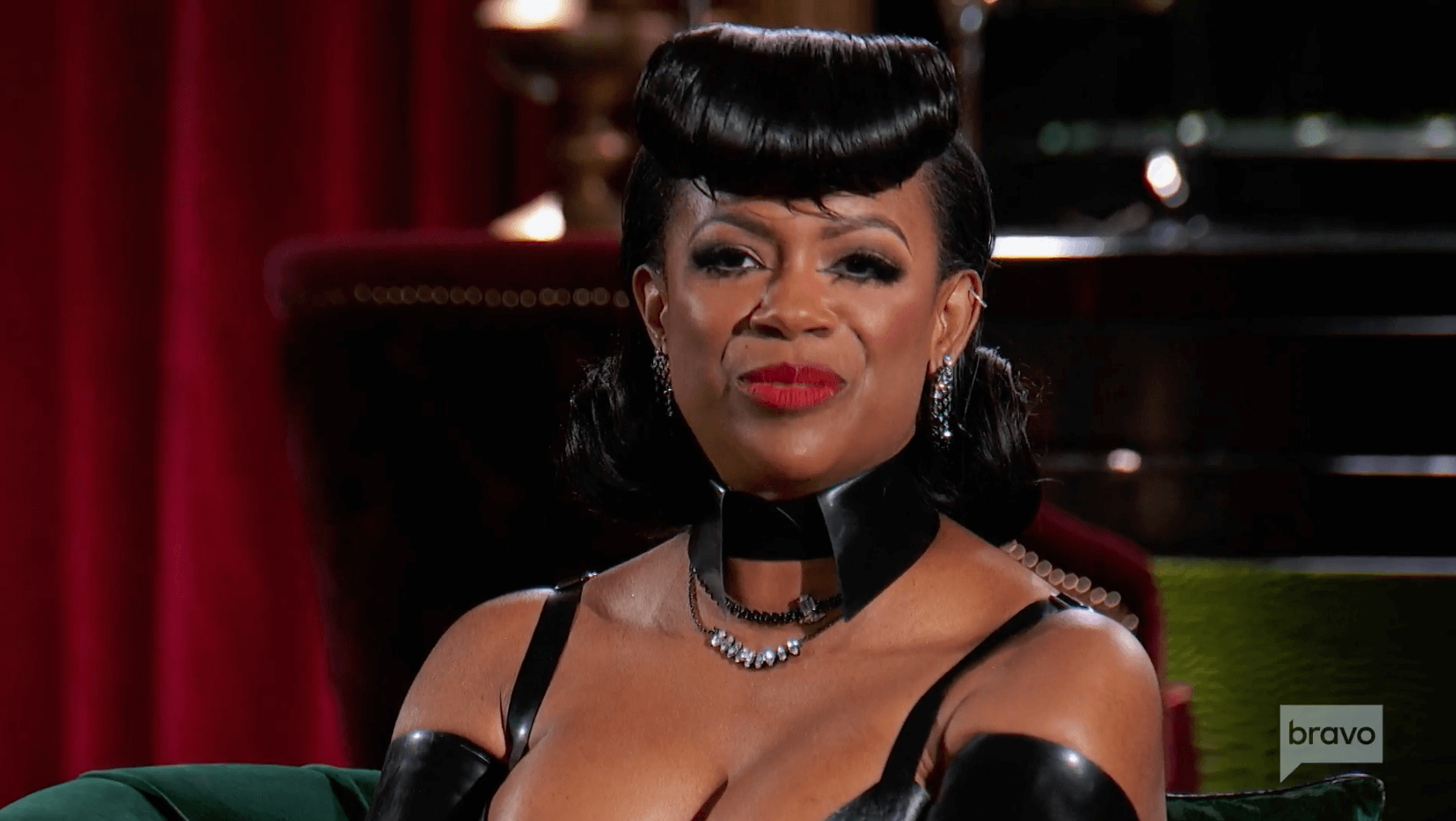 Andy asks, “Were you protecting your family when you brought that wig to the $1000 gift exchange?” Kandi thought that Drew’s joke that night fell flat. The whole reason for the high-dollar gift exchange was so that everyone could feel good about what they left with. It wasn’t supposed to be a gag gift exchange. After all the Drew-LaToya shenanigans and accusations, LaToya says she would like to move forward in their friendship. Drew smiles but doesn’t respond.

Andy rolls more footage of Kenya and Porsha’s relationship and fights. Kenya says that she and Porsha and Shamea Morton bonded over their pregnancies. Kenya said that things went sideways when Porsha and Kandi were laughing at her relationship with Marc Daly when they were all at the bowling alley in a prior season. Porsha says that she bonded with the “sensitive side” of Kenya. Then Porsha was really upset when Kenya showed up with the band in a prior season and made a scene at Marlo’s event.

Drew jumps in to say that Kenya never gave her a chance on the show. And Drew looked up to Kenya when Drew was “little.” They continue to argue and talk over each other again. As the reunion is winding down, Shamea jumps in to say that she is a friend to Porsha, but Shamea isn’t a lapdog for Porsha. Then Marlo, LaToya, and Shamea exit the stage. 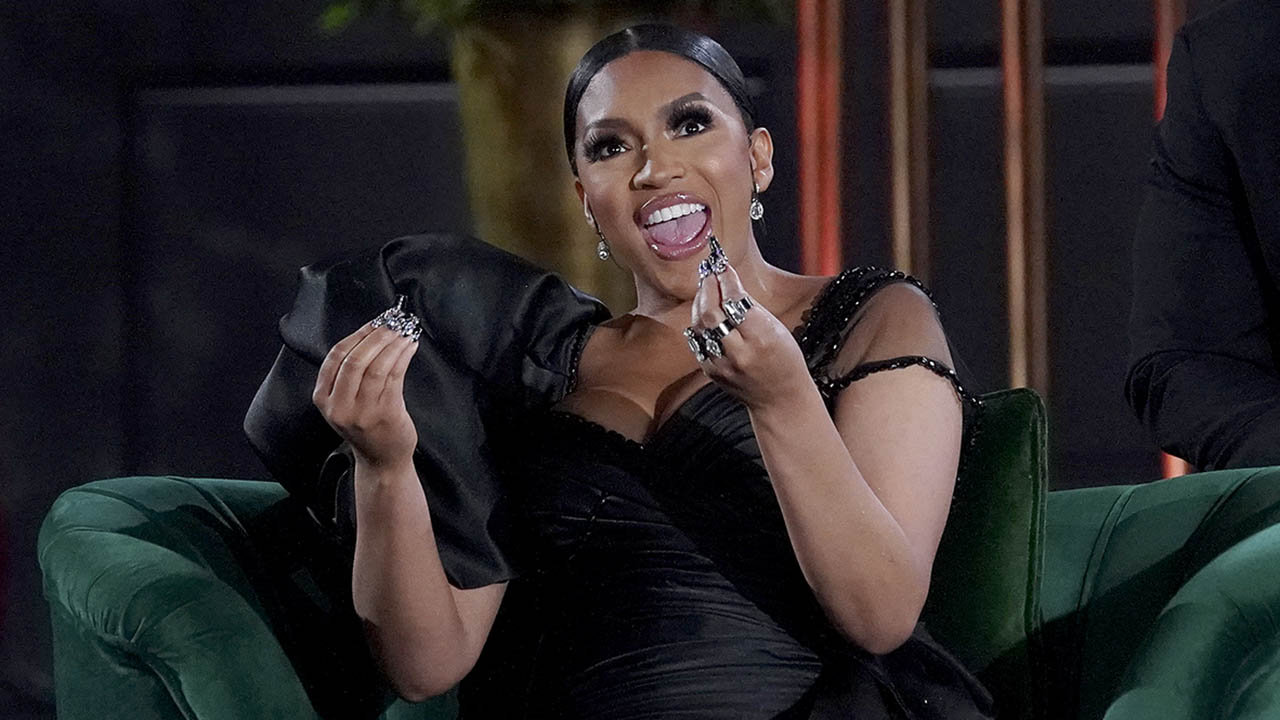 Andy wants to know what they learned. Cynthia says she learned not to take anything for granted. Kandi learned to “focus on family” and “live your life to the fullest.” Kenya learned to embrace her fear. “50 is a reset.” Drew learned healing in her marriage and with her son’s father. Porsha has learned to “become Porsha.” The consensus is that this year was a reset. And Andy wants everyone to leave the reunion with a crab cake and a cheer to Bolo.