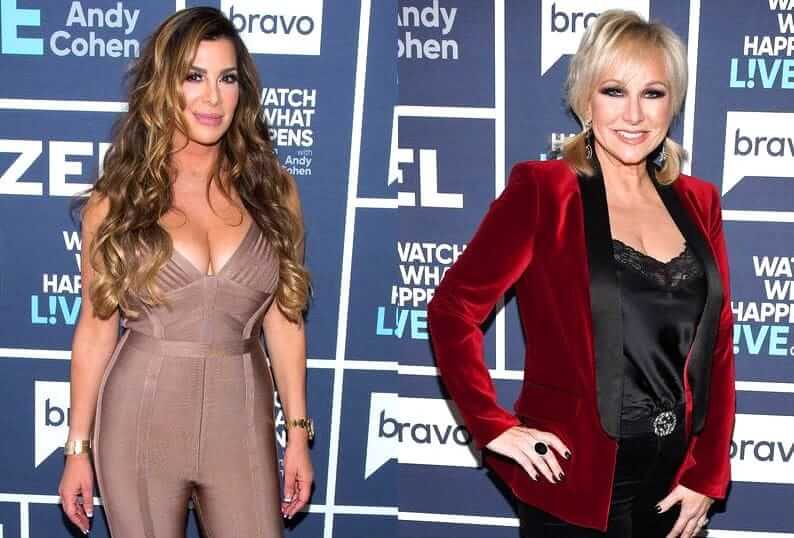 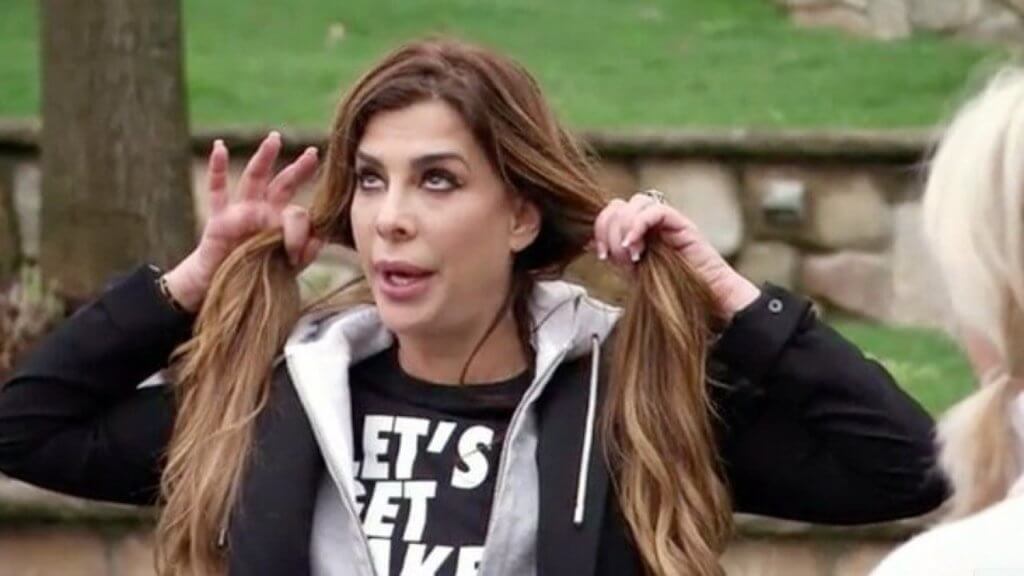 Siggy Flicker, 54, exited the series in 2017, but Margaret Josephs, 54, is still upset over Siggy  allegedly refusing to help her locate a glam squad during a cast trip to Boca Raton. Fans might remember that it was Siggy who introduced Margaret to the group of women.

“It was actually kind of mean,” Margaret said during her Juicy Scoop appearance. “It was more than mean. It was so bizarre. I could never be that way to anybody. If anybody calls me for anything, any of the girls, even Jennifer [Aydin]… if she calls me for anything, which is very rare, but she has asked me for suggestions for stuff. I text her with any information she ever needs [and] give her anything she would ever ask me for. I’m just not that girl! I could never do that to anybody.” 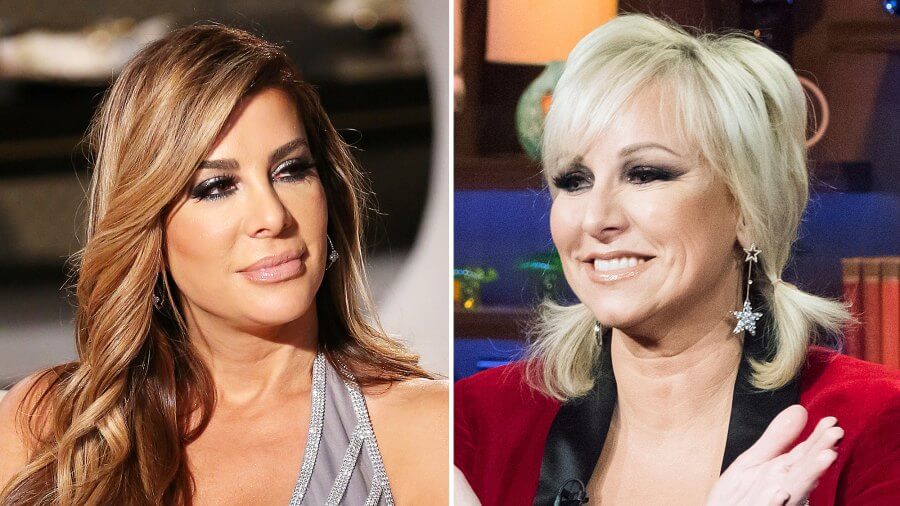 The Real Housewives of New Jersey star shared that she once publicly encountered Siggy after her departure from the show, but that Siggy was “too chicken” to speak to her.

“It’s only happened a few years ago when I went to my hair salon where I get my nails done,” she shared. “I was nice [and] I acknowledged her, but she couldn’t even acknowledge me… she left. I was in a restaurant [and] she ran out. She’s a coward. I could really say horrible things about her. I’d take that psycho Danielle [Staub] back before I’d take her back. And that’s saying something.”

“[It should be] awkward for [Siggy]; she should leave. If I walk into a room, she will run out the door. And by the way, she should,” she added. 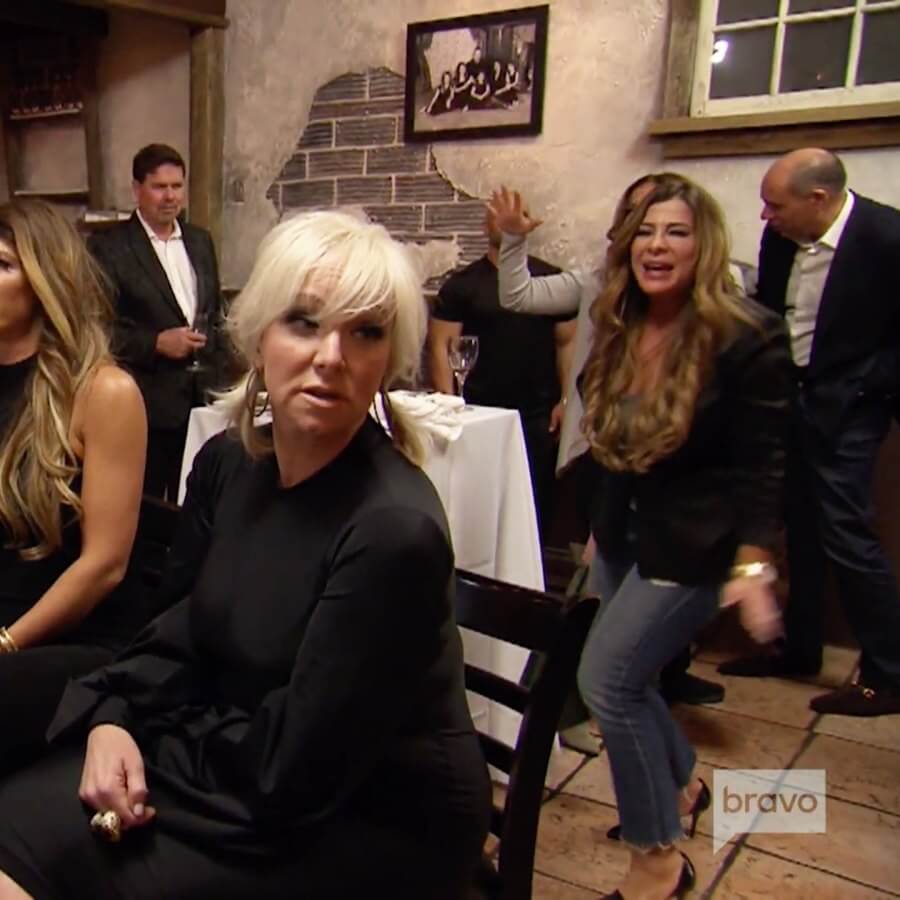 Margaret addressed how it felt to have fans pressuring her to deliver a fresh storyline each season.

“I think that everybody has something going on at one point in their life and some years are better than others,” she explained. “Everybody is busy at different times. I think certain franchises, unfortunately, have more things going on. Like, [Real Housewives of New York City] it’s just about them. With us, it’s about our whole family. We have some sillier characters on our show that I think, with the fans, there’s more pressure. [The fans say], ‘What’s going on with her? Oh, she’s so boring! She has no storyline!’ What’s your storyline? I mean, I don’t even know what that means. This is our real life!”

Margaret added that despite the fan pressure, she’s committed to keeping it real.

“I’m not feeling pressure to do something just for TV,” she declared. “That’s not me!”

Melissa Gorga has been accused of faking marital issues to create a personal TV narrative — but Margaret insisted that the couple’s struggle was the real deal.

“I’m gonna tell you right now — and it’s not because I’m good friends with her — believe me, they minimized what was going on on-camera. They cut out a lot of it because it was intense, and I’m not kidding. And I think, [fans say] Melissa has a fake storyline because cast members would come after her and say, ‘Oh that was fake, that was fake,’ which is unacceptable because it wasn’t fake. And I think that’s gotten out there and people say stupid sh*t like that. This was very real!”

The reality star shared that the couple’s tense conversations made her “nervous” and that she once tried to intervene during an argument.

“I think [Joe] was really feeling something. I even said to him, ‘Are we doing this on camera?’ I got nervous and I was like, ‘Holy crap!’” she revealed. “And I was like, [telling them to stop], and [Melissa] said, ‘I don’t give a sh*t.’ They really had stuff going on and it played out on camera. And I think that’s normal in any marriage, so I don’t know why people aren’t relating to it.”