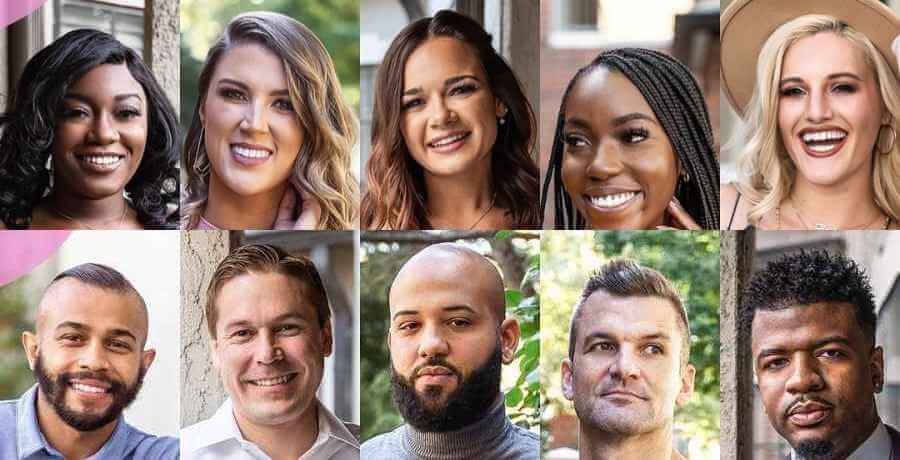 This week on Married at First Sight, it’s 7 days until Decision Day. Each husband and wife is faced with the decision to stay married or not. They reach out to family members and dive into those last important conversations this week. Chris Williams and Paige Banks decided to split and haven’t filmed the past two episodes. Will they make an appearance?

It’s Day 49, and everyone is heading back from Hilton Head to Atlanta. Jacob Harder already left early in the morning and didn’t tell Haley Harris. This couple seems irretrievably broken after bracelet-gate, sleeping apart, and the jabs during the trip. Haley arrives at their shared apartment. Jacob tells her that he left early to take care of his dogs that are still at his home. His neighbor who was caring for the dogs was called into work early. Haley seems understanding, but he should have left a note or told her.

seem happy to be home. Clara is waiting for Ryan to say he’s in love with her. Clara asked Ryan how he has changed since the night before their wedding. He gives his typical “head” answer when she is looking for a “heart” answer. They discuss that Clara is now in a wife routine, going to sleep earlier and making intentional decisions during her day.

Vincent Morales and Briana Miles are discussing the other couples and who will stay together on Decision Day. Briana asks, “Who do you think is more likely to throw a curve ball?” Vincent says, “Haley or Jake.” Briana starts talking about what made her uneasy about Vincent initially — his disorganization. This conversation might devolve quickly given how Direct Briana and Sensitive Vincent often end in a flareup. Vincent tells Briana that he asked the experts to not pair him with someone who was “assertive and direct.” Vincent admits that when he heard at the wedding that she was bossy, “that really turned me off.” 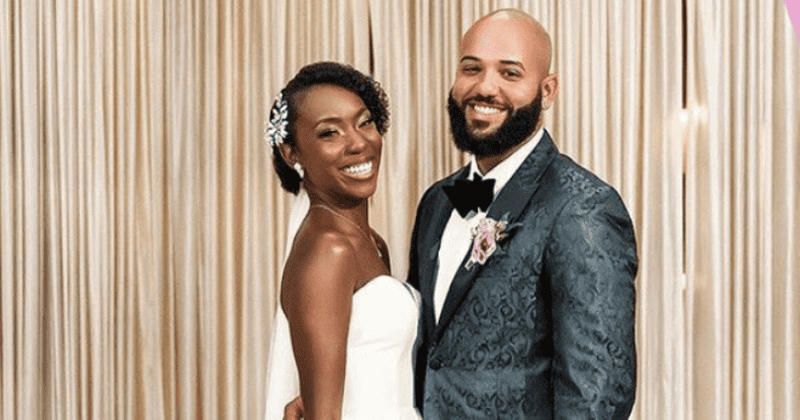 Now the friends and family drop in for some last-minute advice. Jacob’s friend, Adam, shows up for a visit. And Virginia’s friend, Aaron stopped by.

Maybe Ryan’s friend A.J. can help him be less analytical about Clara. But likely not. Ryan says he knows why he was matched with Clara, but there are still so many things to learn about her. Ryan says there is non-stop talk about feelings. Ryan wants to work on goalsetting together. Maybe he missed that conversation where Clara said that two months ago she would watch TV all day and only get off the couch to go drinking.

Briana talks to her mom, Nedra. Briana says that she talks to her mom about everything. Briana admits—while fiddling with her ring—that at first she was sure, but now she’s not. Briana is concerned that telling Vincent that he’s disorganized has embarrassed him. And then she says that Vincent makes it “bigger than it is.” But, Briana, you keep bringing it up and making it bigger than it is. Then Briana talks about the “bossy” conversation. Her mom tries to gently say that Briana expects everyone to be like her. Momma knows best.

Clara is talking to her friend, Vicki, holding her phone with “baby hands.” Quirky for the win! Clara talks about morphing into a wife. Vicki asks if there are challenges. There is a montage of clips where Clara is talking about her dissatisfaction about sex and lack of “I love you.” And there are also clips of Clara telling the experts that her marriage is ten out of ten.

Haley meets with her friend, Monica, and they take a tequila shot before the conversation even begins. Haley is all over the place and confused. Haley does think Jacob is a good guy, but they don’t understand each other. Haley thinks with more time and cameras off, they might have a chance.

Erik talks to his friend, Jim. Erik tells Jim he’s lucky that the experts found Virginia for him. Erik thinks they could be a good match, however, they don’t really resolve any deep issues. Jim asks a very important question, “What do you think she would say her biggest issue with you is?” There are clips of Erik issuing ultimatums. Erik is calling that miscommunications that come out wrong because he’s passionate. He’s still not owning it. He is placing this back on Virginia, that she’s misinterpreting him. Maybe he is struggling with not liking the Erik that he’s seeing, having trouble separating his actions from how he wants to look. Erik says that he’s not her “number one person” or even her best friend right now. Then Erik says, on Decision Day, he doesn’t want to get blindsided.

Ryan wants Clara to do an Enneagram Personality test to see how compatible they are. Ryan is still searching for “data points.” Maybe it’s not a good idea for her to take this test sitting next to him. She’s answering questions aloud and also pondering how she “should answer.” And Ryan is visibly concerned.

Vincent talks to Greg, his cousin-in-law. Greg busts on him for his pink sweatshirt, looking like he’s “been married for years.” Vincent starts out talking about the good stuff about marriage. The dirty computer screen is distracting. Vincent does re-tell the organization/bossy conversation. Greg asks what’s going to happen when the cameras go away.

Virginia’s friend, Aaron, comes over to check in. Virginia thinks that all of their issues are “normal marriage issues.” Virginia is questioning if their connection is strong enough to make it in the world with their communication problems and their circular arguments. They bring in a common friend, Abby, to talk more. Aaron is asking good questions, such as, do they have a recurring argument. Virginia says that their arguments about her going out with her friends and where to live are two big ones. Abby asks, “Are you, like, ready to do this thing for life?”

It’s two days until Decision Day. The couples are having a final date night. Ryan and his tight pants are doing some odd combination of football bowling and Clara is cowering trying not to get hit by the football. Clara would rather eat. Clara is romanticizing their connection. And then Ryan says something kind of bonehead. “I wouldn’t have wanted to go through this experience with anyone else no matter what happens Decision Day.” Clara walks off.

Briana and Vincent meet for dinner. Vincent says he’s learned a lot about himself. He has been overwhelmed and has shut down sometimes. They discuss the organization/bossy conversation. Vincent thinks that she can work on that part of her personality and change it. Briana thinks she can’t change it.

Haley and Jacob go out to eat. It’s another awkward conversation. It’s been, according to Jacob, a “heavy eight weeks.” Haley says that she’s learned so much that “maybe I should be a therapist, who knows.” Jacob lets that one pass and goes back to his steak. Jacob thinks they can go into Decision Day and “ride the positive wave.”

Erik is directing the dinner conversation a little too much with Virginia. He is very complementary and emotional about her. It might have been good to see Vulnerable Erik more this season rather than Ultimatum Erik.

On their last night together before Decision Day, the couples are spending time running through their struggles and thoughts. Then, in a moment of humor (so he thought), Vincent cuts one of Briana’s braids. There must be more to that story. It seemed so random.

It’s the last day before Decision Day. The couples will spend their final night apart. Vincent puts on his pink sweatshirt and heads out. He wants to go chill, but he seems to be in “a mood.” Vincent says, “It was nice knowing ya.” Briana says, “What does that mean?” and Vincent walks out. Ryan is heading out, and Clara keeps sleeping. It sounds like Jacob is willing to stay and work it out rather than fail and go back to dating.

Next episode is finally Decision Day. It looks like the biggest decision next week is how long the experts can stomach Chris Williams before they call him out. Who do you think will be together after next week’s finale?