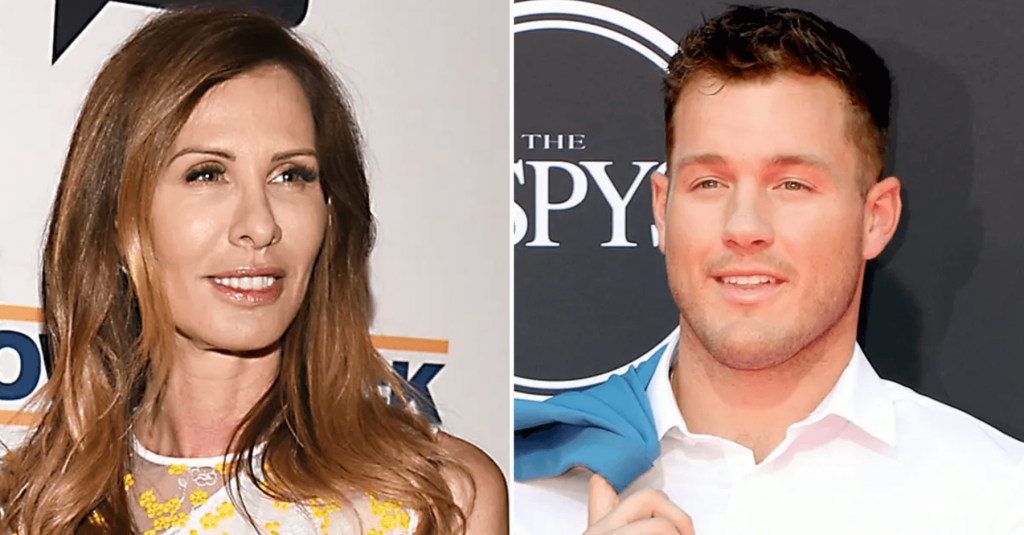 Former Bachelor star and Bachelorette contestant, Colton Underwood, came out as gay this week, and  Real Housewives of New York City alum, Carole Radziwill, had plenty to say about the reality TV twist.

“I got to a place in my personal life that was dark and bad,” he added.

“I came to terms with that earlier this year and have been processing it, and the next step in all of this is sort of letting people know,” Underwood said. “I’m still nervous. It’s been a journey, for sure.”

Carole took to Twitter to sound off about the ABC interview, and some fans took her to task for her social media double-talk.

“Congrats to Colton Underwood but also What?? You apply & compete with other men to go on a TV show looking for love & you think you might be gay? What about processing that without involving TV crews and 25 girls,” Carole posted in a series of tweets. “It’s a great day for gay men, bad day for young women. #Bachelor.” 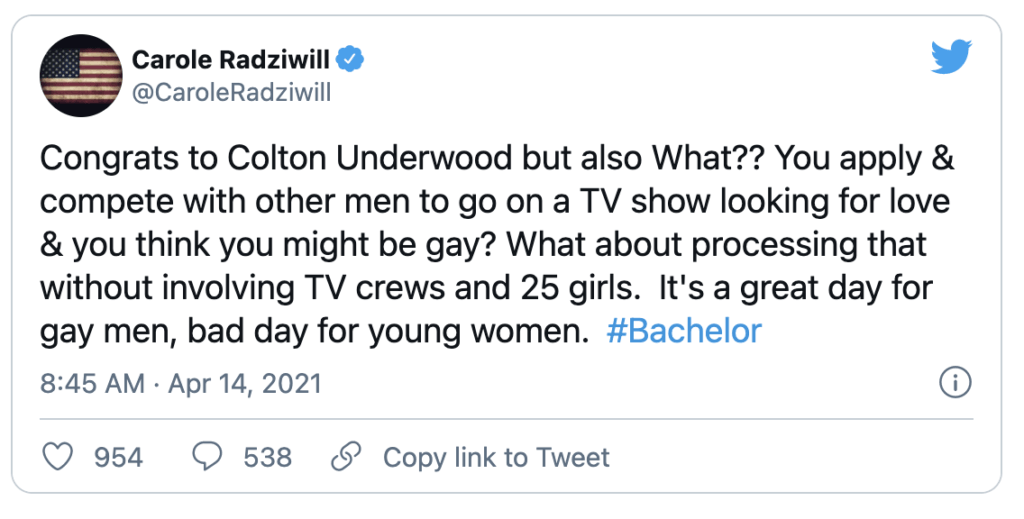 “I’m happy for Colton to be living his truth now,” the former RHONY star continued. “Is anyone talking about whether @ABC executives should be vetting their contestants better? Or what the women think? @RobinRoberts @BachelorABC What’s good?”

Carole added in another tweet, “They just need to do a better job at vetting people. I assume its very difficult to get on that show.”

One Twitter user responded to Carole writing, “Lots and lots of women have dated/liked a guy who was gay before he was out or honest with himself/everyone else. Doesn’t reflect poorly on anyone involved.”

“If you’re worried about the girls, I promise, they’re fine,” the woman added.

Carole noted that Underwood’s situation “hits differently” because it played out “on national tv in a reality game show.”

Carole responded to another fan who called her out for commenting on “the journey of a gay man.” She said in her defense that she was “commenting on the affect [sic] of the straight women competing for [Underwood’s] attention.”

“Oh now that hits below the belt,” she wrote, adding three laughing emojis. “It’s the @BachelorABC producers that need to reflect tho, it should be part of that convo.”

Another person said that she hoped that Carole would “keep an open heart and mind” and the ex-reality star replied—”My heart is open but in all directions not just to that of the struggling man. He chose to go on a reality game show, the women and their journey should be part of this convo. I get it, its a show. #patriarchylives.”

“#TheBachelor contestants apply to be on the show,” another fan pointed out. ”There is no promise that they will find love. There have been contestants with girlfriends WHILE participating. Their love wasn’t available either. Should we cancel the show?”

“It pits women against each other in the most base [sic] way to ‘win’ a guy. Maybe that should be considered? Or stop marketing it as a show to find love? Idk. It’s another entertaining show that portrays women as manipulative, conniving and desperate. Start there. #patriachrylives.”

Another user asked Carole how producers could “vet sexuality … especially when a person hasn’t come to terms with it themselves,” adding that spotting “racists and liars” would be greater concerns.

“Well, hello yes! Me too. I don’t know but these guys compete with hundreds of applicants. You have to pursue this, it doesn’t just passively come to you…ABC execs wanted a hot football player because it made great TV. Other concerns were pushed aside,” Carole responded. 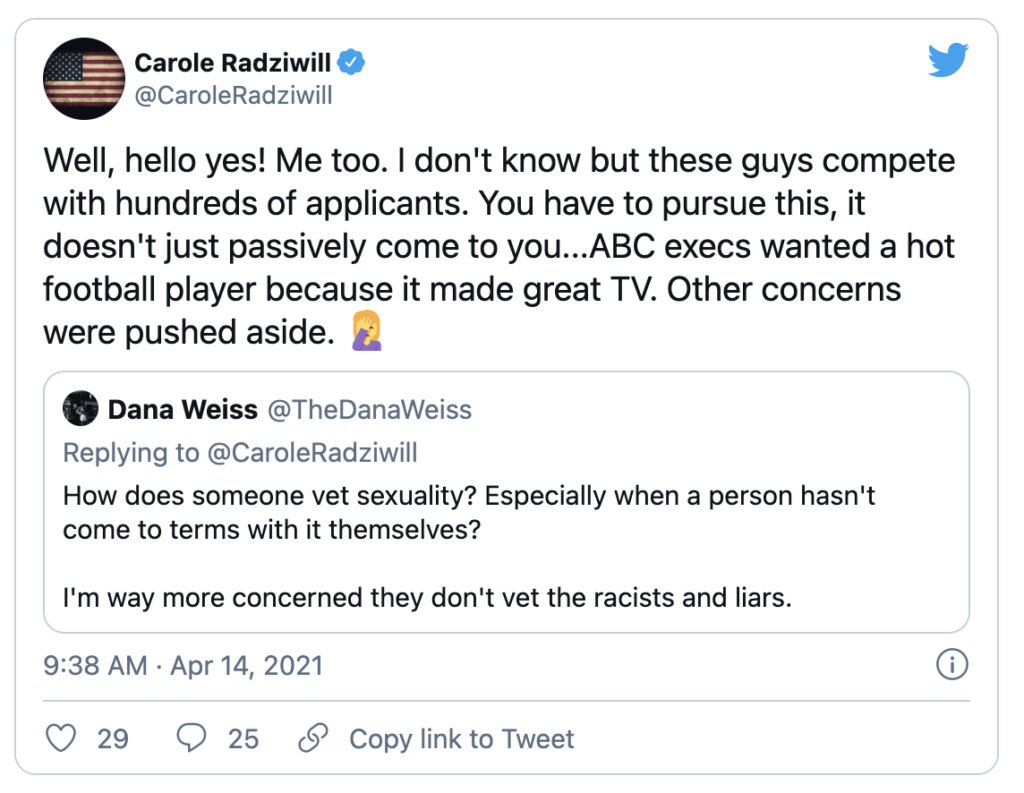 Carole offered a weak comeback, writing— “We should come up with a new genre. Unreality Shows.”

The Real Housewives of New York City returns to Bravo on Tuesday, May 4, at 9 pm, ET.