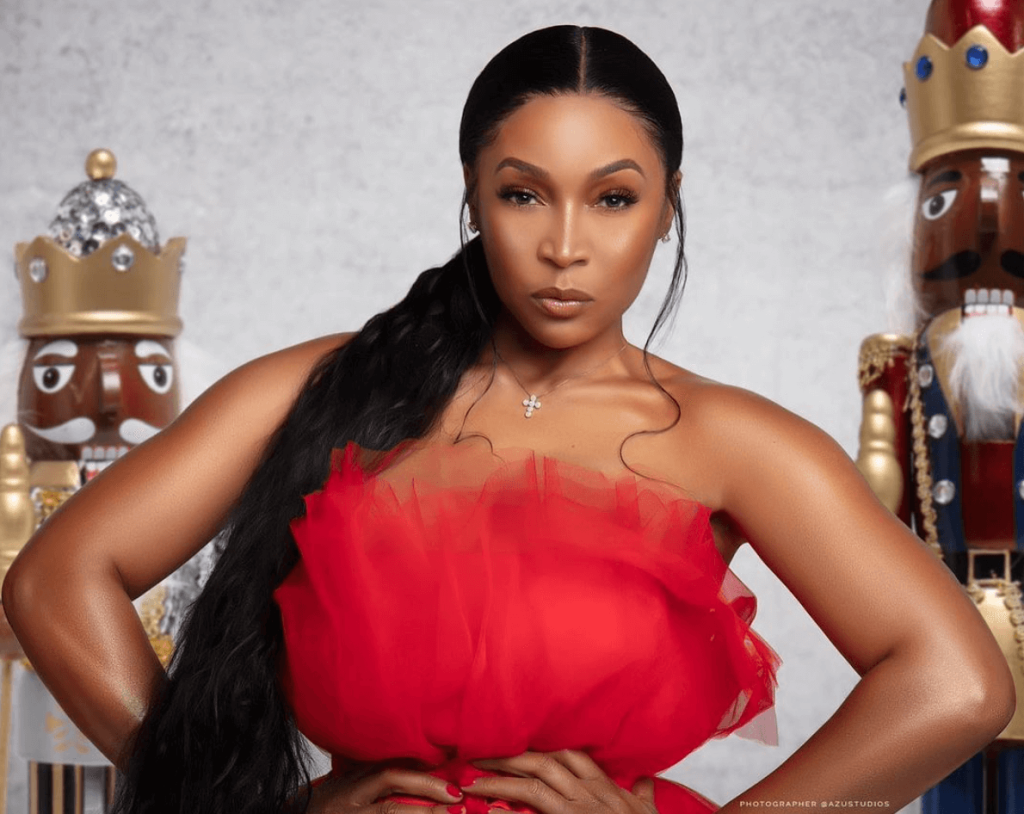 Real Housewives of Atlanta cast sidekick, Marlo Hampton, is back in the hot seat. While Marlo has been busy swapping barbs with Porsha Williams in recent days, this time it was Shamea Morton who put the reality star on blast.

Shamea Morton alleged that Marlo announced that she wanted to “f*ck” her husband during the cast trip to New Orleans, and that Bravo edited out the shocking remark. The preview tea was posted by blogger, RHOA + RHOP, on Instagram.

Fans of the show took Shamea to task after she accused Marlo of having liposuction, prompting the reality star to fire off a response on Twitter. Some viewers have also taken issue with Shamea’s fierce loyalty to Porsha.

“Idgaf about dis bih and her lipo! I only called @marlohampton out bc she came for me in Nola (which was edited out) and said she was gonna f*ck my hubby. EVERYONE witnessed it. 🙄 Otherwise, I could give a d*mn about a lisp queen!” Shamea tweeted.

The bombshell tweet inspired a response from Marlo — who did not hold back.

Marlo Hampton addressed Shamea’s accusation via a tweet and delete, accusing Shamea of trying to amp a “stale storyline.”

“Did a little charity work 🙏🏾 this season and helped round our ole girls stale story line, getting her closer to the finish line for a 🍑 next season 😹 😹,” Marlo snarked before deleting the tweet.

Porsha and her pals have been turning up the heat on Marlo for pressuring Porsha to admit that she slept with Bolo the stripper at Cynthia Bailey’s South Carolina bachelorette bash. Porsha has denied the accusation.

As reported, Porsha made headlines last month, after she and her co-star Drew Sidora, chatted about an incident involving their cast mate, LaToya Ali, during a joint interview. Drew claimed that LaToya had once licked a toilet boil, which set off a livelier conversation.

Porsha Williams took in the story before she blurted, “Don’t tell me that, because LaToya kissed me down ther….” She abruptly stopped her comment, sparking questions among fans who wondered if Porsha had just spilled that LaToya had “kissed her down there.”

Shamea quickly interjected her own commentary, in a seeming attempt to rescue Porsha.

“She didn’t kiss you down nowhere. What you talking about Porsha?!” Shamea asked.

“I said I would hope she didn’t have her tongue down in the toilet cause she kissed my lips” Porsha quickly said, pointing to her mouth.

A popular internet personality made a video after the RHOA ladies’ interview,  sounding off about the comment. The video triggered more fan chatter about an alleged undercurrent of lesbian activity amid the RHOA cast.