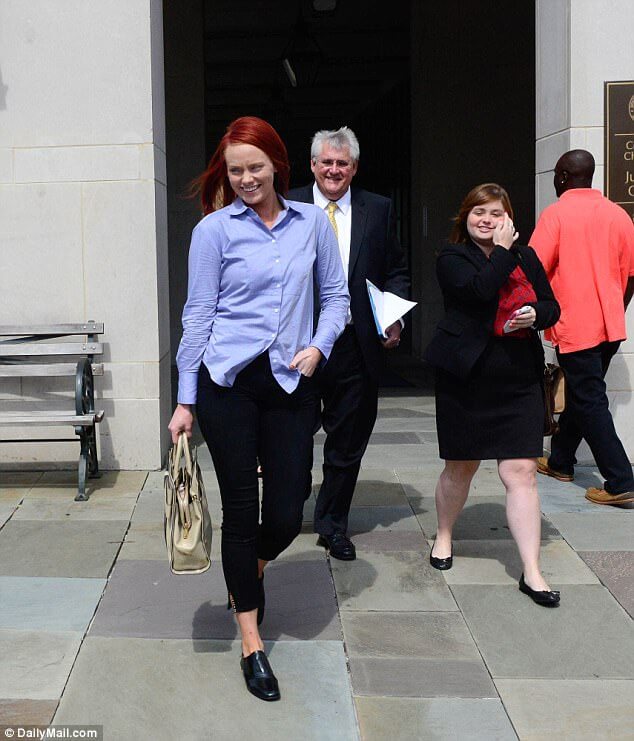 Kathryn Dennis is sounding off about her legal woes, only weeks after losing temporary custody of the two children she shares with her ex and former Southern Charm co-star, Thomas Ravenel. 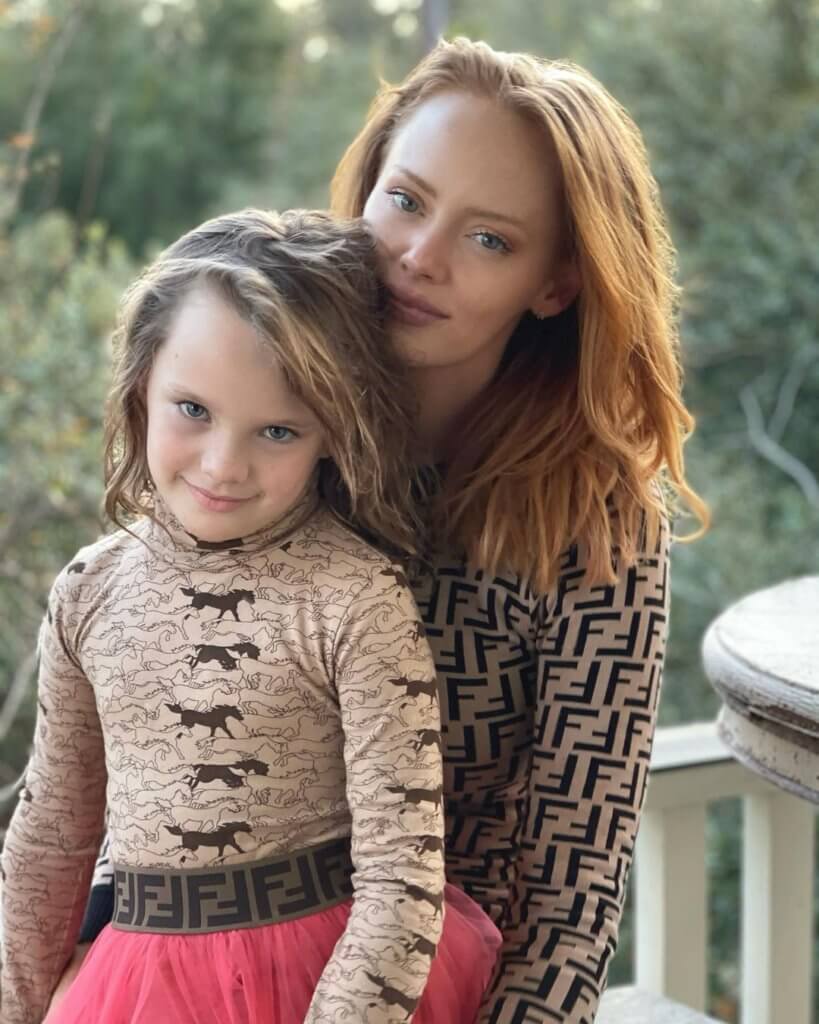 The reality star took to Twitter last week to complain about a legal system that she describes as manipulative.

“I need to scream this so I’m going on Twitter, it’s a shame what some lawyers are willing to do. Can anyone relate?” the Charmer tweeted last week.

Kathryn Dennis added that it was time to “start advocating for the people who get manipulated by the legal system.”

She seemingly threw shade at the father of her children in her follow-up tweet, writing, “And against those who use the legal system to manipulate.” 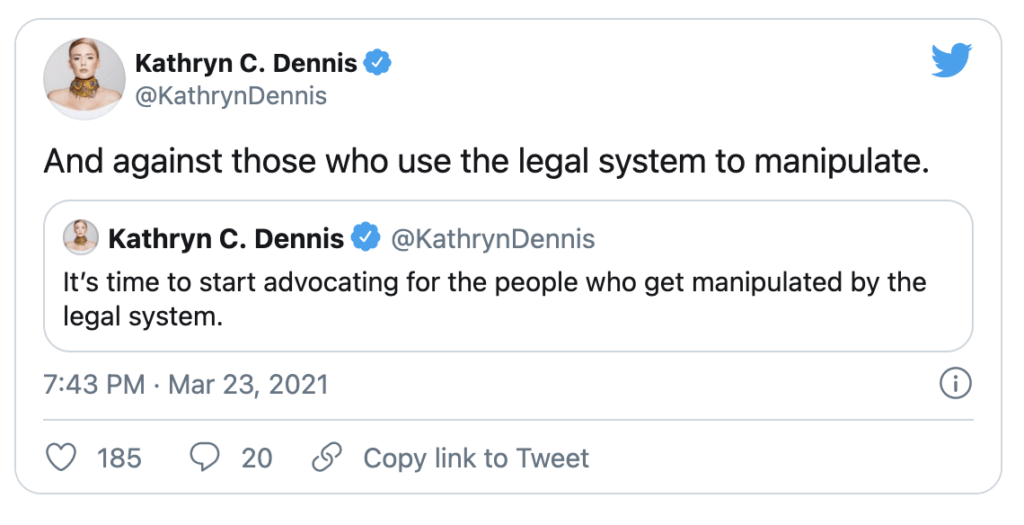 As reported, Kathryn has supervised visitation during the day Saturday and Sunday every other weekend.

Kathryn shares two children, Kensington, 6, and Saint, 4, with Thomas, who reignited the custody war when he filed for sole custody of the two children, on October 23, 2020. 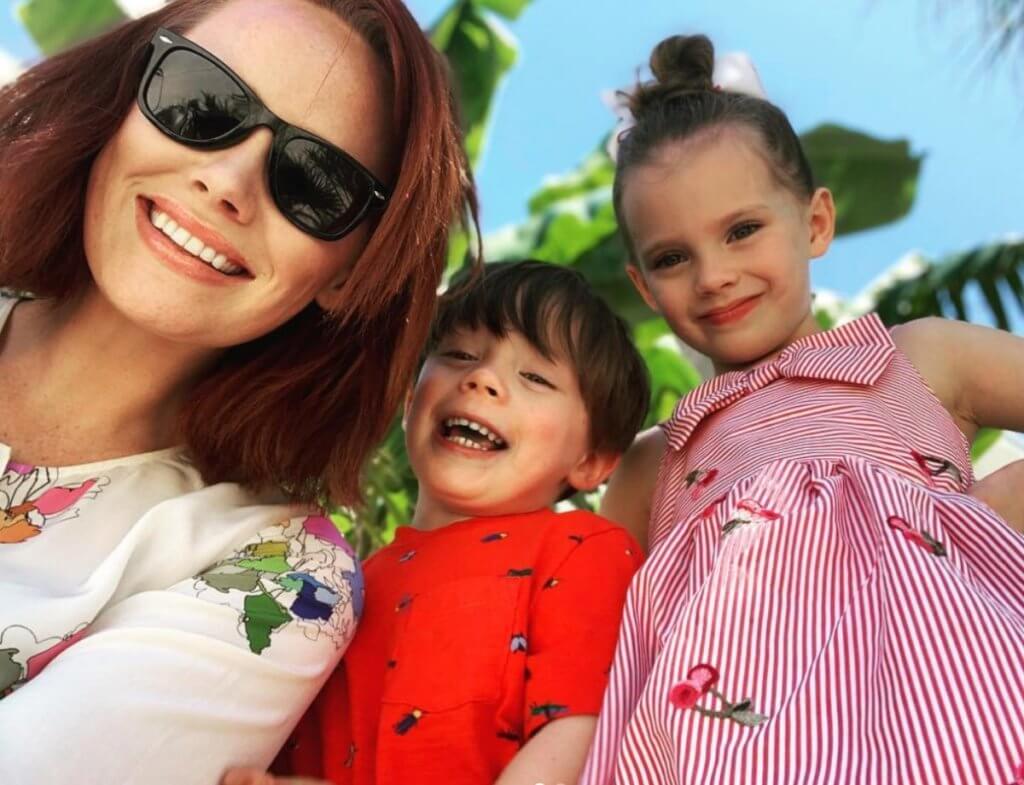 Kathryn’s spun social media narrative does not change the scathing accusations levied against her by Thomas and his legal team.

Thomas cited Kathryn’s alleged drug use and neglect when he requested that the custody agreement shift from joint to full custody. The Sun obtained court documents that allege that a mutual friend alerted Thomas to an incident that occurred during a getaway with Kathryn, her boyfriend, Chleb Ravenell, the children, and others.

“He informed me that he witnessed a lot of cocaine use during this trip and that Kathryn had left cocaine within grasp of the children, which he thought was dangerous,” Thomas alleged.

“I do not use cocaine so naturally I have not left any out for our children to access,” Kathryn fired back in her response.

Court docs state that the man witnessed Kathryn leaving the home and the children unsupervised “on multiple occasions.” He specified incidents that allegedly occurred on July at 1:48 am, on August at 3:17 am and others.

He also noted that a neighbor called police after seeing Saint wandering unsupervised near a busy road. Kathryn admitted that her father once fell asleep while watching the children, and that Saint had walked outside. She added that she had not allowed her father to care for the kids since.

Thomas also alleged that the children returned from time with their mother “filthy and unkept.” Kathryn denied Thomas’ claims, calling them “untrue.”

The developer also said that Saint had taken “speech and occupational therapy for years to help combat his delays, but he is still falling behind at school,” seemingly connecting the child’s delays to a previous Fetal Alcohol Syndrome diagnosis.

Kathryn was also hit with a lawsuit filed by a former consultant, who sued her last year for dodging bills. She hired the image consultant in 2019, ahead of Season 7 filming season.