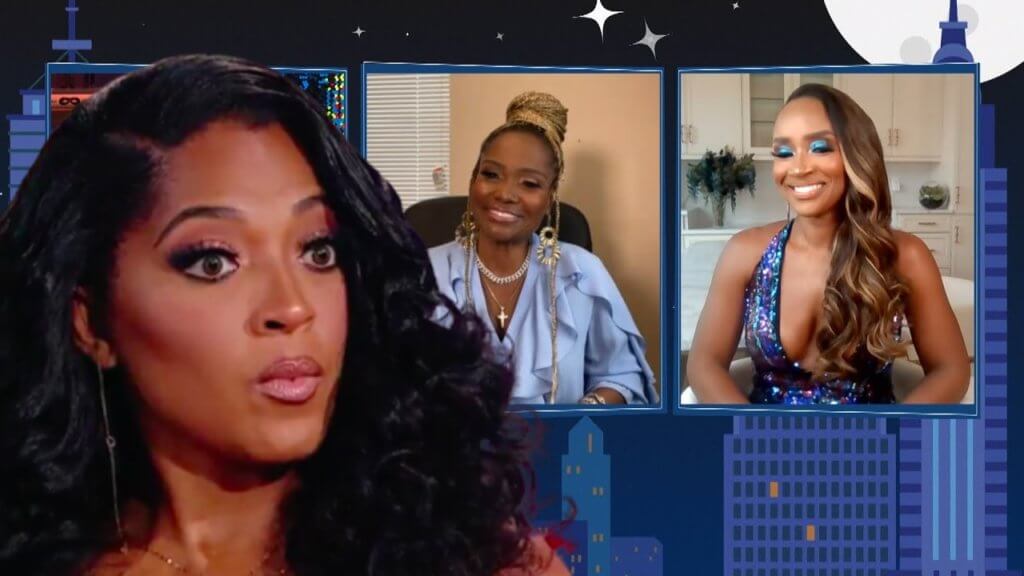 Dr. Heavenly Kimes and Dr. Contessa Metcalfe went in on their Married To Medicine  co-star, Toya Bush-Harris, during a post-episode appearance on Watch What Happens Live, Sunday night.

Fans of the Atlanta based hit know that Heavenly and Toya engaged in a screaming match on Sunday’s episode, after a friendly kids vs. parents basketball game played out on Heavenly’s home court.

WWHL host, Andy Cohen, kicked off the shade-fest by asking a series of rapid fire questions in a game called “Spill the Posi-Toya-Tea.” The ladies were asked to keep their responses “positive”—but they did not hold back. 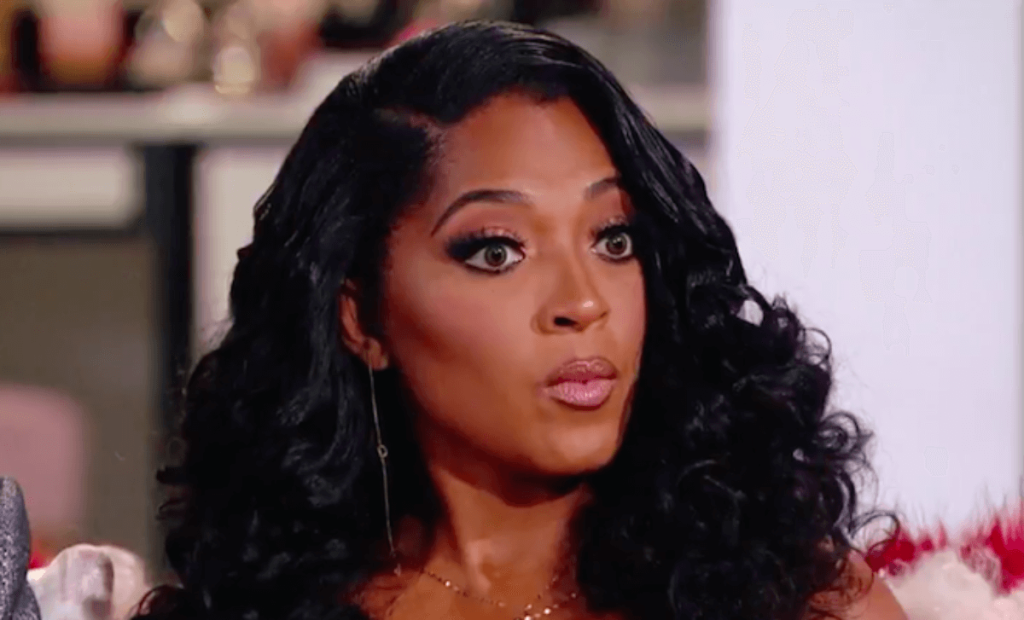 Heavenly was asked what she could “learn about finances” through Toya’s experiences.

“What not to do,” Heavenly said. “Not to rent, not to lease, not to buy things I can’t afford.”

“She takes care of her kids,” Contessa responded when asked to weigh in on Toya’s best quality “as a wife.”

Heavenly was asked what her favorite things were about Toya’s alter ego, “Patrona.”

Contessa threw shade at Toya’s “sprawling home,” commenting– “The one that’s on the market? It’s about to be someone else’s.”

Cohen asked Heavenly to identify the best quality that Toya had instilled in her sons.

Heavenly wrapped the game by adding that Toya had her beat when it came to “spending money.”

Toya responded to the shade party on Twitter writing, “Saymynamesaymyname #letitgo The truth will come out!”

Cohen also asked Contessa, via a fan question, the real reason behind her never-ending beef with Toya.

“Why you and Toya can’t just make up? She said things and so did you. If she’s willing to get past you calling her husband ‘a bitch,’ why on earth can’t you get past the argument?” the viewer asked.

Contessa corrected the fan, reminding her that Toya dissed her husband first during the heated Season 7 moment.

“She first called my husband ‘a bitch,’ and my rebuke of that was, ‘Well, your husband is the definition of a bitch,’ right?” Contessa explained. “I think I said a little more, so that was that.”

“And if you will watch all these things, she actually continues to start it,” Contessa added.

Contessa revealed that things were “fine” between the two ladies for awhile, but added that Toya can’t “maintain” peace.

“I’ve seen her for an entire year, and it wasn’t until she showed up at that event that she decided she had a problem again,”  Contessa said of her most recent conflict with Toya, which unfolded at Anila Sajja’s Rakhi dinner party. “So, she just can’t maintain it. She just gets mad all over again, and nothing happens. So that’s why I’m kind of over it.”