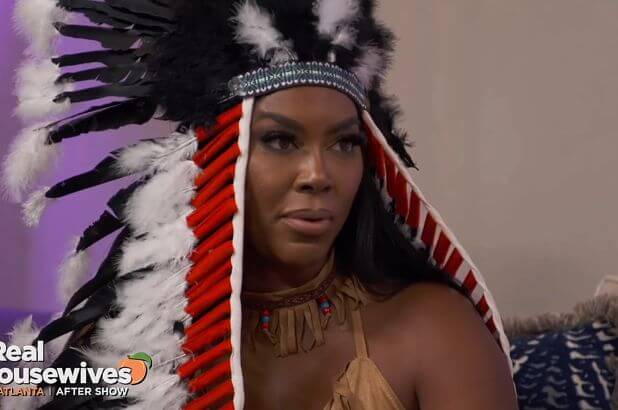 Kenya Moore was slammed for cultural appropriation during Sunday’s Halloween episode of The Real Housewives of Atlanta.

Lots of costumes, from a mermaid to an astronaut, were in the festive mix on Sunday’s episode, but it was Kenya’s controversial outfit that sparked  fan chatter. Bravo labeled Kenya’s getup as “Native American,” but Kenya, rocking a fringe dress and feathered headdress, described the look as a “warrior princess.” 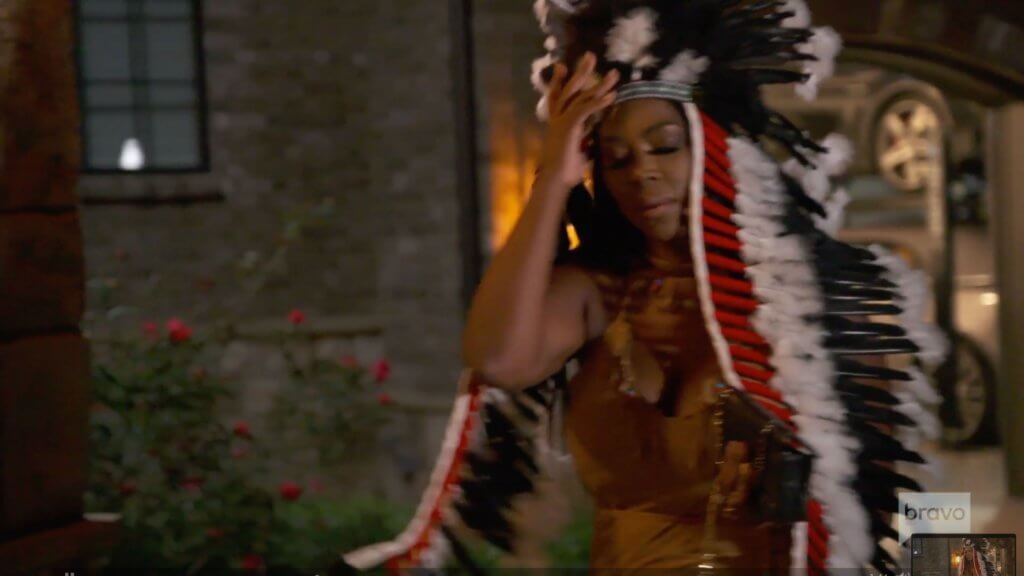 A Native American organization called — IllumiNative — led by Native peoples, blasted Kenya Moore and Bravo for disrespecting their culture. The organization released the following statement below.

“We are deeply disturbed by last night’s episode of #RHOA in which @thekenyamoore wore a Native American “warrior princess” costume.

Costumes that mock Native peoples, defame our traditions and cultures, and perpetuate negative stereotypes are racist. “Playing Indian” is a form of mascotry that is not just offensive, it is part of a long history of how Native peoples have been dehumanized. Countless research studies show the harm these images, actions, and the normalization of these behaviors have on our youth. We also know the dehumanization and sexualization of Native women contributes to the crisis of murdered and missing Indigenous women. #MMIW

We are also incredibly concerned that none of the producers or executives at @bravotv, @comcast, @nbcuniversal intervened although several cast members commented on how uncomfortable, unnecessary, and offensive the costume was on camera. The series has had several instances of racism and offensive behavior and yet it seems no training, procedures, or standards have been sent to stop offensive acts, which go against the values @comcast professes to have.

It is important that @bravotv, @comcast, @nbcuniversal, @bravoandy and @thekenyamoore apologize for the harm they have caused Native peoples and commit to ensuring offensive displays like this never happen again. Native people are not a costume.”

Bravo was quick to respond and issued the following apology to the Native American community. 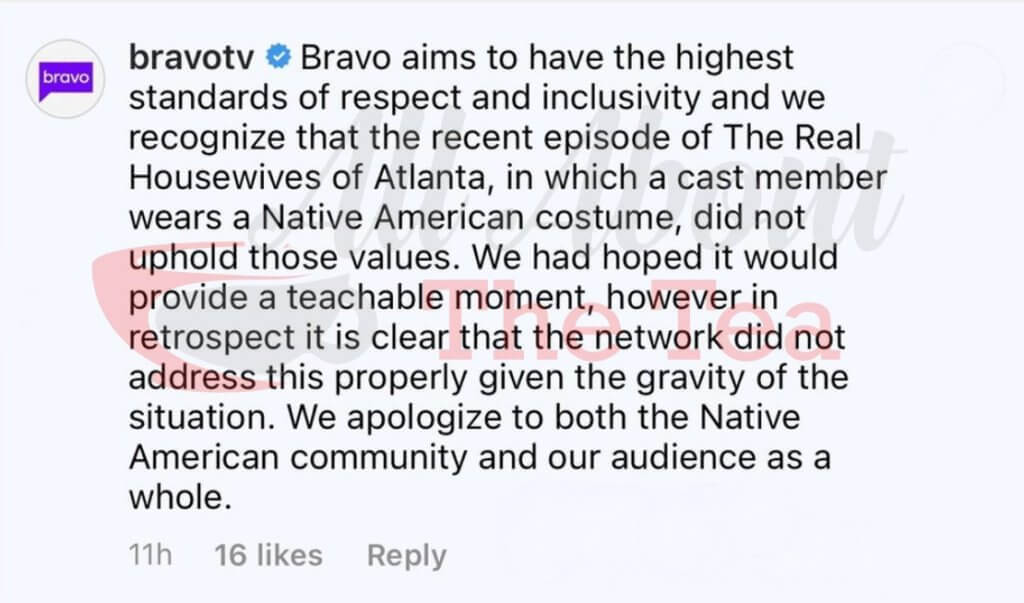 “Kenya’s Native American costume is super problematic but I ain’t trying to ruffle no feathers for this girls trip,” Drew Sidora said. “It seems like I’m the only one who sees the issues with Kenya Moore’s decisions.”

“She is a Native American warrior. I thought we weren’t doing that no more. I knew that this girl was crazy, but add lame to the list, add wack to the list,” Porsha Williams added.

Kenya’s costume was addressed during Bravo’s After Show, where Porsha shared more about how she felt about her co-star’s look.

“Someone was dressed fully, head to toe, in cultural appropriation,” she said.  “How many times they gotta ask us not to wear that? How many times? Head to toe, just drippin.’”

“I didn’t think anything of it. If anything I think she, to be an Indian princess, she thinks that’s a beautiful thing,” said Kandi. “I don’t think she was wearing the costume to mock anyone. I think she thought it was a beautiful costume, a sign of a leader, someone to look up to not to be made fun of. I don’ think she was doing it as a joke to be mean.”

The controversy came up again during ‘Watch What Happens Live,” where Andy Cohen questioned Drew Sidora about what she thought of the “culturally insensitive” costume. He also asked if anyone confronted Kenya about it during the Halloween party.

“No one said anything. I think we talked about it afterward, but I was done. It was like what you said, Andy, it was culturally immature, irresponsible, but I’m not gonna ruffle feathers,” Drew explained. “Me and Kenya, we had our conversation, I’m just trying to have a good time, I’m gonna keep my mouth shut on this one. Sometimes you gotta knew when to speak and when not to speak.”

While Kenya did not address her cast mates’ opinions, she did respond to a viewer who called her out on social media. Kenya noted that the costume was “also part of my heritage.”

Kenya got hit with backlash in the post’s comment section, by viewers who disagreed with her explanation.