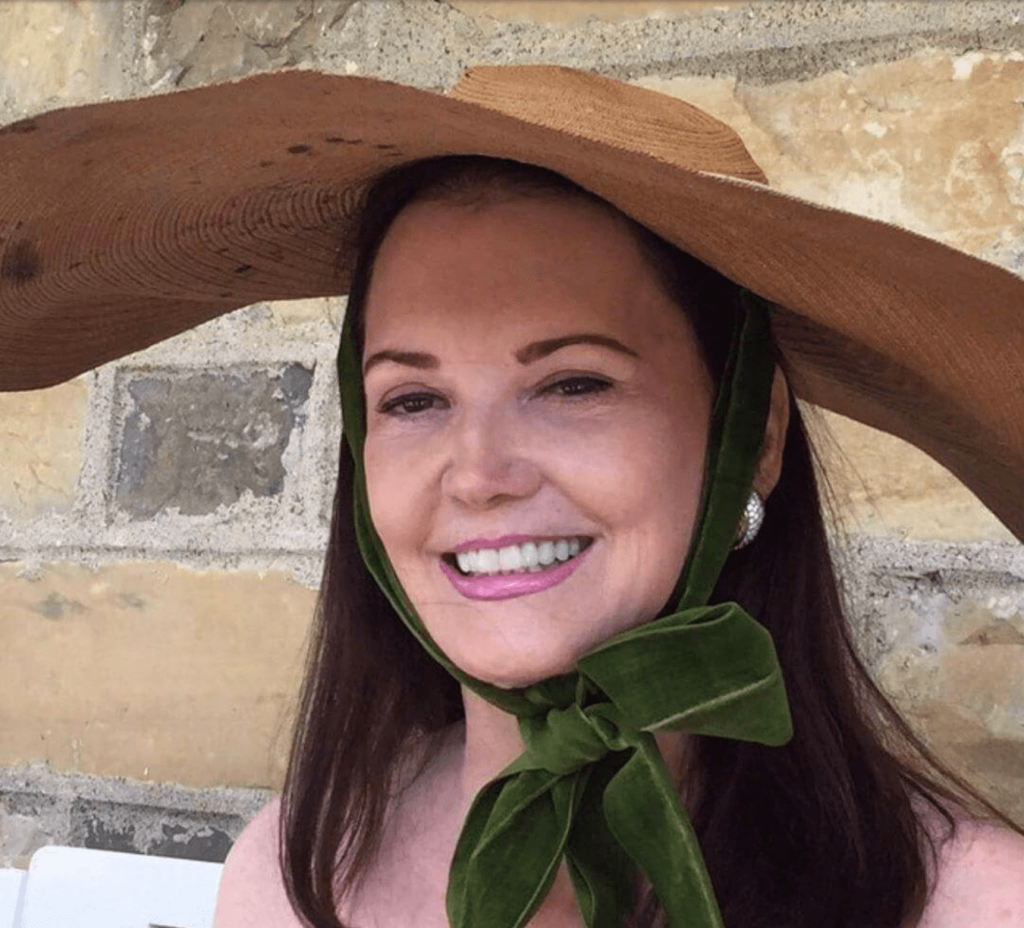 Southern Charm fans have been invited into Patricia Altschul’s home many times — but might not know that her home showcases some not-so-charming nods to the old South.

A photo snapped inside Altschul’s mansion, obtained exclusively by AllAboutTheTea.com, reveals a Christmas tree topped with a pair of Confederate flags.

“I was shocked and appalled,” our insider said about the unconventional tree topper. 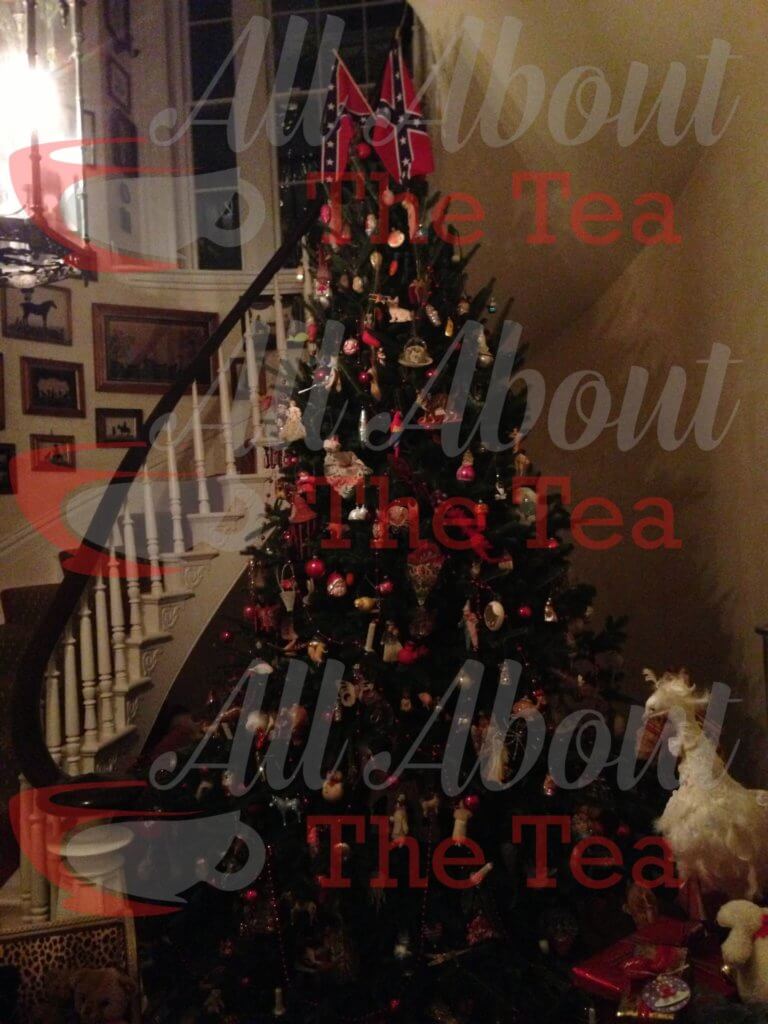 Patricia Altschul relocated to Charleston from New York in 2008.

Below is another photo from inside Patricia’s Charleston home, which corresponds to the interior in the photo above. 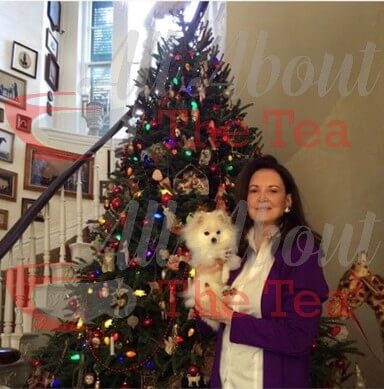 Our source alleged that the senior Charmer is a “poser” and desperate to fit in to a perceived narrative.

“That reinforces them as fake people, posers and that’s why real Charlestonians have nothing to do with them,” our insider said.

“It was an audacious, presumptive, patronizing and downright insulting attempt to fit in. Did they think they just jumped on a time machine and went back to 1860?” the source remarked.

Several eyewitnesses reported that Patricia Altschul owns the actual bed in which Robert E. Lee was born, and has a lock of the Civil War Confederate general’s hair.

Social media fans know that Patricia Altschul regularly flaunts her southern pride on Instagram — and even struck a pose in the actual bonnet worn by Vivian Leigh, in “Gone with the Wind.” Commentators have denounced “Gone with the Wind” for its rosy, pre-Civil War depiction of slavery, while downplaying its horrors. 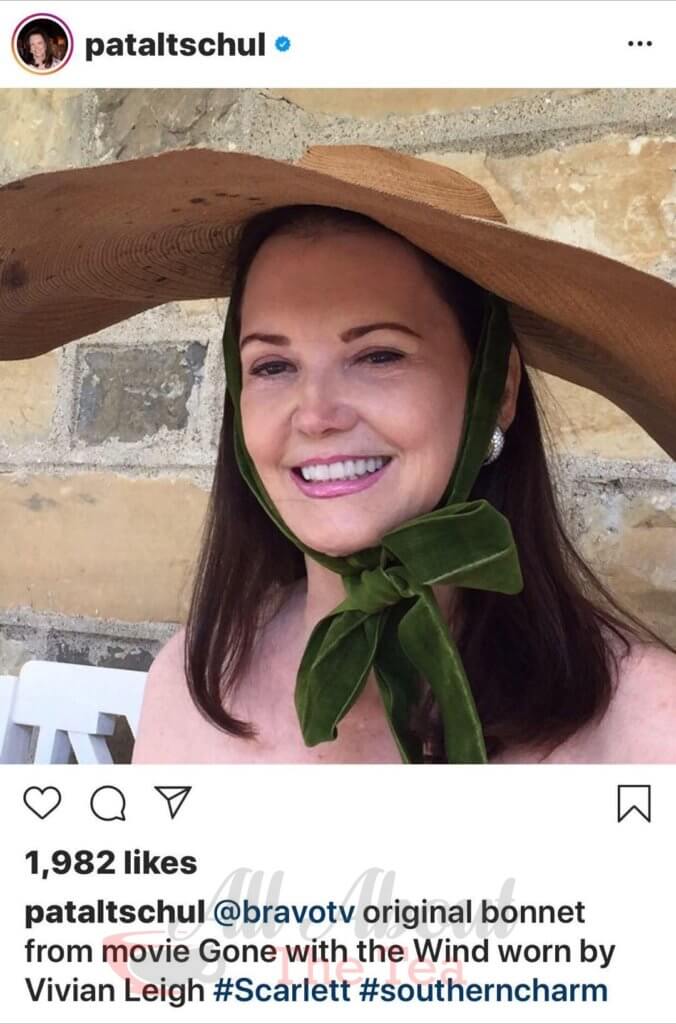 Patricia proudly shared a Christmas wreath crafted with cotton on Instagram — a homage to the days of slavery when African-Americans were forced to pick cotton for their slave masters. The cringeworthy decor only serves as a reminder of a horrific time in American history.

“Way down south in the land of cotton” you find this,” Altschul captioned the share, adding hashtags, #Christmas, #wreath, #Charleston, #SouthernCharm2. 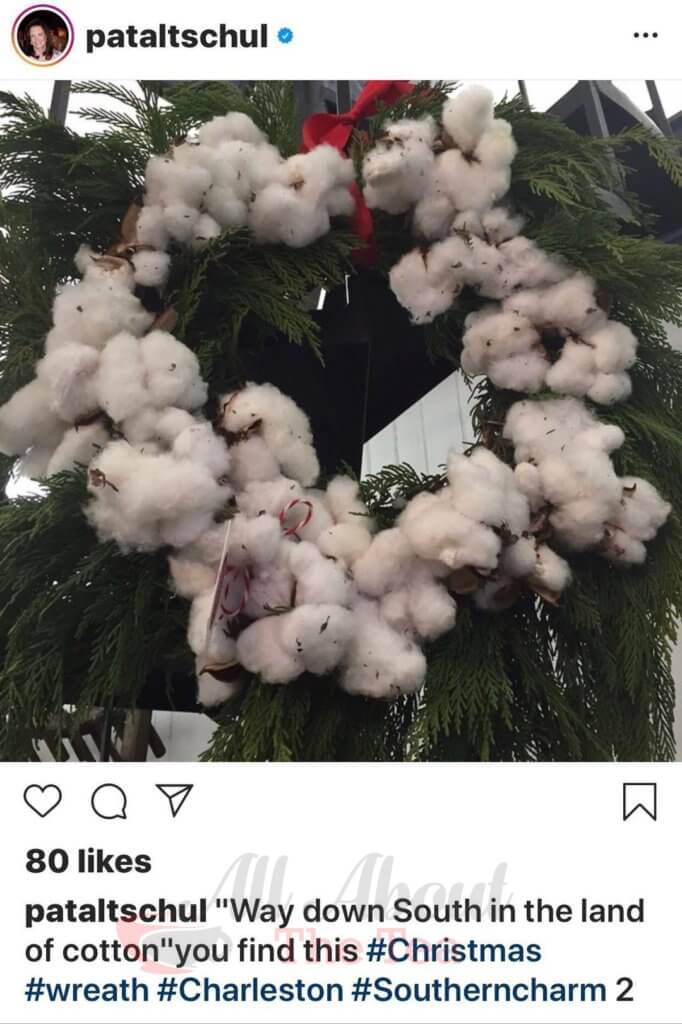 Negrobilia is a word that combines “negro” and “memorabilia” and refers to collectibles relating to stereotypes of black people.

Our source concluded by blasting Patricia Altschul as a “flagrant” bigot.

“I mean there’s bigotry then’s there’s out of the closet, flagrant bigotry that they show off. Like I can be a bigger bigot than you,” the source remarked.