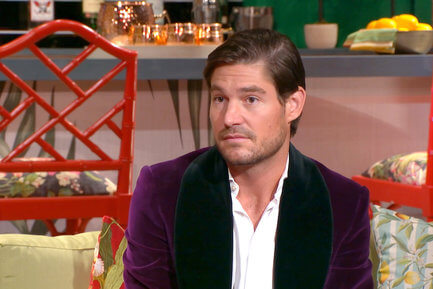 A new Instagram account sparked lots of Southern Charm chatter on Wednesday — the launch indicating that Craig Conover has opened his own law firm.

It appears to be a legitimate venture for the reality star, and a surprise shift from his reportedly booming pillow business. 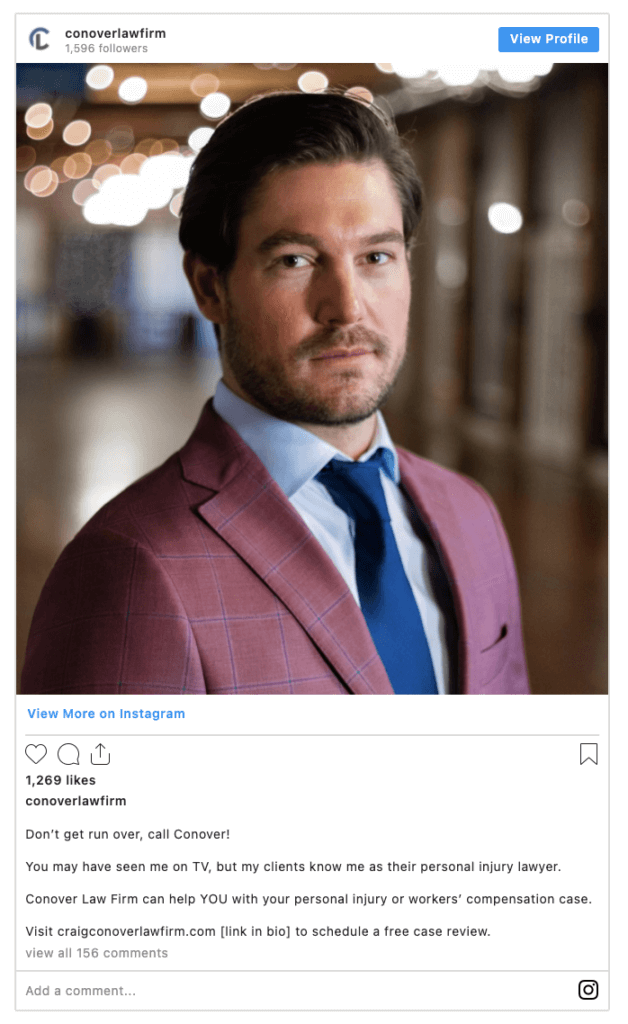 Craig Conover, 31, posted a dashing selfie to publicly launch his firm, writing in the post’s caption, “Don’t get run over, call Conover!”

“You may have seen me on TV, but my clients know me as their personal injury lawyer.

Conover Law Firm can help YOU with your personal injury or workers’ compensation case.”

Fans of the Charleston based series know that Craig’s early season storyline revolved around his law school journey and preparation to take the bar exam. He was challenged and teased by his co-stars after giving only vague answers about his completion of law school and his goal to pass the test. It was finally confirmed that he passed the bar, but Craig has yet to pursue a legal career, instead focusing on turning his sewing hobby into a pillow biz.

“Sewing Down South” celebrates a second anniversary on April 1st, and Craig has hinted that he will be adding more products to his line in the near future.

Fans can also hear Craig Conover dish with his co-star, Austen Kroll, on their podcast, “Pillows and Beer,” while awaiting news about the next season of Southern Charm.

As reported, Craig rocked the Season 7 reunion series when he blasted his co-star, Madison LeCroy, for communicating with a “married” MLB star while still in a relationship with Kroll. Fans know that the former baseball pro turned out to be Alex “A-Rod” Rodriguez.

“You were flying around the country sleeping with men, married men. Ex-MLB players,” Craig alleged during the post-season sit-down. “That’s what you were doing during quarantine.”

“You know why [your ex] Austen [Kroll] was at my house? ‘Cause you weren’t talking to him! You flew to Miami to  f—k an ex-MLB player,” he  added. 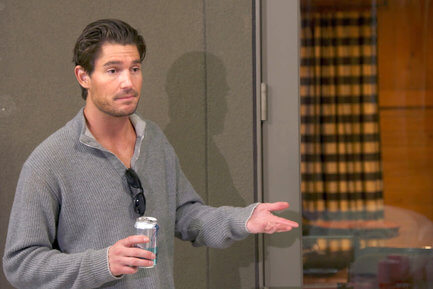 Austen commented that Craig’s story was “the goddamn truth,” but Madison vehemently denied the accusation.

“Give me a name! Put me on a lie detector test,” Madison fired back. “I never flew to Miami. Where’s the record of that? That’s fake.”

Craig Conover and Austen alleged that Madison had flaunted messages that she had allegedly received from the heavy hitter. Bravo bleeped out the name revealed during the aired exchange.

“He contacted me and, yes, we DM’d, but other than that, there was nothing,” Madison explained. “I’ve never physically seen him, touched him.”

It remains unclear if Madison has anything to do with the breakup rumors swirling around A-Rod and J-Lo.

A-Rod confirmed last week that he is “definitely not single”, and that high profile couple was “working through some things.”