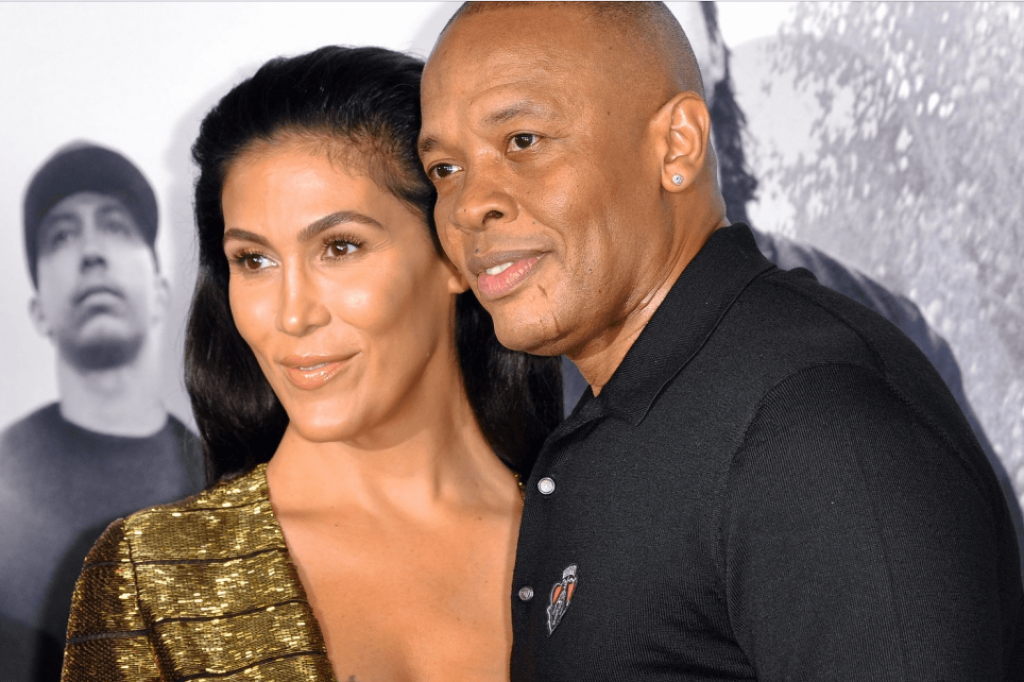 Dr. Dre’s ex-wife is sharing details of multiple alleged domestic violence incidents, including one that accused the famous musician of knocking her “out cold” in a drunken rage.

RELATED: Dr. Dre’s Estranged Wife Accuses Him Of Holding Gun To Her Head And Punching Her Throughout Their Marriage!

The Blast obtained documents that reveal that Nicole Young asked the court for a restraining order against the famous rapper — after detailing a list of violent assaults she claims went down during their marriage. Andre Romelle Young, aka Dr. Dre, denied all physical violence against his wife in his response to the filings, and claimed that she is lying about her  accusations.

Young accused Dr. Dre of punching her “squarely in the face” knocking her out “out cold,’ in one shocking claim. Young outlined many alleged “incidents of domestic violence he perpetrated against me prior to‚ throughout our marriage,” in the restraining order request.

Young details one disturbing incident which allegedly occurred in 1999, shortly after the birth of the couple’s second child.

“Andre felt l “disrespected” him while he was at a party,” she claimed. “He pulled me away and punched me squarely in the face, knocking me out cold.”

“I woke up in the passenger seat of our car, without a seatbelt and with Andre speeding at over 100 miles per hour on the 118 freeway,” Young continued. “Andre was drunk and out of control. He was swerving and weaving, screaming at me. l was terrified that Andre would crash into the center divider.” 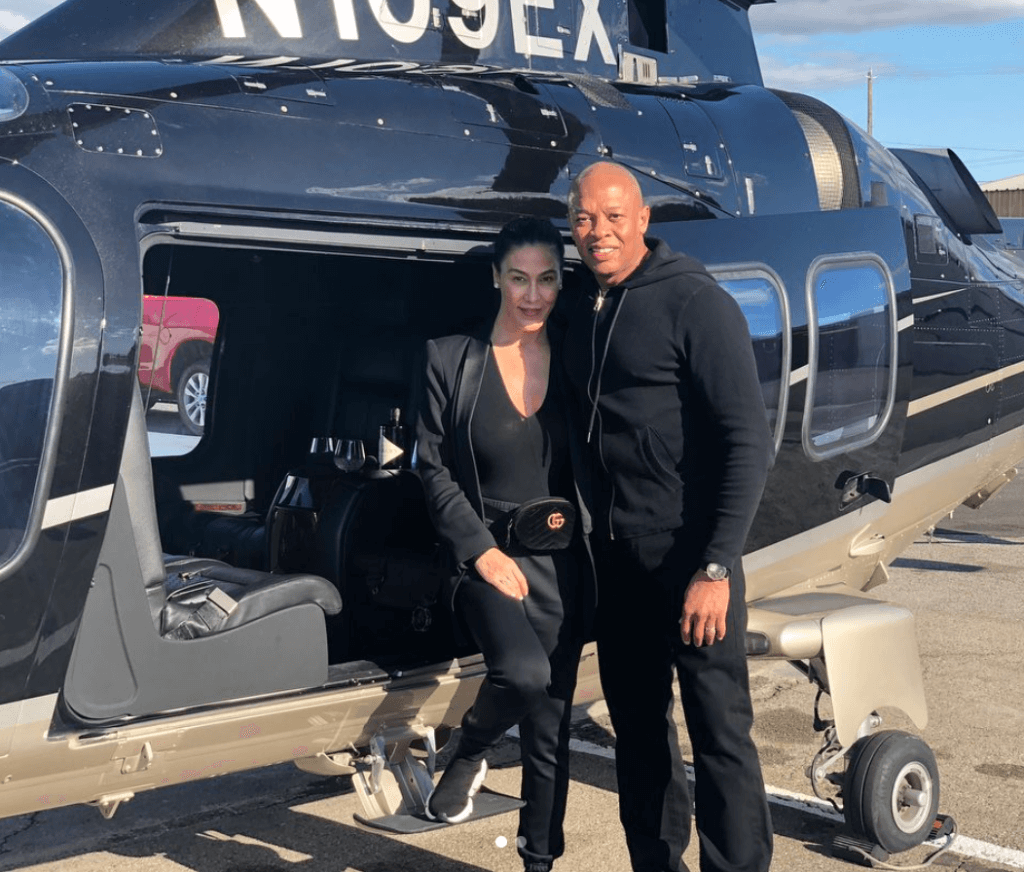 “He threw my planner which contained photographs of our young children out the car window. l begged him to stop or slow down the entire time we were in the car. l thought l was going to die in the car that night,” she added.

“In September 1995, during an argument in which Andre accused me of being ungrateful for the life he was providing me‚ decided to leave him and move out of his house. As I was packing up my things, Andre, who was drunk and irate that I was standing up to him, grabbed me by my neck, lifted me off the door, and slammed me up against a wall,” Young claimed. 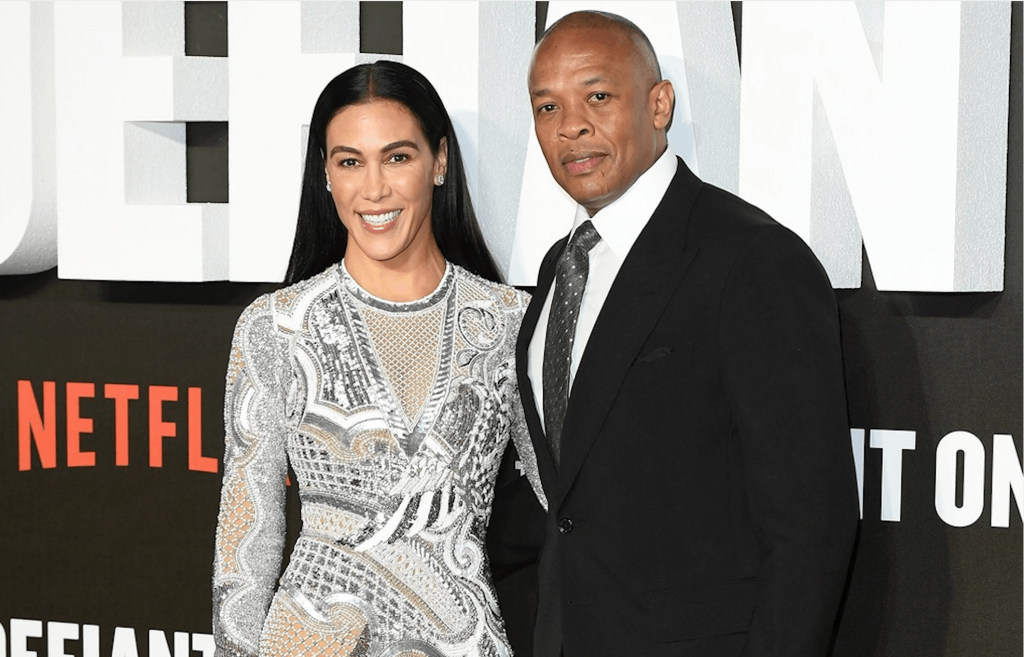 She described another alleged incident which supposedly occurred in 2012.

“In 2012, while we were at our Malibu home, Andre raged at me because he believed I “disrespected” him. He threw me onto the pool table and, once again, held a gun to my head. I was terrified that he was going to kill me. I kept looking outside our window, praying that someone would see what was happening and call the police. I apologized over and over again for “disrespecting” him and begged him to let me go. He was so drunk and angry, I did not know what he was going to do.”

Dr. Dre responded to the accusations via a filed opposition to the restraining order. He denied all violent acts and accused his ex-wife of lying in order to “obtain money” from their divorce.

He added, “Nor have I ever surveilled or followed her or had anyone to do so. At no time were the police ever called during our marriage. There were never any domestic violence claims made by Nicole during our marriage, formal or informal. There is no documentary evidence of any alleged abuse.”

A judge denied the emergency restraining order request and set a hearing date when each side will have a chance to testify in open court. 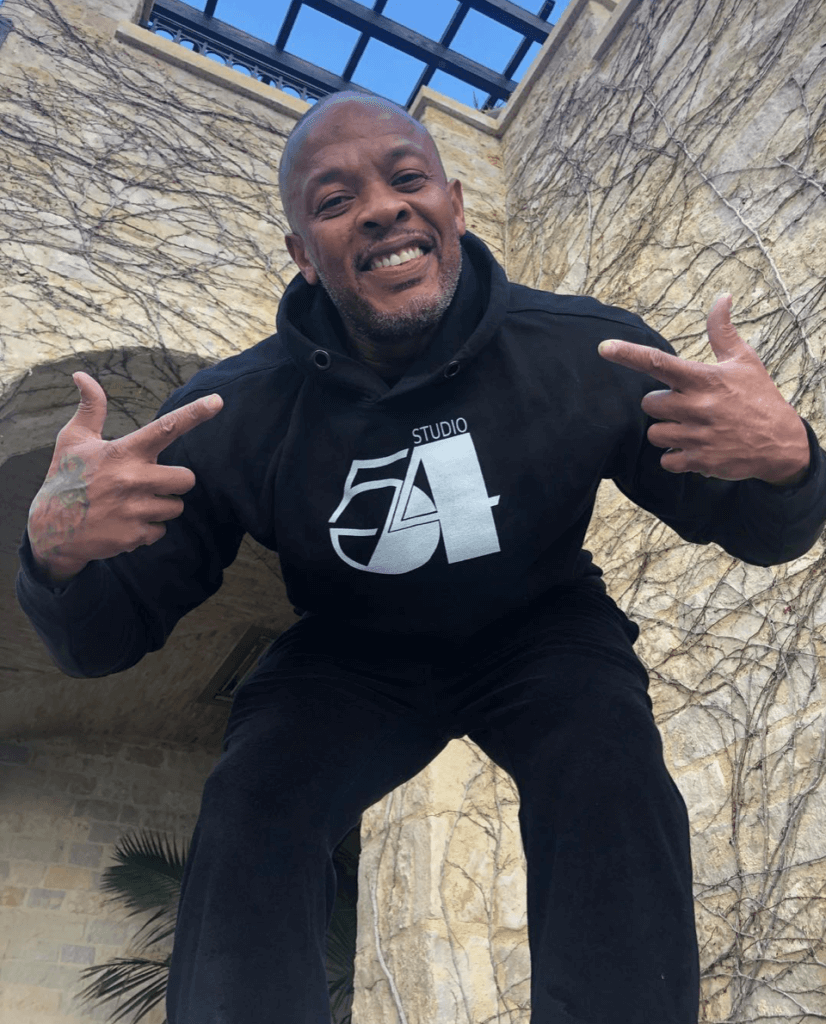 Young reportedly filed for the order after a song leaked in which Dre called his wife a “greedy bitch.”

Young took the words as a direct threat stating “with the song, he has upped the ante and is now outright threatening me to keep my mouth shut or else. Based on his past threats followed by actual Violence, I am in fear of my safety.”

“On July l8, 2020, our three (3) children relayed several messages that Andre instructed them to give me — (That he was going to leave me homeless if I did not let him and his lawyer dictate our divorce. I believe Andre intentionally involved our children in our divorce in order to make me feel guilty because I filed for divorce,” she wrote. 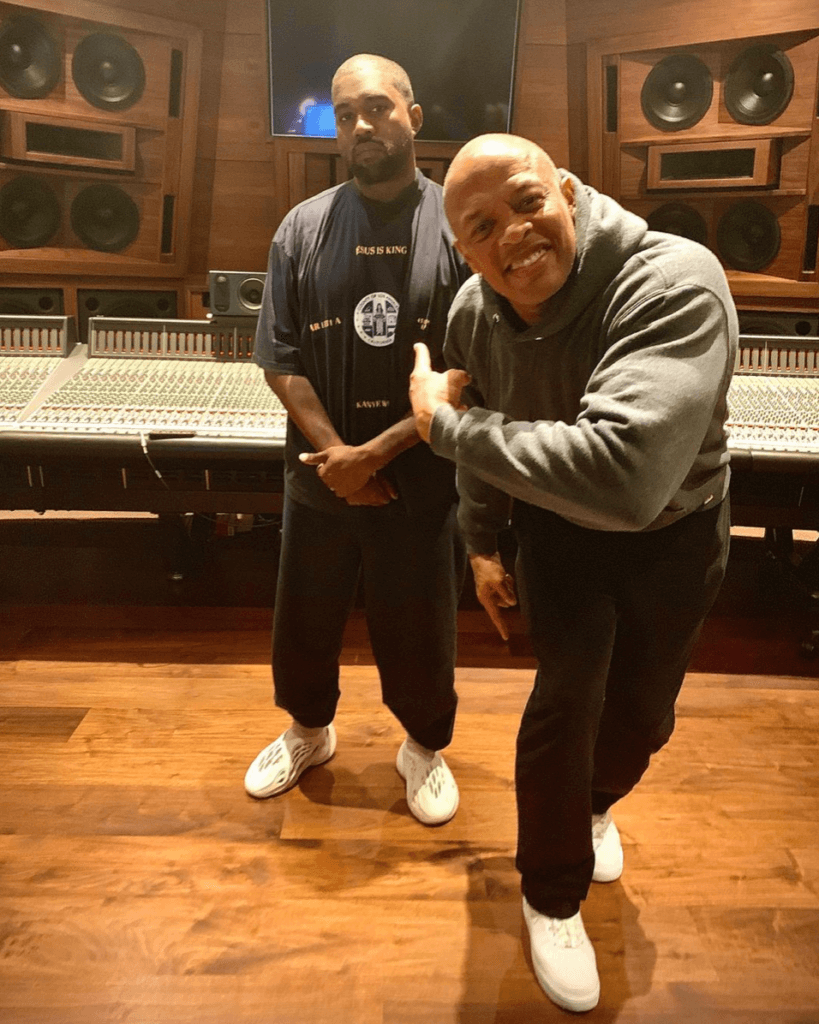 Dr. Dre summed up his thoughts by stating, ”after learning, last August, of Nicole’s false accusations of abuse, I realized then that I did not know the woman I had married and loved. I now want nothing to do with her. This is why I have not seen Nicole or communicated with her or spoken to her since August 2020 (except when she choose on her own to visit me when I was hospitalized.)