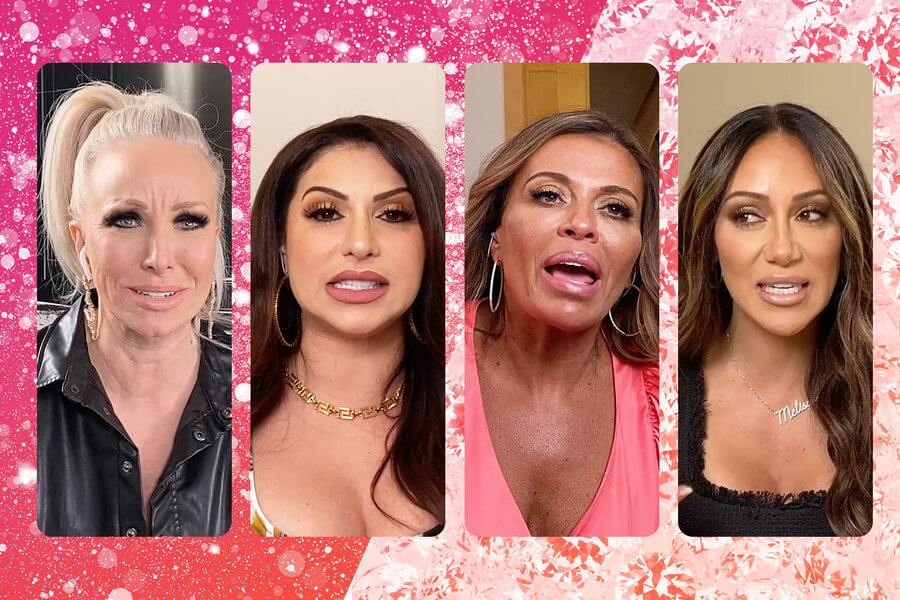 The Real Housewives of New Jersey continues this week at Lake George, New York. I was hoping to see more from the Summer Rush families other than just the dinner at The Chateau on the Lake. Is anyone else wondering how Margaret Josephs’ “Creative Director” Lexi Barbuto is along for this trip?

The girls start checking in on their men. Dolores Catania asks a favor of David Principe. They just continue to sweep former feuds under the rug and act normal about it. Margaret checks in on Joe Benigno to make sure he’s spending every working hour on their kitchen renovation, but he’s not. He’s still probably lit from last night. Joe B lies to Margaret and tells her that the men didn’t talk about Teresa Giudice’s beef with Jackie Goldschneider about “the rumor.” That rumor gets a lot of life in this episode.

Teresa asks the other girls if Evan Goldschneider was at the man gathering. And after a long night of pondering the situation, Teresa says, “I’m just more madder now.” Of course, Jennifer Aydin points out that Teresa is never finished talking about something as new things pop in her head about it. Teresa ends this round by saying she was glad Jackie wasn’t at Lake George. She said, “I would have drowned-ed her.” Every week we add new Teresa-isms to our vocabulary list. 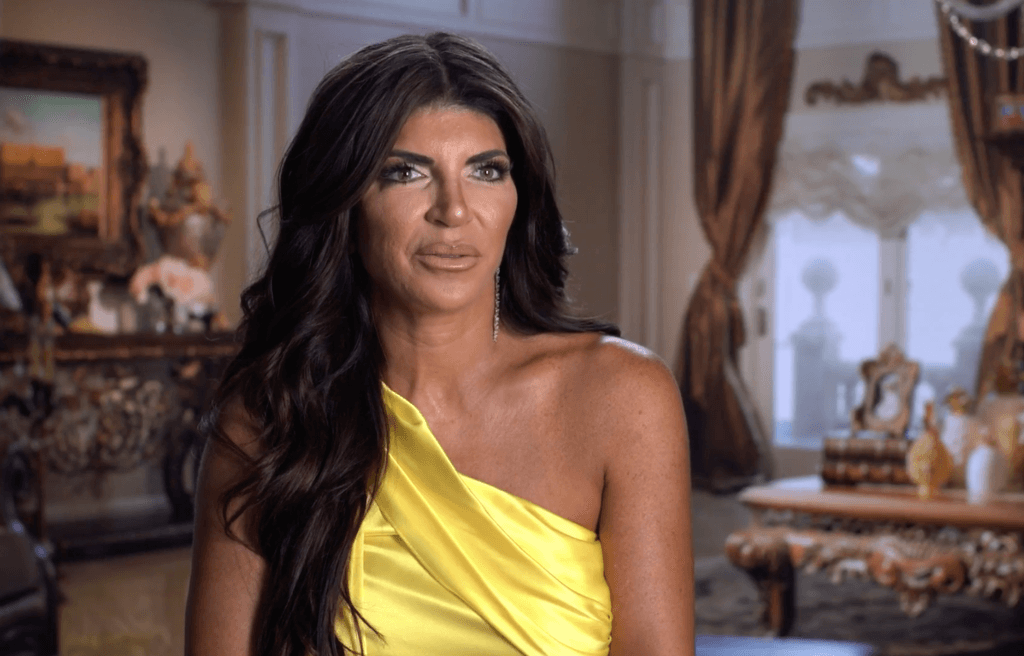 Dolores is stirring the pot, asking Jennifer to tell Melissa Gorga about “the rumor” that Joe Gorga hasn’t paid his bills.

The girls get their swimsuits on to “go to the lake,” and then pack snacks and drinks. Then they take an anticlimactic short walk down their backyard steps. Melissa is floating on a huge blow-up swan, making duck lips, taking photos. Teresa, Margaret, and Jennifer decide to kayak. It looks like that lasts five minutes and then it’s over.

Teresa brings the conversation back to the topic of men. She thinks that Tony the Pool Man is not for her. He’s a friend since she was little, and she already had that kind of relationship with Juicy Joe Guidice. Dolores’ talking head points out that there isn’t anything wrong with these guys, “they’re loyal, they would kill for you,” and we are left wondering how literal that is. 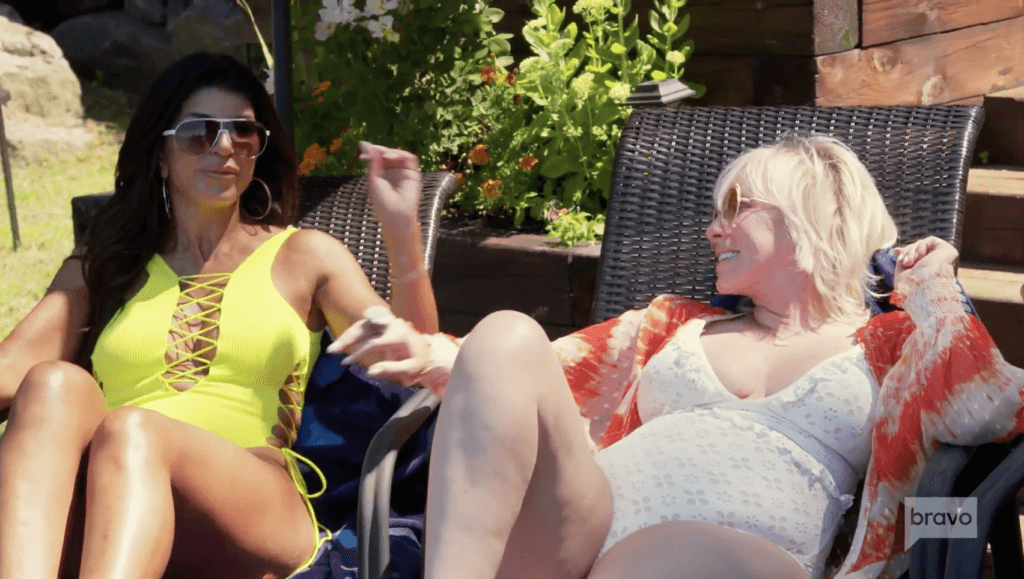 While the rest of the girls back to the house, aka up the hill, to eat lunch, Jennifer takes a moment to ask Melissa to stay and talk. Jennifer says that at Jackie and Evan’s party she met Michelle Pais, Teresa’s friend and realtor. Melissa says she knows her through Joe G’s book tour and event, Grow with Gorga. Jennifer drops the bomb that Joe G owes Michelle’s husband “tens of thousands of dollars.” Jennifer is relieved that Melissa didn’t freak out and kill the messenger. 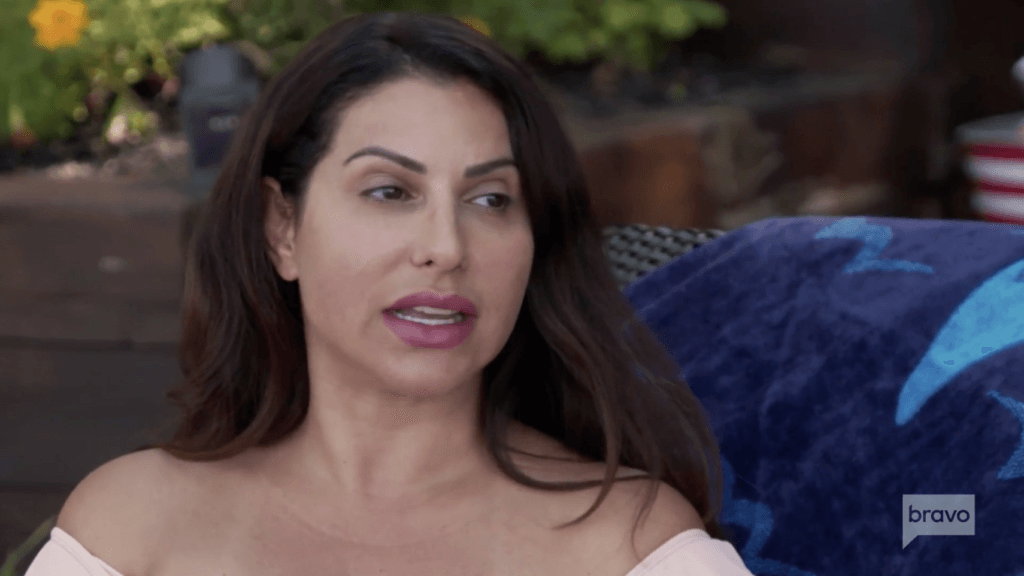 When Melissa and Teresa talk about it at the lunch table, Teresa says she isn’t bothered by it. Then it sounds like she is setting up her defense case by saying, “Sometimes guys do shit that we don’t know about.” Teresa might have just learned some things from being locked up! Of course, Melissa is furious that Teresa doesn’t even stand up for her brother. Melissa calls Joe G to talk about the rumor. Joe G maintains there was never any “deal” on the event, and he paid the invoice for Michelle’s husband.

Melissa is digging in and says to Teresa, “You always bring these kooks around.” Teresa says she will handle it at her appointment with Michelle on Wednesday. If this real estate agent is “the top agent in New Jersey,” we know that means that Teresa will use her anyway. 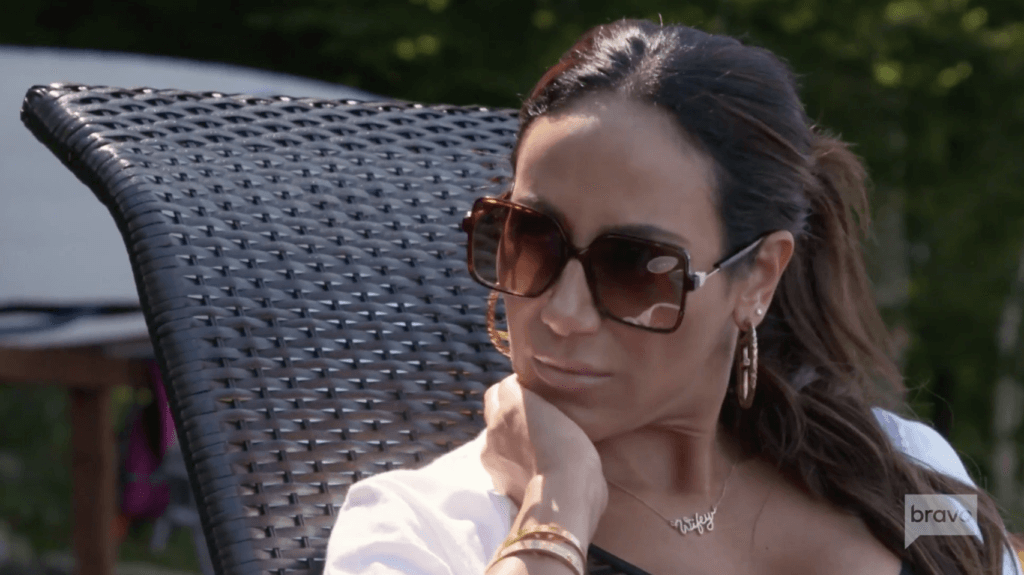 Jackie’s brother, Eric, comes over for a visit. Jackie says that a friend hurt her, and Eric gives Jackie some great advice. He says, “Try to get better at brushing it off.” I don’t think Eric watches this show! But his sweetness and love for her is very heartwarming. Does it bother anyone else that Jackie never sits up straight? It’s distracting. 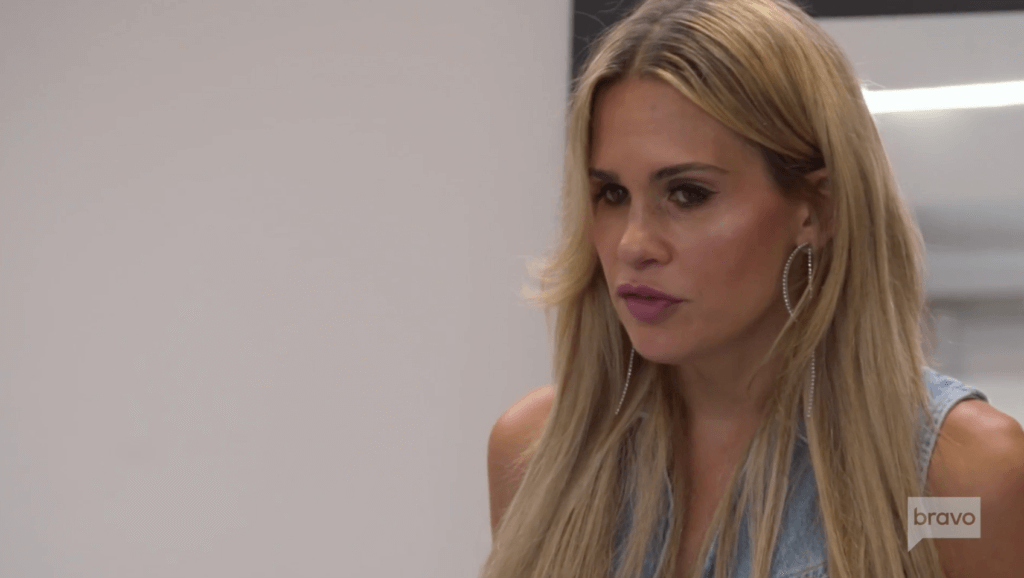 Once again, the girls get all dolled up to walk to the backyard for dinner. Marge announced that she got a book deal. She shares that she was sleeping with her boss. I have a feeling that this book is going to have to go through some legal hoops to get published. Marge wants women to learn from her. Meanwhile Jennifer thinks there are things you “take to the grave.” 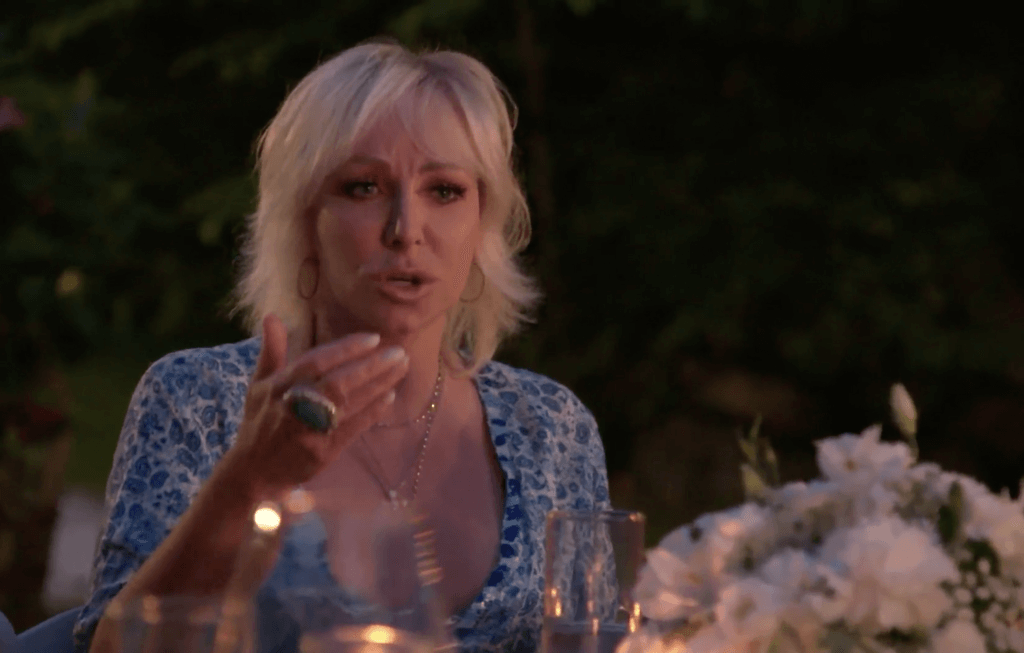 Back in New Jersey, Margaret meets with Jackie to talk about the trip. Margaret is doing her usual, Teresa will be Teresa, and Jackie isn’t buying it. Jackie is shocked that Marge would be so forgiving after Teresa set up Marge to be assaulted by Danielle Staub. Jackie’s solution to this whole problem is the get everyone together to “redo Evan’s birthday.” Bad idea, Jackie. Bad idea. 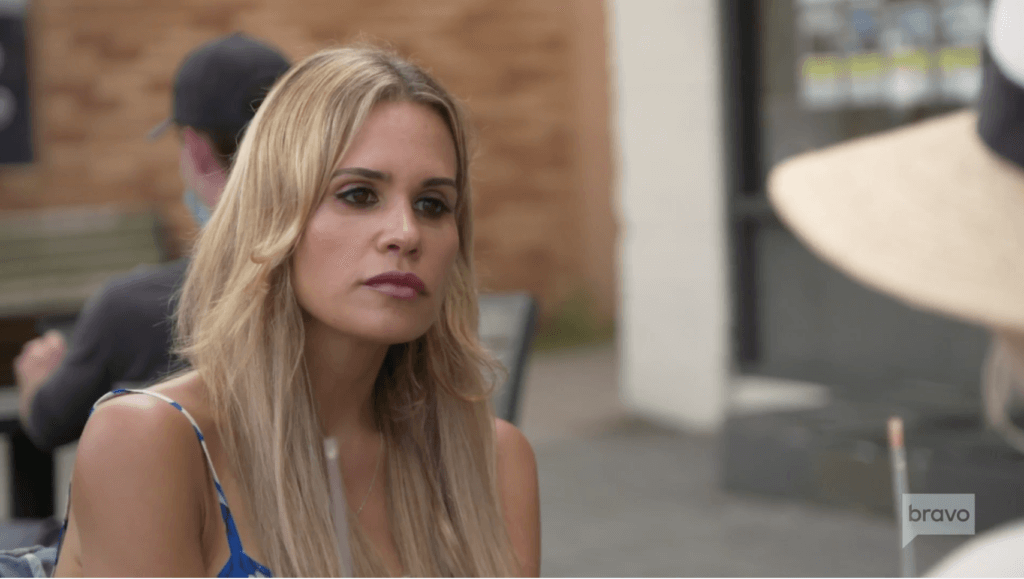 Michelle the realtor and her team show up to photograph Teresa’s house. Michelle wants Teresa to remove everything religious or personal from the home. They go room-to-room as Teresa remembers family gatherings and events. Teresa’s anxious about selling.

Teresa confronts Michelle about what Michelle said about Joe G. Teresa seems loyal to her brother by telling Michelle that she won’t list her house with Michelle until things are cleared up with her brother.

Everyone is pre-gaming for the party. Most have taken sides and determined their positions in the Teresa versus Jackie feud. I love Dolores’s relationship with her ex-husband Frank Catania. He goes with her to events and admits he’s basically her “gay husband.” He’s her companion, but when they get home, he doesn’t have to sleep with her.

Even Joe G admits that he’s looking like an idiot trying to defend his sister to Jackie and Evan. The men play cornhole and the women continue going on and on about the “the rumor.” Jennifer excuses Teresa’s behavior. That’s not going to go well. 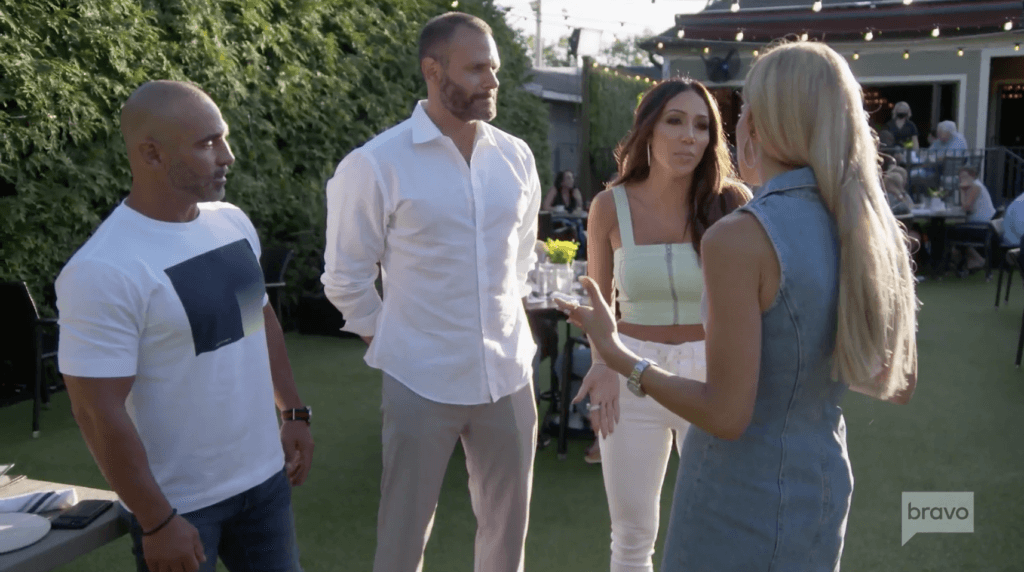 Oh no, Jackie is going to toast to her husband, but then brings it up again in the toast. So, it’s not over.

Next time, it looks like things get heated when Joe G confronts Michelle’s husband. Jennifer gets so drunk that she faceplants on the concrete by the pool. Can’t wait to see who “blows a casket” next week!