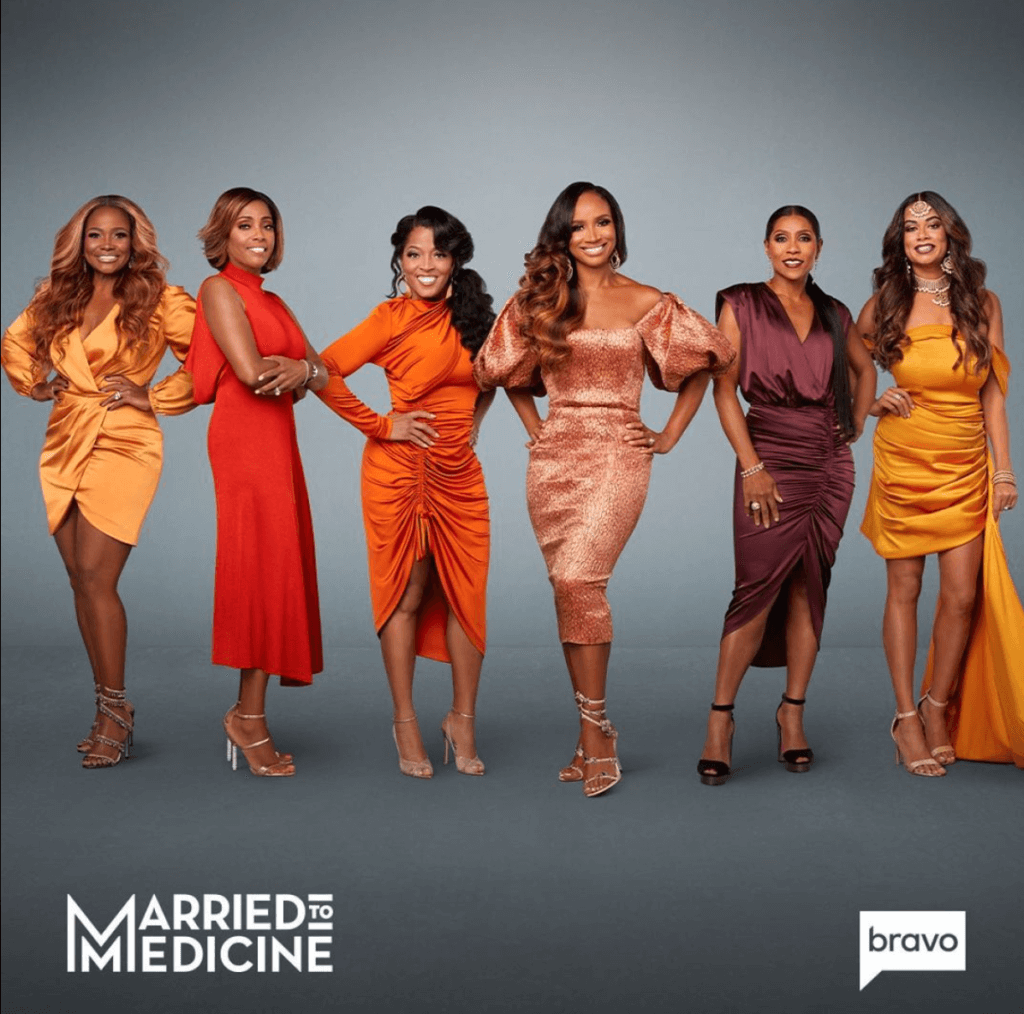 Not too surprisingly, the Season 8 premiere of Married To Medicine opens with the focus on how the Covid pandemic is impacting everyone’s personal and professional lives. Also, along with that, as this is Atlanta, what Dr. Contessa’s husband, Dr. Scott Metcalfe calls, “The Black Mecca,” there is also a stark focus on the Black Lives Matter movement with a focus on the deaths of George Floyd, Breonna Taylor and Ahmaud Arbery.

The women all participate in talk-overs about the fears they live with and how they have to educate their children with regard to race and how it relates to their lives as Black Americans.

Dr. Simone Whitmore talks to her college-bound son, Michael, who will be attending Lee University in Tennessee on an athletic scholarship. Michael, who is a born and bred Atlantan, is worried about dealing with overt racism in the small, “predominantly white town” as Simone describes the town of Cleveland where the college is located. Michael says if faced with it he will, “educate them.” He also informs his mother, “joking” that he doesn’t need to worry about packing condoms for college because he doesn’t use them. Simone laughs this one off like someone whistling past the grave yard. Michael also reminds everyone what Covid has done to overturn the milestones that are part of graduating high school such as the prom and graduation itself.

At one point in the episode, the husbands talk amongst themselves about the BLM movement. Dr. Heavenly Kimes’ husband, Dr. Damon, talks about having twice had a gun put to his head, seemingly insinuating that it was a police-involved incident when Simone’s husband, Cecil, talks about about how he has experienced his own “racist interactions with police,” and relates his own experience as a younger Black man, discussing the pain and humiliation he says he had to endure during the encounter. 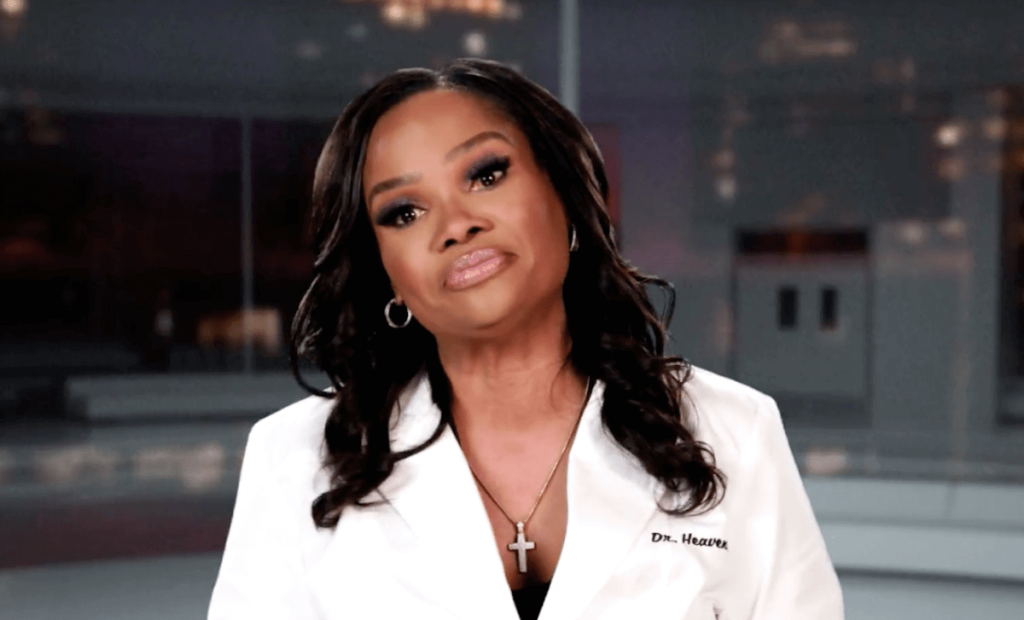 It was while Simone cracked wise about the Black Lives Matter movement and racism when her staff member talks about getting white paint to cover the scratch marks the worker’s chair has made on the wall I had to wonder will viewers be as angry with her over this as they were with Real Housewife of Beverly Hills Kelly Dodd parodying the movement with a hat. Heavenly’s husband, Damon, an interventional pain physician, has organized an outdoor Covid testing area and is helped by the others including Heavenly and Dr. Jackie Walters.

We watch Heavenly Interacting with people wearing a surgical mask that does not cover her nose. I wonder what she’s thinking or if she’s even aware of the blunder when Jackie tells Heavenly to put her mask over her nose. “Bitch!” Is Heavenly’s response to the good doctor’s good advice. For good measure Heavenly reminds Jackie that she is Damon’s wife as though this is her talisman and why she doesn’t sweat an ill-worn mask.

We are later reminded that although they may have got the mask memos not everyone seems to have read it as they gather for a 50th birthday party for Damon in which face shields are worn like welder’s masks but with no face masks across their mouths and of course, Heavenly with the mask on but nose exposed. It becomes even more egregious when Toya Bush-Harris at the party later throws a hissy fit over having to even wear the clear shield just before she storms off after getting steamed up over Jackie, Simone and Heavenly mashup.

What’s really striking is that as the party guests were arriving, Dr. Damon is shown wearing an N95 mask, the tight, face-fitting ones said by the CDC to offer the best protection while wife, Heavenly, is flitting about with her surgical mask not covering her nose as she makes a show of taking the arriving guests’ temperatures with strict admonishments to make sure they put on the useless clear shields sans face masks.

One wonders if “Daddy” as Heavenly refers to her husband, Dr. Damon, even tries to make her see the reason in things or just goes along to get along. Just as alarming is Contessa rejecting wearing even the shield as, according to her, she recently tested negative for the virus. Now this is all taking place over last summer but still, they are doctors who by then should have been more in-the-know and definitely wanting to set an example. Contessa even has the gall to shade Heavenly’s attempted Covid measures as seemingly futile snarking, “She’s a dentist, she wouldn’t know.” Simone however is happy for the face shields because, she notes she’ll need it for protection from the shade she says she’s going to get from Dr. Heavenly. According to Simone — Heavenly’s, “shade is ten times deadlier than the virus could ever be.”

Toya needs to work on her doctor’s-wife-manner as it relates to the struggles her husband, emergency room doctor, Dr. Eugene Harris is facing as the pandemic rages at the hospital and he is watching too much death occur around him. Toya thinks he dwells too much on it and wants him to lighten up as she bemoans the fact that Covid put the kibosh on her planned anniversary on Italy’s Amalfi coast. 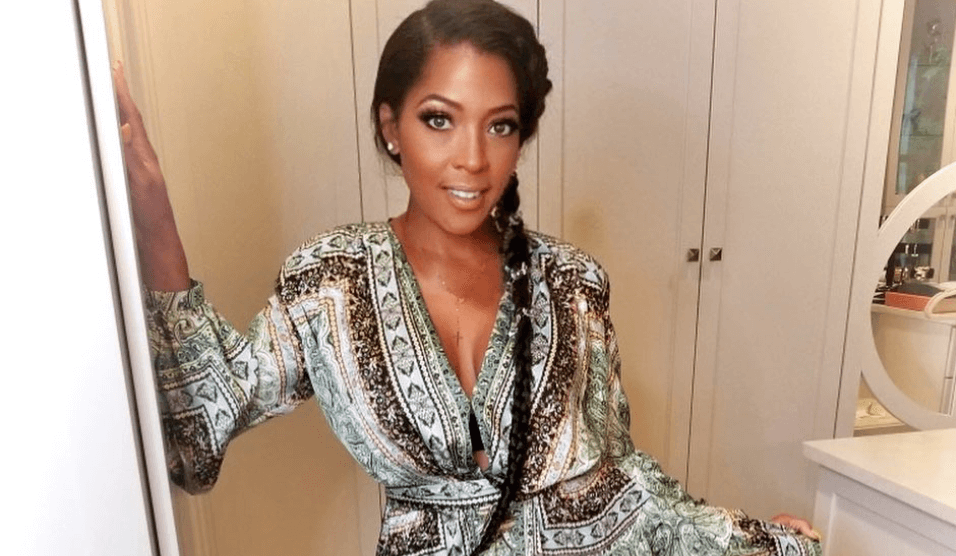 We are introduced tonight to Toya’s friend, Anila Sajja, She is the wife of ocular surgeon, Dr. Karin. Tonight she doesn’t seem to do much but goad Toya into more of a drunken freakout once Toya starts at the party to take on the matter of the drama between Jackie and Simone. Toya insists the two were faking it after the last season reunion when they acted like everything was just Jake. 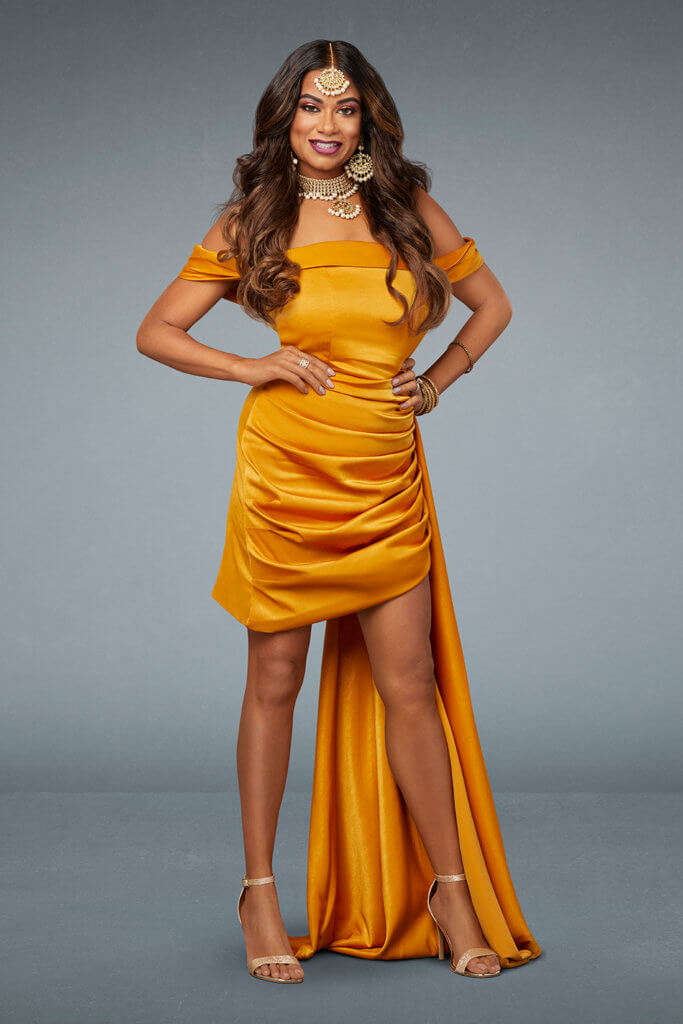 Heavenly seems to be at the heart of the major drama being played out this year. I speak of course of the rift between  Simone and Jackie. Both OB/GYN’s and former besties who found themselves at odds at the end of the last season and time has not healed the wound. A wound which seems to be that Simone thinks Jackie didn’t have her back when Simone and  Heavenly were beefing all last season. We hear from Jackie that as she is friends with both women she wants to stay above the fray that developed between the other two women.

Jackie maintains to her husband Curtis that Simone is superficially pleasant when they see each other at the hospital while  Simone bemoans the fact that Jackie isn’t reaching out to her nor acting as the “middle man” between her and Heavenly as she used to do. Curtis advises Jackie to take the initiative and approach Simone with an olive branch as he believes they both want things to be like they were between the two who have been friends for more than twenty years. Later at the party, we see Jackie attempting a reconciliation with Simone that doesn’t seem to make much of an impression.

We hear Heavenly saying that if she is the cause of the problem between Jackie and Simone she wants to do what she can to make it better. Her approach to making things better is to inform Simone that she thought things between the two had been solved but that if that’s not the case, she’s not kissing anybody’s ass and so the same corner is rounded and not only is nothing solved, the tension is increased.

Contessa says Jackie and Simone are, “the glue that holds us together” so she too is prioritizing healing the fractured friendship.

Toya, who admits to imbibing tequila since early in the day is now three sheets to the wind at the party and she starts in on the drama between Jackie and Simone but loses her cool and goes off on Heavenly seemingly as upset about the ongoing drama between the two old friends as she is about having to wear the face shield. She bugs out and storms out of the party leaving us with a, “to be continued.”