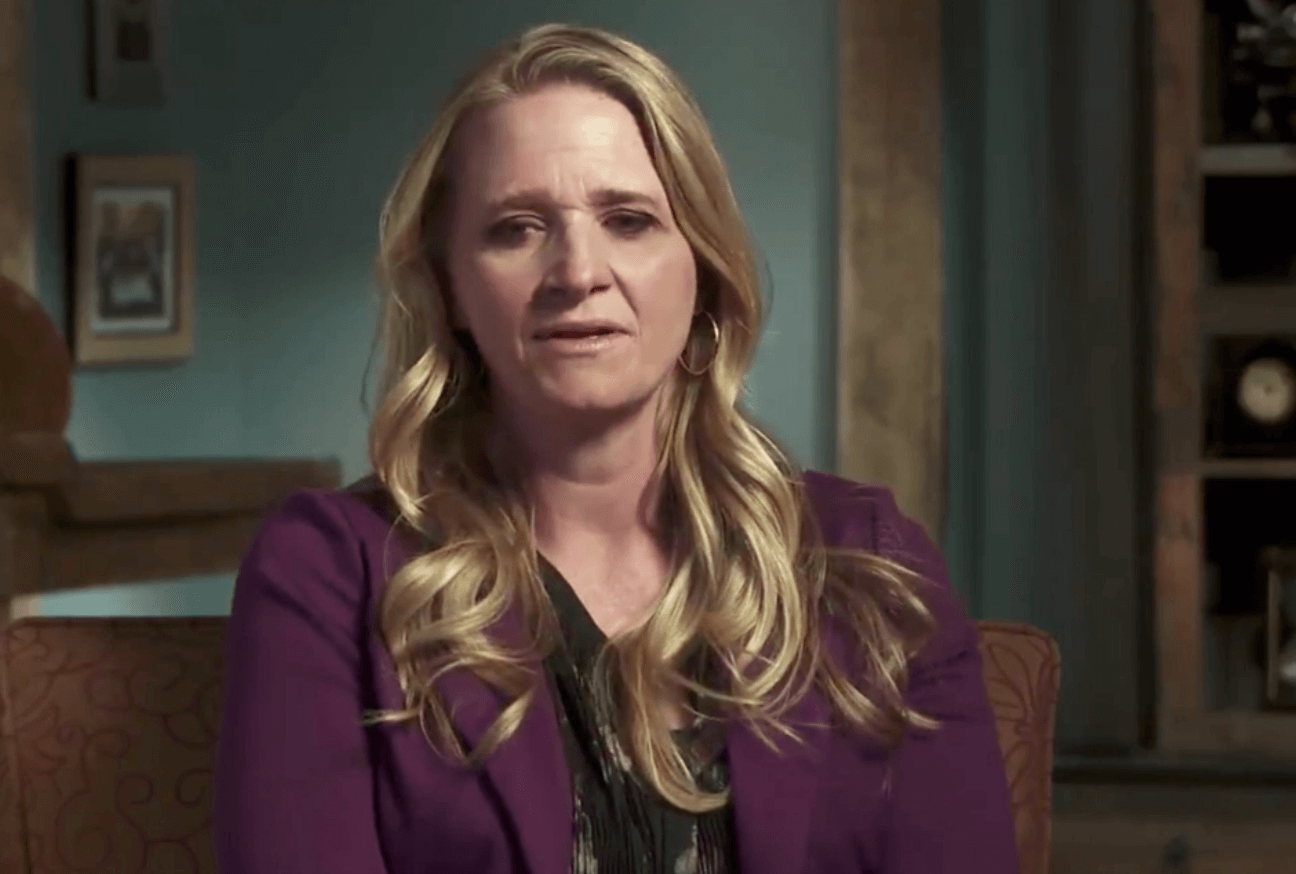 Sunday night’s episode of Sister Wives begins with the fallout of the lunch summit from the season opener. At that lunch, Christine Brown announced to Kody and her sister wives, that she thinks they all hate her. Christine says that she doesn’t want to go to family gatherings because she thinks that no one likes her. Robyn Brown drops by Christine’s house to discuss this revelation with Christine.

Robyn Brown admits that she and Christine have had a rocky, up-and-down relationship. Robyn thinks the cause is jealousy. Christine admits that she doesn’t like these kinds of conversations and being vulnerable. Christine seems to live in regret after putting herself out there.

Christine seems to have conversations in her head that aren’t aligned with what actually happened. She seems to fill in the gaps with stories in her head. Kody even mentions that Christine is not remembering things as they were. Kody says that Christine twists past events in a negative way today. And that’s why Kody thinks Christine doesn’t want to live in one home with his other wives.

Christine is struggling going into the homes of the other wives for family events. She can’t figure out what her role is when she is in the home of a sister wife. Robyn laments that they have shared roles of wife and mother and sometimes that’s hard. It’s difficult to know whether to step in or not if a child needs attention.

Robyn and Christine have a discussion about the “Queen Wife,” and the negative connotation in the polygamist community. Christine explains that she always felt slighted when the family lived in Lehi, Utah in one home. Christine says that everyone’s needs always came before hers. She was watching Janelle’s kids and hers, and she avoided conflict and just did what she was told to do.

In plural communities, there is a hierarchy, often having a “Basement Wife” when a family has a “Queen Wife.” Christine ties this back to rejecting Kody’s one house plan for Coyote Pass. She doesn’t care how the layout of the house will be, she will never feel like queen of her own domain.

Christine is upset that Kody would never shower in her house when they lived in Lehi. And in the season 15 premiere she mentioned it again, that Kody never seems to shower at her home. This is a long-standing unresolved issue for her that the other wives seem to not know about Kody not showering at her house in Lehi. She says that she mentioned it to Kody often, and it only changed many years later after Robyn came into the family and intervened.

Christine thinks that her relationship with Kody went south again when she said that she would never live in one house with her sister wives.

Robyn is left trying to figure out what family she fell in love with if Christine was so unhappy. Robyn thought that their ultimate goal was to reunite into one house. Christine said that they made one house work because of the kids, not because they necessarily would have chosen to make things work otherwise.

Maybe Christine’s jealousy is less about Kody and more about Robyn’s ability to stand up to Kody and have the tough conversations. Christine is certain that they all glorified what they had as a family, and said it was so good. But making things work for the kids wasn’t a good thing. They did it because they had to. She asks Robyn, how was that good?

When things are good with Kody, Christine finds it easier to have sister wife relationships. Robyn is concerned that sister wives can’t be girlfriends when they can’t trust each other. Robyn talks quite often about sister wives having a deep and pure love when they all have each other’s mutual best interest at heart.

With all of their discussions through the years about “our culture” and “our family culture,” why are they still so confused about what that is?

Mariah and Audrey announced last week that they intend to move back to Utah. So this week, we see Kody, the moms, and Audrey’s parents looking at wedding venues in the Salt Lake City area.

First, they tour Red Butte Garden at The University of Utah. The caption says March 12, 2020, placing this event in what we all know now as the timeline of the pandemic. The wedding date they chose is August 29, 2020. They chose the 29th because they each have birthdays on the 29th, so 29 is special to them.

Kody Brown can’t help but make the venue search about dancing. Every wedding venue he toured for the weddings of Aspen, Mykelti, and Madison — dancing was his focus. Kody makes it clear that he thinks that Mariah and Audrey should only be surrounded by the people who support them and love them.

The Solitude Mountain Resort was beautiful. In order to visit the wedding location, they need to take snow mobiles up the hill. Wedding guests in August will need to take the ski lift to the wedding. Maybe the question to ask the guests would be, are you afraid of heights, not will you support a gay marriage?

Wadley Farms had a grand scale and opulence complete with a castle. Mariah and Audrey decide that they are both “castle people” now. And in true Kody fashion, when he sees the reception hall, he starts dancing. The wedding coordinator starts up the tunes, and Kody shows his moves. When they are heading in to talk pricing, Kody reminds everyone that he has eleven daughters. Janelle is upset that he said that. He does that sometimes as a negotiation tactic. Everyone is relieved that the price is right. But the sad news is that this venue is closed on Sundays. So August 29th isn’t possible at that location.

This episode is on the verge of the Covid-19 production shut down. As the family returns to Flagstaff and Kody heads to his mom’s birthday party, they faced delayed flights and travel problems. Eventually, they rent cars and drive back to Flagstaff. Everyone is wondering if they should panic or not, if the kids will be home from school for a while, and what is going to shut down. They can’t decide whether they should be nervous or not.

As the United States prepares to shut down travel, businesses, and schools, the Browns wonder how they will be together as a family. Kody travels house-to-house, so he’s not sure how to do that with the new risks. If one person gets sick, all of them would need to quarantine. In the next episode we see that Janelle makes a tough decision to have Kody not come to her house. And Meri is left wondering how they will work on their relationships if they can’t even spend time together. With all of the challenges of Covid-19, stay tuned to see how the Browns navigate this tough time and the perils of their shared relationships.