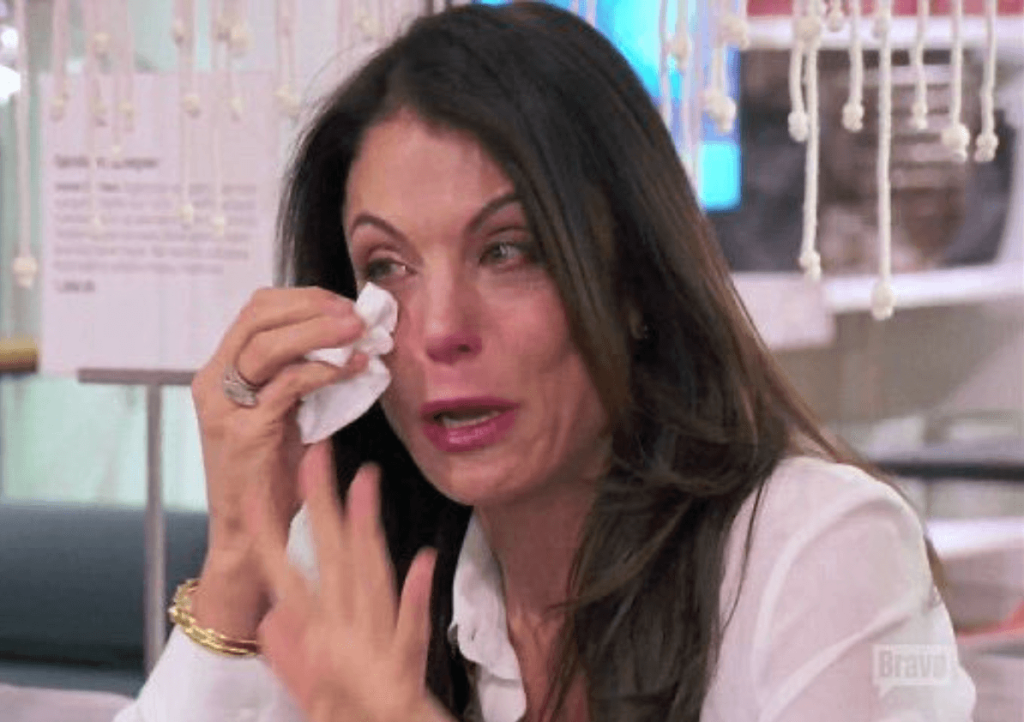 Bethenny Frankel shared her opinion on Meghan Markle before the former Royal appeared on Oprah’s Tell-All and was dragged mercilessly on social media.

Meghan Markle spoke candidly about the mistreatment she received by the royals during her interview with Oprah.

“Cry me a river… the plight of being a game show host, fairly unknown actress, to suffering in a palace, with tiaras and 7-figure weddings for TWO WHOLE YEARS to being a household name w @Oprah on speed dial, fetching 7m for interviews, hundreds of millions in media deals,” tweeted Frankel, referring to Markle’s past appearances on the game show Deal or No Deal and her lavish 2018 royal wedding. 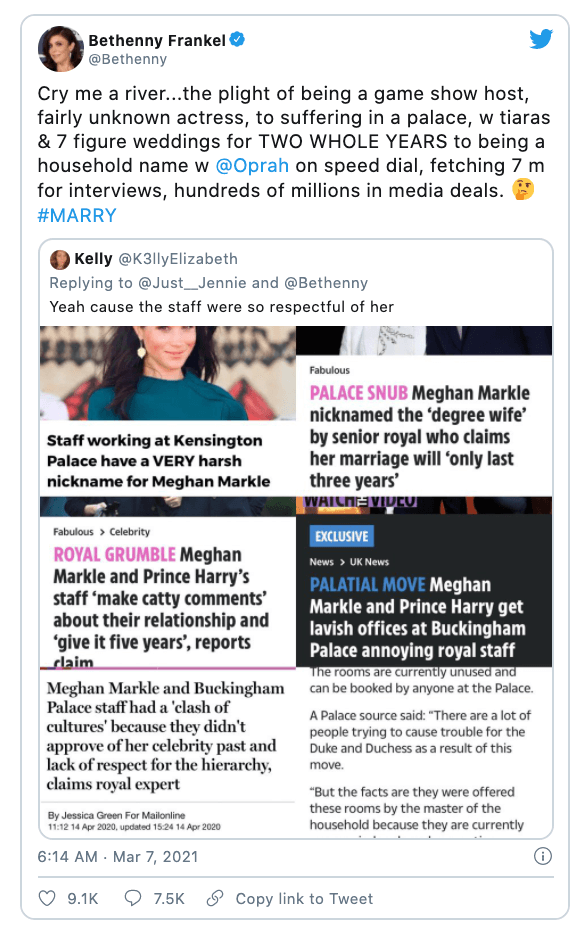 Despite her feelings about Meghan Markle — Bethenny Frankel went on to say that she does sympathize with Prince Harry.

“I 100% give Harry a break. This isn’t the way to generate less press & cannot be filed under the guise of wanting privacy to prevent a repeat of previous events,” said Frankel, who defended her right to share her personal opinion by adding, “If you hate me for saying it here don’t listen to my podcast… it’s littered with my opinion.”

In a follow-up tweet that didn’t mention Meghan Markle directly. Frankel explained that people who are asking for a place in the spotlight should have to deal with its effects.

“I chose reality TV, to work towards making money, to be scrutinized and criticized. I took the trappings and the beatings along with it. It’s a rose with petals and thorns,” she said. “People beg to enter the often toxic institution I signed up for. That WAS the life I chose. You can’t play stupid and smart.” 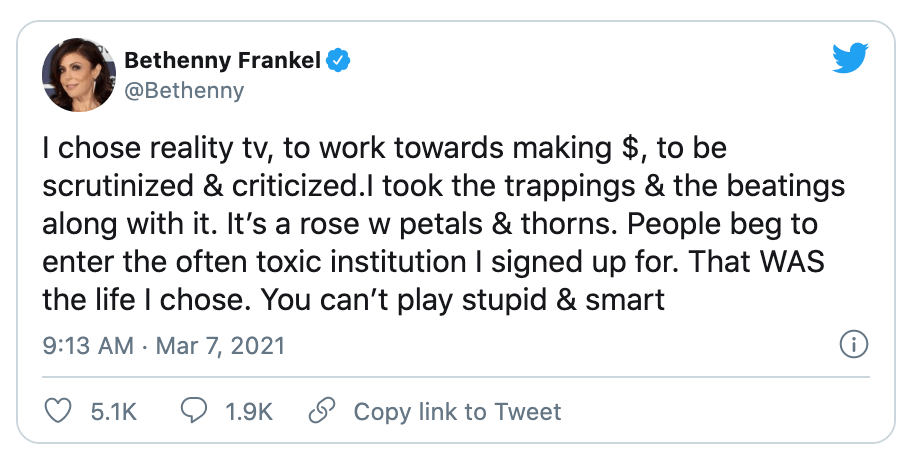 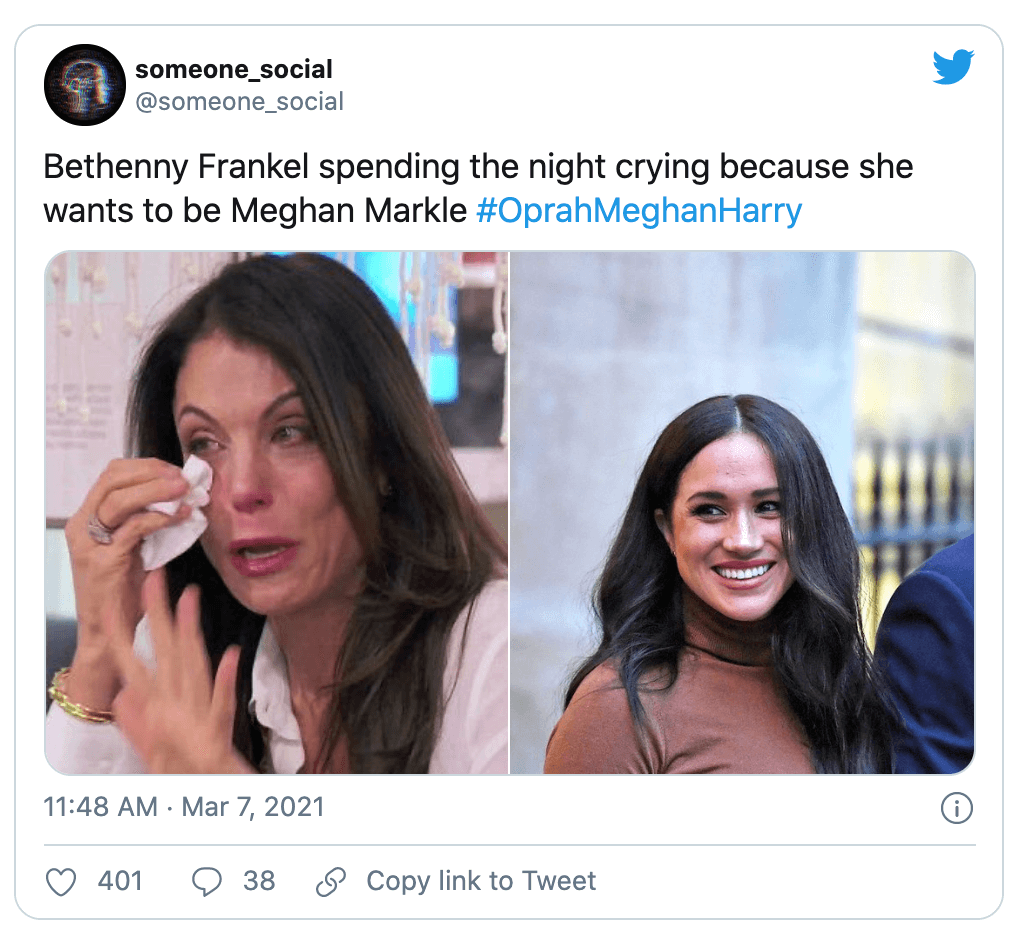 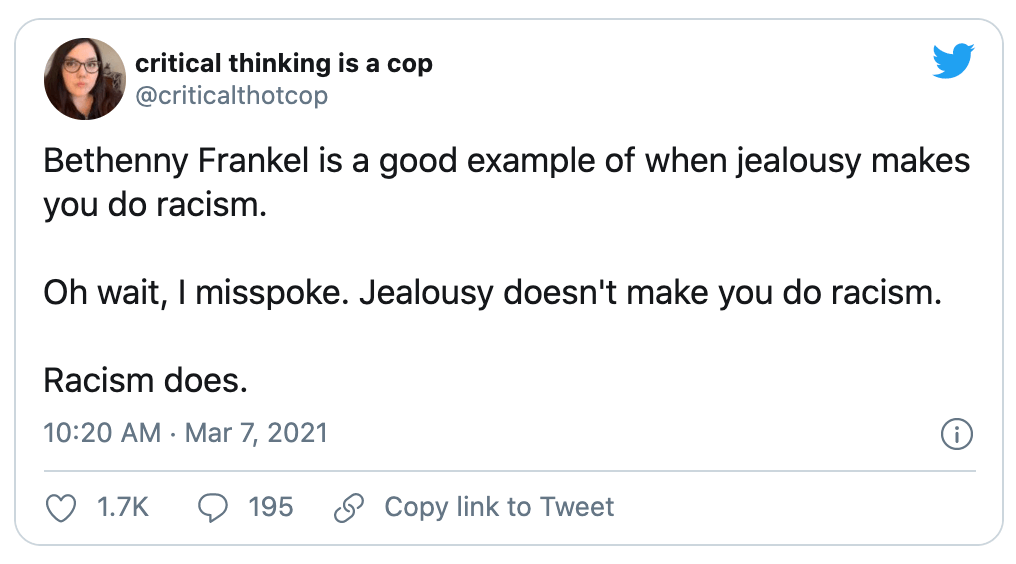 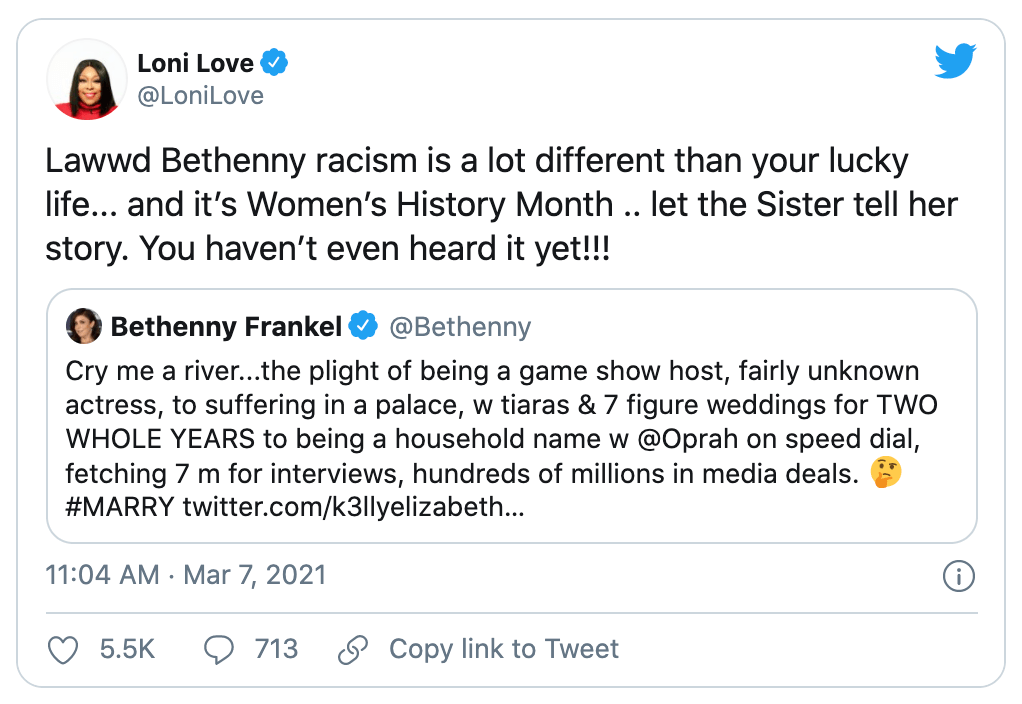 During the interview, Harry and Meghan detailed royal struggles, from discussions of their baby’s skin tone to suicidal thoughts.

“In the months when I was pregnant, all around the same time, so we have in tandem the conversation of he won’t be given security, he’s not going to be given a title, and also concerns and conversations about how dark his skin might be when he’s born,” Meghan said.

“What?” Oprah asked. “Who is having that conversation with you? What?”

Meghan nodded and said “so, um” and Oprah said “hold up there is a conversation,” with Meghan interjecting “there were several conversations” and “with Harry. Oprah finished the question by saying “about how dark your baby is going to be?”

Oprah with Meghan and Harry airs Sunday at 8 p.m. ET on CBS.