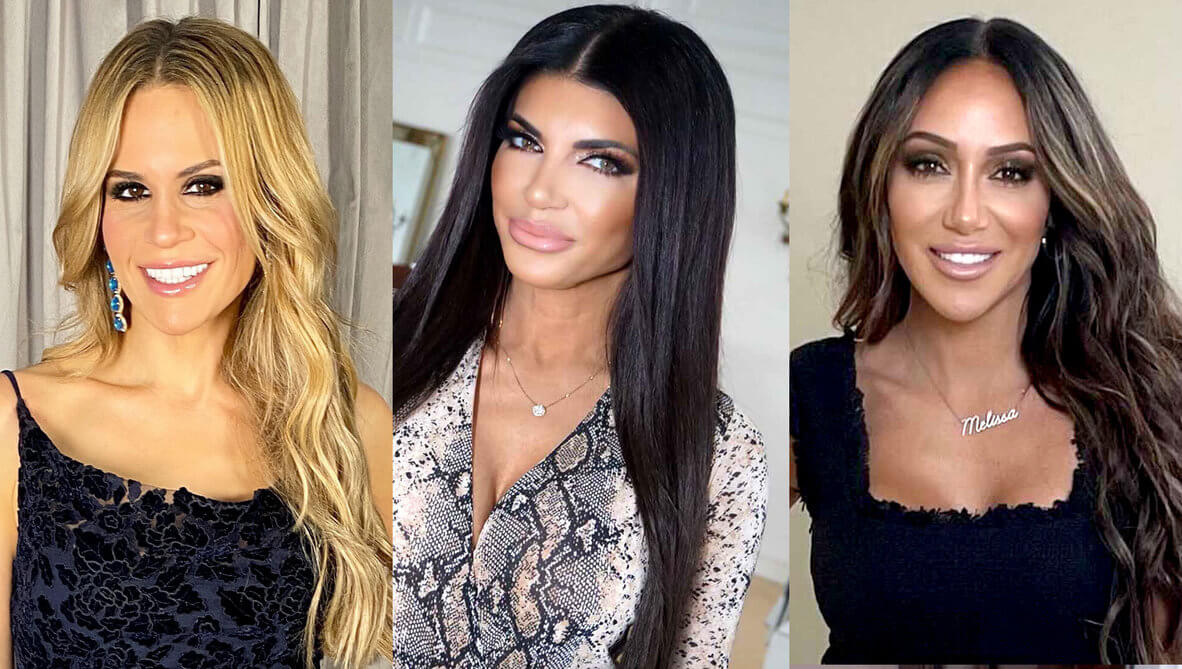 The reality star said on Wednesday’s episode that her husband “puts the fear of God in [her]” whenever she hits the town without him by her side.

She shared that she had confided to Margaret Josephs about Joe’s possessive side.

“He gets jealous and he’s like, ‘Oh, they’re out? F–k them!’” Margaret Josephs remarked to the group about what she had learned. “He goes crazy.”

“He goes harder!” Melissa chimed in.

Teresa Giudice shared that she once bumped into her brother while they were both out with friends, and that the two groups agreed to go to a strip club. Teresa added that Melissa called Joe soon after they entered the club, to find out what her husband was up to.

Melissa recalled the conversation, and shared how the exchange played out.

Teresa Giudice laughed, dishing that Joe had asked her not to reveal their whereabouts to his wife. Melissa joked that her husband was free to go wherever he pleased — except to a strip club.

Melissa Gorga previously spoke to Page Six, and revealed that the couple’s  marriage hit some rough bumps that will play out on the show.

“Listen, I’m not gonna deny that we went through a rough, like year-and-a-half, and I would say it started right before the pandemic,” the reality star shared.

“I feel like as I become more and more independent in certain ways, it really is a struggle for him,” she added. “I hate that. It shouldn’t be a struggle and it really is. And we really go through it and we’re very raw and real and honest with it. So you’re going to have to see how that all unfolds. But it’s very real for us.”

Also in this episode, after Teresa Giudice spread a rumor that Jackie Goldschneider’s husband, Evan Goldschneider, was unfaithful — Margaret Josephs backed up Teresa by confirming that she also heard that Evan was a cheater.

“Do you think the girls are having a good time like we are?” Bill asked.

“No, because they’re all going to be arguing about Teresa and Jackie,” said Joe Benigno.

“Eight tequilas in,” Frank Catania asked him to clarify.

“I heard no details but [the] rumor was that [Evan] ‘s got a girlfriend,” Benigno said. “And … I sort of heard the same rumors. To be quite honest with you, at any given point during the day there’s 10 girls in my house and none of them talk quietly,” Joe Benigno continued.

Joe Gorga then added in a confessional, “I’m no detective but maybe Margaret has heard this rumor before. I mean she lives in the same house!”

Also in this episode, Teresa stormed off after feeling “attacked” by the ladies.

Real Housewives of New Jersey airs on Wednesdays at 9 pm, ET, on Bravo.