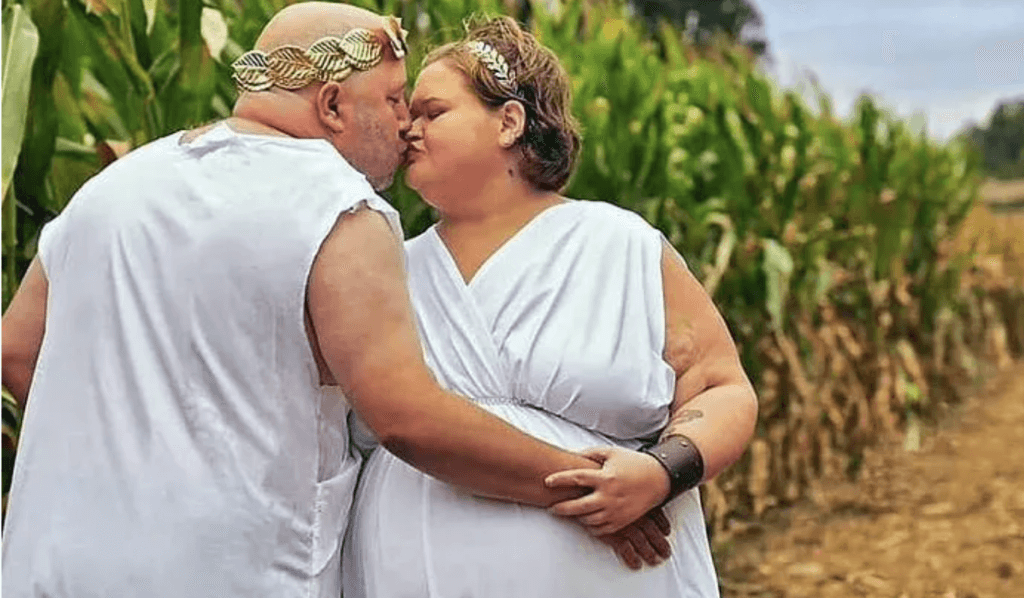 Amy Slaton-Halterman is finally sharing adorable photos of her 4-month-old son — after keeping the images secret until his birth played out on the TLC hit, 1000-lb Sisters. 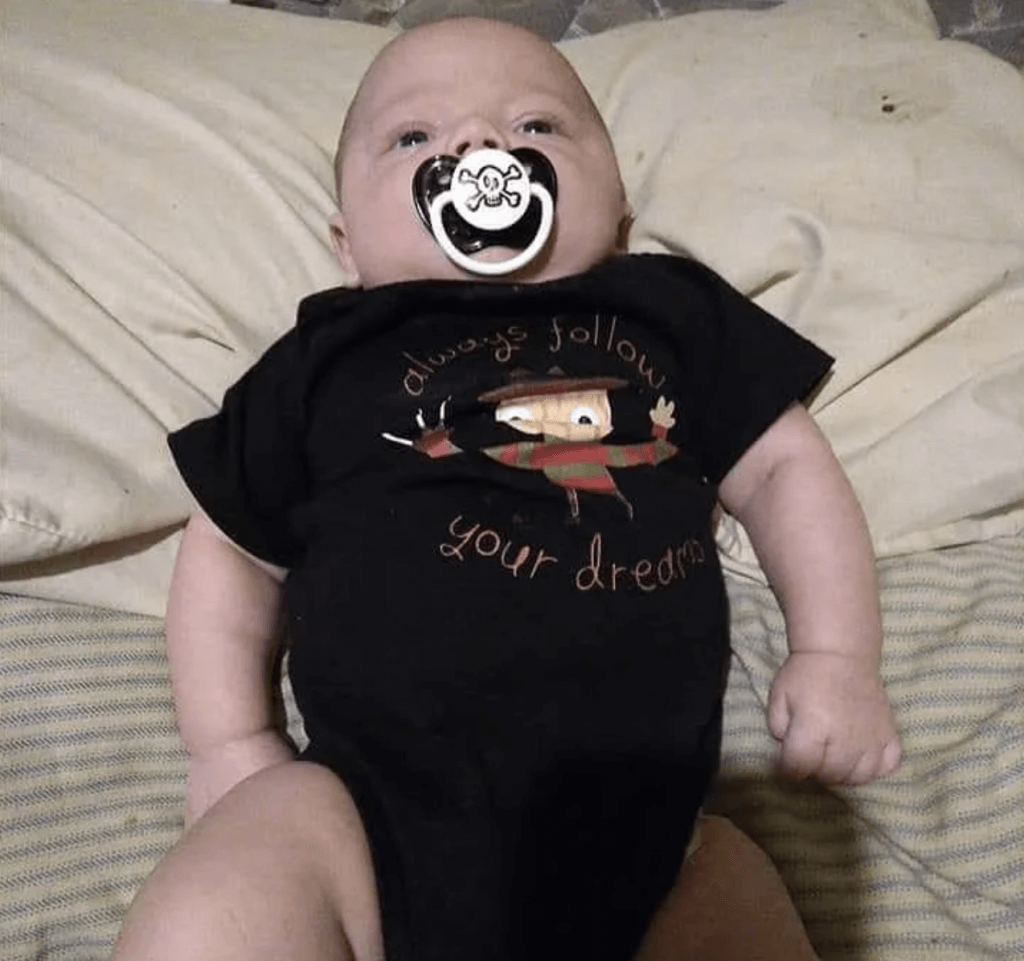 The new mom flooded her Instagram feed with snaps of her baby boy, and shared details about her new parenting experience. 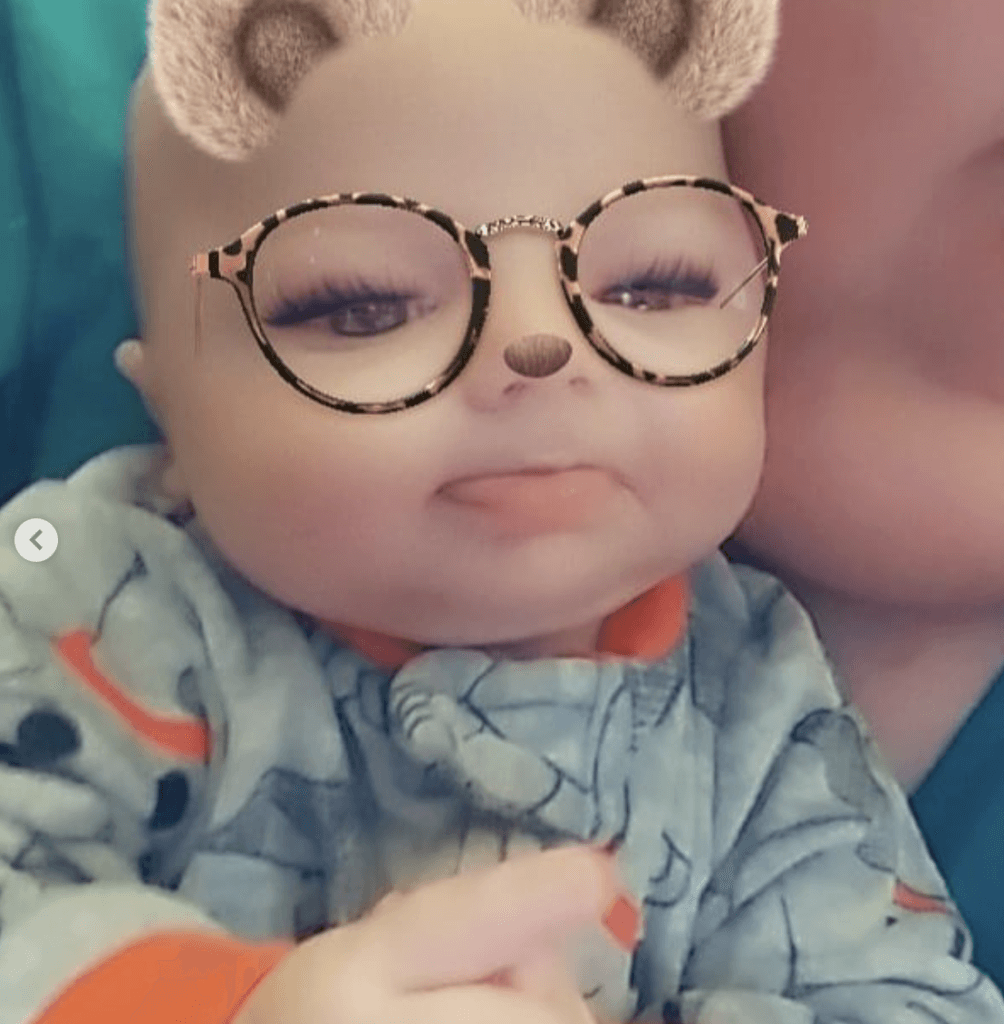 The show chronicled Amy’s c-section delivery, which was complicated by an emergency issue involving her son’s blood sugar. The reality star called the successful delivery  “a miracle.” 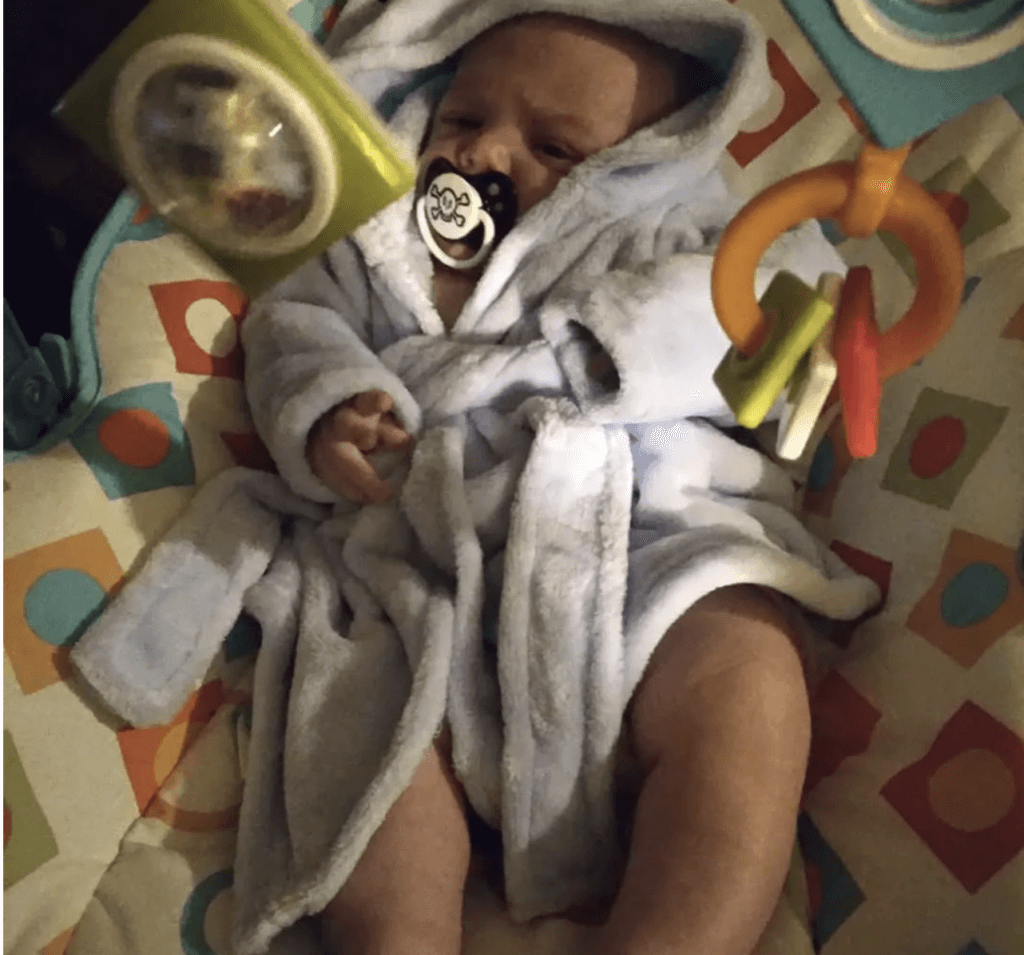 “Mommy’s big boy teething but his doing really well only a bit fuzzy here and there. God I love this baby,” she continued. 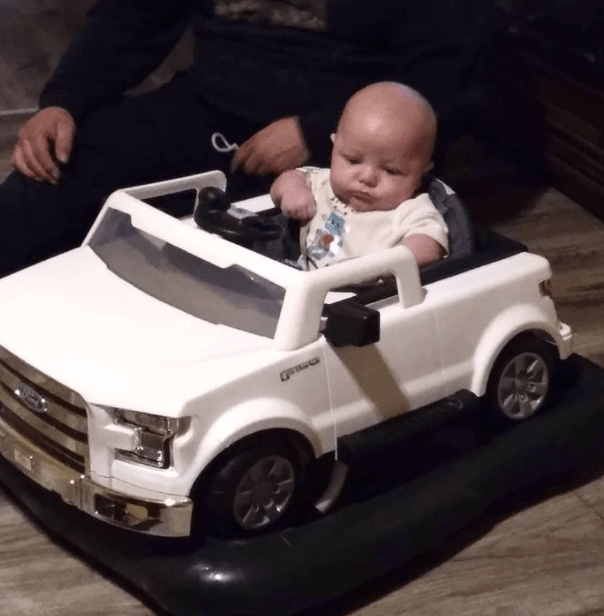 Amy Slaton described the first hours after Gage’s birth, on Monday’s episode of the TLC series.

“I just got out of [the] recovery room and Gage is in the nursery because his sugar was 24 — they want it at 50. So they’re giving him a little bit of formula, trying to get it up,” the new mom said. 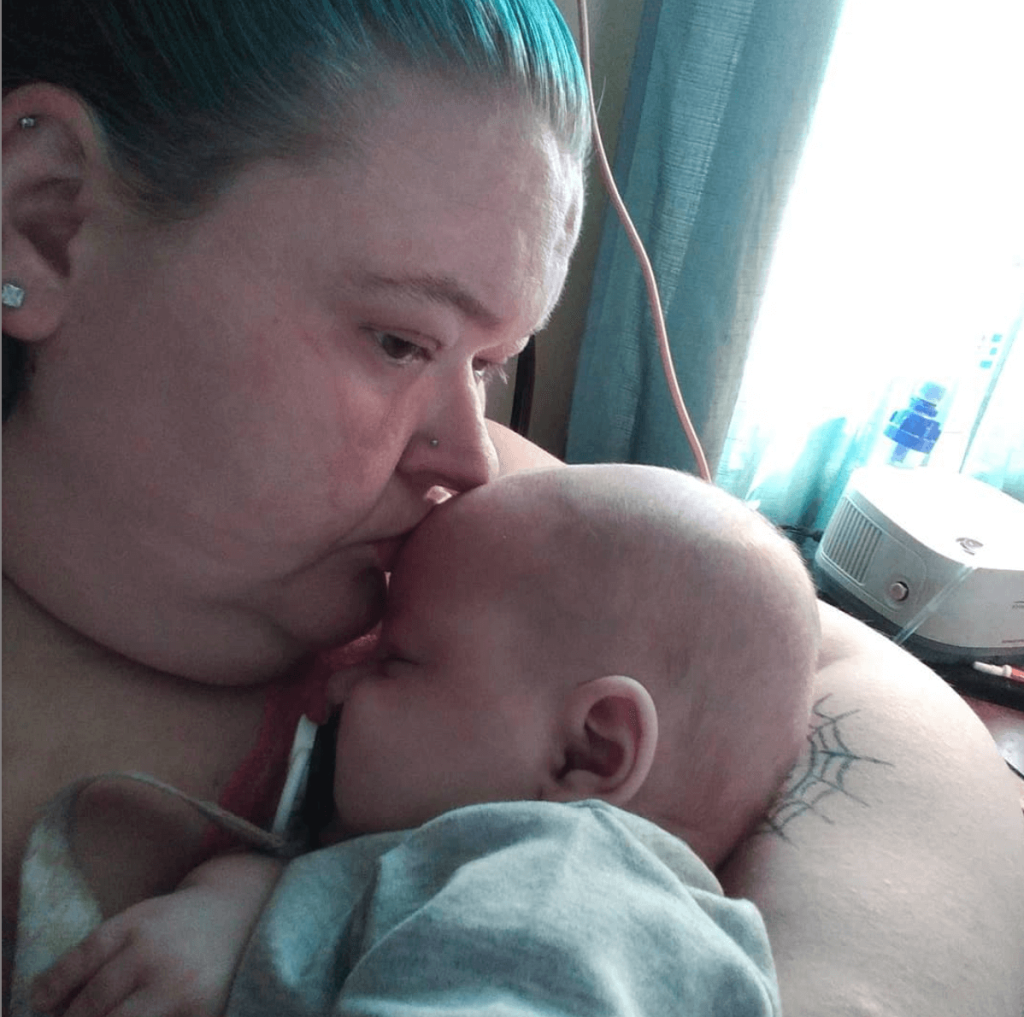 “Gage was still in the breech position, so in the end, I had to have a c-section. And then they took him away to the nursery to get some tests run because he had low blood sugar, ’cause it dropped,” the TLC star shared.

Amy Slaton revealed that she had joked around with the doctor who performed the surgery.

“I ask him if he farted,” Amy laughed. 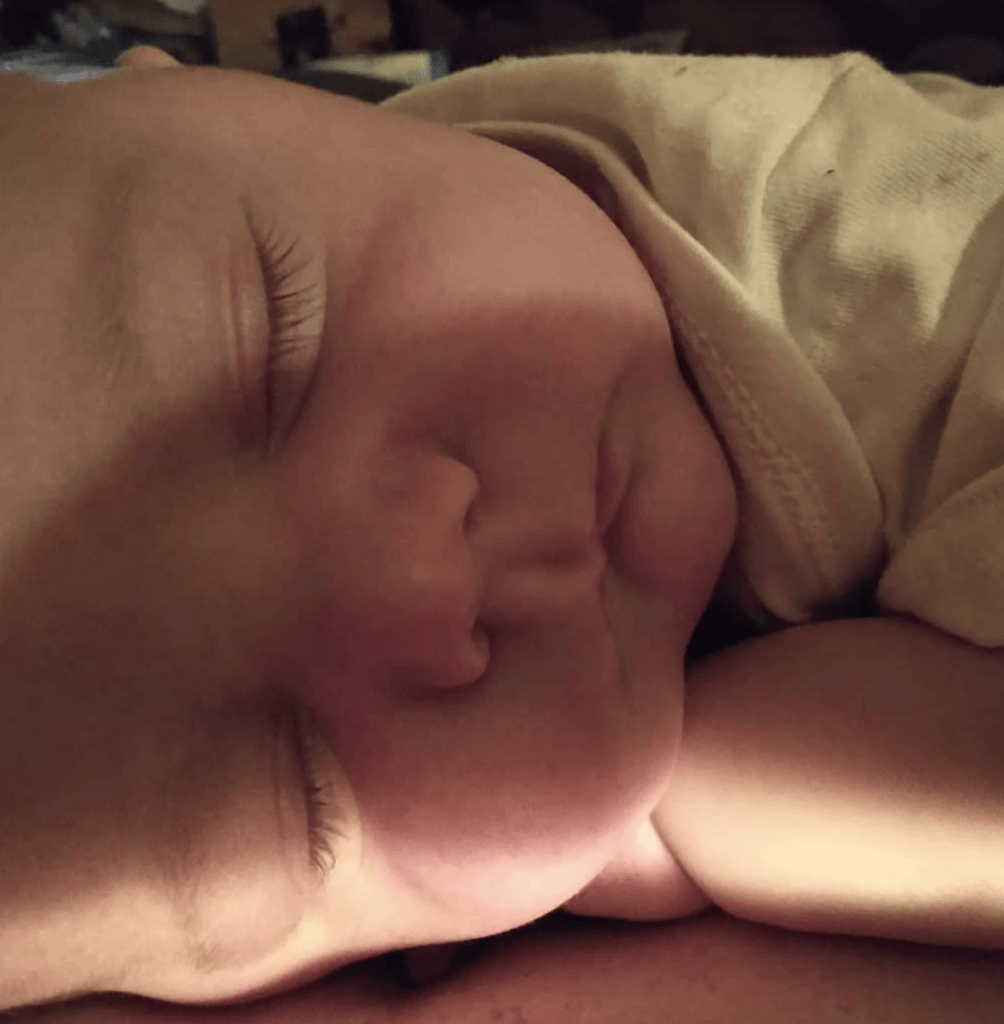 Amy’s followers flooded her comment section with well wishes and reactions to the sweet photos.

“I bet you’re so happy to be able to post pictures finally of Gage!! He really is such an adorable little guy! Absolutely perfect,” one fan wrote.

“Congratulations! 💙👶 Gage is a beautiful baby! I love watching your show. I got up extra early this morning to watch the last episode 😊,” another follower said.

“So precious Amy and Michael. Congrats honey I am so happy for you❤️,” another added. 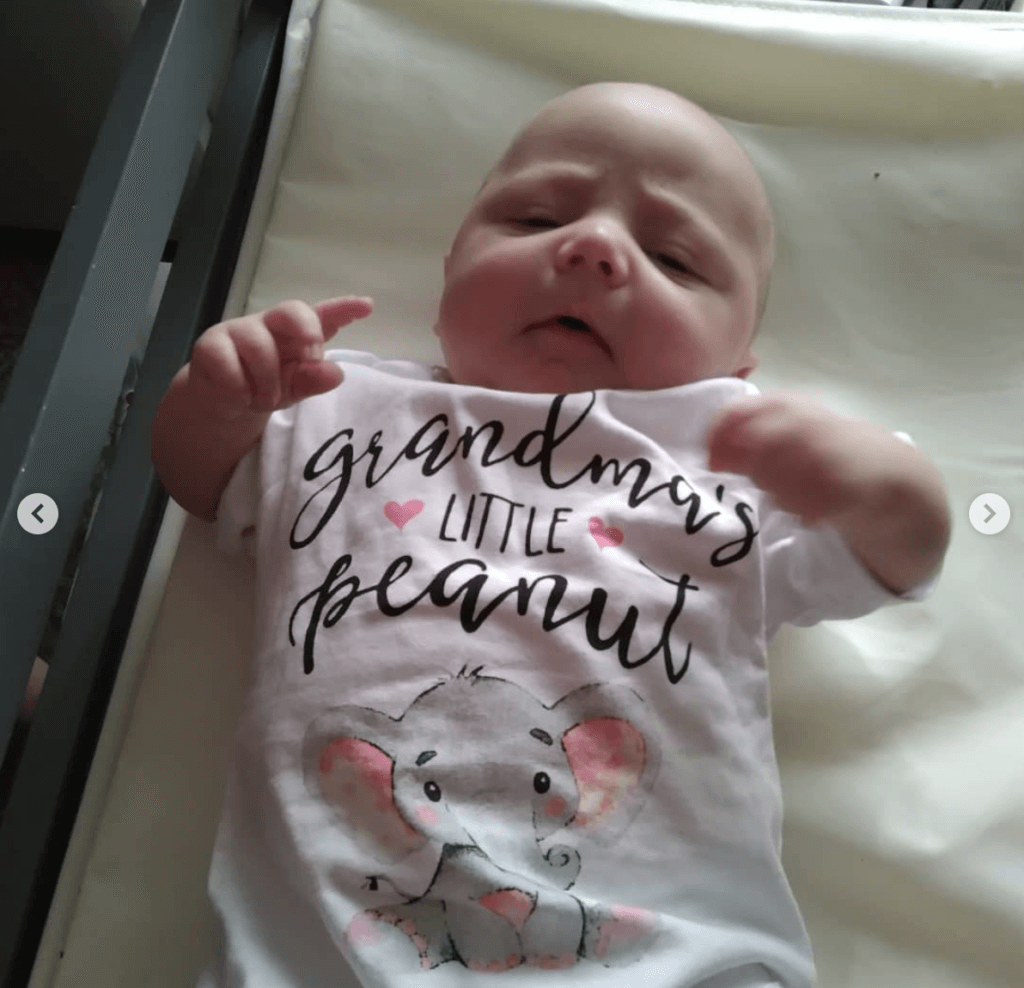 Fans know that Amy’s pregnancy came as a surprise to her family, and that her sister, Tammy, was concerned about the child’s birth being so close to her sister’s weight loss surgery.

“I was mad and sad and worried about her health and safety since it was so soon after her [weight-loss] surgery,” Tammy said.

“I’m happy she got pregnant because it was the one thing she most wanted in life,” she added. 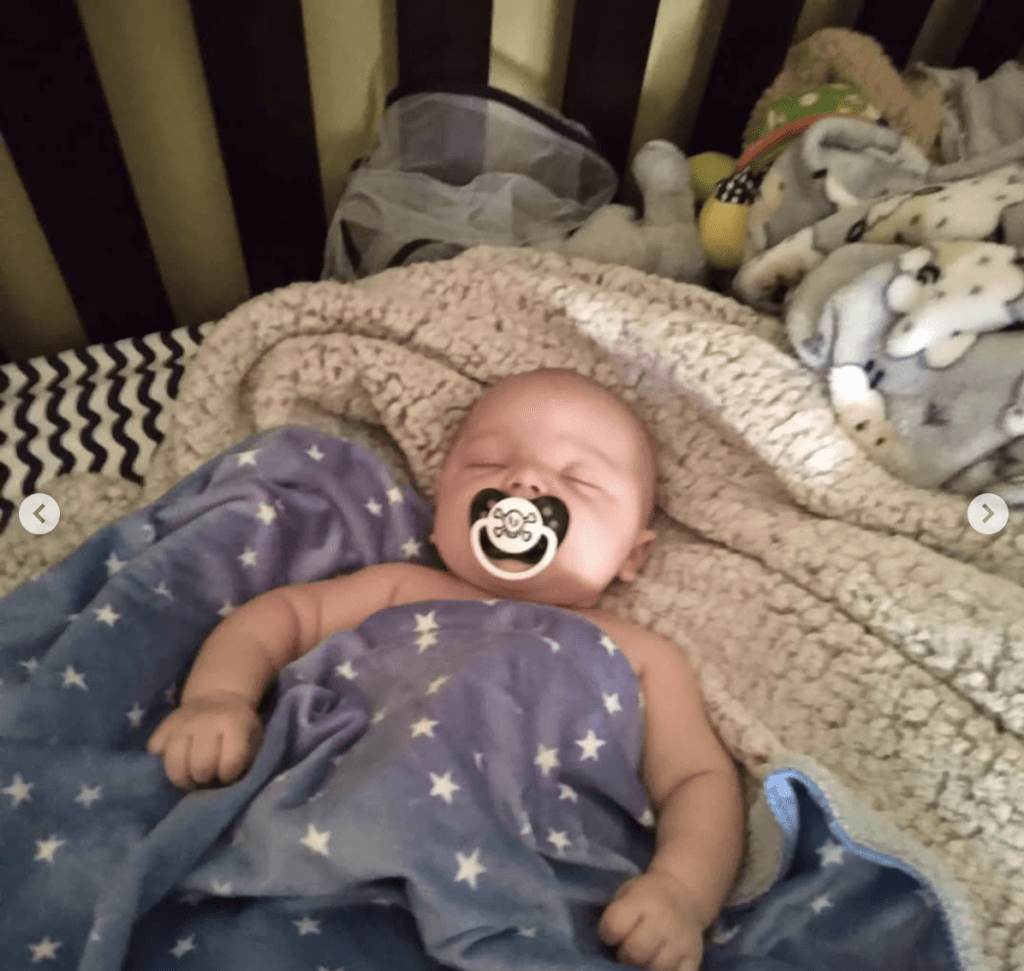 As reported, Amy Slaton and her husband celebrated the impending birth of their son with a toga party themed baby shower. 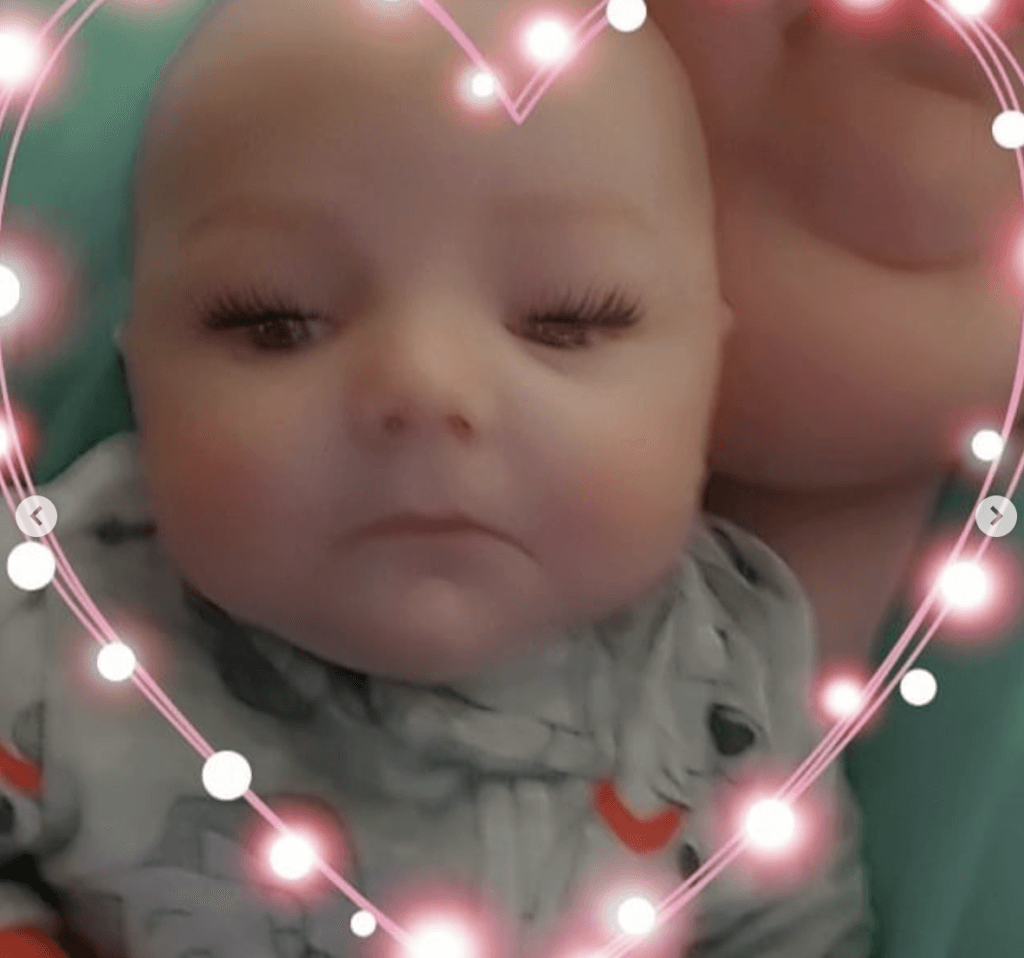 The reality star shared some fun pics from the baby bash on her Instagram account, which included a PDA filled “maternity shoot.” The couple was snapped rolling around on the ground clad in togas, smooching up a storm. 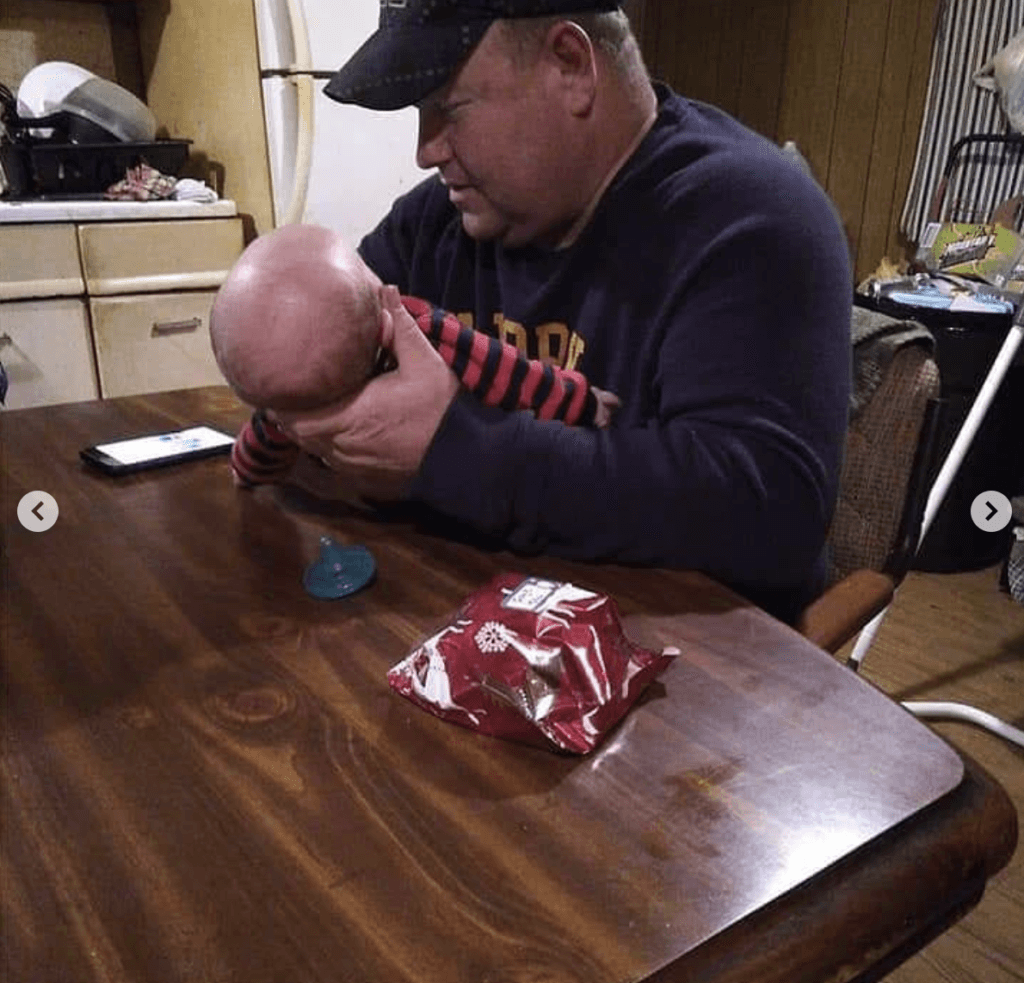 Family and friends gathered to shower Amy with love and to celebrate the upcoming birth of their baby boy. Tammy posed for photos with a cute  onesie that read, “My Aunt Tammy Loves Me.”