A New York attorney is seeking California and Georgia state authorities launch a criminal investigations against rapper Clifford “T.I.” Harris and his wife, singer Tameka “Tiny” Harris, including that they drugged and raped several women.

Attorney Tyrone Blackburn in a letter revealed more 30 victims in California and Georgia have come forward with allegations against the famous couple and their associates.

In the following press release, the lawyer noted the accusations “of forced drugging, kidnapping, rape, and intimidation” dating back as early as 2005.

“These criminal allegations span over fifteen years of methodical, sadistic abuse against women in various venues throughout the country,” the release continues. “These individual claims paint eerily consistent allegations of women prior to or upon immediately entering T&T’s home, hotel, or tour bus were coerced by Tiny to ingest drugs or unknowingly administered drugs to impair the victims’ ability to consent to subsequent vile sexual acts.”

Blackburn said he had 11 clients in total, including one man.

“Clifford (T.I.) and Tameka Harris deny in the strongest possible terms these unsubstantiated and baseless allegations,” a statement from their lawyer, Steve Sadow, reads.

“We are confident that if these claims are thoroughly and fairly investigated, no charges will be forthcoming. The Harrises implore everyone not to be taken in by these obvious attempts to manipulate the press and misuse the justice system.” 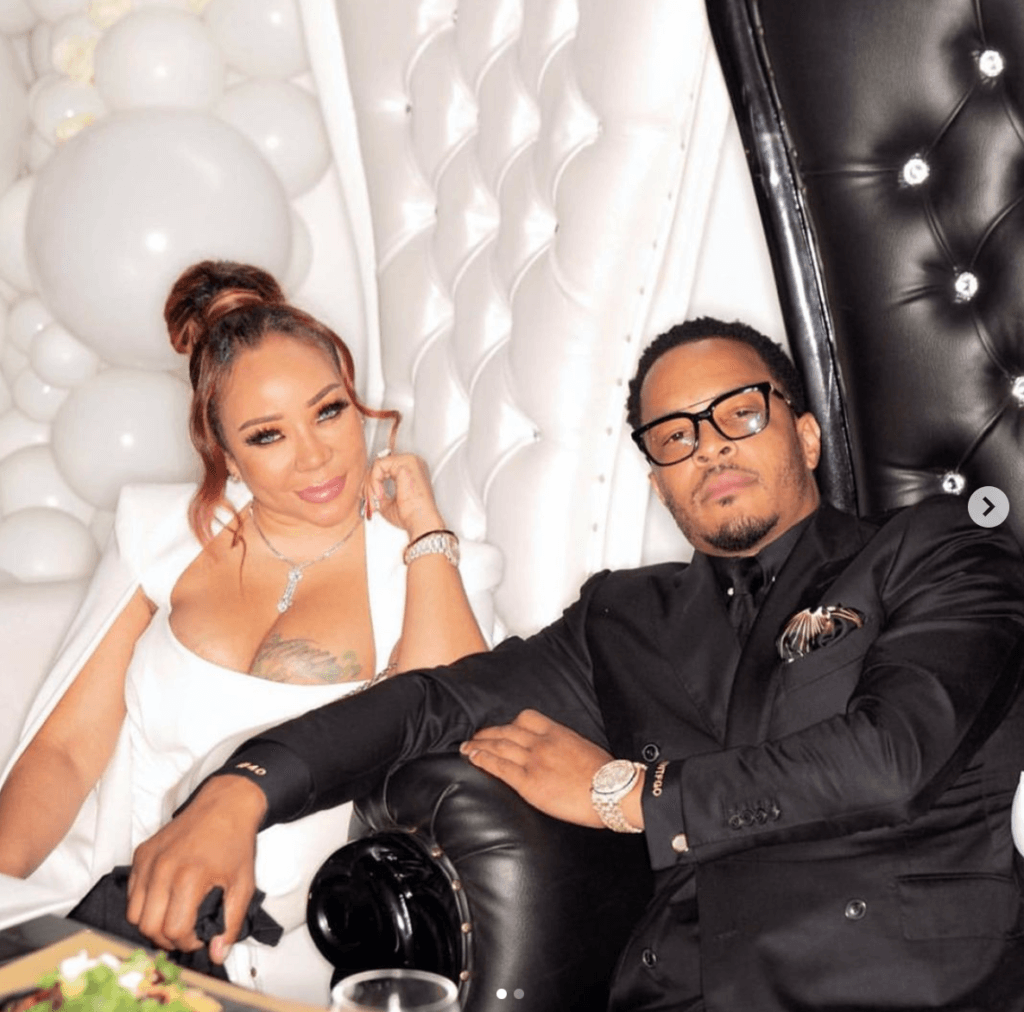 In a pair of letters calling for an investigation into the matter, there six victims specifically referenced. One of the alleged victims was in California while the other five were residents of Georgia.

Claims of sexual assault against T.I and Tiny were initially raised on social media earlier in January by Sabrina Peterson.

Sabrina Peterson, posted on her Instagram account that the rapper had put a gun to her head, though she said she did not call police at the time. She is among Blackburn’s clients.

As reported, filming of T.I. & Tiny: Friends & Family Hustle was suspended after multiple women have come forward to accuse the reality couple of sexual assault.

“We are aware of the allegations, and while they are not connected to our show, we have reached out to T.I. and Tameka Harris, as well as local and state officials,” an MTV Entertainment spokesperson told Deadline. “Given the serious nature of the allegations, we have decided to suspend production in order to gather more information.”