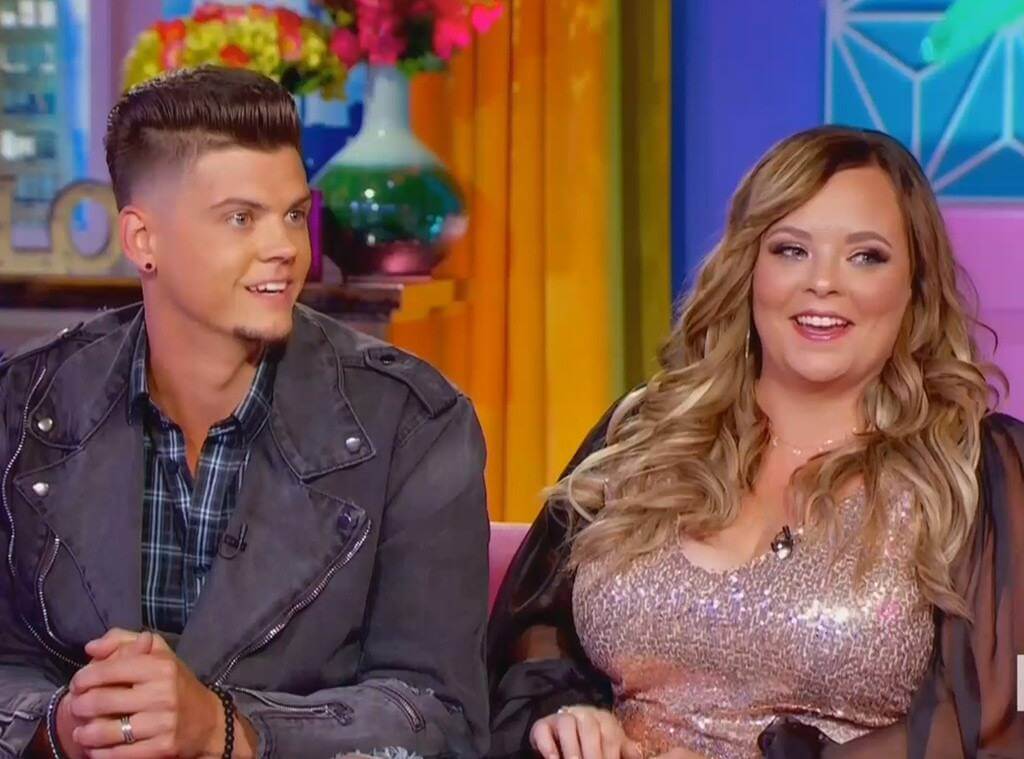 It’s another girl for Catelynn Lowell and Tyler Baltierra. The Teen Mom OG couple revealed the sex of their fourth child on Tuesday, February 23.

“We have found out that we are going to be having a … drumroll please … another girl!” Catelynn told Celebuzz. “While we wanted a boy since this is our last, as long as she’s healthy though that’s really all that matters. This is our last and final but we know one day we will have a grandson and adore him!”

The gender reveal came one day after the MTV couple announced their pregnancy news. “This rainbow was worth the storm,” Catelynn Lowell tweeted on Monday, February 22. “Baby Baltierra coming soon.”

This rainbow was worth the storm. Baby Baltierra coming soon 👶🤰🌈 https://t.co/LpPdDnANUX pic.twitter.com/gpS6TSw963

“Congratulations to both of you and your little fam. So exciting,” the Teen Mom 2 star wrote.

Catelynn and Tyler shared lots of happy details — including snaps of positive pregnancy tests and an ultrasound photo. The couple’s two daughters, Nova, 6, and Vaeda, 2, were snapped rocking “big sister” shirts. The girls sat side-by-side on a couch while Nova held up a sign that read, “27 weeks until I become a big sister.”

Catelynn suffered a miscarriage in November, but confirmed the next month that they planned to continue their effort to expand their family.

“I just want one more baby,” Catelynn wrote on Facebook in December 2020. “Is that too much to wish for/want? I pray that the Lord will bless us with one more. If not, I am absolutely grateful for the three healthy, beautiful girls that we do have. Infant loss/miscarriage grief is real. You are NOT alone, and I know I’m not either. Shuts [sic] hard sometimes. And that grief/sadness comes in waves and that’s OK.”

The MTV mom told Us Weekly last month that they would consider adopting a child.

“We have discussed it,” Catelynn told the outlet in January. “Yeah, if we weren’t able to have one more, sure, [we’d adopt]. Most definitely. But who knows at this time? … It’s just up to the universe right now. Whatever happens, will happen, I guess, in its own time. I don’t know when that will be.”