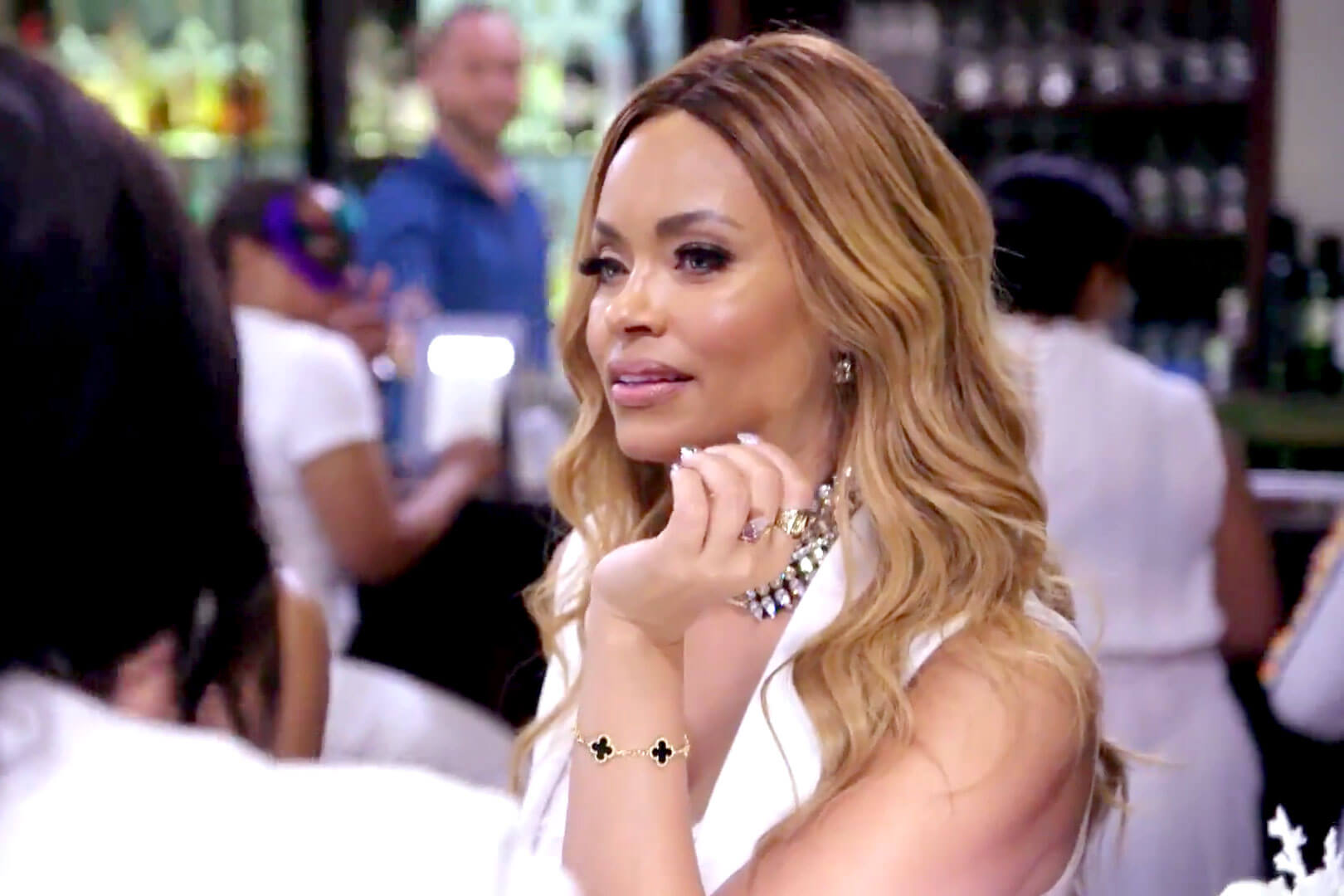 Fans know that LaToya has made repeated remarks about fellow newbie, Drew Sidora’s wig and has thrown shade at her marriage. Kenya advised her to knock it off in a recent episode, and Gizelle is encouraging Kenya to keep her bestie in check.

The Real Housewives of Potomac star sounded off about the dynamic during a recent episode of “Bravo’s Chat Room.”

“I blame all of this on Miss Kenya Moore, who I love because Kenya, check your girl because LaToya is your girl,” Gizelle said on the chat show. “You brought her around the group. And you are allowing her to just, I don’t know, just be like an irritating gnat to Drew. And you keep coming for Drew, keep coming for Drew. I blame that on you. Kenya, check your girl. You are responsible for this newbie.”

“But every now and then when your hair is jacked up or you want to do a protective style, sometimes you have to.” Kenya Moore told Latoya Ali in a December episode of RHOA, dissing Drew’s hair.

“For sure but at least get a hairstylist that knows how to put it on.” Latoya Ali comments. “Ok, that’s fair.” Kenya responded.

But it’s just the truth. Let’s just call a spade a spade…a wig a wig…a drew a drew. That is not a wig, that is a pet on your head.” Latoya Ali said.

The ladies didn’t stop there, and continued cackling about Drew’s wig.

“I thought I was shady. This little one right here. I think I may have met my match” — Kenya said in a confessional spot, regarding her sidekick, Latoya Ali.

Drew Sidora and Kenya Moore did not hit things off when the pair met, earlier this season. Kenya and LaToya Ali joked about Drew’s wig looking like a cat and joked about Cynthia Bailey, who introduced Drew to the group, for finding friends “at the pound.”

Drew addressed the situation in a December interview with ET.

“I really felt something with Kenya,” Drew recalled, at the time. “Like, I didn’t know because it wasn’t in my face, but I did feel the energy just — I couldn’t figure it out! So, after watching [the episode, it] explains a lot, you know what I mean? Why the relationship ended up — or ends up — where it is. Even with LaToya, they never said it to me. So, I just was like, wow. That’s really shocking, a pet on my head? Is that what we’re talking about?”

In a recent episode of her YouTube show, Speak On It, Kandi Burruss addressed Kenya Moore and LaToya Ali’s strange relationship.

“Kenya barely knows LaToya,” she continued. “Now all of a sudden she wanna do trips with LaToya. Put it together. Now she wanna get private jets and invite LaToya to go on the jet with her. That was very interesting.”