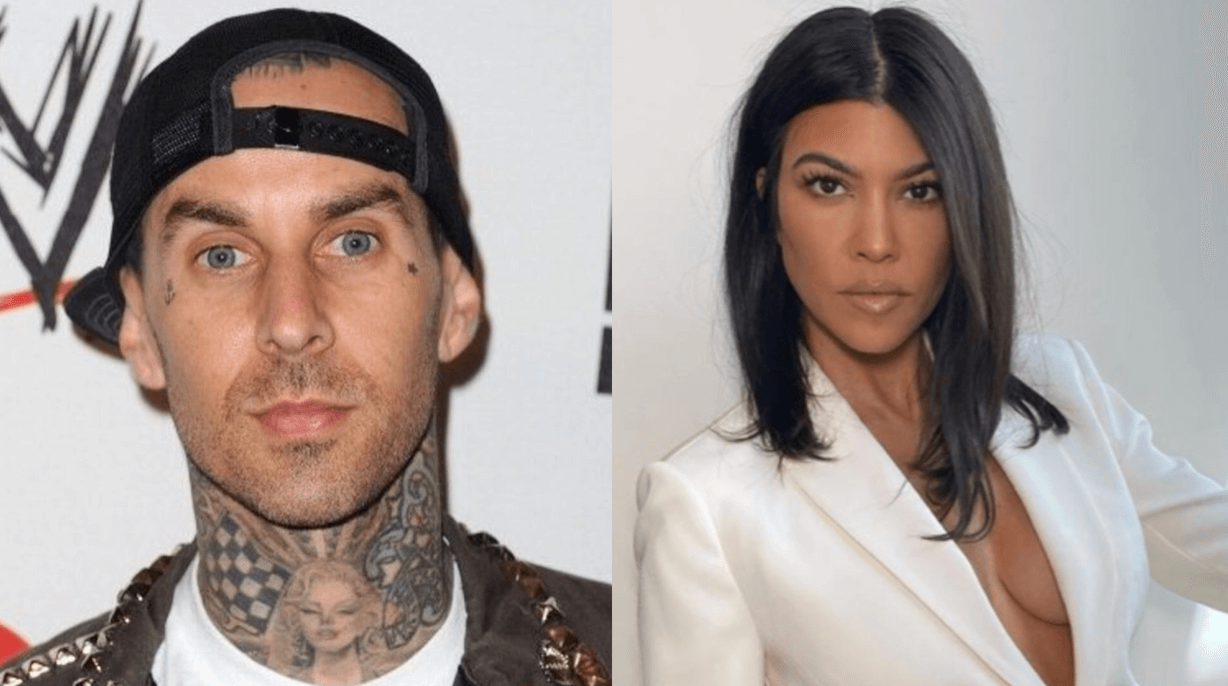 Kourtney Kardashian is dating Travis Barker. The Keeping Up With the Kardashians star and the Blink-182 drummer enjoyed a trip to Palm Springs, California over the weekend, where Kris Jenner maintains a home. The reality star and the musician shared snaps of the home’s backyard on their Instagram Stories.

“They’re in Palm Springs together. They’ve been dating for about a month or two,” a source told PEOPLE. “They’ve been friends for a long time but it’s turned romantic.”

“Travis has liked her for a while,” the insider added.

Travis shares daughter, Alabama, 15, son, Landon, 17, and stepdaughter, Atiana, 21, with his ex-wife, Shanna Moakler. Travis and Shanna were married from 2004-2008. Kourtney shares three children with her ex, Scott Disick—sons Mason, 11, and Reign, 6, and 8-year-old daughter Penelope. Kourtney and Scott were together for nine years, before splitting in July 2015.

Kourtney and Scott have reportedly been friends for years, and live in the same Calabasas community. Travis has even popped on KUWTK from time to time in brief cameo appearances. The duo has been seen out and about in Los Angeles throughout the years.

Interestingly, Travis denied that a romance was going on with Kourtney in March 2019.  “Kourtney’s like a dear friend. That’s it,” he commented at the 2019 iHeartRadio Music Awards.

Travis clarified that he was fond of the Kardashian/Jenner crew, but that his relationship with Kourtney was strictly platonic.

Kourtney has been romantically connected to Younes Bendjima and Luka Sabbat in recent years.

Scott Disick is on board with the shifted relationship, according to a new report by E! News.

“Scott has been around Travis on several occasions and thinks he’s a great guy,” a source told the outlet. “He’s really happy for Kourtney and is not surprised they are dating. Kourtney has spent a lot of time with Travis and it’s not shocking to him that they developed a romantic relationship.”

“She hasn’t dated someone in a while and Scott wants her to be happy,” the insider said, adding that the ex-couple is “in a great place and they have come to terms that they are strictly friends and co-parents.”

“There’s no romance there and he couldn’t be happier that she’s moved on,” the source added. “As long as the kids are in a healthy situation and Kourtney’s in a good place, then Scott is happy for them.”

A second snitch reported that Kourtney’s family also approves of the budding romance.

“The family likes Travis. They are comfortable with him and trust him,” the insider shares. “They have all spent a lot of time together over the years. They think he is a good guy.”

“They’ve known each other forever and always hung out,” the snitch dished to E! News. “It recently turned into more. Kourtney is very laid back about it and just having fun. They are neighbors and know a lot of the same people. It’s easy and she’s just going with it.”

“It’s not serious, it’s just what naturally happened in front of her,” the source noted. “Travis pursued her and seems excited about Kourtney giving this a chance. She’s not saying much about it. It’s casual and a quarantine thing for now.”