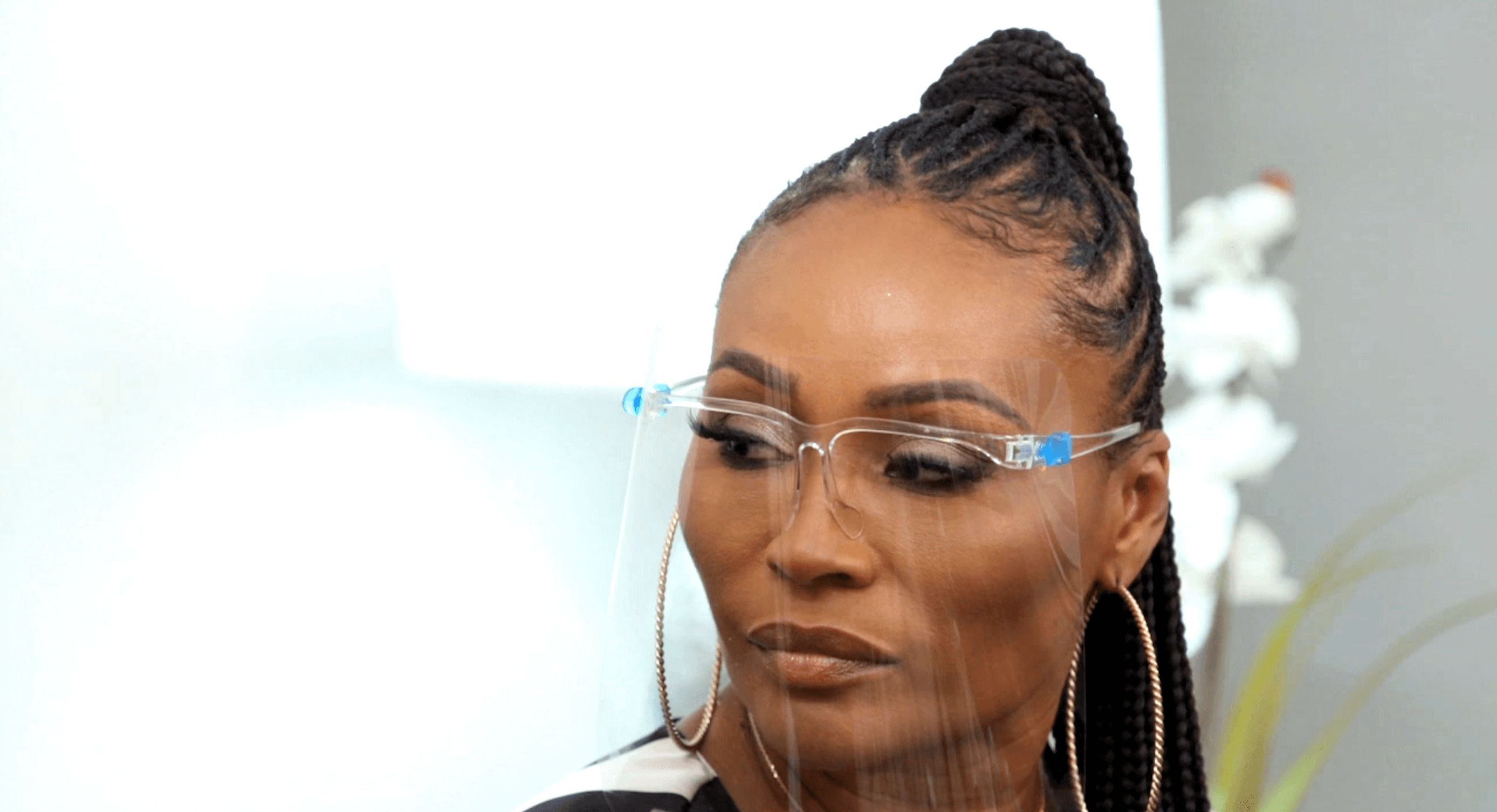 We start this episode of the Real Housewives of Atlanta first with Kenya Moore having a distanced lunch meeting with her marketing VP for her haircare line. Then Drew Sidora’s five-year-old son is riding his bike, assisted by dad, Ralph. And finally, at Lake Bailey, Cynthia and Mike Hill (or #Chill, if you will) are discussing their invitation list.

Cynthia and Mike had a list that contained two-hundred-fifty guests. But, due to Covid, they never expected over half of that list to RSVP. Now, all these out-of-town guests need to find accommodation. And Mike wants to invite Porsha Williams’ ex, Dennis.

Cynthia wants her dad to attend, but after she found out her father was abusive toward her mom, it’s caused a real rift in the family dynamic. How will Cynthia’s mom feel, seeing him there? Cynthia hasn’t seen her father in two years, but she wants to give him the option of coming.

Mike thinks Cynthia should do what she wants. It’s her day, damn it. Everyone else can suck it!

At Drew’s house, she’s boxing things herself, sans packers. Pastor Jeanette thinks bubble wrap is too expensive. Paper is cheaper. Drew and Ralph have a contest to see who can wrap glasses faster. Yes, kids, it’s every bit as dull as it sounds. Drew is a flop. There, I typed it. 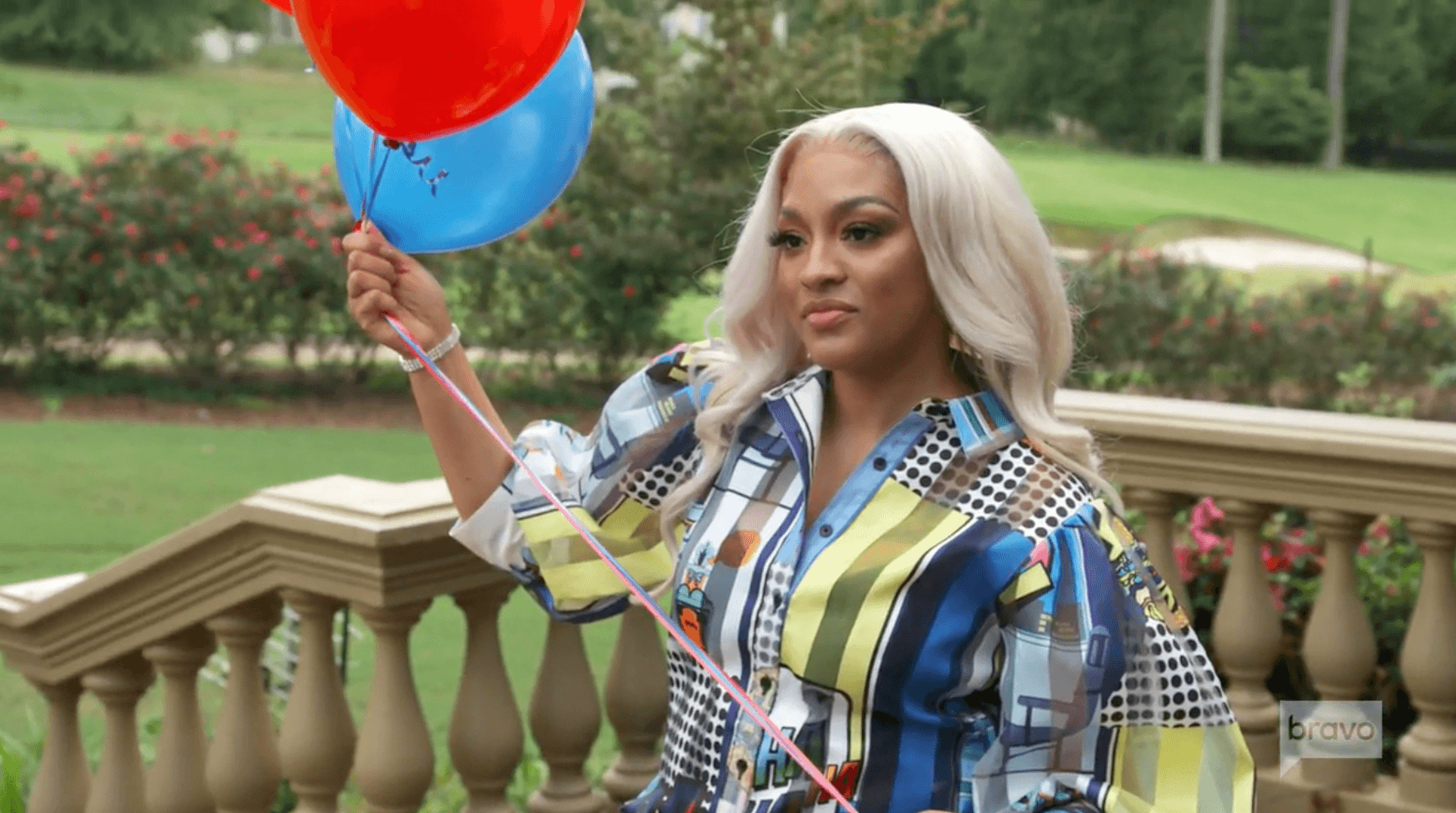 Ralph’s dad recently passed. They had a bit of a strained relationship due to Dad’s absence. Ralph hoped they could forge a bond later in life, but they never got the chance.

Drew keeps telling us how hard marriage is. (If it’s that hard, maybe you’re with the wrong person? Maybe you should find someone who doesn’t disappear for days at a time without telling you where he is, for example.)

Drew and Ralph fill some balloons and head outside. They say some words about recommitment to each other, then let the balloons go in honor of his dad.

Kandi Burruss has been working from home during Covid. Now, she wants to give away food to people in need. She can help nearly eight hundred families, but it needs to be a socially distanced event.

Kandi talks about taking Riley’s dad, Bolt, to court. He had millions of dollars at one point, but he’s only been paying child support for a decade. He’s way behind to the tune of tens of thousands of dollars. Kandi wants to set up a trust for Riley’s future. 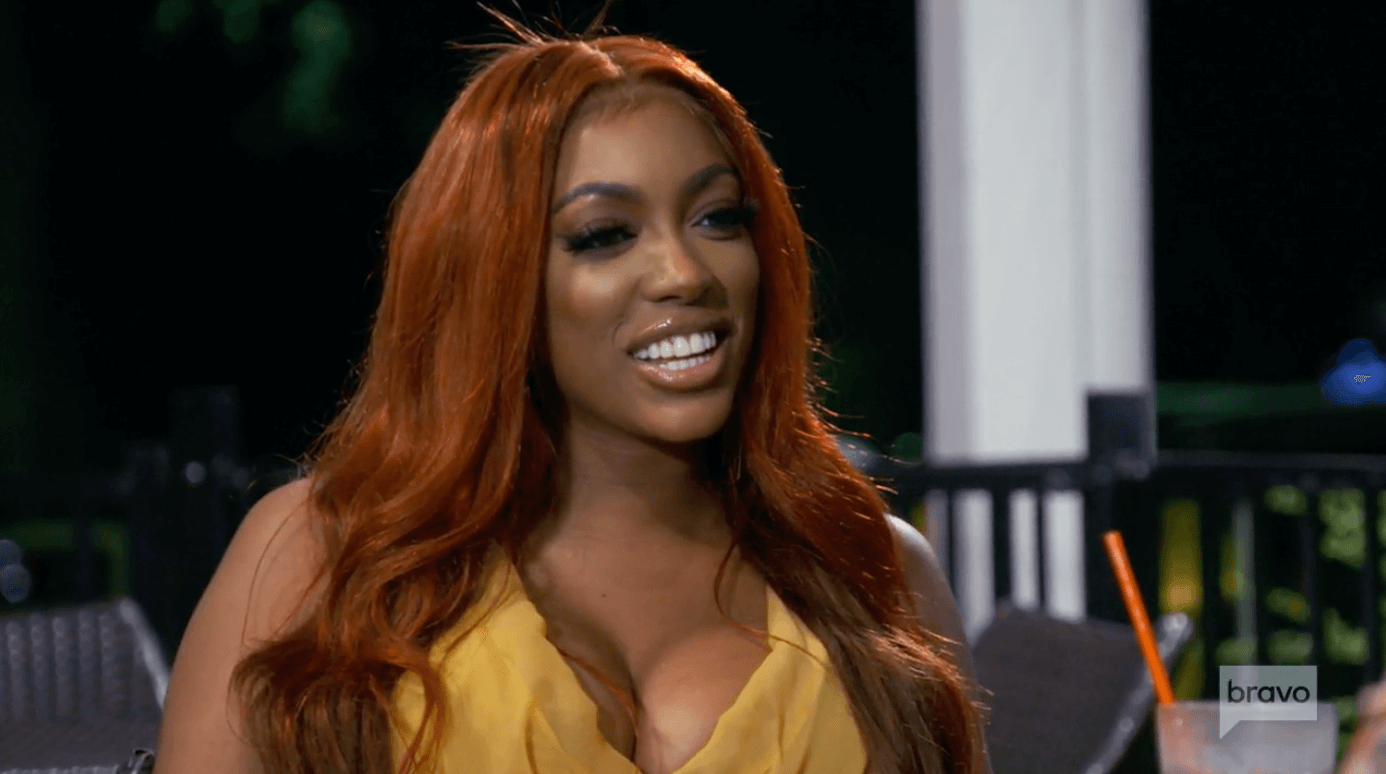 Kandi’s makeup artist says Kandi isn’t going to get any money. She has enough. What judge is going to give successful Kandi back child support? Fortunately, Kandi laughs it off, but we might be seeing a new glam team member in the future. Stay in your lane, makeup lady!

Porsha meets Cynthia in an outdoor restaurant for dinner. They discuss the engagement party that Kenya threw last week. Porsha gives props to Cynthia for taking her time and getting to know Mike before rushing into marriage.

Cynthia wonders if it’s okay to invite Dennis to the wedding. Porsha admits she’s been running from the issue of Dennis’ affair. When the waitress keeps interrupting during the juicy parts, Cynthia tells her to back off!

Porsha has gained twenty pounds, and she’s feeling insecure because Dennis cheated. She’s not her best self with him. Small things set her off when he’s around. Porsha admits that she tried to forgive Dennis, and she kept punishing him instead.

Dennis has been talking to Mike, saying he wants his family back. Mike and Dennis have become pals. But Porsha doesn’t want to see her ex at the wedding. Cynthia, as Queen of the House, should have the final say. 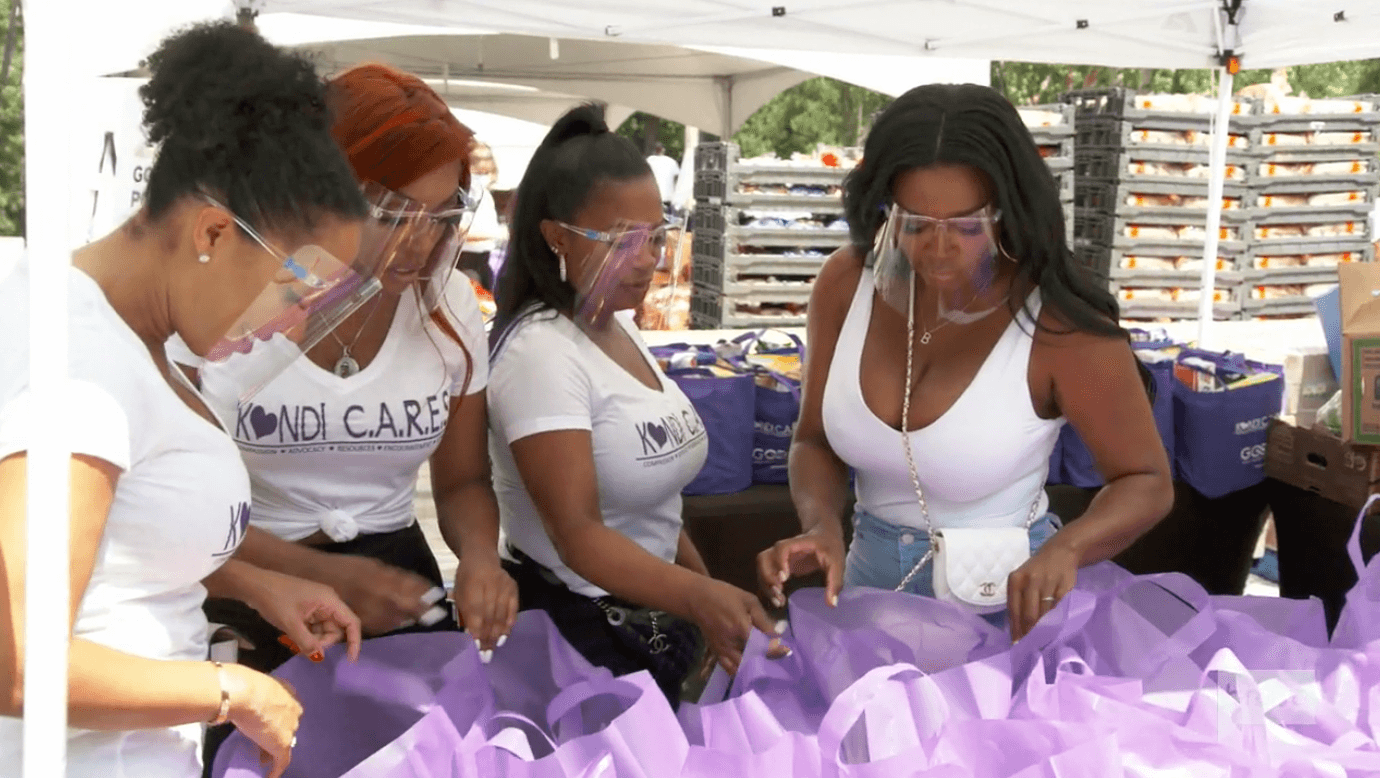 Later, Cynthia Facetimes daughter, Noelle, who’s all glammed up. She’s started a Youtube channel. She’s also become an influencer on Insta and is making money of her own. She has her own apartment and loves it.

Cynthia hasn’t shown anyone her wedding dress. She’s waiting for Noelle to come home. Noelle won’t be staying for long, though. She’s got a lot of promotional work to do will have to leave after two weeks.

Kenya shows, and she’s pissed that Porsha could be on time to hand out bags but was late to the engagement party. It’s about priorities, Kenya!

Kenya immediately starts bossing the other women, telling them how to fill the bags with food, and Porsha isn’t surprised.

Cynthia and Mike are heading to get their marriage license. She’s not letting this one out of her hot little hands, not after her mom and sister tried to derail her last marriage. (Just think if you’d listened to them, Cynthia. You’d be so much better off!) 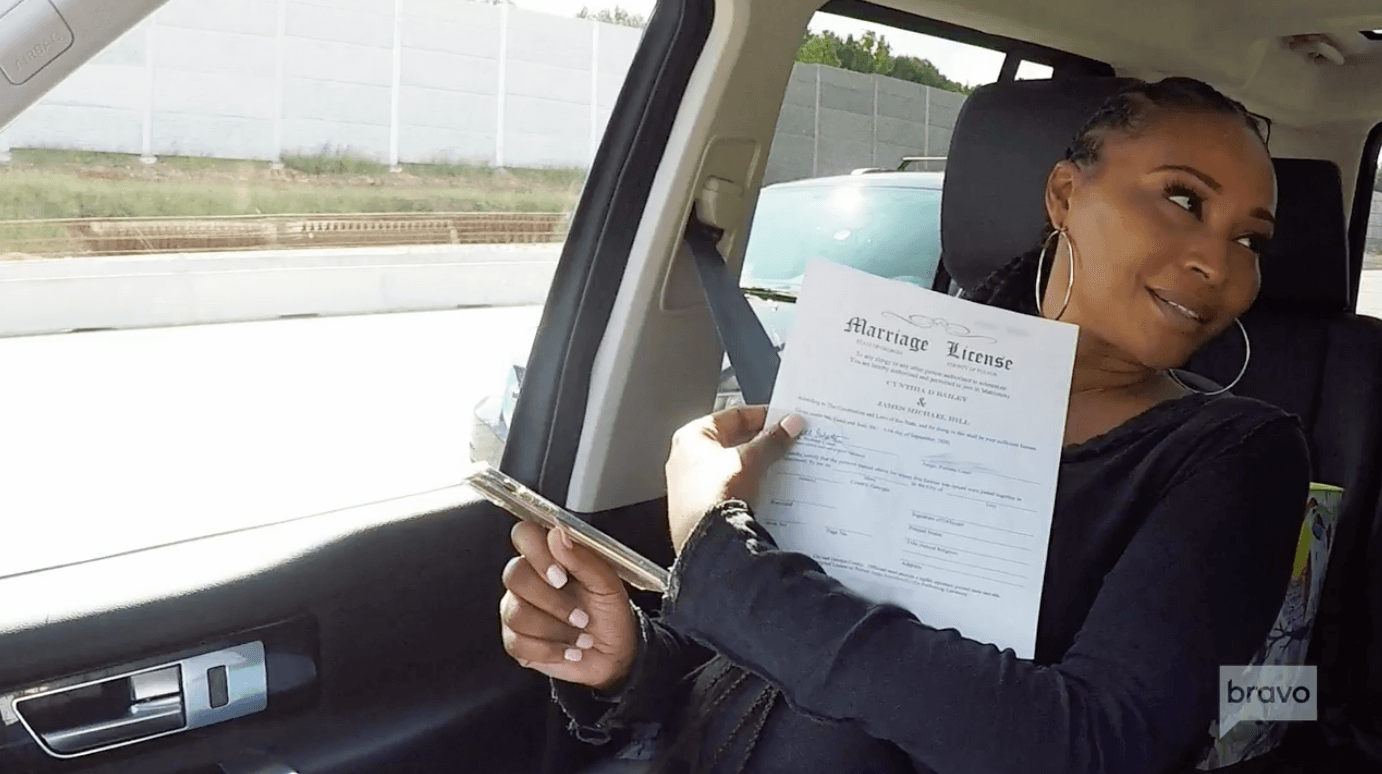 Porsha and Tanya discuss Dennis not coming to Cynthia’s wedding. Kenya claps at them to get to work while they gossip.

Kandi says Mike wants Dennis at the wedding. He’s even talked to Todd about it. And it won’t be a problem, as long as Porsha doesn’t bring a date. Um, no sir. You don’t get to decide who Porsha brings. And for someone who isn’t on the show, we’re hearing a lot about what Dennis wants.

Kenya says Dennis and Porsha are back and forth so much, no one takes them seriously. Porsha doesn’t really give a shit what Kenya thinks. And neither do I, frankly.

When the cars start arriving, the women fill the trunks with bags of food. It’s amazing to see, and I wish they would highlight more positive things like this. (Don’t get me wrong, I love the fights, too, but this is the real stuff that matters.)

Todd and Ace show up to help. Ace sticks bread into trunks of cars, and he’s adorable. And finally, Marlo arrives just in time for lunch. But she does deliver five thousand to the cause. Kenya says Marlo’s sugar daddy must be bankrolling the donation. Drew calls, and she gave money, as well. She couldn’t be on hand, because she’s moving.

The women agree that Drew is sweet. Well, everyone but Kenya. She calls Drew “Cynthia’s stray.” Even in the midst of doing something good, Kenya has to be shady. 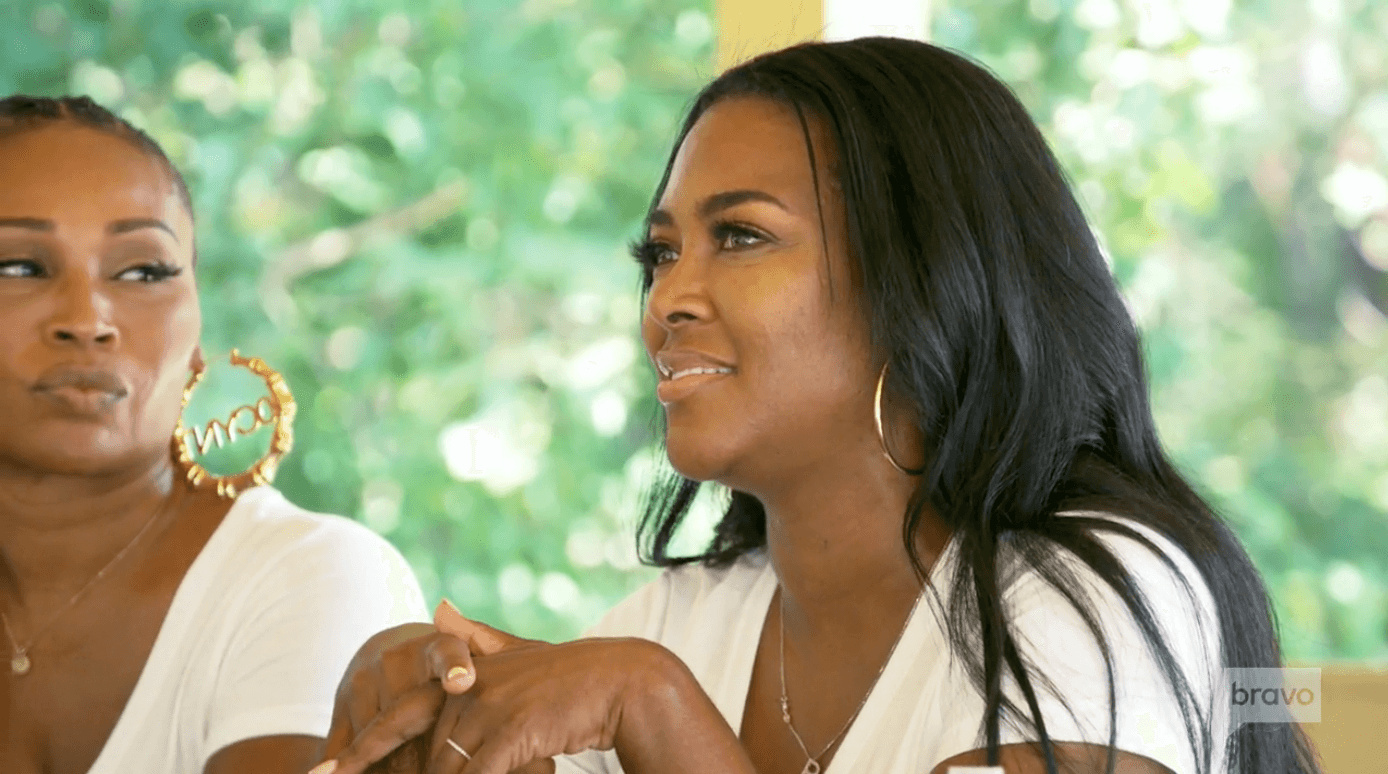 Kenya wants the women to take a girls’ trip. It will be a good time to get away from their homes and have a little respite. They’ll have to drive, in order to stay safe. Unless they invite Falynn, who has her own private plane.

It’s a new day and Cynthia picks up Noelle from the airport. On the drive home, she says she wants to invite her dad to the wedding. But Noelle doesn’t care, because she’s too busy taking selfies.

They head to Barbara’s house. Cynthia’s mom is excited to see Noelle, who hasn’t been home in a year. Sister, Mal, is also in the house.

Barbara cooked, but pork chops are missing! Mal has been dipping into the food before Cynthia gets there. As Cynthia sits to eat, she brings up the topic of her dad.

Barbara doesn’t want to engage with him. She’s still upset that Cynthia posted a throwback photo for Father’s Day, thanking her dad for having her and giving her good memories. Barbara did all the heavy lifting in raising the kids. Cynthia and Mal only saw their father during summers. Mal says she still has a relationship with her father, and she refuses to hate him. But Barbara couldn’t even get child support from her ex, and she’s still bitter.

She’s also pissed that Cynthia and Kenya asked her to take part in their domestic violence PSA a few years ago. She bared herself and dug up the horrible memories of abuse. She still resents them asking her to do it. She didn’t even know what a PSA was! Cynthia says it was always her mother’s choice, and it inspired other women. 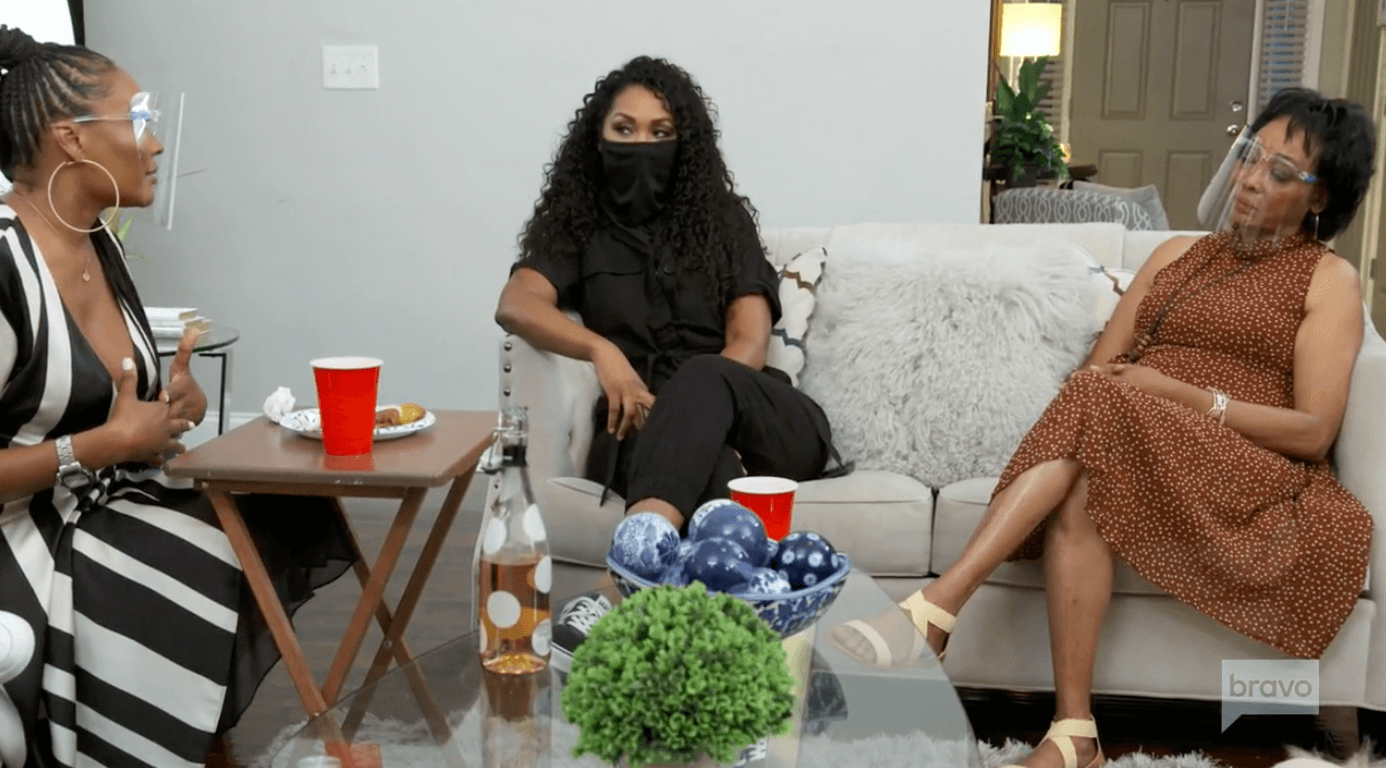 Barbara got backlash from back home. “Why is she lying on Mr. Bailey? He goes to church!” She didn’t expect to get hate for telling the truth.

Cynthia says if her mom didn’t know what a PSA was, she should have asked. Barbara talked openly in front of cameras. Didn’t she think people were going to see it? But if Barbara didn’t understand, Cynthia apologizes.

At the end of the day, Barbara won’t tell Cynthia not to invite her dad. But Noelle sticks up for her grandmother, saying she obviously doesn’t want the man there. Noelle has only met her grandfather once. Cynthia should put Barbara first.

Barbara got pregnant with Cynthia, and Cynthia feels guilty for that. If she hadn’t gotten married, she could have had a different life. A better life.

Noelle stands up for Barbara and tells Cynthia plainly that granddad hasn’t been around, but Barbara has been there through thick and thin.

And that’s our episode. So, do you think Cynthia should invite her dad? Should we see more feel-good stories like Kandi giving food to people in need? And should Dennis be invited to the wedding?