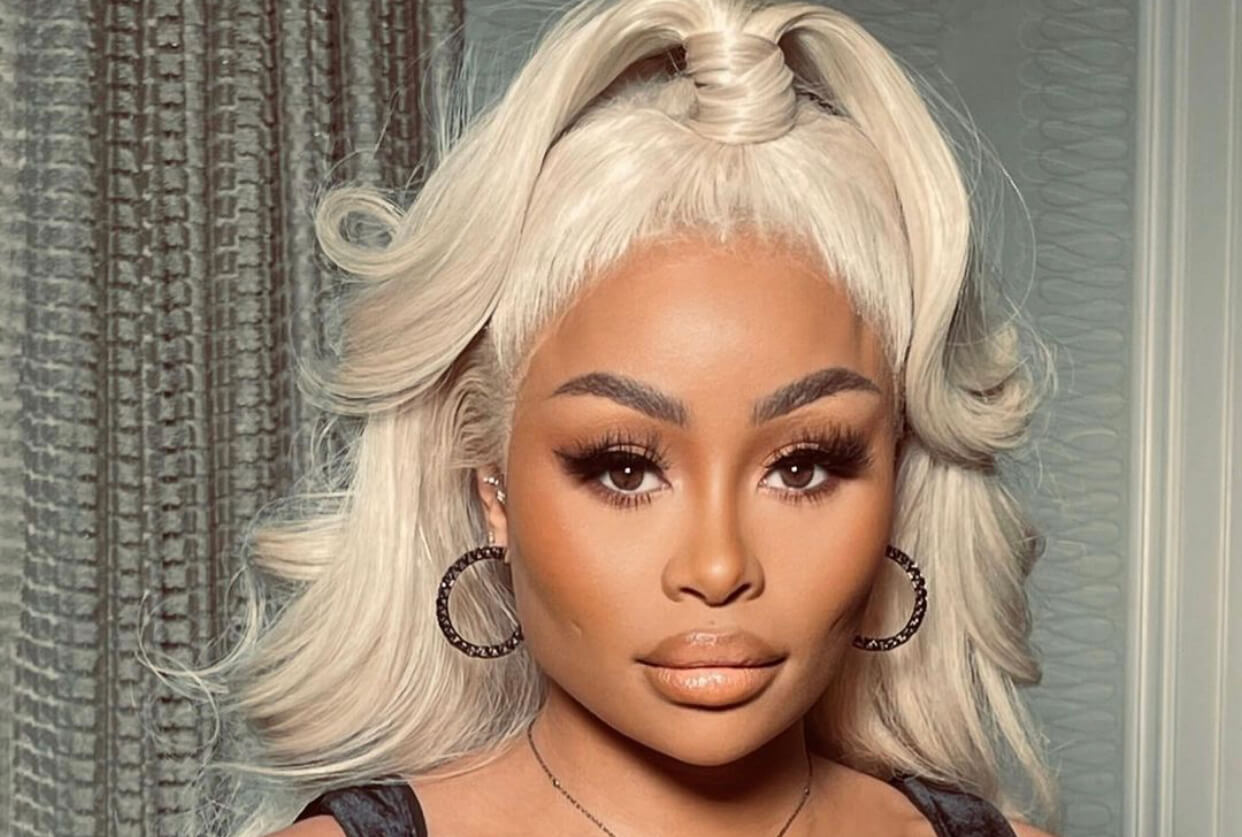 If there’s one thing about Blac Chyna, it’s that she’s no stranger to plastic surgery. In the past, the mom-of-two has copped to getting liposuction, multiple breast augmentations, and fillers. Fans have always been very judgemental about Chyna‘s ever-changing appearance, and this time is no different. The 32-year-old posted new selfies to social media, causing quite a stir from fans and trolls.

RELATED: ‘The Real Blac Chyna’ Is Coming To WE tv And It’s DRAMA Like You’ve Never Seen — Watch The Trailer!

Earlier this week, Blac Chyna posted a slideshow of selfies to promote the clothing line, FashionNova. “Nothing is more honorable than a grateful heart. @fashionnova,” Chyna wrote in the caption. In one photo, Chyna is smiling, which prompted fans to notice her noticeably different jawline. Fans rushed to Chyna‘s comment section and began picking her appearance apart — in a good way. 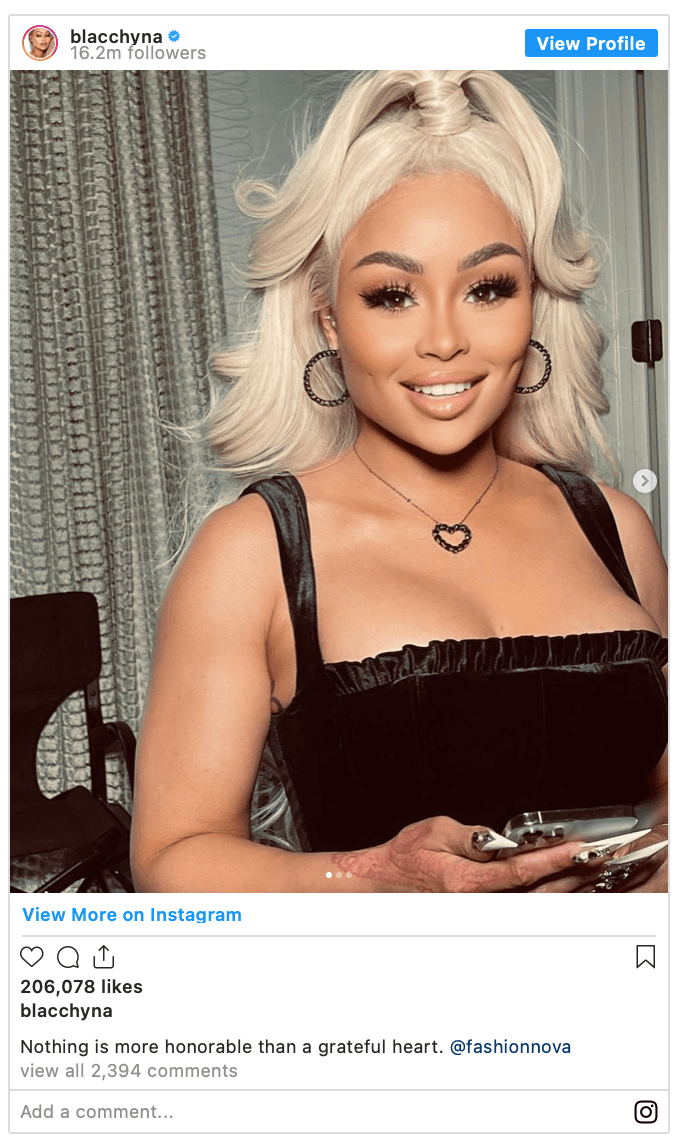 “Keep the makeup artist you have! They have you looking GREATER THAN GREAT,” exclaimed one fan, assuming that Chyna‘s “new” face was the result of a really good makeup job. However, other fans concluded that Chyna had more work done. 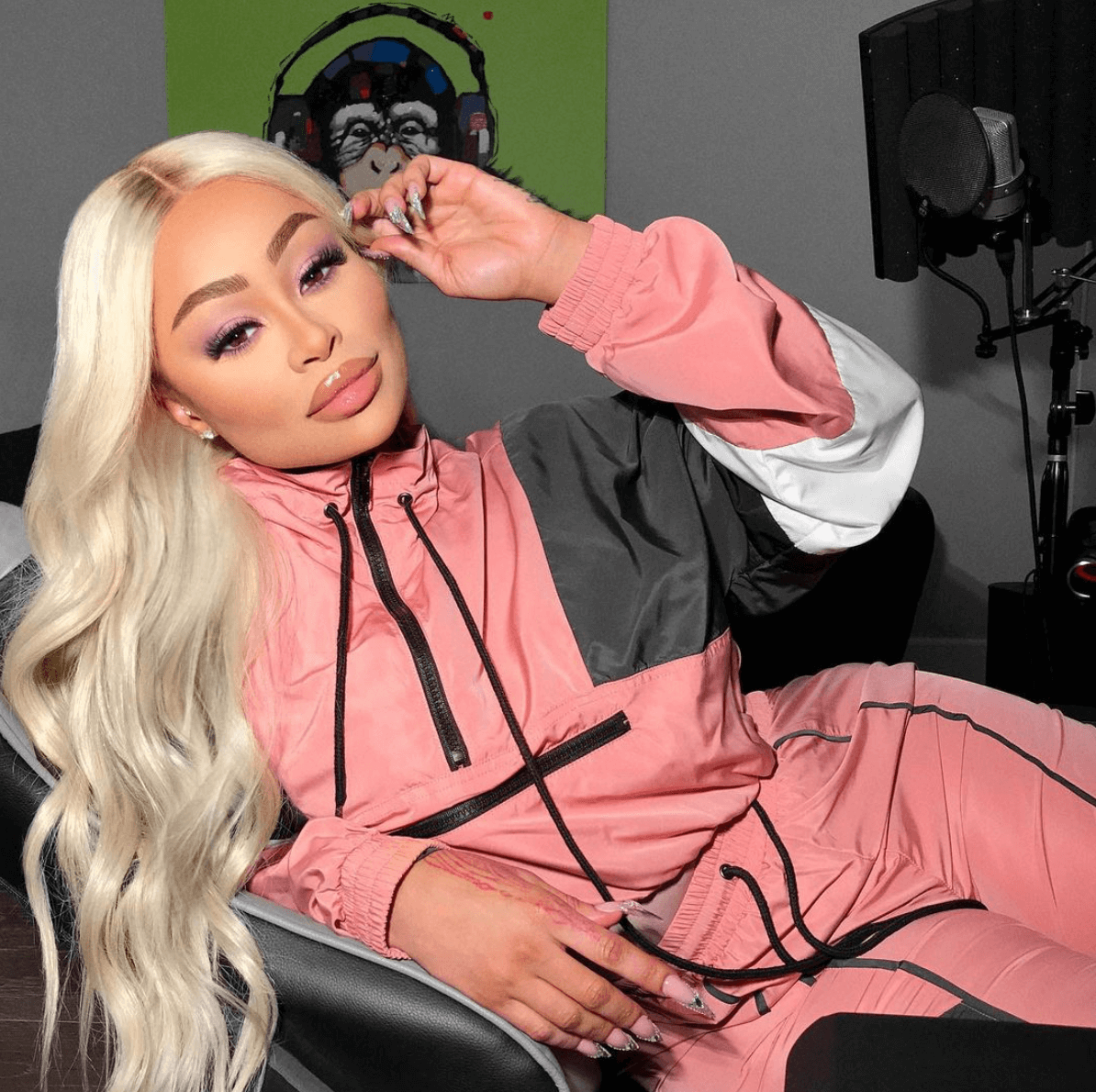 “Your face has changed in the past 4 days. Make your mind up with your body 😂😂😂” one fan shadily commented. Another fan attributed Chyna‘s natural face to the influence putting a pause on filler injections. “it’s because she stopped fillers in her cheeks I just figured it out lol,” the fan wrote. But it was Chyna‘s true fans that were here for her new, natural look.

“This is the best pic I’ve seen …. more natural and soft”

“You look so pretty in this picture😍” 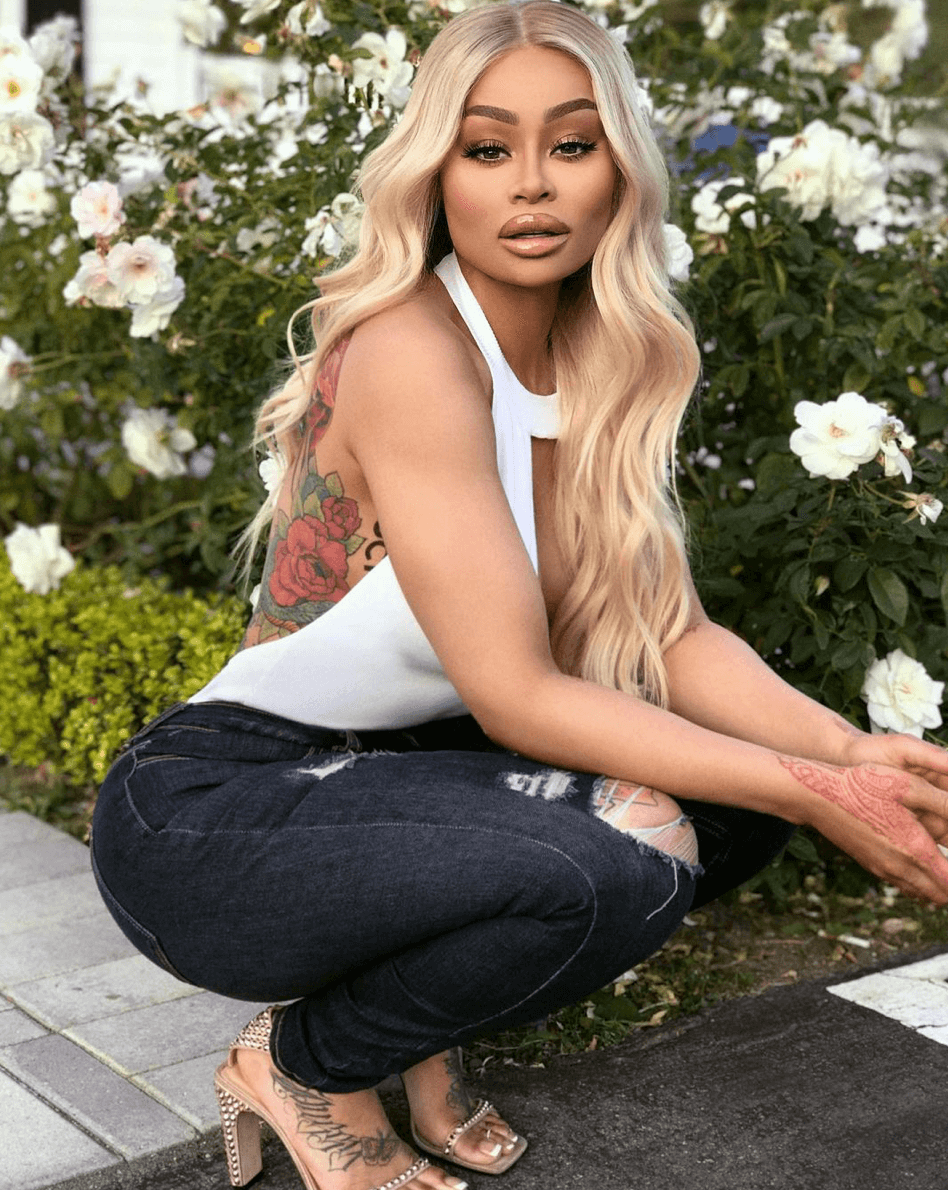 Over on Twitter, fans continued to praise Chyna for her new face. A firm that specializes in consulting & marketing for cosmetic clinics compared Chyna’s new photos with old photos throughout the model’s career. “I know makeup & editing makes a difference as well but her overall face has been changing over the years.. here are some slightly older pictures,” the account tweeted. 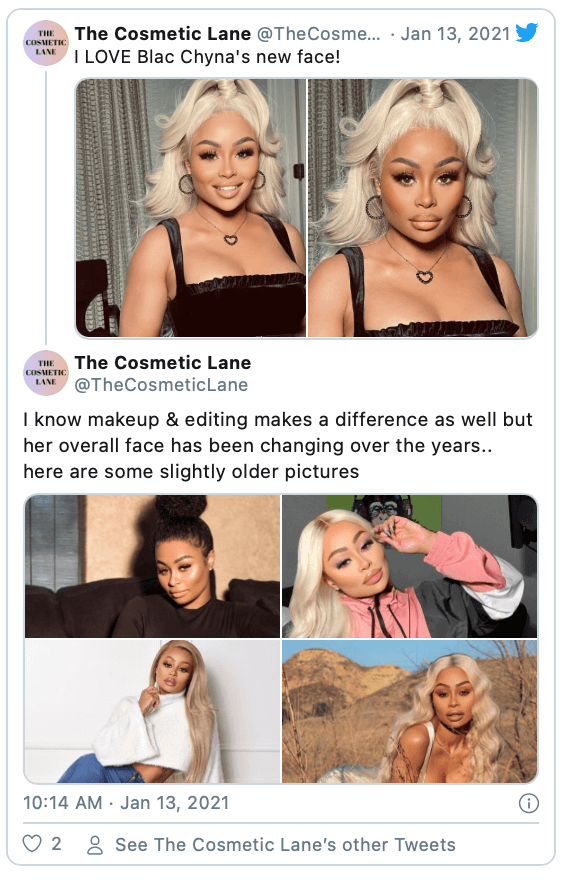 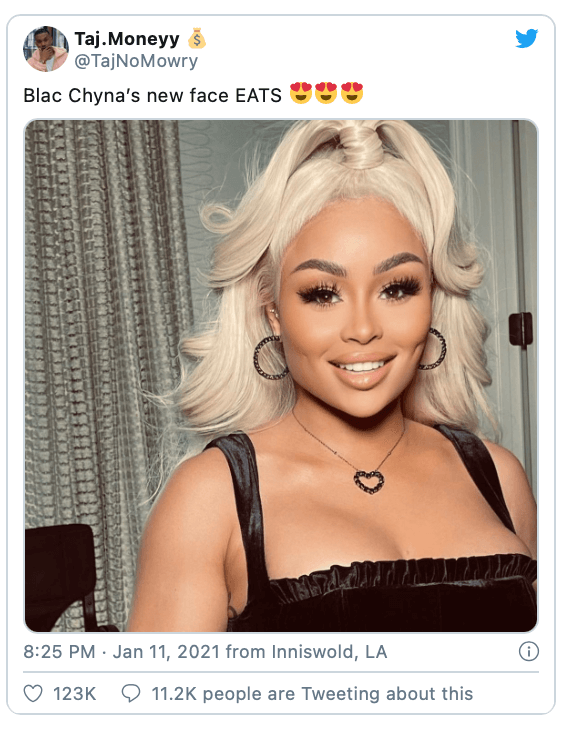 As reported, Blac Chyna and Rob Kardashian reached an agreement in the custody case of their 4-year-old daughter, Dream Kardashian. The ex-couple will share physical time with Dream across an alternating weekly schedule and will share equal time over holidays and vacations.

The toxic exes also agreed to be free of any drugs or alcohol while caring for Dream. A decision that came months after Rob requested that Chyna take a drug and alcohol test after he accused the mom-of-two of abusing substances while around Dream. 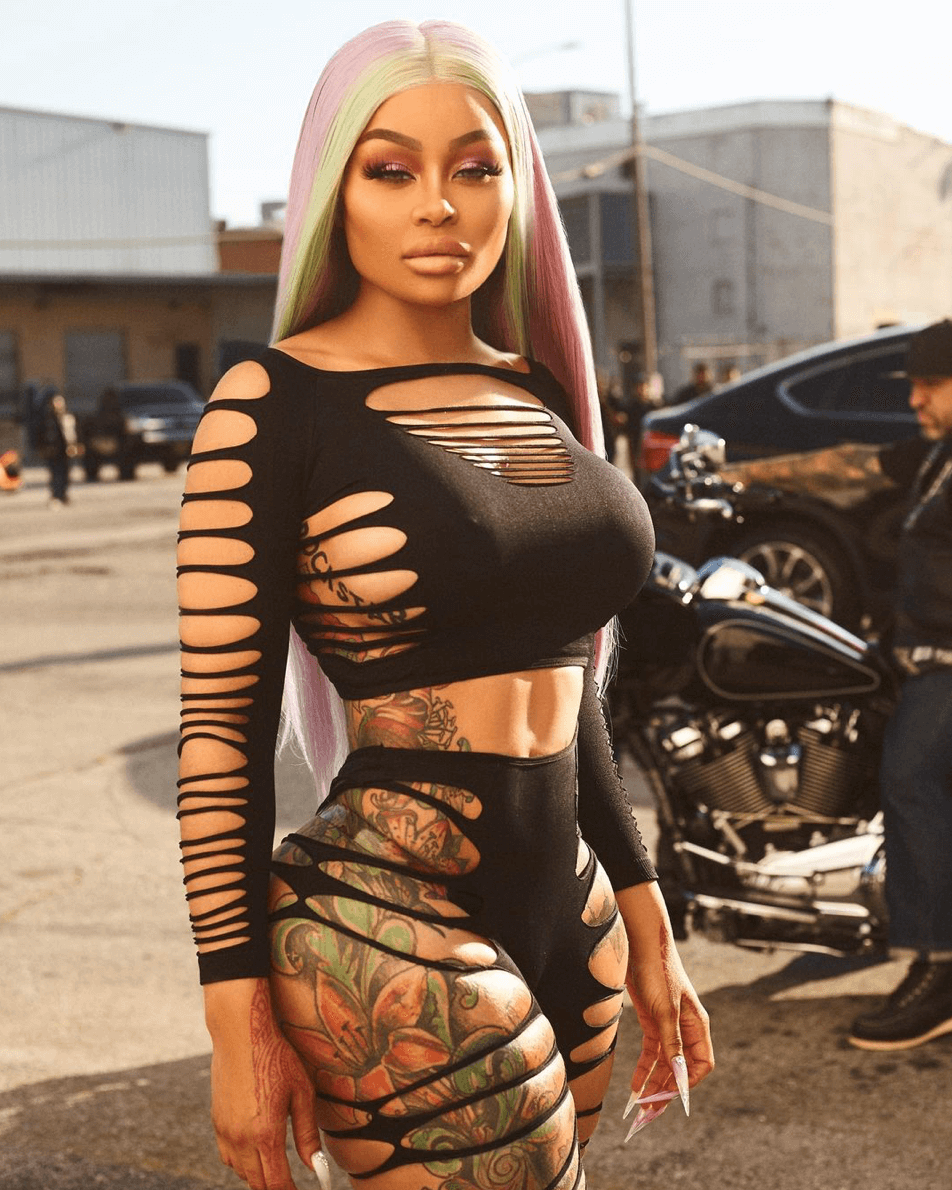 In January 2020, Rob made the accusations in a ploy to get sole custody of Dream. Chyna denied Rob‘s claims and Rob‘s request was denied. Chyna also dismissed her claims against Rob.

Related Items:Blac Chyna, featured
Dr. Dre’s Estranged Wife Accuses Him Of Holding Gun To Her Head And Punching Her Throughout Their Marriage!
Jon Gosselin Wants To Reconnect With His 8 Estranged Kids After Near-Death Battle With COVID-19!
Comments
To Top