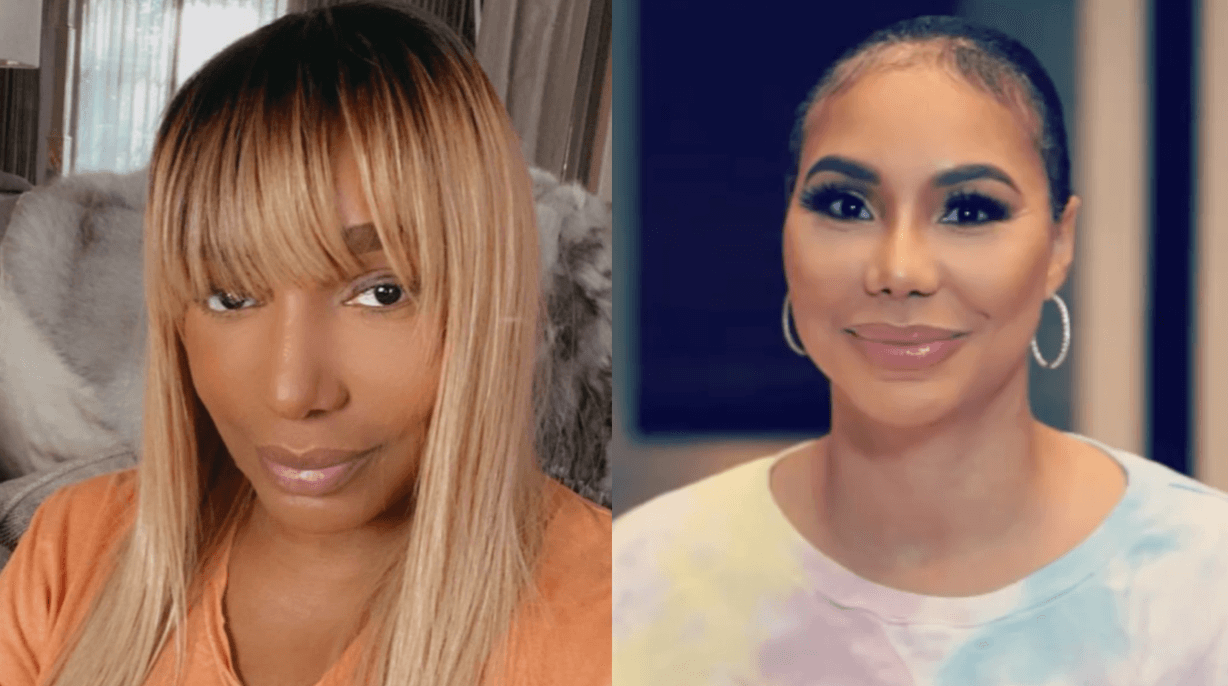 NeNe Leakes recently teamed up with Tamar Braxton to dish about the ups and downs in the rollercoaster world of reality TV.

The two former reality divas spoke out during an episode of Tamar’s podcast, “Under Construction,” discussing reality TV stardom, regrets, and confronting their limits.

RELATED: NeNe Leakes Threatens To MARCH Outside Of ‘Racist Studios’ In 2021!

NeNe opened up about how corporate greed steers the direction of reality television shows, and how it took her “years to figure out who the real devil was.”

Tamar asked the Real Housewives of Atlanta alum about what she believed was the least talked about side effect of life on reality TV. NeNe shared that her time on Bravo was only one aspect of her career in the early days.

“The other side of all the perks… I don’t know. I know that when I came out, I did everything. I did scripted television, I did Broadway, I was on the cover of ‘Ebony’ magazine, the ‘Power cover,’ I was the first celebrity in 30 years to have a residency out in Vegas on Zumanity, appearances, I did appearances everywhere,” she said. “Every single talk show it was possible to do. I co-hosted everywhere for everybody. I just did everything. The flip side of that is, it’s going to come to an end. Either it’s going to come to an end or you level off.”

“The other thing is, you could still be going just as hard as you were when you first came out but that corporate devil is sitting right there,” she said. “It’s a corporate devil that people don’t know is controlling a lot of your career. I did a lot of competition shows. I did ‘Celebrity Apprentice,’ I did ‘Cupcake Wars.’ I did a competition show where Gregg and I were cooking for these ‘Top Chef’ people. Corporate devil is a beast. That’s all I got to tell you. Like you think you’re going on these shows and you’re going to be like ‘I can win.’ Actually, before you even get on the show they already know who the winner is. That’s the corporate devil. It’s a lot that happens behind the scenes that people just don’t know about.”

NeNe interjected when Tamar wondered about the line drawn between “reality TV” and actual “reality.”

“Because reality TV is better than reality. Cause you know, reality TV is a little twisted. That makes more money,” she said. “That is the truth, it makes more money. You know, but it took you years to figure that out didn’t it? Listen, it took me years to figure out why all these girls were coming after me every season [we would’ve squashed something in the background], why some of my friendships were falling apart. It took me years.”

“I was blaming a lot of people and it took me years to figure out who the real devil was,” she added. “When I figured it out though it really crushed me. It really hurt my heart really bad. I was really, really hurt over it. And I was like ‘wow.’ It felt to me like American greed or something. Greedy, just greedy. They will never stop. That’s what happens. It’s sad. It’s a lot and it’s a lot to deal with. So much.”

Tamar and NeNe have both suffered fallout from their careers in the reality TV spotlight. The former Braxton Family Values star attempted suicide in July 2020, and seemingly accused WEtv of mistreating her to her breaking point.

NeNe has become increasingly outspoken about her contentious relationship with Bravo, and even cosigned the notion that Andy Cohen should be axed for fueling systematic racism within the network. She called on fans to boycott Bravo in a show of solidarity, in December.