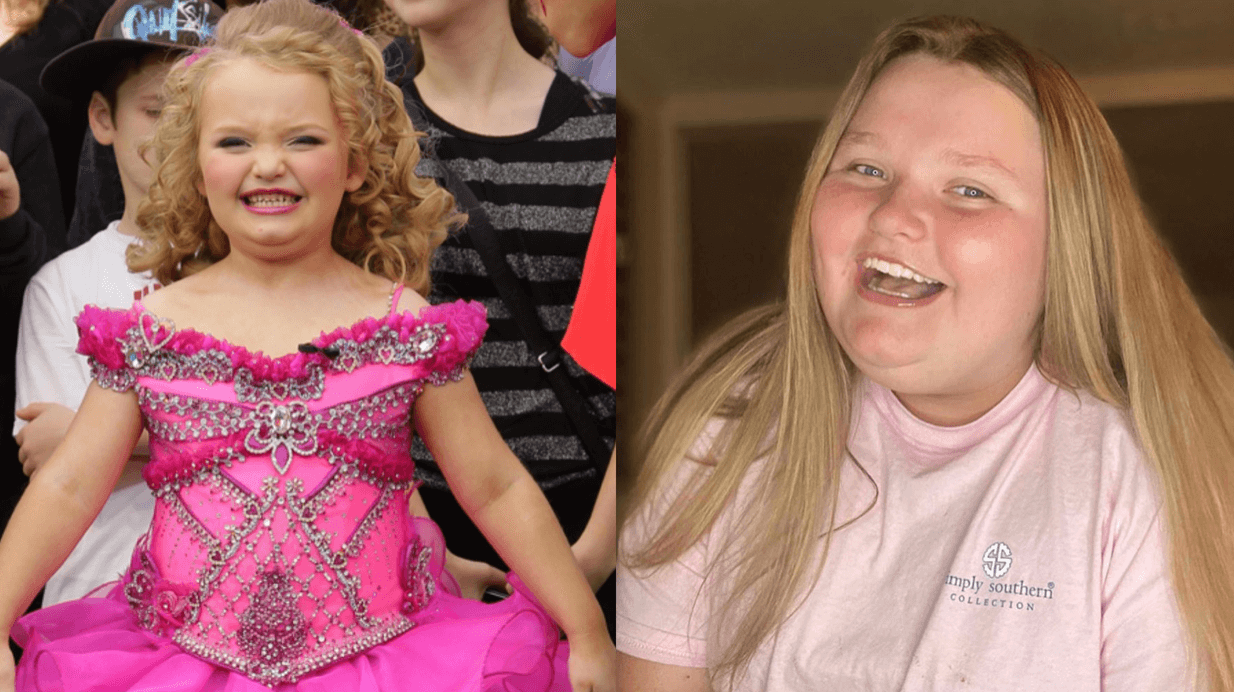 Alana “Honey Boo Boo” Thompson is almost all grown up, as revealed in the teen’s latest profile pic, posted on Facebook this week. The black and white snap revealed the “Toddlers and Tiaras” alum tilting her head, showing off her fake eyelashes and long nails. The photo did not have a caption.

The “Mama June: From Not to Hot: Family Crisis” star debuted a nose ring in September, to promote her merchandise line. The reality TV teen also revealed a new sleek haircut to celebrate her fifteenth birthday, sharing the mature snap on social media. Alana popped a pose in jeans and a t-shirt printed with “It’s My Birthday.” Alana cut off seven inches of hair to mark her special day.

Alana has been living with her sister, Lauryn “Pumpkin” Efird in Georgia, while her mother, June Shannon, resides in Florida with her boyfriend, Geno Doak. June and Geno continue to work on staying sober, after struggling with drug addiction. June is reportedly eleven months sober.

The couple was arrested for possession of crack cocaine and drug paraphernalia, a crack pipe, in March 2019. Geno later admitted that the couple had spent $150k on crack over a six month period.

Pumpkin confirmed that she was still caring for Alana, while responding to a fan on Instagram.

“Is Alana back with her mom or with her dad? Haven’t seen her with Pumpkin lately,” a fan asked.

As reported in November, June flaunted her own new look in a photo shoot after undergoing a dental makeover and a plastic surgery for her “triple chin.”

Gina shared that the Wetv personality traveled from Georgia to California to undergo liposuction and a tummy tuck, but her plans changed at the last minute.

“So true thought I would share this with y’all and every day is a new day u [sic] just have to tell yourself, ‘I’m going to do better today then [sic] I was yesterday,’” June captioned the share.