Ceaser Emanuel, the head honcho of the Black Ink Crew franchise, is being accused of “stomping out” his 16-year-old daughter, Cheyenne.

Over the weekend, Cheyenne, who fans have watched grow up on ‘Black Ink,’ hopped on Instagram Live to air her father out. “He put hands and feet on me!” she screamed. “I’m a female! I don’t give a f*ck!”

Cheyenne then took to her Instagram Stories to elaborate on the physical abuse and to make it clear that she was telling the truth. “The level of disrespect from my father pulling me out of the shower then beating me while I was naked is a problem,” she said before adding that Ceaser kicked, punched, and stomped her like she was “a dog in the street.”

“I’m here to speak my truth. He knows what he has done. The police [were] called. There are records.” Cheyenne continued as she clapped back at “trolls” who accused her of lying on the reality TV star. “All of you trolls can say what you want,” Cheyenne added. “This is my truth of what transpired.” 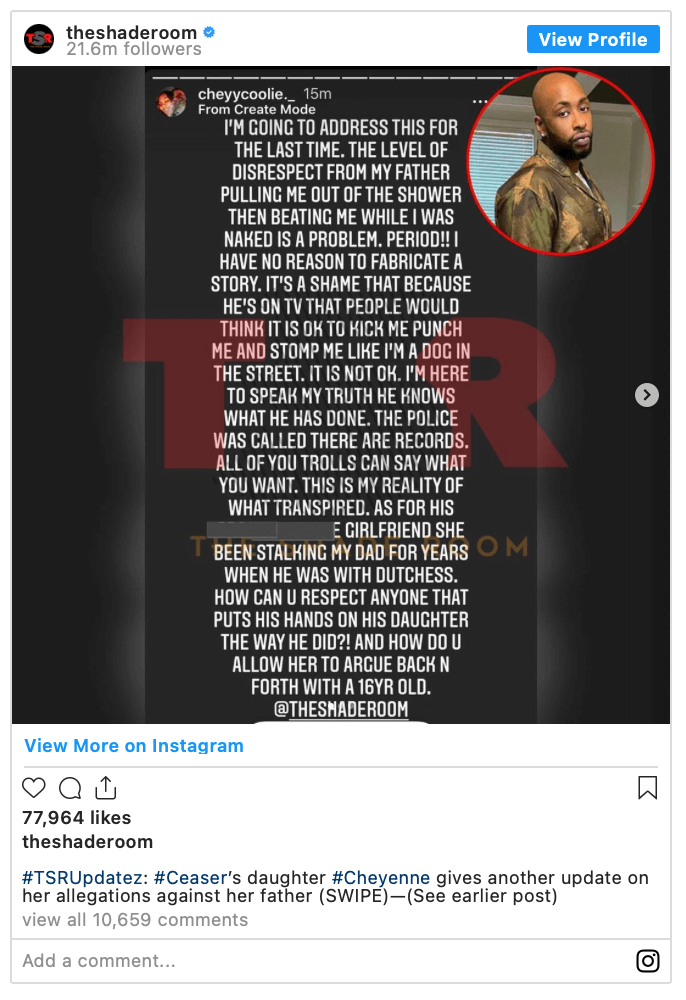 Cheyenne also called out Ceaser’s girlfriend, Suzette, for being with “anyone that puts his hands on his daughter the way he did” and for arguing “back n forth with a 16yr old.”

Suzette chimed in with her two cents, claiming that the incident started when Cheyenne refused to wash the dishes.

“She was suppose to wash dishes. You want $600 wigs but don’t want to wash dishes?!” Suzette began in a series of Instagram Stories. “Kids these days have no respect. Don’t respect their mom or dad and want the world.”

Cheyenne‘s mother, Crystal, who has also appeared on Black Ink Crew New York came to her daughter’s defense with her own message.

“No one will ever understand to be woken up at 2a.m from my daughter crying that her father beat her,” Crystal wrote on her Instagram Story. “This has psychologically damaged my child Imagine someone ripping you out of the shower at 16 years old punching and kicking u.” 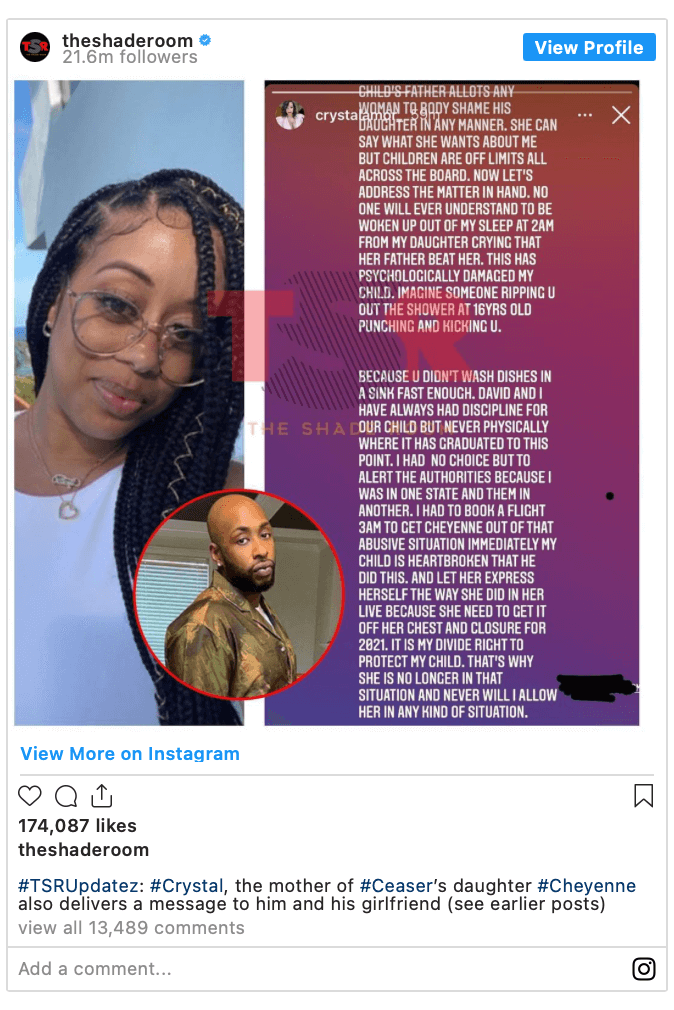 Crystal added that she allowed Cheyenne to tell her side of the story on social media because she “needed to get it off her chest and closure for 2021.” She also admitted that as Cheyenne‘s parents, both she and Ceasar have always disciplined their daughter, but “never physically where it has graduated to this point.” 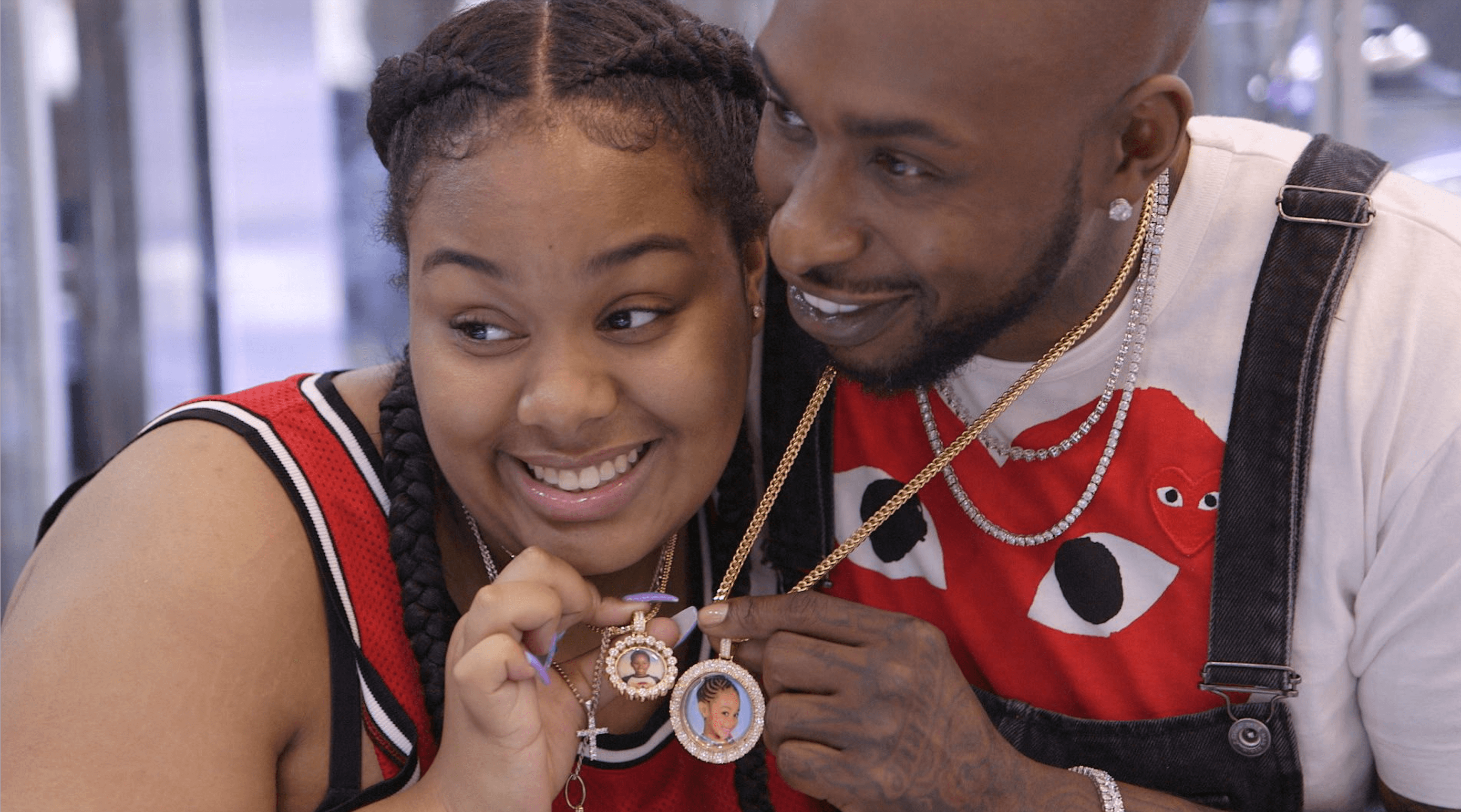 At the time the incident occurred, Crystal was in New York while Cheyenne was with her dad in Atlanta, Ga. When Cheyenne called her mom crying about what just happened, Crystal said she had “no choice but to alert authorities.”

As for Ceaser, he’s been pretty mums-the-word about the incident. On Sunday (Jan. 3), he posted a meme to social media that read, “Sometimes you just gotta stay silent ’cause no words can explain the s*** that’s going on in your mind and heart.” 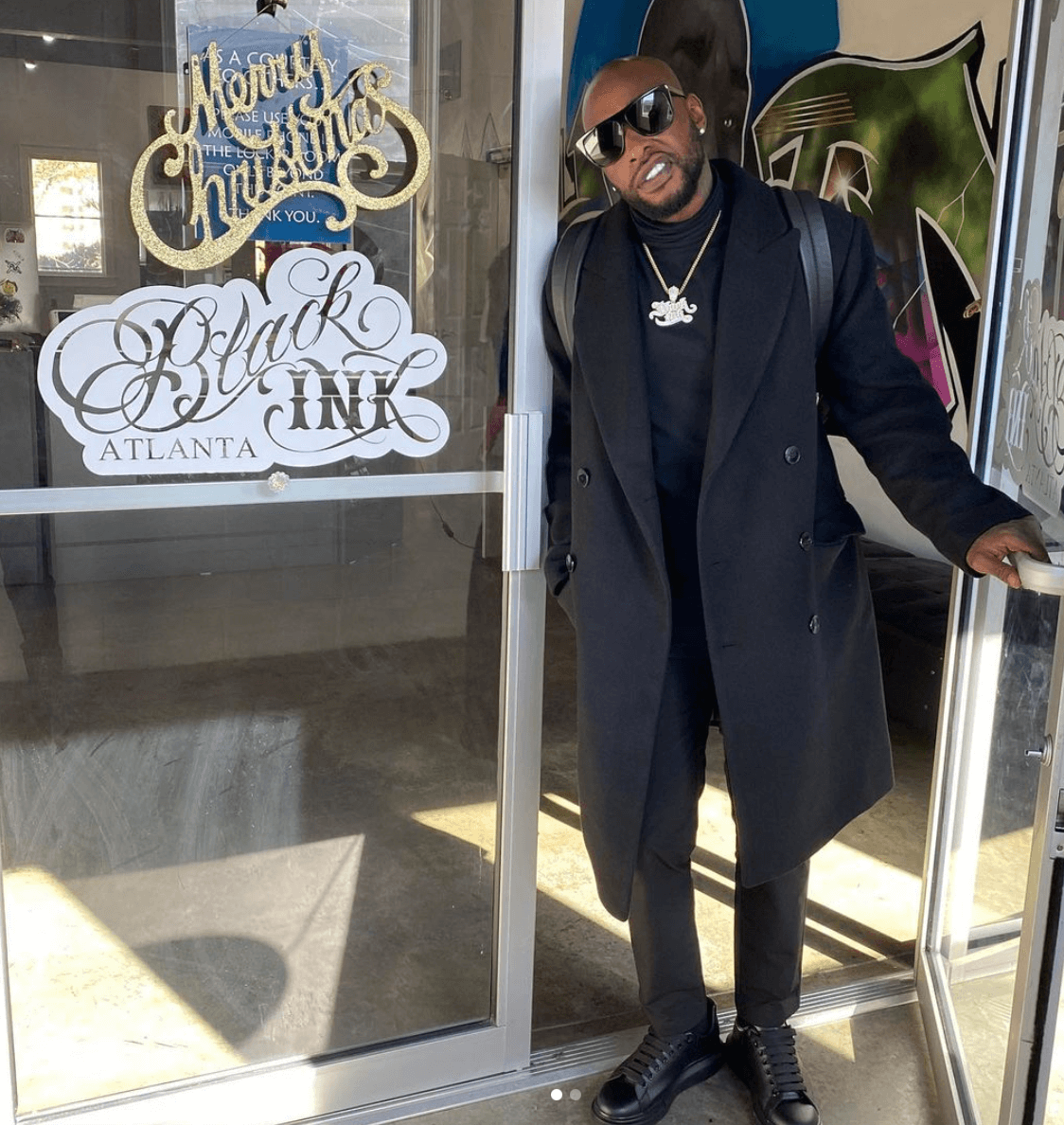