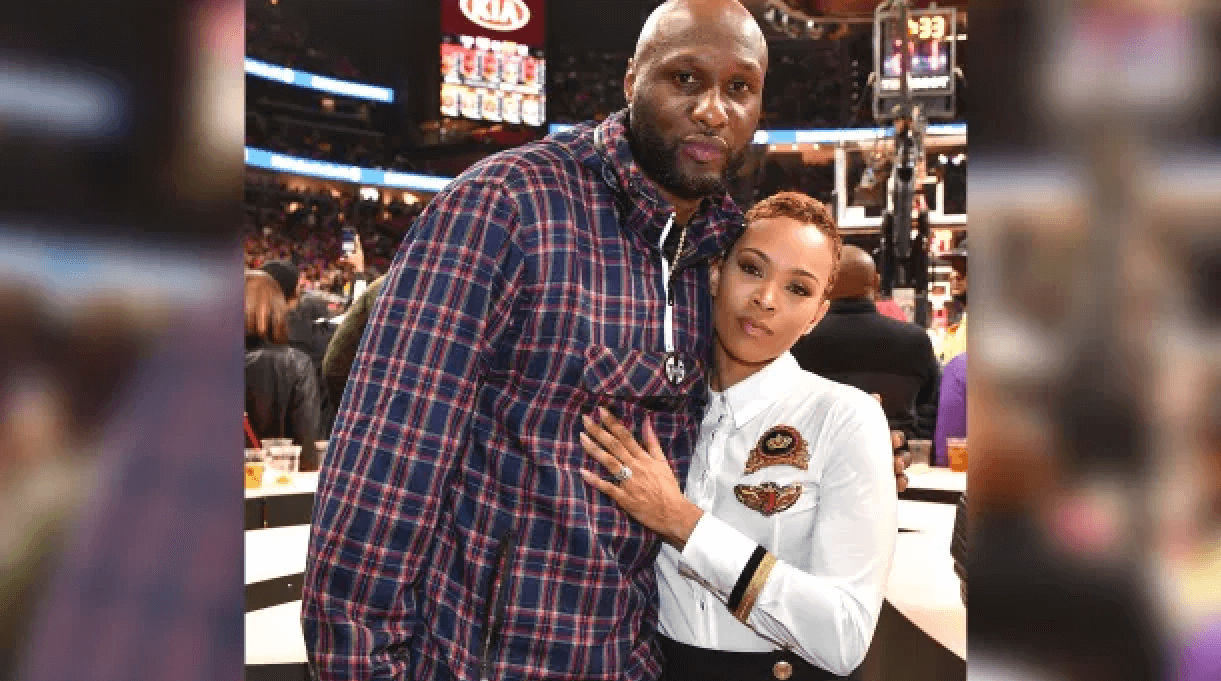 Lamar Odom is alleging that his now ex-fiancee, Sabrina Parr, is holding his social media accounts and his passport hostage, weeks after the couple split.

The former Los Angeles Lakers star shared a video on Instagram on Wednesday, encouraging his fans to follow him on new online platforms, at the urging of his new social media team. 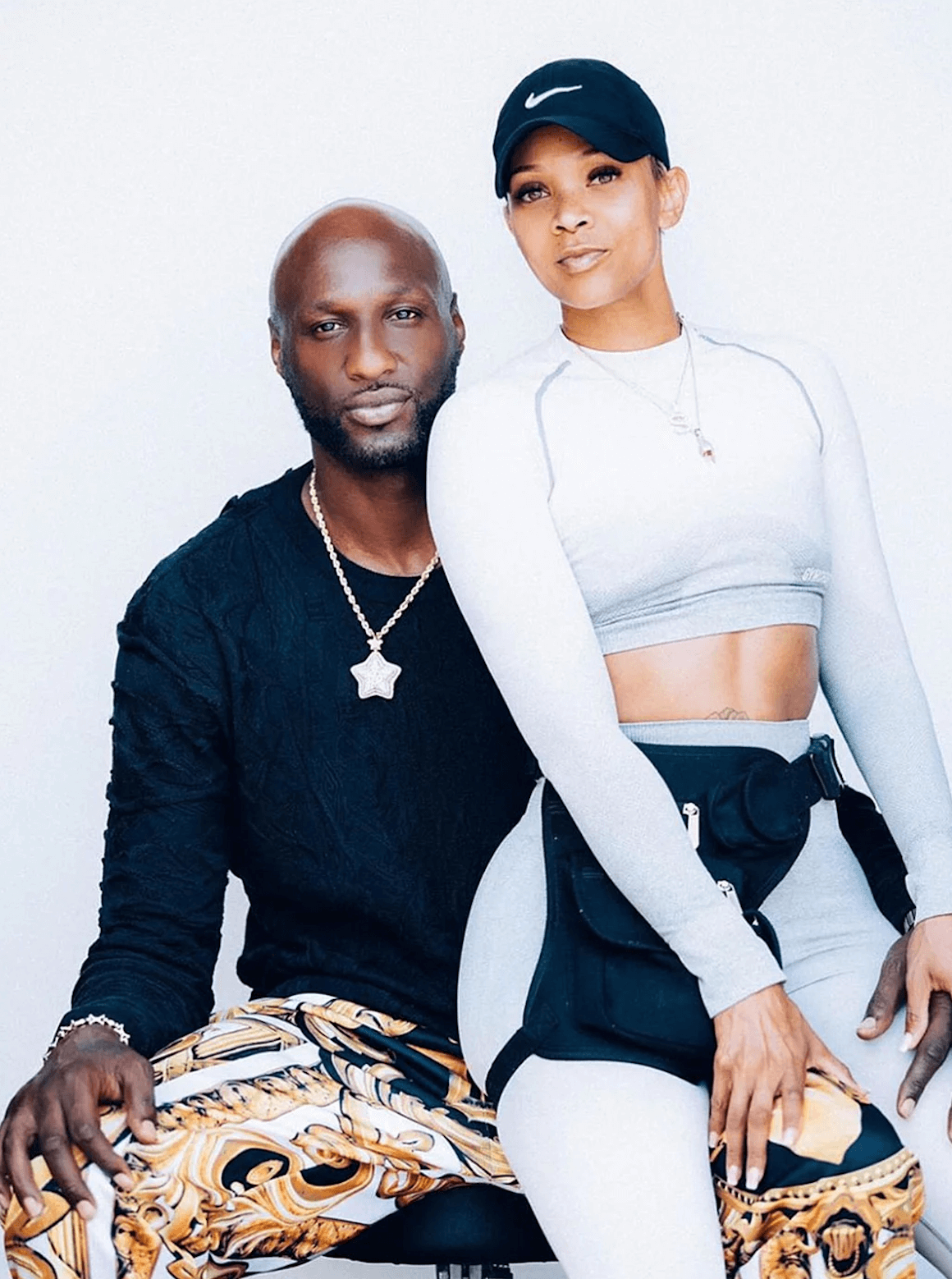 The NBA celeb claimed in the post’s caption that the 33-year-old trainer was refusing to hand over his passwords and passport.

“Unfortunately my social media platforms are being held hostage by my ex and we are working hard to recover my passwords for IG and Twitter~ if any of y’all know someone who can get it reset for me hit my brand managers DM ASAP @savvygirlconsulting,” Lamar told his 720k followers.

It didn’t take long for Sabrina to respond, via a written statement on her Instagram Story.

“I find these accusations from Lamar & whoever he’s working with extremely disappointing. We are no longer together and haven’t been for a while. I’ve chosen to move in silence about the situation & I suggest you do the same,” Sabrina wrote. 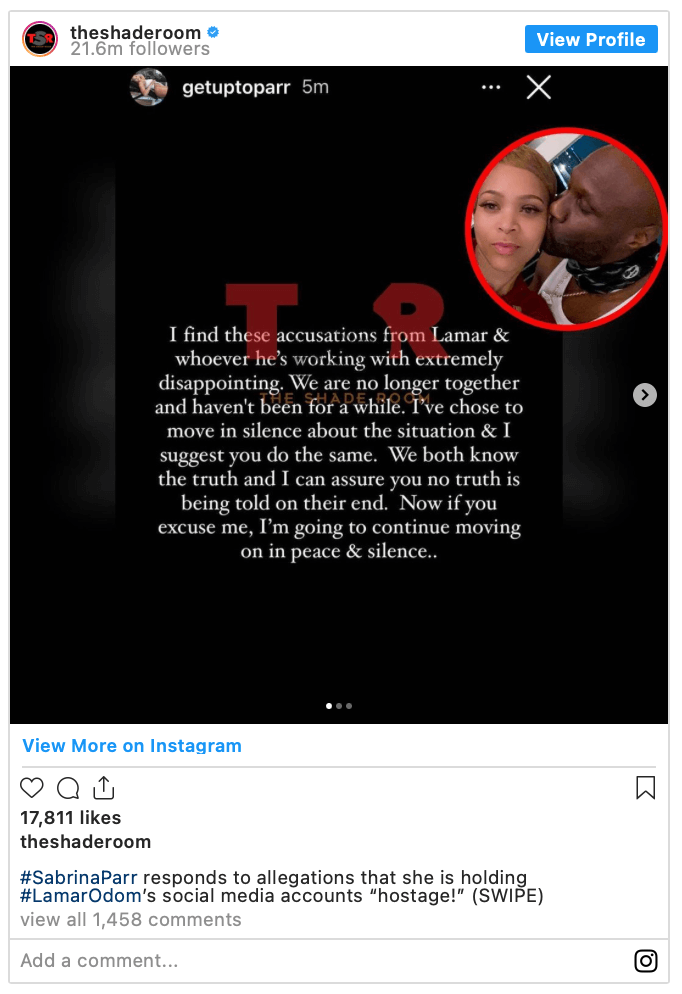 “We both know the truth and I assure you no truth is being told on their end. Now if you excuse me, I’m going to continue moving on in peace & silence,” she added.

“No love lost BabyDoll but it’s over,” Lamar swiftly responded. “AllI ask is that you release my Passport and my Passwords. That’s it. You’ve wronged me in so many ways and I was willing to walk away quietly but I see you want a show. I gave you a global platform. Use it for your good or it will destroy you. All the best [heart emoji]’

Lamar also shared a screenshot of a ‘forgot my password’ screen which he claimed was connected to his ex’s email and phone number. He wrote—“where is the lie? That is my exes phone number and her business email”

Sabrina posted her “receipts”—but Lamar fired back with his own. 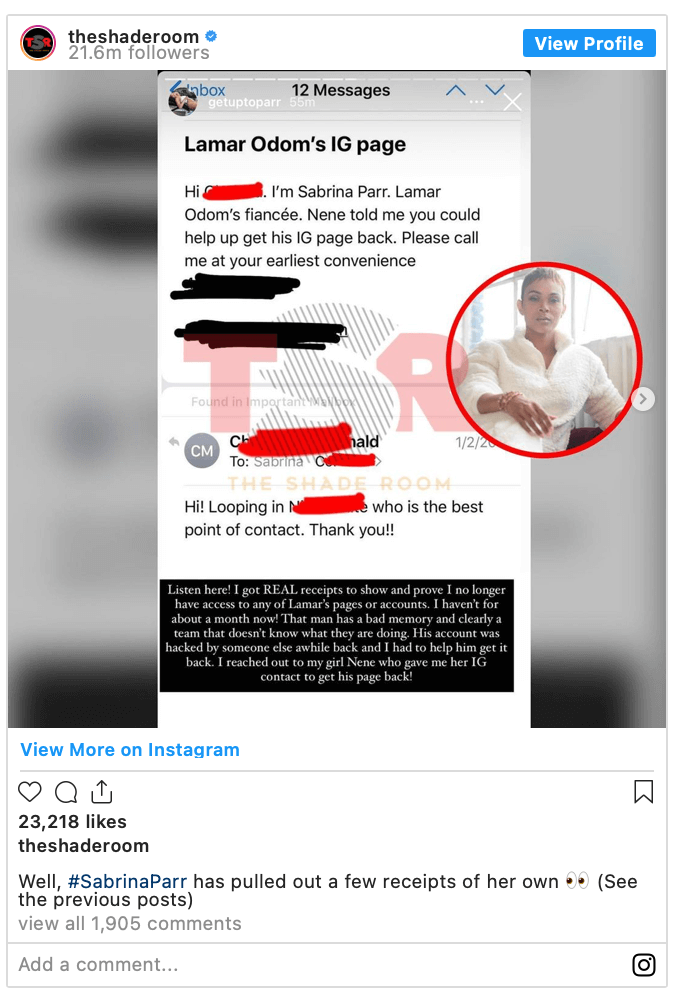 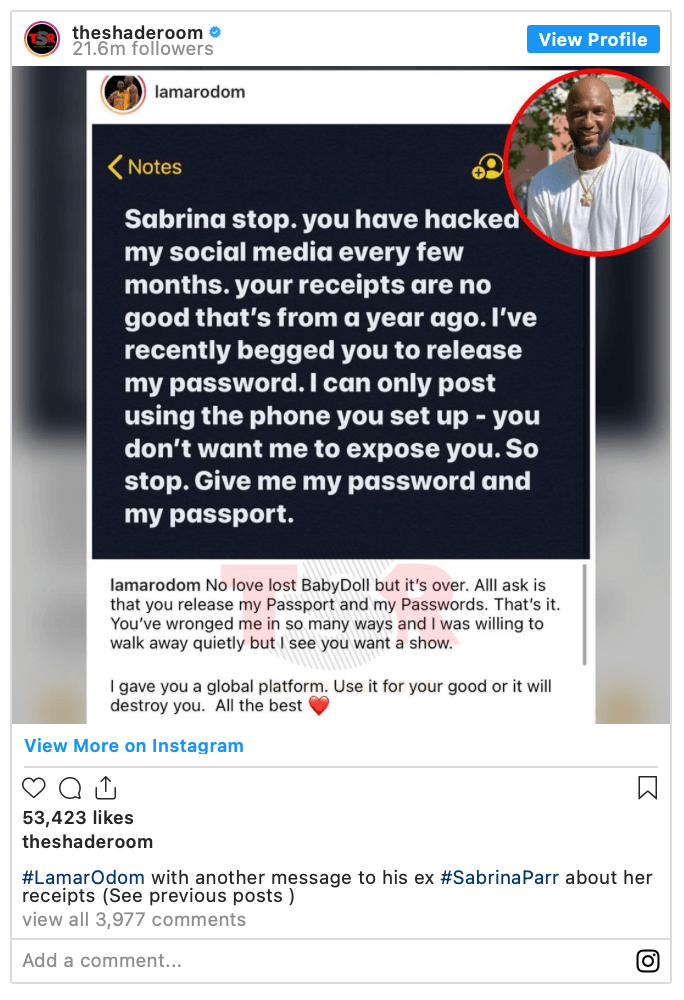 The online drama likely surprised many, as Lamar and Sabrina appeared to have reconciled after splitting in early November. Sabrina announced the duo’s breakup on November 5th, via Instagram, but shifted abruptly within a week, gushing over the anniversary of their November 2019 engagement.

‘As your woman I’m gonna always push you to be great!…When I become your wife, I may push you even more!…I truly know what you can do in this world!…I love you,’ she wrote.

Sabrina shared a snap of herself, her daughter, and Lamar on Thanksgiving— rocking her engagement ring. “So thankful to be surrounded by love on this day,” she captioned the share. The pair seemingly spent the holiday in Sabrina’s native Cleveland, but fans were left confused by the budding family photo. 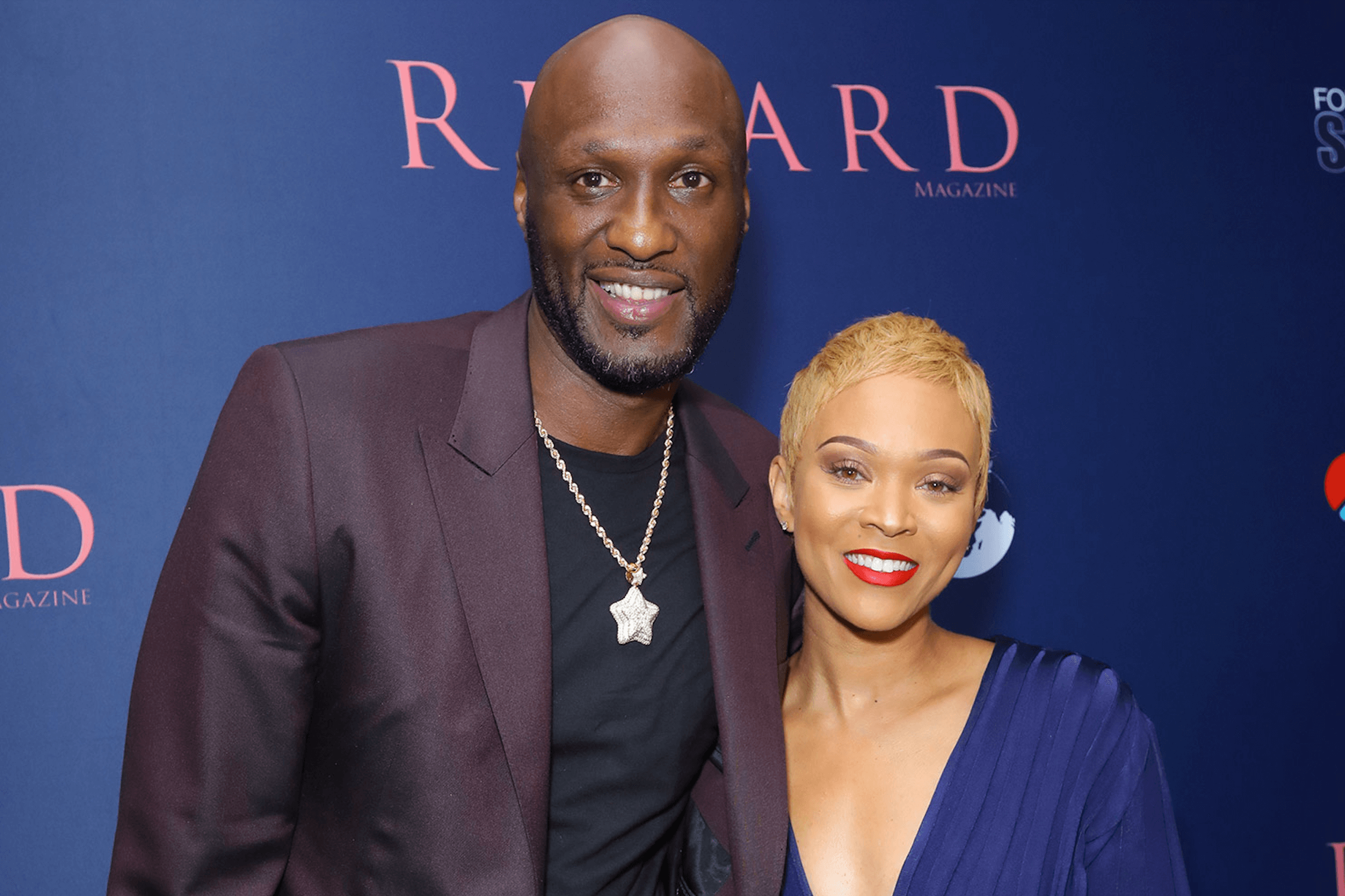 Lamar and Sabrina went public in August 2019 and were engaged three months later.

Keeping Up With the Kardashians fans know that Lamar’s past is tainted by infidelity and addiction and that Khloe Kardashian’s ex-husband overdosed in 2015. He details the ordeal, which included 12 seizures and 6 strokes, in his memoir, “Darkness to Light.”