Welcome back to the third and final installment of the Real Housewives of Potomac reunion. Let’s get started, shall we?

The reunion picks back up where it left off with Monique Samuels and Candiace Dillard-Bassett facing off before Candiace abruptly exits stage left — presumably to go get some more tissues to fold.

After a pep talk from her husband and getting her makeup touched up, Candiace finally makes her way back to the reunion.

When Andy asks why she waited to press charges and whether or not it was done out of spite, Candiace says that she “reluctantly” filed charges only after Monique started to paint a false narrative of the events.

Andy asks the other ladies if they thought Candiace seeking legal action went too far and both of the green-eyed-bandits agreed that they thought it did. “Legal action never crossed my mind,” Robyn Dixon admits. Gizelle Bryant, however, thought that maybe if legal action was necessary it should be more of an ankle monitor type thing or community service as opposed to hard-time in jail. 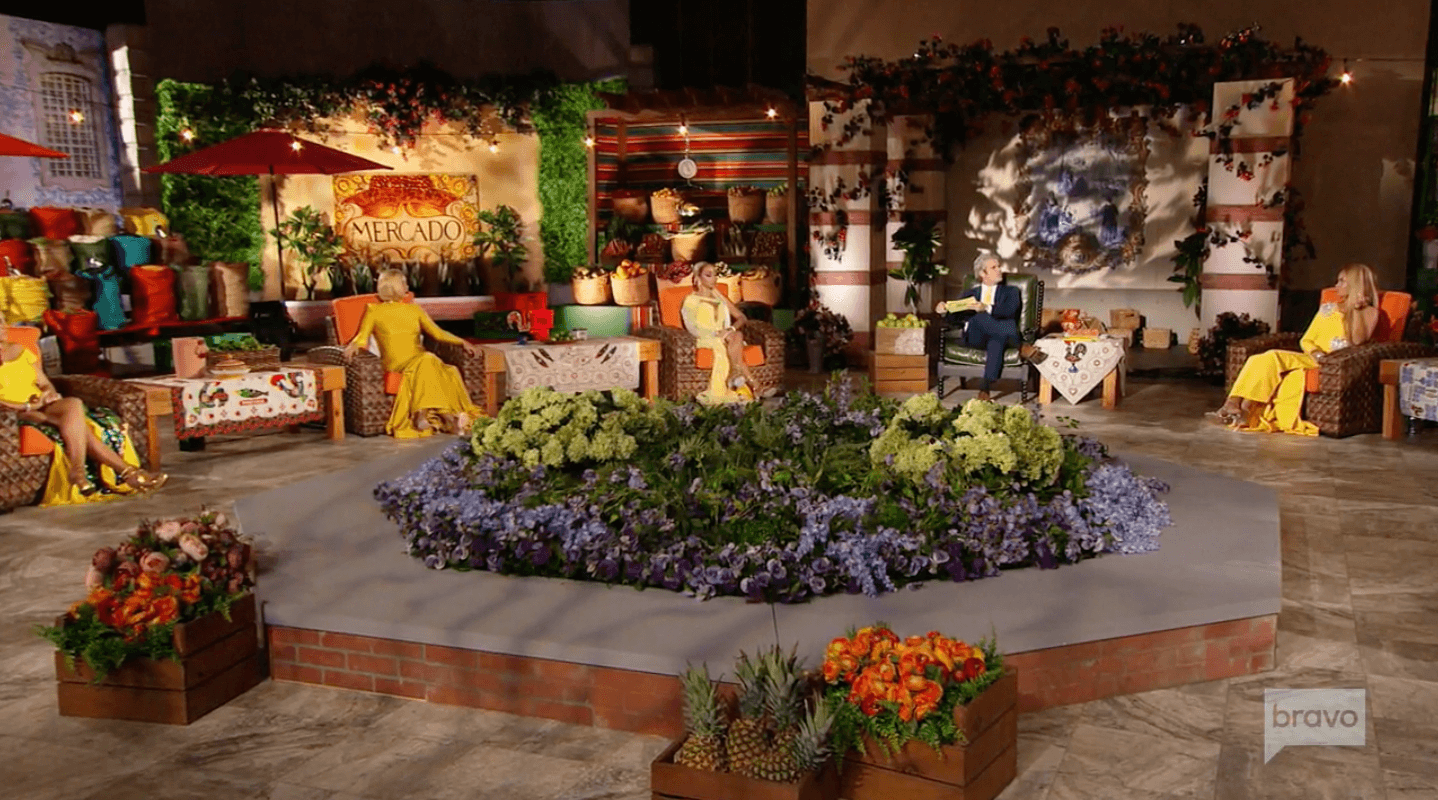 When Andy asks why Monique countersued Candiace, Monique said that she simply took her attorney’s advice. She also said that Candiace’s attorney just wanted money and planned to sue the Samuels for millions.

Andy then turns to Ashley Darby and thrusts her into the hot seat when he asks her if it was an easy decision to make when she offered up a legal statement against Candiace on behalf of Monique. Ashley answers without hesitation, “Considering what was hanging in the balance for Monique, yes.”

Monique finally takes the floor and addresses why she was so triggered by Candiace putting her finger in her face. According to Monique, after a lot of work with her therapist, she realized that it all stems from childhood when her father would put his finger in her face as a way of “checking her.” Shen then turns to Candiace and apologizes for putting her hands on her and takes full responsibility for what she did and the hurt it caused her. “That fight wasn’t about you. Nothing that you said or did in that moment warranted the response that you’ve received. I offer you my apology. I’m sorry for the pain that you’re still going through and the fact that you still haven’t healed from it and I hope you’re able to heal from it and move forward,” Monique says.

Candiace says that while she can appreciate childhood trauma, she still has a hard time receiving an apology because it’s been more than a year since the altercation took place and during that time so much else has happened, including Monique coming out with her new song, “Drag Queens.” 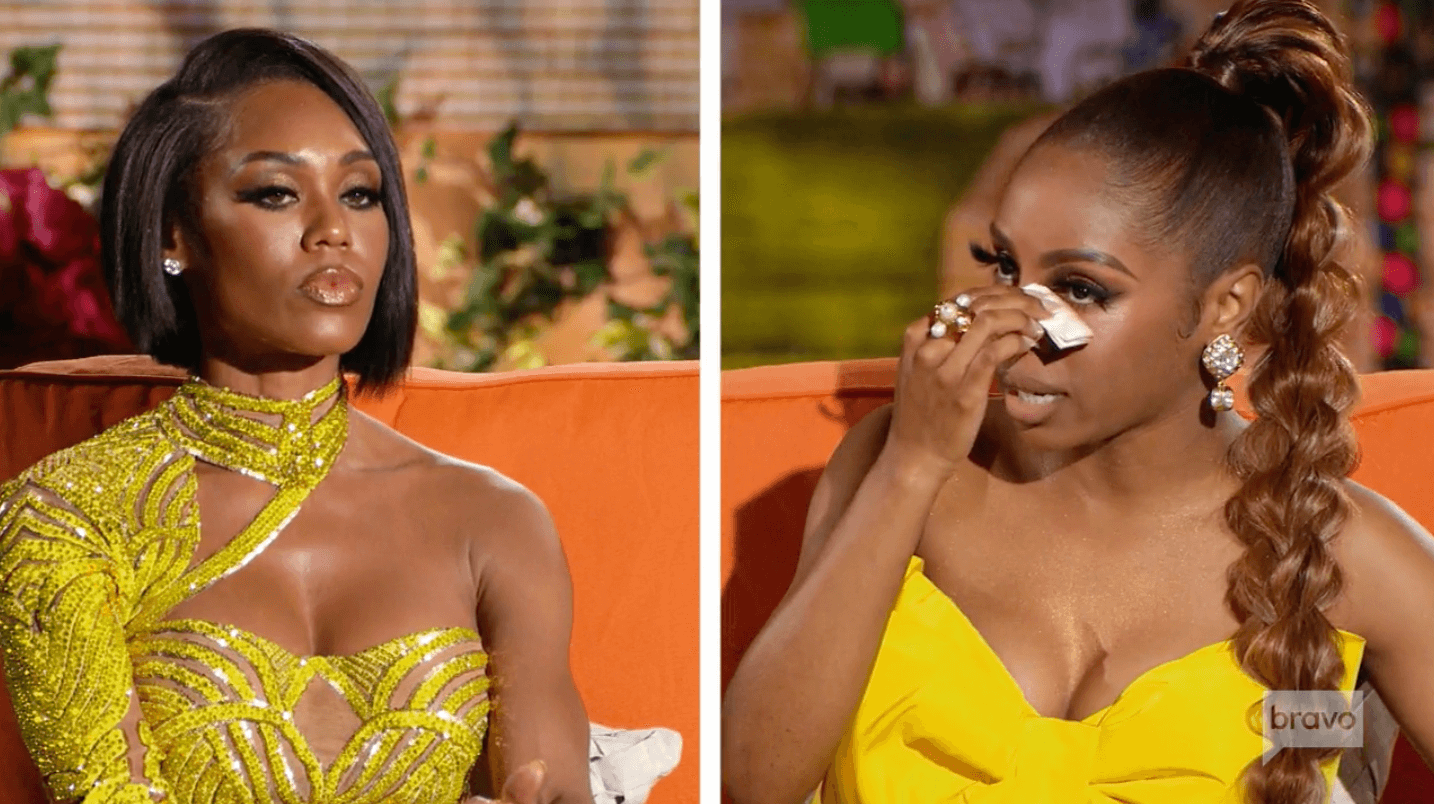 But Monique says that the song was actually her therapist’s idea. As it turns out, her therapist first suggested that Monique write Candiace a letter but Monique said she couldn’t do that. She did, however, used to write songs before she had her kids, so she opted to write a song instead. According to Monique, the song ended up being more about standing up to bullies and not really about Candiace.

Andy reads a comment by a viewer that Candiace “got dragged because she was running her mouth.” He then asks her if she can take some accountability for how provoking she can be. Candiace admits that she takes accountability for the things she said and being a smart-a** but that nothing she did warranted Monique’s response.

Andy quickly switches gears to Karen Huger and what some of the ladies perceive as her riding the fence when it comes to the wine barn brawl between Monique and Candiace. Monique, however, is adamant that she and Karen had many conversations off-camera, in which Karen did not let her slide regarding her behavior.

Andy asks about the comment that Karen made when she insinuated that there was something medically wrong with Monique. Karen copped to misspeaking in that moment and clarified that she is indeed NOT a doctor. Karen did double down, though, when she said that she felt that the actions during the fight were very much done simultaneously between both women, not just Monique. 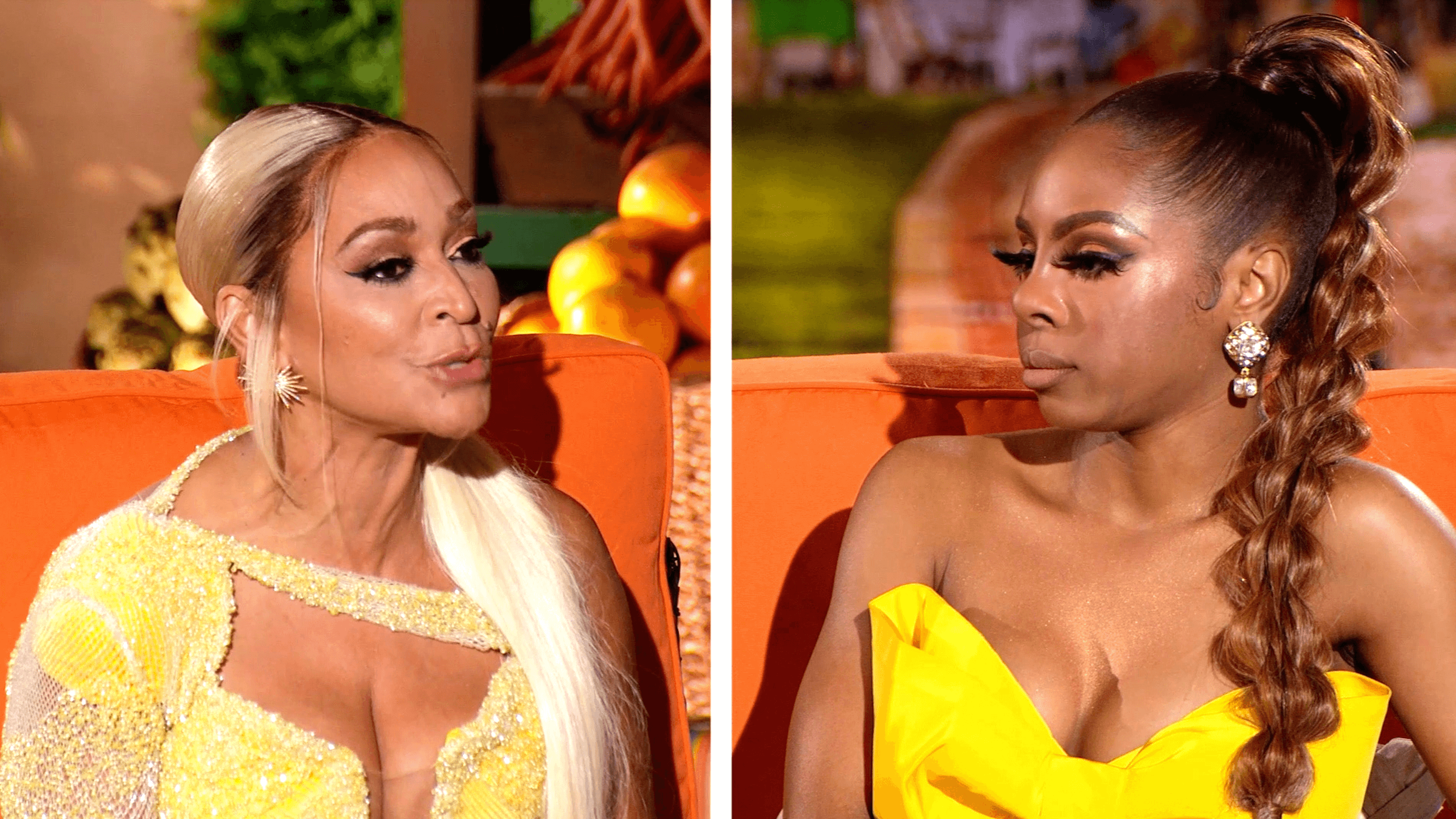 We then learn that Candiace fired off a personal text at Karen for what she describes as “her disdain” for Karen continuously not holding Monique accountable for her actions. Candiace confronts Karen as to why Karen then alerted Bravo of the text. According to Candiace, this was all an attempt for their bosses to reprimand her. But Karen quickly shoots back that the text told her to “burn in eternal hell.” YIKES. Karen, however, is adamant that she only alerted Bravo in an effort to get Candiace some much-needed help.

Karen and Candiace eventually reach an impasse just in time for the house husbands to enter the room. As one can imagine, the temperature in the room immediately goes up several degrees when the husbands come out for their segment. Buckle up kids, it’s gonna be a bumpy ride.

Chris Samuels immediately comes out hot, ready for a fight. “Has anyone owned this plot on my child?” he asks Monique upon sitting down. When Andy attempts to break the ice and ask Chris Samuels if he’s seen the new documentary about Michael Jordan, Chris Samuels responds that he has not because he “was too busy watching filthy lies be spread about my wife.” He then continues that “if we don’t get to owning up to this, there’s gonna be some real mess told up on this stage today.” YIKES. 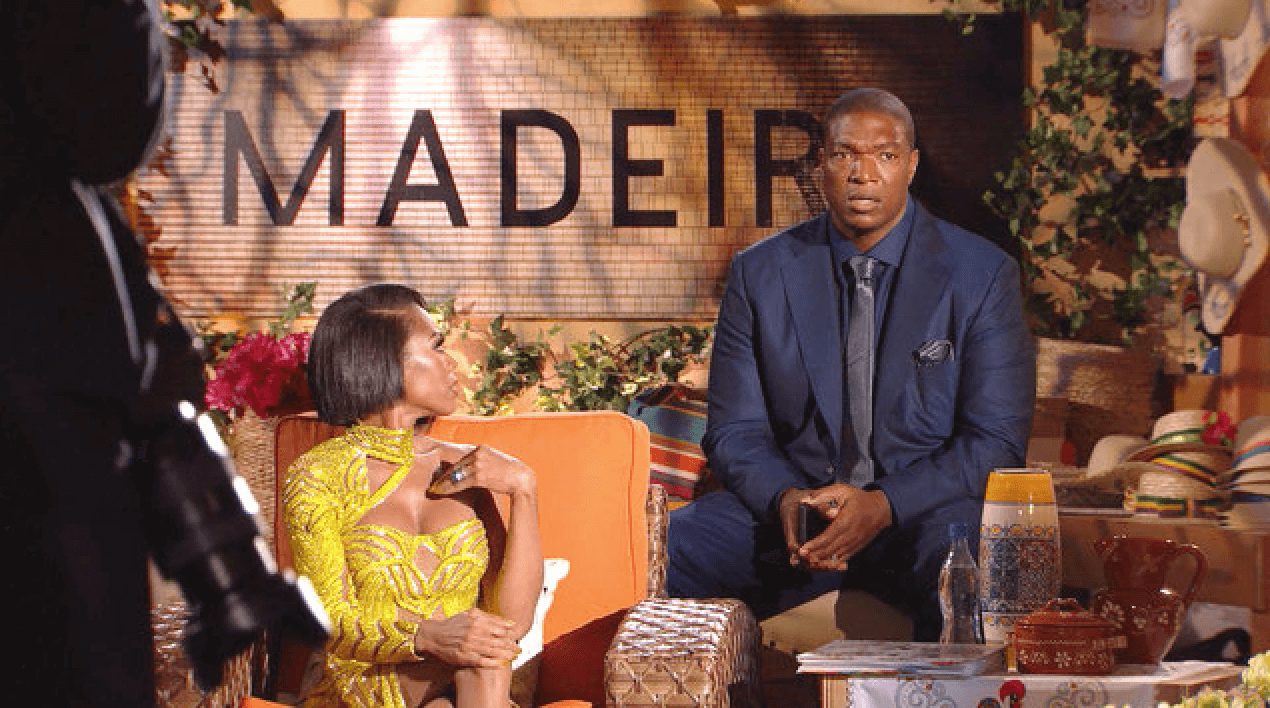 Andy immediately addresses the elephant in the room — that is Gizelle’s tiny, lone security guard meant to fend off the literal giant that is Chris Samuels. Cue the footage of an Instagram live in which Chris Samuels refers to the ladies that plotted against his family and even says that he wishes he could turn into [Caitlyn Jenner] and slap the sh*t out of them. Chris Samuels immediately apologizes for what he said and says that he was embarrassed by his comments but that he was just so angry at the time due to the plot against his child.

The exchange gets heated when Chris Bassett accuses Chris Samuels of supporting a blogger that went after his children. Chris Samuels stands up in a moment of frustration and Gizelle immediately yells out to her security to have Chris Samuels sit down. LOL, okay Gizelle.

In a rare moment, Candiace cops to the plot stating that she met Robyn and Gizelle for dinner after Andy’s baby shower and that the rumor came up but that Candiace immediately dismissed it, telling the other ladies that sounded stupid because their baby looks just like Chris Samuels. She then says that the reason she never told Monique is because they hear rumors about each other all of the time, but she knew it wasn’t going anywhere so she simply wasn’t concerned about it. She then admits that Gizelle is indeed “gossipy and messy.” Ding, ding ding!!! 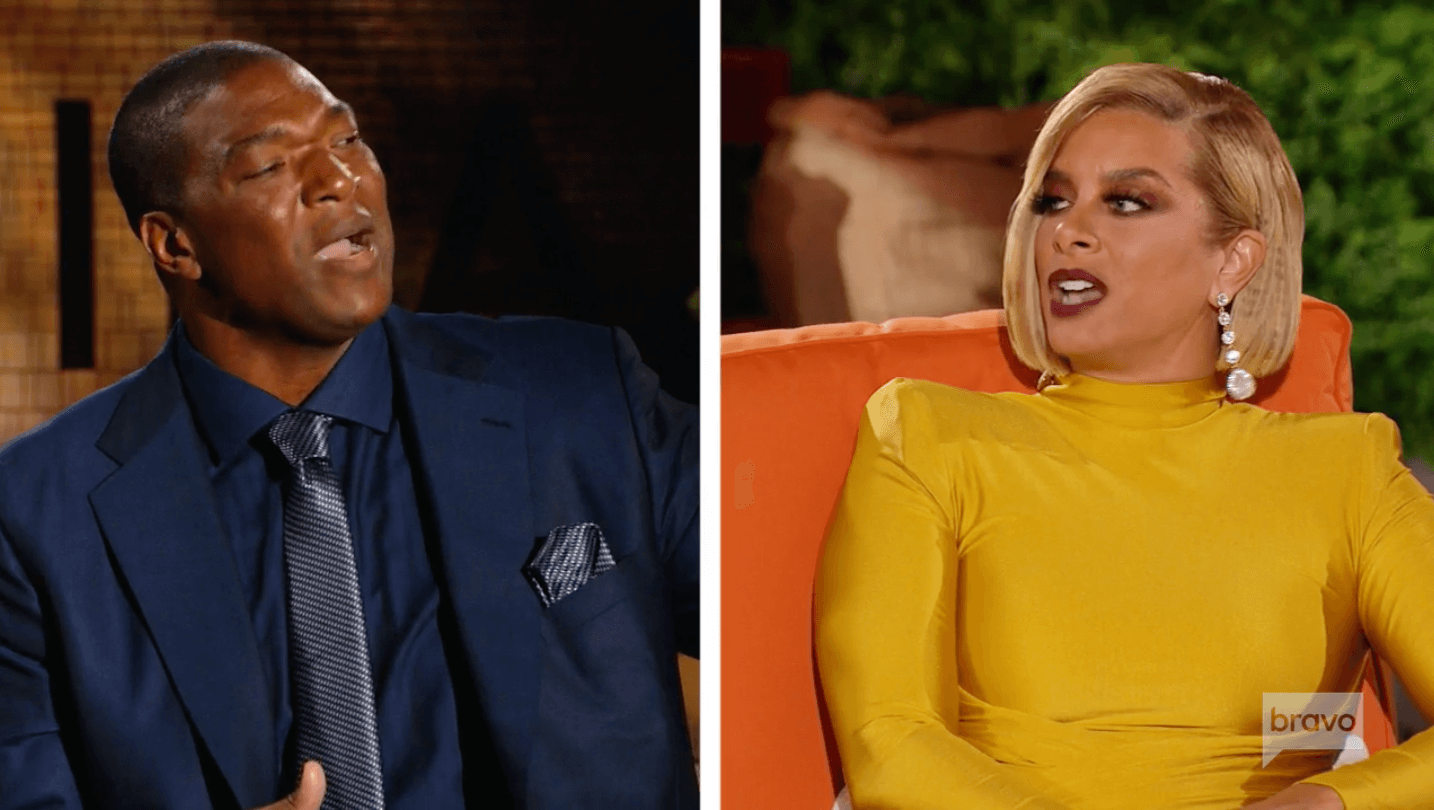 The rest of the ladies and Andy keep harking back to the fact that their son’s paternity was never brought up on the show but both Monique and Chris Samuels are quick to respond, that it was brought up but “never aired.” Chris Samuels then says he just has one more question and then he’ll “let the mouse go” a la Sutton Stracke from RHOBH. He asks both Candiace and Robyn if they ever brought it up on camera and they both emphatically respond “no.” He then turns to Gizelle and asks her and she sits in silence for what feels like five minutes before she says, “Don’t f*cking talk to me.” Oh my lanta.

Gizelle then spins into this long-winded tale about how Monique and Chris Samuels brought it up when Chris Samuels very pointedly asked her on-camera if the baby looked like him. She says that after that she simply thought it was part of their storyline. Sure, Jan. 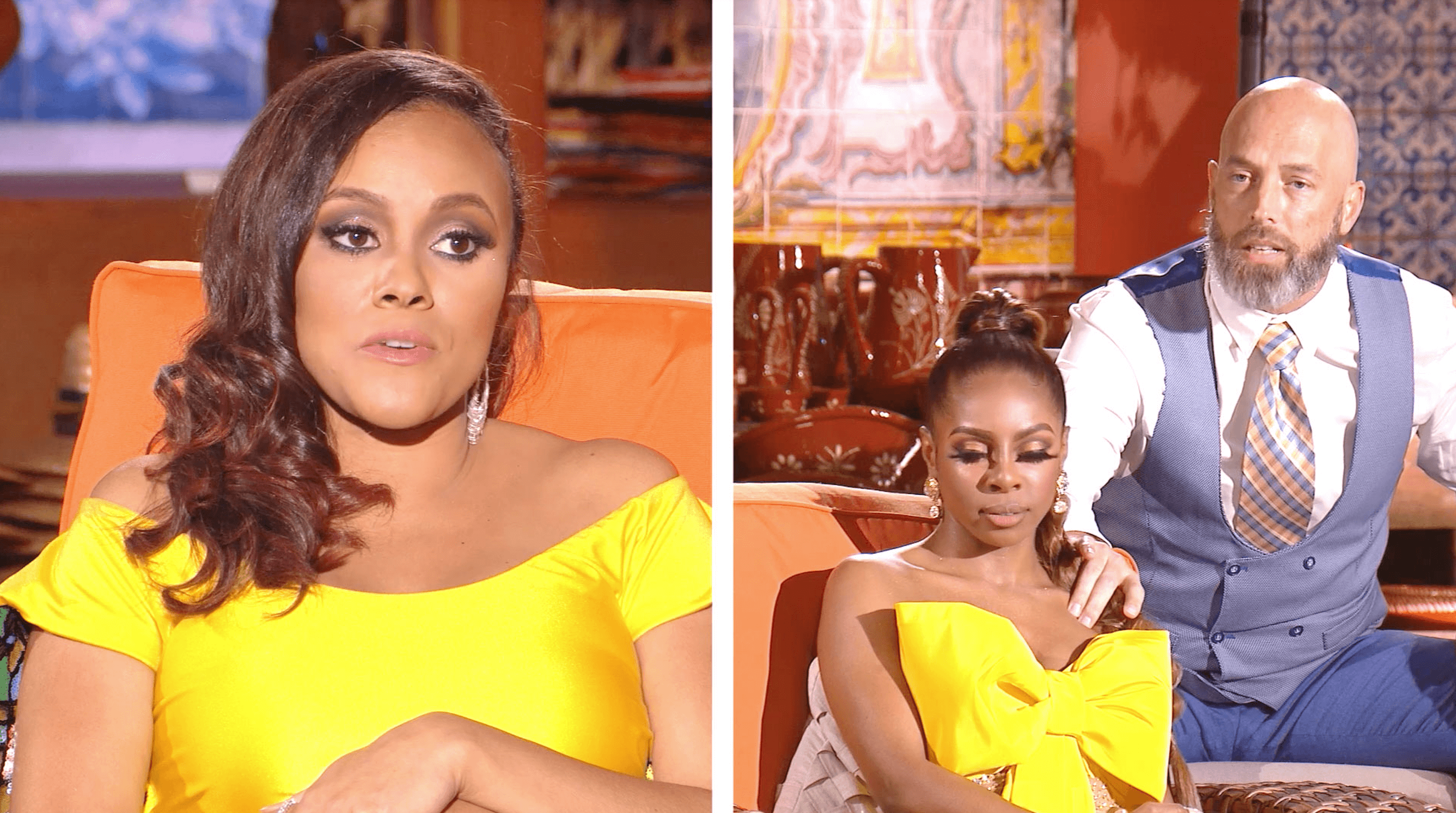 Chris Bassett rather concisely sums up exactly why Michael is so off-putting. “I don’t tolerate disrespecting women.” He also says that Michael has a tendency of getting in the middle of the ladies’ arguments. Chris explained that if he had a problem with Michael, he would have opted to discuss it at a later time when it was just the two of them. “Not at someone else’s party, and not if I’d been drinking,” he said.

Andy asks the Chrises if their wives will ever be able to mend their friendship and it appears the two men remain hopeful that they can. Time will tell, I suppose. Regarding Gizelle, Chris Samuels signs off and exits the reunion by telling her that “I release you from it, and I forgive you. Hurt people hurt people, go get some help. I’m out.” AND THAT’S A WRAP.