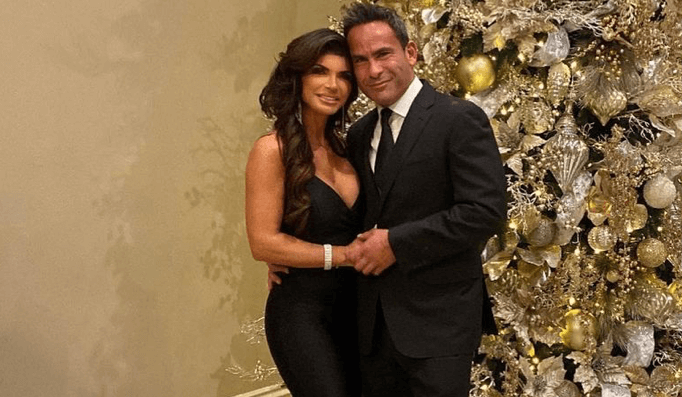 Teresa Giudice has gone Instagram official with her new boyfriend, Luis “Louie” Ruelas. The Real Housewives of New Jersey star has taken her romance to the next level, posting a cozy couple flick on Instagram, on Tuesday.

“❣️The BEST thing that came out of 2020 ❣️” Teresa captioned the romantic snap.

Teresa’s fellow “Housewives” chimed in with messages of support.

“You deserve all the happiness and love,” Margaret Josephs wrote.

“So happy for you,” added Jennifer Aydin.

A source told People in November that the RHONJ star was seeing the businessman, who is the co-founder and EVP of Business Development at Digital Media Solutions, located in Clearwater, Florida.

“She is very happy, but taking things very slow,” a source said.

As reported—Louie is reportedly pondering popping the question — and a source close to the situation told The Sun that the businessman tends to be impulsive.

TMZ reported that the pair connected at the Jersey shore a few months ago and that Louie had met Teresa’s four daughters. Teresa shares four girls —  Gia, 19, Gabriella, 16, Milania, 15, and Audriana, 11, with ex-husband, Joe Giudice. The former RHONJ dad was deported to his native Italy after serving a federal prison sentence for multiple counts of fraud.

Teresa and Joe split in December 2019 and their divorce was finalized in September, after 20 years of marriage.

Teresa revealed her new love interest via Instagram, while the couple was at a football game. “Excited to reveal my new boyfriend,” the reality star wrote.

Teresa and Louie were spotted in New York City earlier this month, sharing a smooch on the sidewalk, after dining at 230 Fifth Rooftop Bar. The lovebirds have been dating for about three months.

Teresa was wearing a black coat, dark pants, and dark pink boots. She was seen holding hands with Louie before the pair ditched their colorful face masks for the kiss.

Teresa spoke about what she hoped for in a new relationship, during the Real Housewives of New Jersey reunion series, last March.

“I never remember laughing with Joe. I don’t,” the reality star told Andy Cohen. “I want someone to talk so sweet to me and be gentle. I want to be beautiful to him. I’m just so done with the whole Italian tough guy. I’m tired of that, I want something different.”