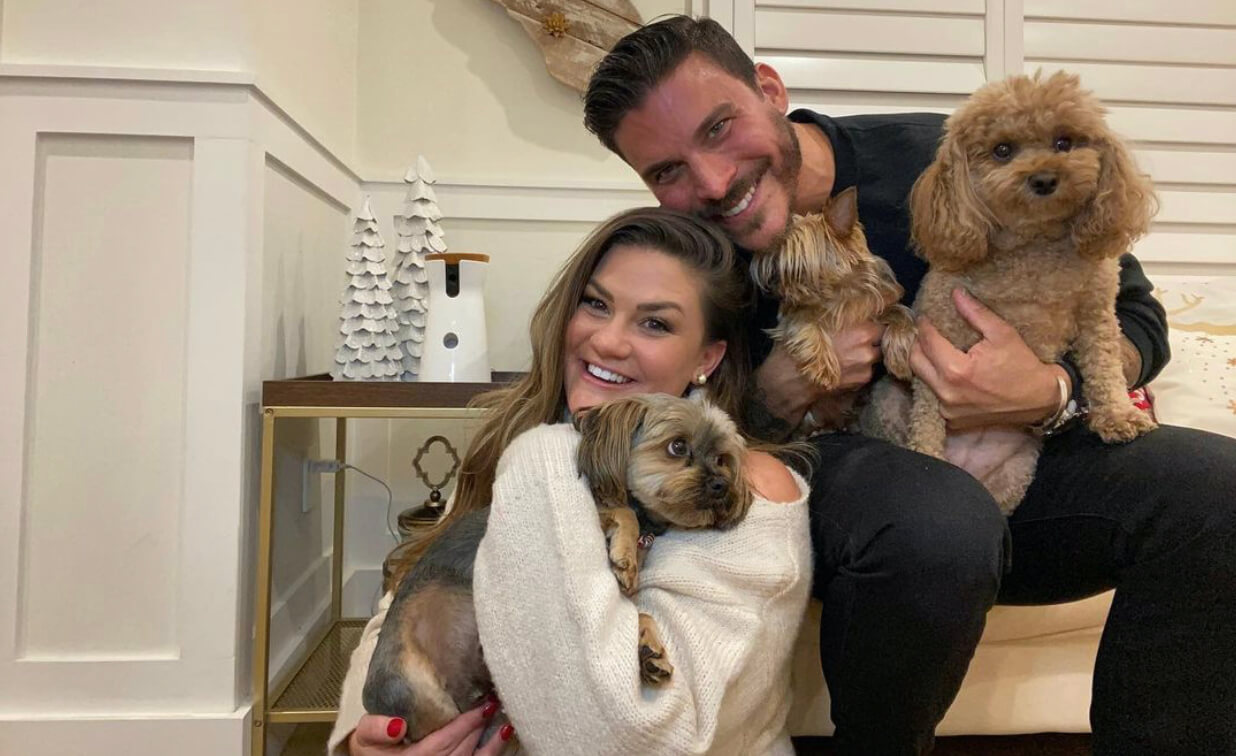 Jax Taylor and Brittany Cartwright are reportedly in production on a new show after announcing their exits from Bravo series, Vanderpump Rules. Season 9 of the reality show remains a question mark after the dismissal of several cast members and the closures of Los Angeles restaurants, due to Covid-19 restrictions.

Jax and Brittany are expecting their first baby, and some believe that the duo is cashing in on their impending arrival by participating in a “pregnant couples” series. 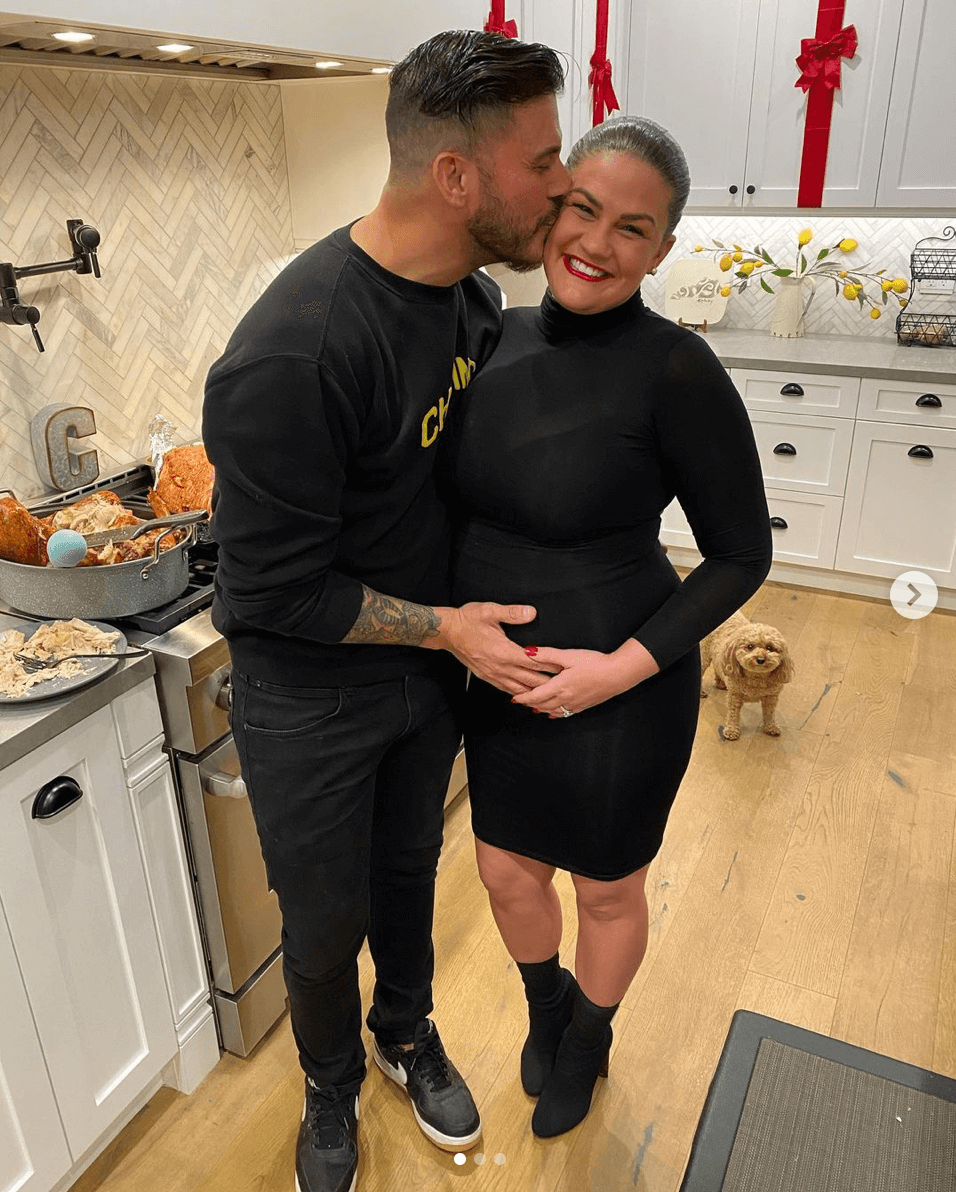 “Jax and Brittany are planning to get their own show based on their new phase of life becoming parents,” a source told E! News on Thursday, December 10. “They have started to film ideas and are pitching it right now. We will definitely be seeing them return. Many people are interested in this new journey and they are very excited to share.”

The couple confirmed their Bravo departures last week, and the insider shared that the reality stars are very excited about becoming new parents.

“They have some projects they are working on that allow them to share their own lives without Bravo’s limitations,” the source revealed.

“The last 8 years on Vanderpump Rules have been some of the most challenging, rewarding, and fulfilling years of my life,” Jax shared on Instagram, announcing his exit. “Although this is difficult to share, Brittany and I will not be returning for another season of Vanderpump Rules. We are excited to take this time to focus on our growing family and share with you our new endeavors.” 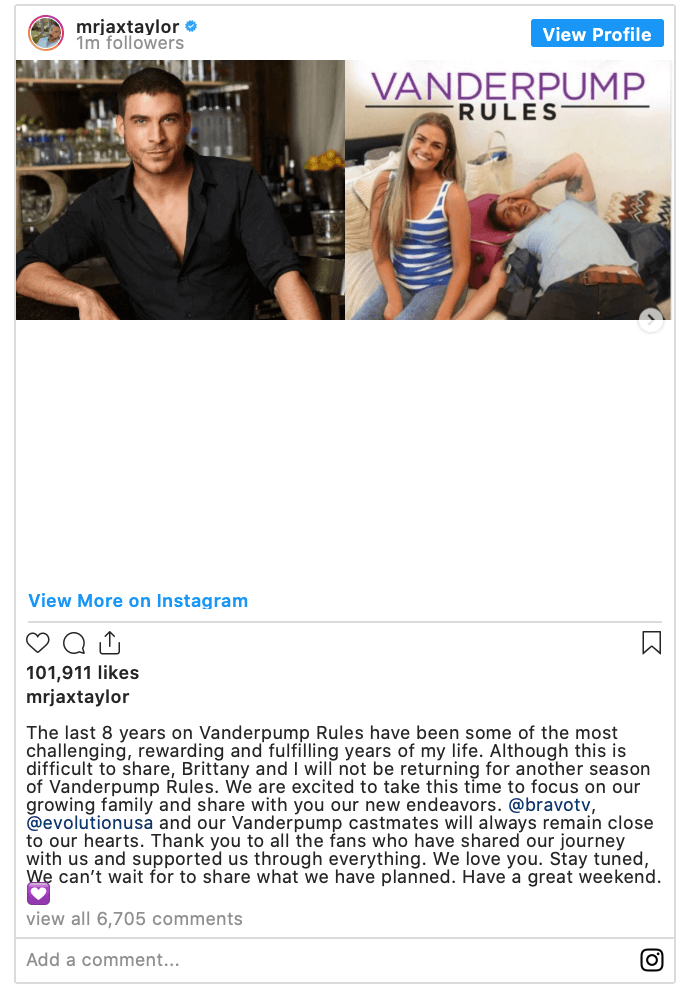 Jax hinted in a November interview that he would love to work on a series with Stassi Schroeder, Beau Clark, Lala Kent, and Randall Emmett, who are also expecting their first children.

“Stay tuned!” Jax teased, when an Instagram follower nudged him to “start a new show with all the pregnant couples.”

Los Angeles Covid-19 restrictions have closed SUR Restaurant and Lisa Vanderpump‘s other establishments, including PUMP and TomTom, landing  the future of Pump Rules in limbo. 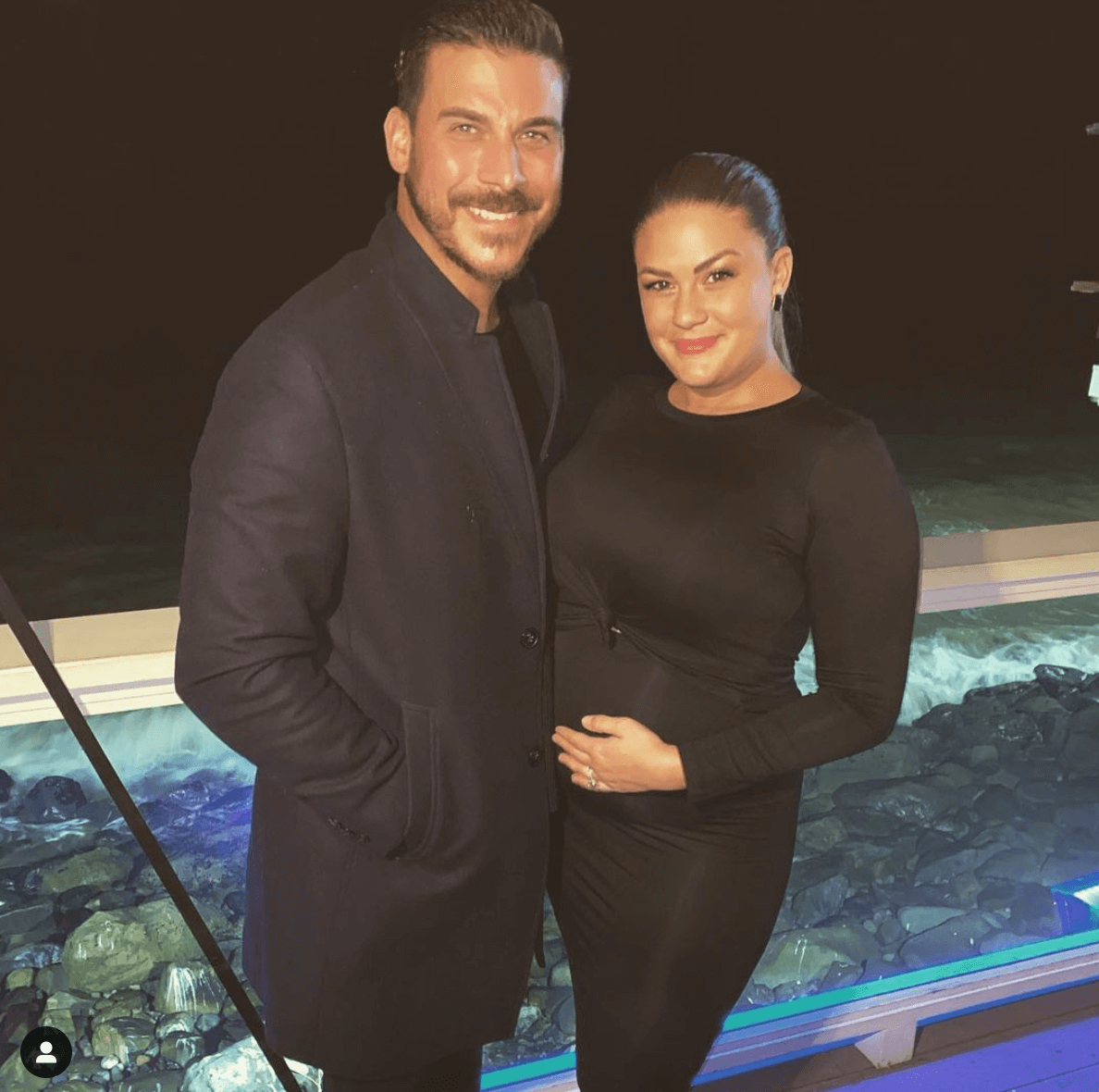 “Have you seen a run on a — specifically Jax — like, Jax created so much story, drama, conversation in his eight years on that show. That’s quite a run that he had,” Cohen said on ‘Radio Andy’. “He will go down as one of the biggest, you know, reality stars in their moment, don’t you think? That was an incredible run that they had.”

Cohen noted that Jax took it “like a man” when he appeared on Watch What Happens Live, due to constantly being “in the middle of some sh**.”

“He would come on Watch What Happens Live and he would be, like, ‘How mean are you going to be to me today?’ And I would be like, ‘It’s bad.’ There was always stuff that we were confronting him about and he took it,” the chat show host added.

Vanderpump Rules is expected to return after the reopening of Los Angeles restaurants.