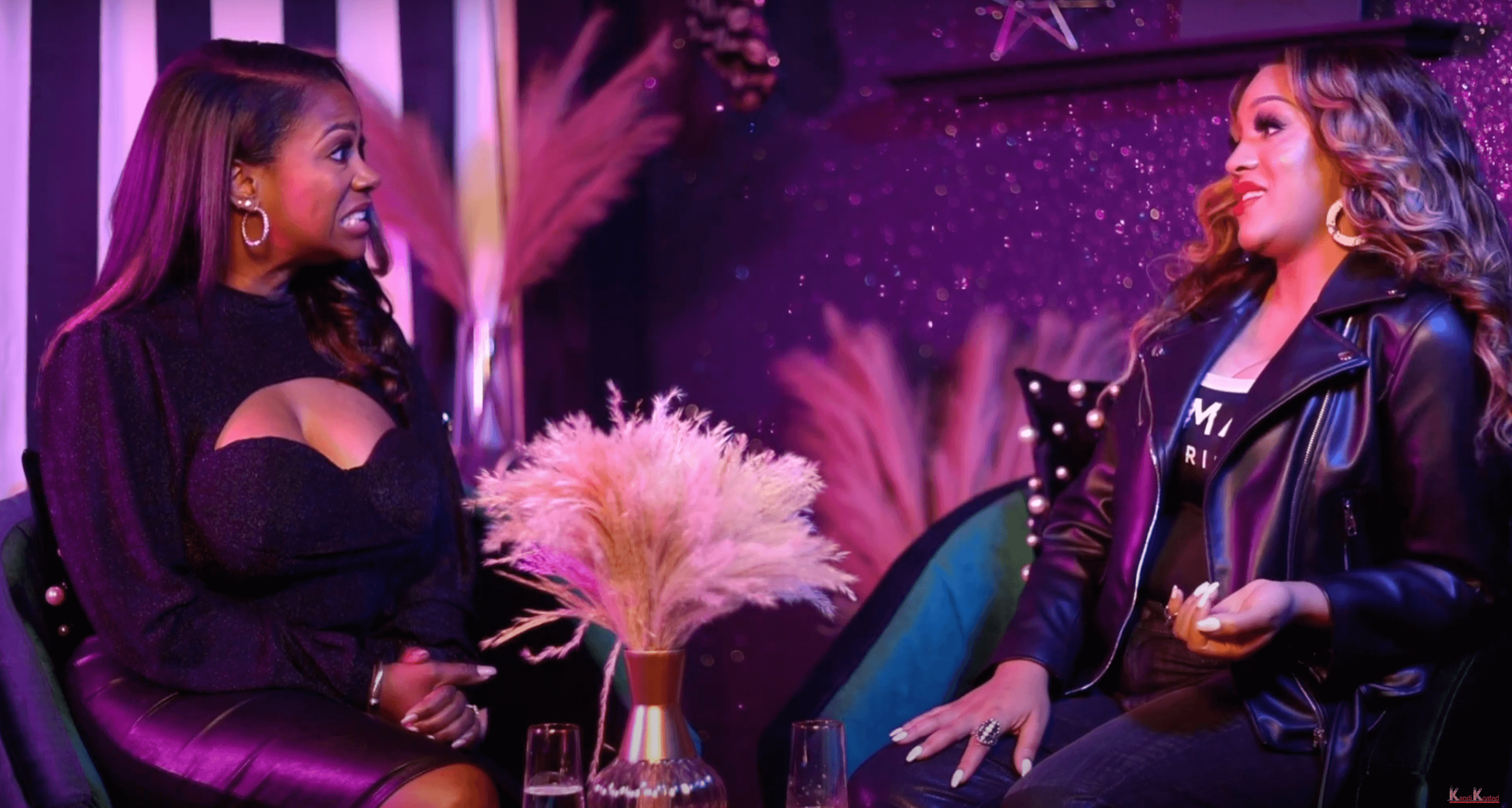 Drew Sidora just dropped a surprising bomb on her fans when she revealed that Nicki Minaj once shaded her about her weight.

The new Real Housewives of Atlanta star recently appeared on castmate Kandi Burruss‘s YouTube show, Speak On It, and talked about being one of the newest Housewives and putting herself in position to get back to work.

During the chat, Drew talked about how she took a break from work to cater to her husband and family, but soon began losing herself. She decided to pull herself out of what was becoming a depression, went to therapy, and is now doing the work to get back on track.

“I’ve been rehabbing my Achilles to get myself back into a position to work again,” Drew said to Kandi of what she’s working on outside of RHOA. “Outside of that, just losing weight,” Drew added before revealing that she was body-shamed during an audtion a few years back.

“TV and film adds a good fifteen pounds. And I have gone in for roles and I have been told, ‘Girl, you don’t look how you looked in TLC.’ I’m like…,” Drew shared.

As Kandi was in shock that someone actually said that to Drew, ‘The Game’ actress looked off-camera to ask someone if she could elaborate on the story. Once she got the greenlight, she spilled tea, revealing that Nicki Minaj was the culprit.

“So, I was up for an ABC family series, a Nicki Minaj pilot,” Drew began. “And Nicki herself said that. She said I don’t look how I looked when I played T-Boz. I was like, ‘Nicki!’ It was like, all these ABC execs around but I had gone through about five rounds. And she really, really liked me. This was in person. And then she said that in front of all of these executives. It is was it is. I was like, look, I just had a baby.'”

Drew didn’t get the part.

The mom-of-three told Kandi that she took Nicki‘s criticism as a wake-up call to get her shit together. “Girl, get your life together, get back in the gym. You can’t keep blaming it on the baby, and get to work,” Drew said. “I took the constructive criticism as some real, you know, advice.”

Though Drew took Nicki‘s harsh critique as constructive criticism, she emphasized the importance of not body-shaming women, especially new moms. “‘Yeah, I don’t look how I looked. Yes, I had a baby.’ Let’s not body shame,'” Drew said to Kandi. “But it did give me that energy I needed to put into my health.”

Drew continued, “I turned it into lemonade like let’s get in the gym and really get my career back. I’ve been on a journey of weight loss and just getting back to good health.”

Watch the scene below!

Drew noted that she doesn’t have any hard feelings toward Nicki Minaj or about the incident.