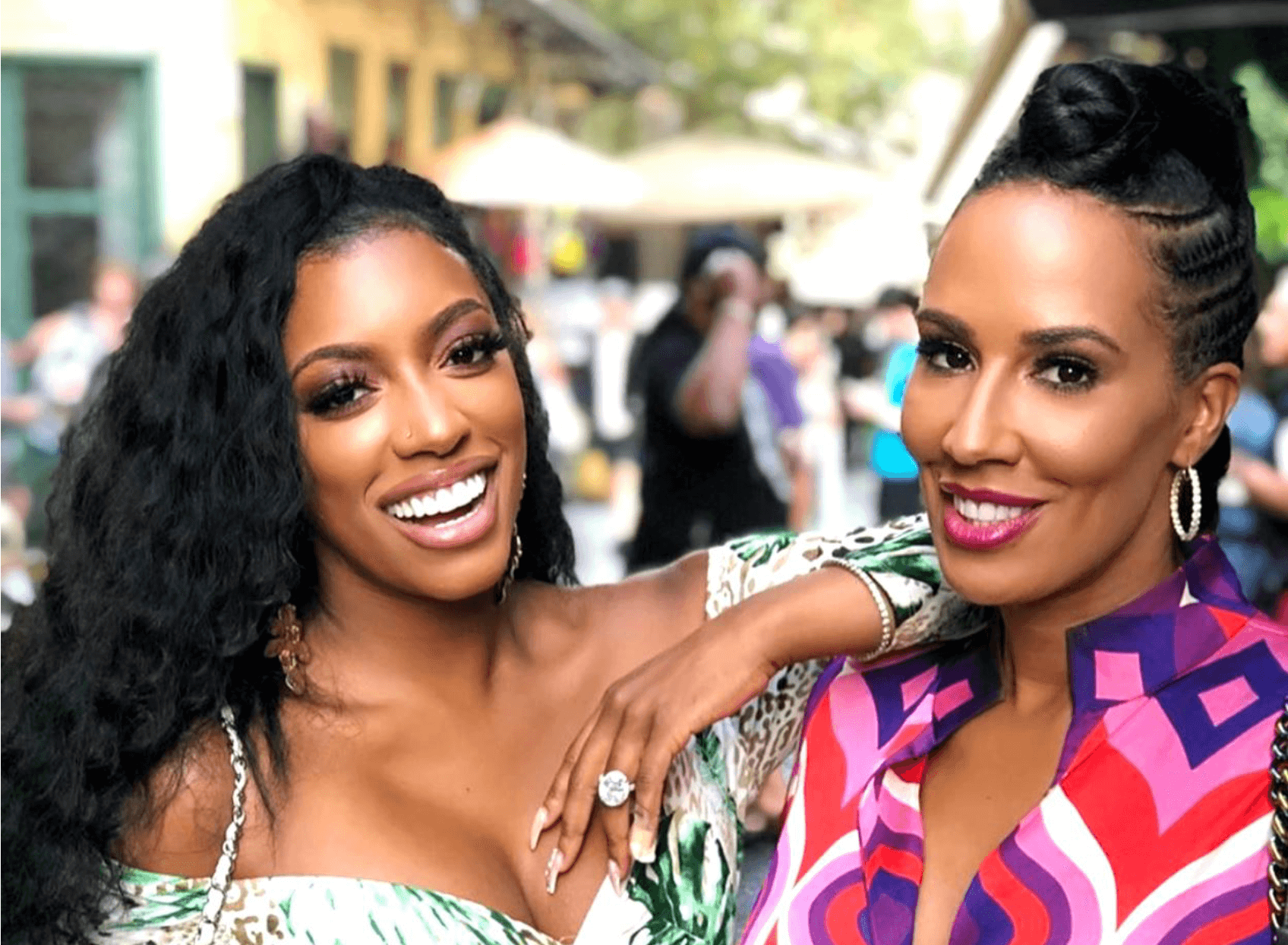 Porsha Williams and Tanya Sam are no longer friends, after their alleged involvement in the Season 13 “Strippergate” scandal, according to their Real Housewives of Atlanta co-star, Kenya Moore.

Kenya dished about the alleged feud during a recent appearance on The Wendy Williams Show, after  Wendy brought up the rumor that Tanya and Porsha hooked up with a stripper at Cynthia Bailey’s wild bachelorette party, in October.

Kenya spilled that Tanya had withdrawn from the cast, and was allegedly no longer friends with Porsha.

“We haven’t heard from Tanya since all this happened. We haven’t seen her film anything, she basically fled the country . She’s not friends with Porsha anymore as far as I know, they don’t speak to each other. I don’t think they even follow each other on Instagram,” Kenya snitched.

Tanya appeared to refute Kenya’s claim on Instagram, cheering her co-star for her social justice activism.

As reported—scandalous rumors surfaced in October that the Real Housewives of Atlanta stars allegedly got down and dirty with a stripper, during Cynthia’s drunken bridal bash. The party took place in Charleston, South Carolina and eyewitnesses reported that multiple hookups occurred throughout the night.

Tanya vehemently denied the rumor on Instagram, at the time.

“I will address this topic now and will not entertain this absurdity any further. The rumor circulating about me is NOT TRUE,” the reality star wrote.

Tanya was reportedly not pleased with the way the scandal was used to promote the current season of RHOA, so she stopped filming. She was also purportedly upset with production for airing rumors about her fiance Paul Judge’s alleged cheating ways during season 12, with a woman named Shiana, aka the Cookie Lady.

The male stripper also sounded off on social media, denying the alleged incident.

“To Whom This May Concern, I’m not just a stripper. I’m THE stripper. I built an entire brand off of professionalism and it don’t just stop here, y’all. I got fans followers and supporters that’s been around for years that can attest to that. The rumors and allegations that’s going around right now is straight bulls**t. Although I’m flattered to be in the same conversation as those beautiful women, nothing happened. I don’t need any unnecessary mileage on my d**k. Again, nothing happened. Y’all be cool,” he said in a video share.