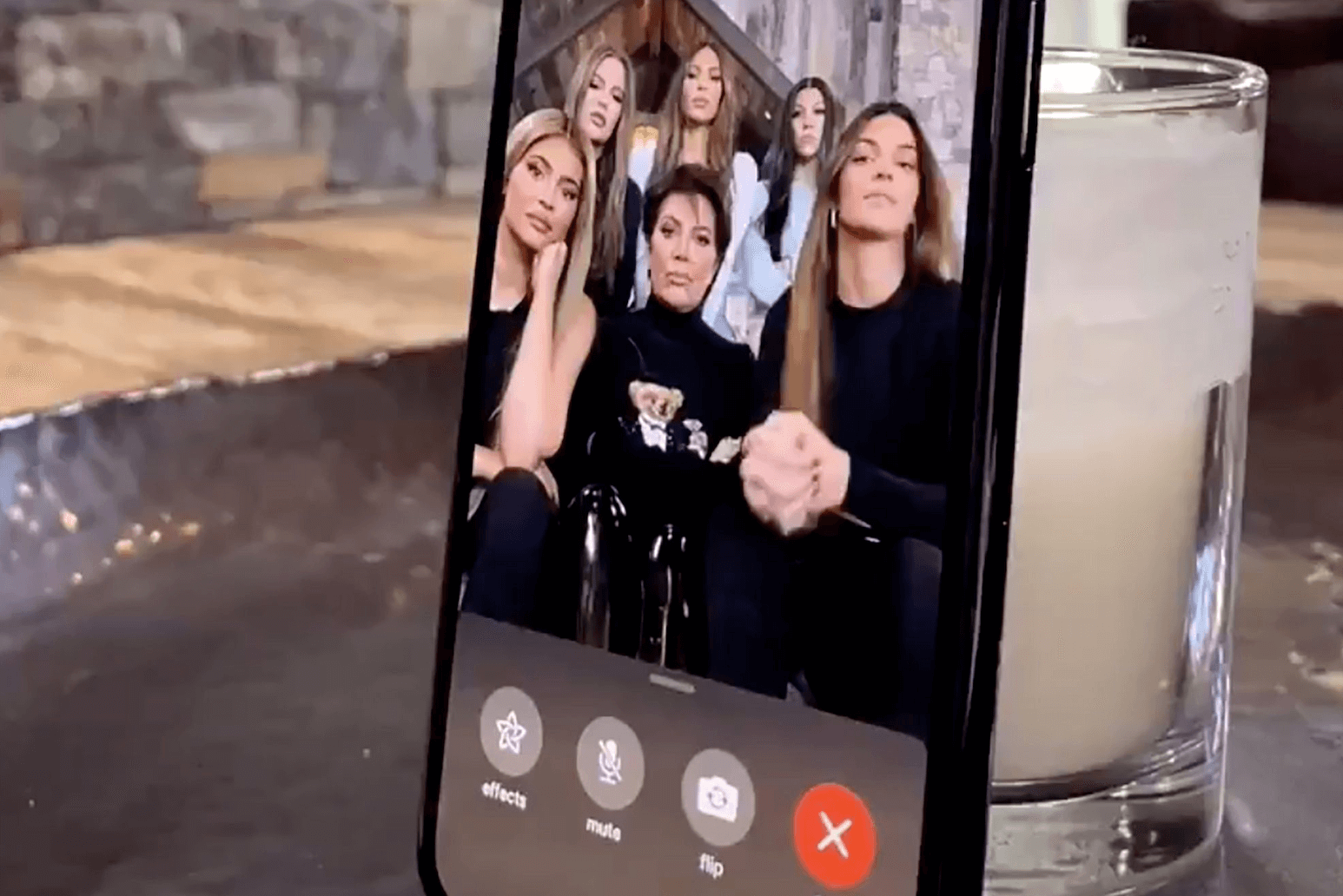 The Kardashian women had some holiday fun this week, pranking their celebrity pals with a series of hilariously staged Facetime calls.

Kris Jenner and daughters, Kim Kardashian West, Khloé Kardashian, Kourtney Kardashian, Kendall Jenner, and Kylie Jenner dialed a list of their high-profile friends, including Justin Bieber, Jennifer Lawrence, and Dave Chapelle, catching them off guard and filming their confused reactions. The family made the Facetime calls sitting as a group as if positioned for a photo.

Khloé posted the first installment of the videos on Instagram on Wednesday while the other sisters took to their Instagram Stories to share the awkwardly comical clips. Kylie posted part two on TikTok on Thursday, sharing Jennifer Lawrence’s colorful reaction.

“First I had to make sure it was real,” the Kardashian superfan said, clapping her hand over her mouth in shock. “What are you doing?!”

LaLa Anthony answered with a confused “Hello?” picking up her phone while wearing a towel.

“Is this real or is this a picture?” Savas, a family friend, responded after picking up the call.

“What the f—, am I in trouble?” asked rapper, Yung Taco, a friend of the Jenner sisters.

NBA star, Tristan Thompson, appeared confused by the clan’s call after he realized that it wasn’t coming from his girlfriend and mother of his child, Khloé Kardashian. The duo recently reconciled and is committed to the long haul despite Tristan’s recently signed deal with the Boston Celtics.

“Oh hey,” he said at first, before seeing the whole family on the other end. “What the —?”

“Hey guys, what is happening?” Justin Bieber said when he answered his phone, while his wife, Hailey Baldwin, simply offered a bewildered “Hello?” when she picked up her own call.

Travis Scott, the father of Kylie’s two-year-old daughter, delivered a “What’s goin’ on?” before signing off with a “bye!”

Many of the celebs reacted to the prank in Khloe’s post’s comment section with Baldwin writing—“Lmfaooo I was shook.” Savas shared that he “really thought it was a picture.”

The Kardashians are currently on vacation in Lake Tahoe, according to a  People source. Kourtney shared a few fashionista snaps from the wintery wonderland on Instagram earlier this week.

Kendall posted a fun ice skating video with Kourtney, joking in the caption that she “saved Kourtney’s life.”