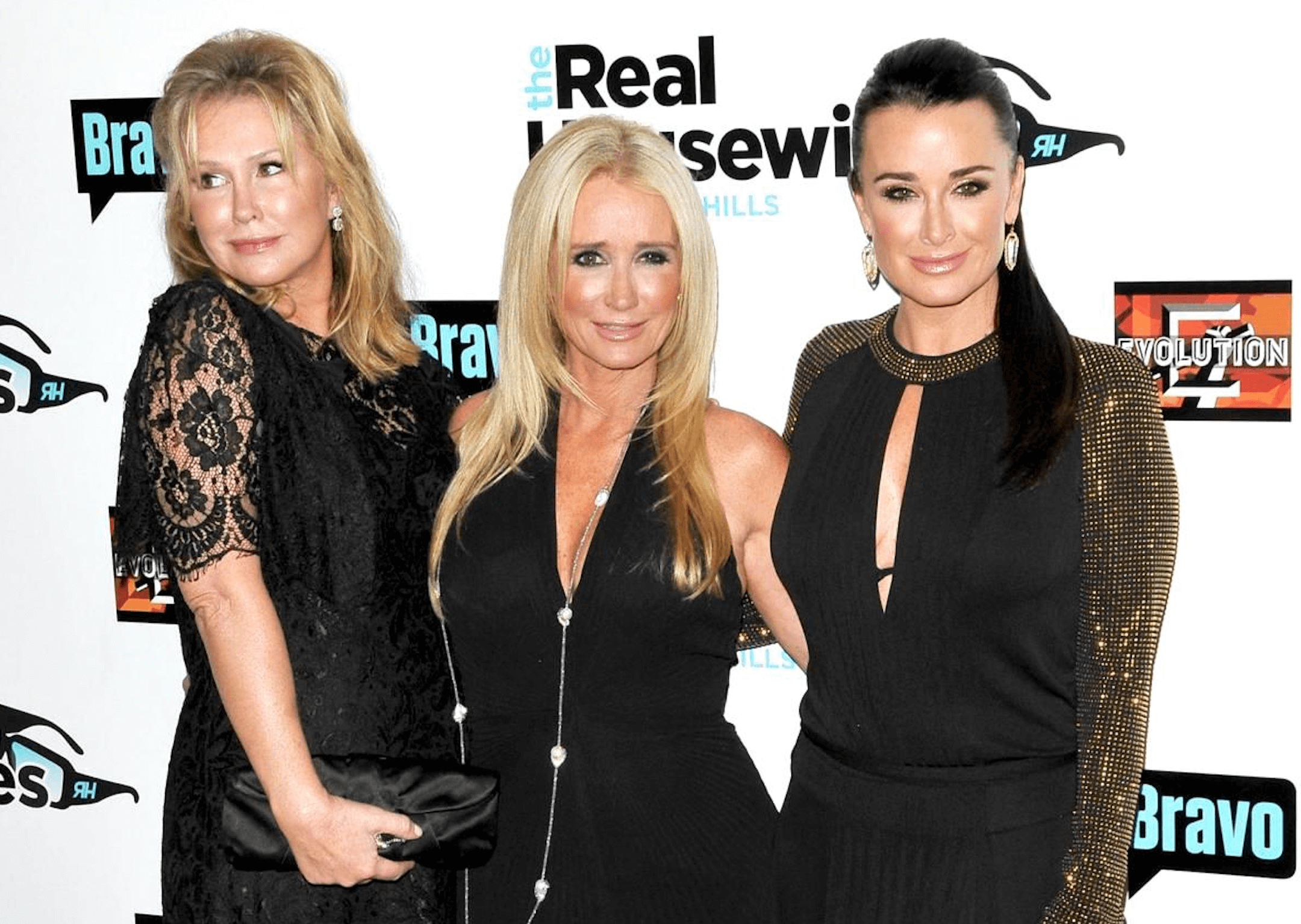 There’s a new Richards sister on the Real Housewives of Beverly Hills block, and it looks like Kyle Richards is already butting heads with her sister and cast newbie, Kathy Hilton. Kathy has appeared on the series from time to time, but Season 11 will mark her first official “friend” spot on the show.

“There’s definitely been a clash of egos while filming,” an insider dished in the latest hard copy of Life and Style magazine. “Kathy is a big personality and Kyle is petrified she’ll try to steal her thunder. The sibling rivalry is already intense and it’s bound to get worse!”

Fans know that Kyle has gotten comfy on her RHOBH throne and that her relationship with Kathy is very different from the one she shares with middle sis, Kim Richards. Kim’s addiction issues have forced Kyle to act as her emotional caregiver, while Kathy, the oldest of the three, is considered the head of the family.

Kyle’s husband, Mauricio Umansky, once worked under Kathy’s husband, real estate mogul, Rick Hilton, before he broke off to form The Agency, sparking past family drama.

Kathy is mom to two celeb successes, Paris and Nicky Hilton, perhaps giving her an edge in the RHOBH spotlight.

“Kyle adores her nieces, but she feels like Paris and Nicky can help increase Kathy’s popularity, especially if they make a lot of appearances on the show,” the source added. “She’s scared that the Hiltons will push her out of the spotlight.”

The insider claimed that Kyle is calling in Kim for support.

“Kim is expected to make an appearance or two on season 11, just like she has on other seasons,” the source stated. “All three sisters constantly argue and will go for months without speaking, but Kyle and Kim are getting along at the moment and Kyle expects Kim to take her side with the Kathy situation. The producers are ready for it. The bigger the family drama, the higher the ratings!”