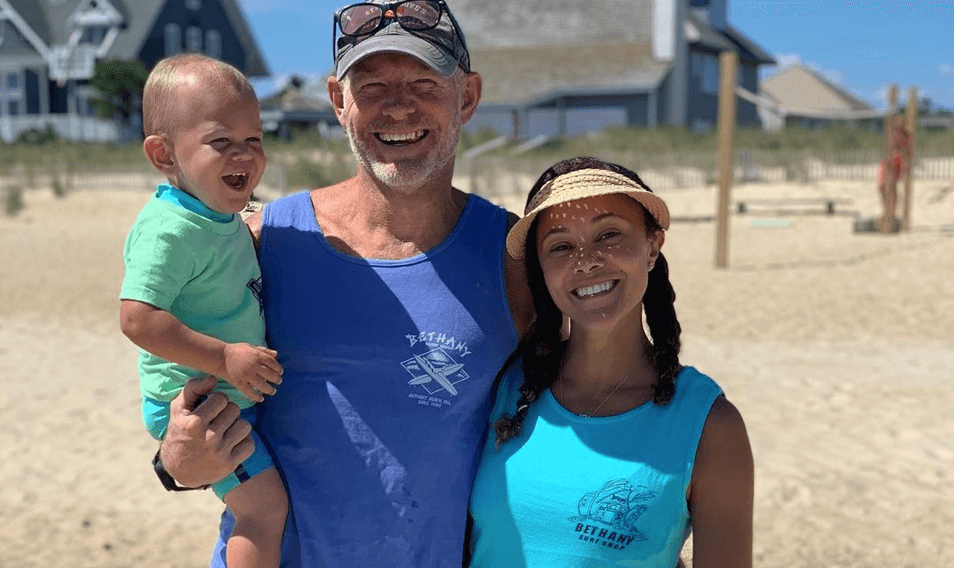 Boy oh boy! Real Housewives of Potomac star, Ashley Darby, took to Instagram on Thursday to reveal the gender of her baby.

“Michael has lived in Washington DC for almost 30 years, but this is a bike ride different than any one he’s taken before,” she wrote on Instagram, alongside a video of Michael biking through DC.

Michael’s ride ended with his wife and toddler son standing underneath a banner that read—“It’s a boy!”

Michael and Ashley’s child is due in February 2021. They are already parents to one-year-old son, Dean. Ashley confirmed her pregnancy in September.

Ashley opened up about her wish for a second child to the Daily Dish, in June.

“Most definitely. I mean, seeing how wonderful Dean is and Michael is just such a hands-on dad. I would really have a football team if I could, but out of respect for my partner, you know, I’ll stick with two,” she said, adding that she was “100 percent ready for a baby now.”

Ashley shared why she believed that the time was right to expand their  family.

“People say have kids younger. It’s easier to keep them together. Also, Michael is very aware of his age and he wants to be around for as long as he can with his kids. So, we’re definitely trying to have our children back to back,” Ashley said.

The Real Housewives of Potomac airs on Sundays, at 9 pm, ET, on Bravo.