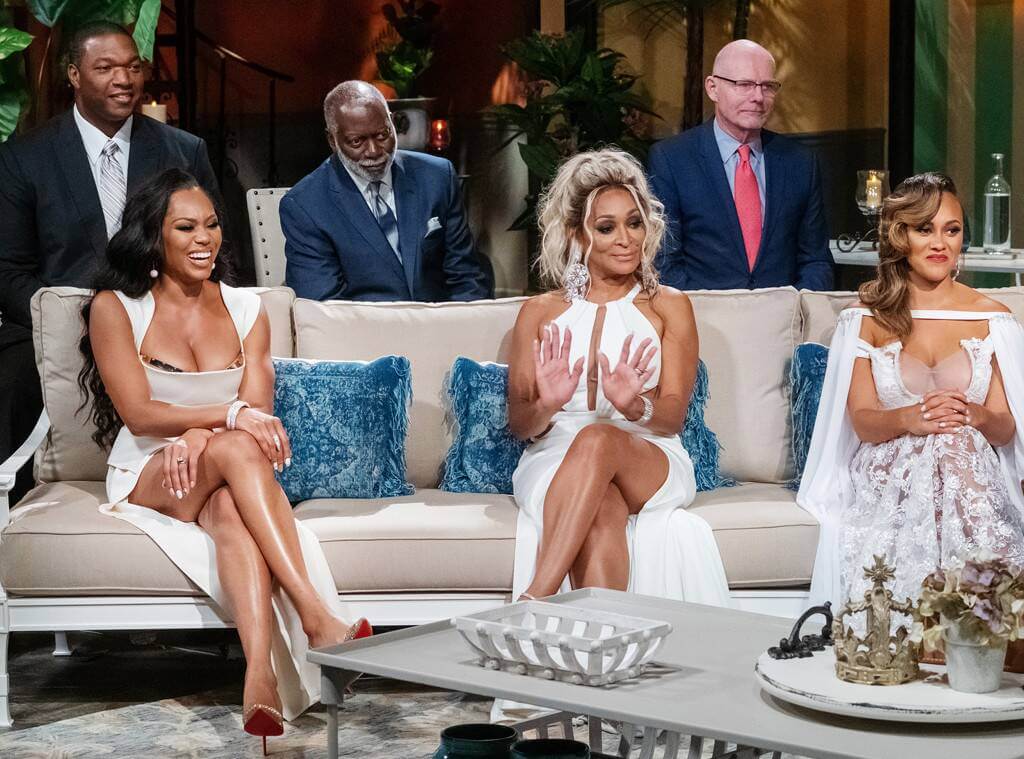 The cast of the Real Housewives of Potomac filmed their Season 5 reunion last week, and fans know that it’s usually the ladies who bring the heat who score the top spots on the stage—on either side of Bravo host, Andy Cohen.

Andy revealed two surprise picks on Instagram, before the reunion taping kicked off.

“I’m not gonna show them to you, but I’ve got a Grande Dame to my right, and a Gizelle to the left,” Andy said in IG video share.

“And we are getting ready, and it is a shady tree!” the Bravo bigwig added.

Most viewers were expecting Monique Samuels and Candiace Dillard to face off from dueling hot seats—but it appears that Andy had a different plan.

Viewers know that the season shifted after a physical altercation went down between the ladies during a filmed winery outing—splintering the cast.

Karen Huger and Gizelle recently clashed over Real Housewives of Atlanta star, Cynthia Bailey’s wedding, and what sparked Gizelle’s decision to make an early exit from the event. Gizelle claimed that guests were carelessly removing masks, and Karen later revealed in an interview that Cynthia was upset by Gizelle’s remarks. Karen has also thrown shade at Gizelle’s reconciliation with her ex-husband, Jamal Bryant.