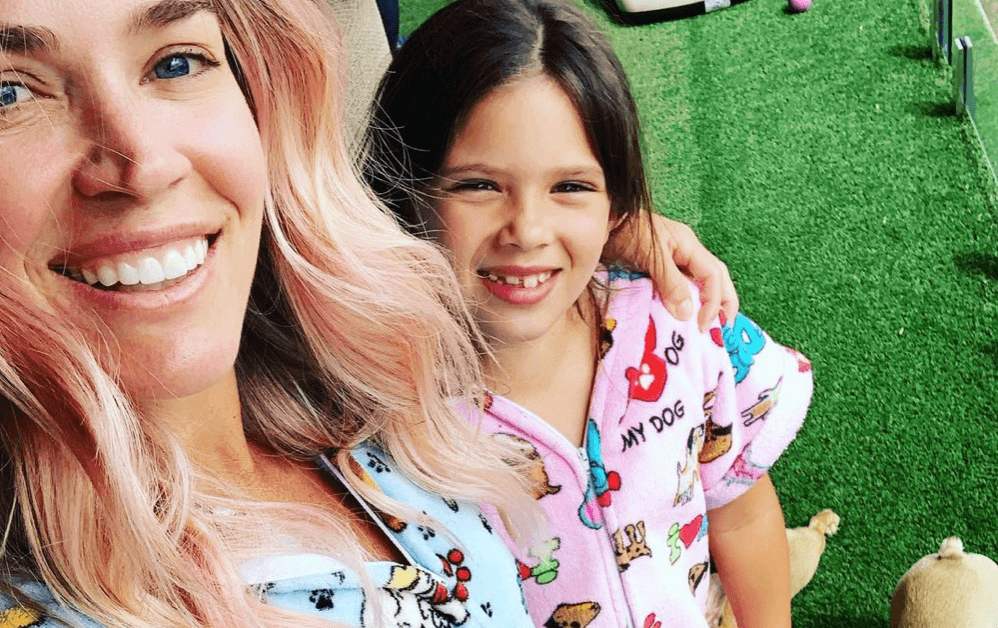 Teddi Mellencamp is facing backlash after the axed Real Housewives of Beverly Hills star filmed her 8-year-old daughter running on a treadmill. Teddi posted a video of her middle child, Slate Arroyave, working out in a sports bra over the weekend, and fans immediately sounded off with opinions. Teddi, who was recently caught up in controversy surrounding her “All In” diet/fitness biz, cheered her daughter on during her run.

Teddi filmed Slate at home having fun on a pricey Peloton treadmill, sharing the video only weeks after some of her clients publicly sounded off about her wellness program. Customers complained that the exercise program was too rigorous, and the diet extreme—claiming calorie restrictions as low as 500 a day.

“We strongly object to these claims that our methods and practices were the cause of any of these alleged issues,” a rep for Teddi told The Blast at the time. ”Our approach involves around a daily intake of 1100-1200 calories, similar to many other popular (and safe) wellness programs, to help our clients jumpstart a pattern of cleaner eating and more exercise.”

Many fans jumped to judgment when they saw Slate running under her mother’s watchful eye, but Teddi appeared ready to share key details behind her daughter’s exercise sesh.

“Slate is 7 days in to her a mile a day challenge. Some days she walks. Some days she runs and tries to beat her fastest pace,” the ex RHOBH star captioned the Instagram vid, on Saturday.

“She came up with this because she was having trouble sleeping after spending so much time on zoom during online school. She said her goal is to inspire others that they to can do a mile a day because she feels so much better doing it. So proud of you Slate Deezy Deeze,” Teddi wrote.

Another follower clapped back, writing, “You don’t get it. Our kids are doing everything on a computer. How dare you say something about her daughter. You’re sick!! This is so healthy and positive.”