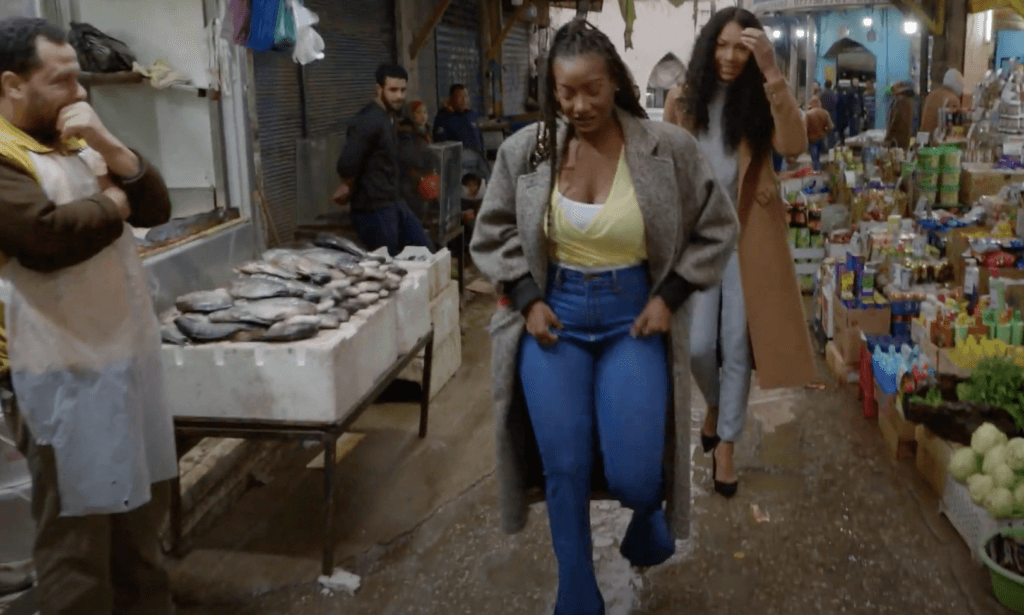 On Sunday’s all-new episode of 90 Day Fiancé: The Other Way, Brittany Banks travels to Jordan even after her fight with Yazan Abo Horira, and manages to disrespect the Muslim community.

In a previous episode, Brittany Banks and Yazan argued when Yazan blamed Brittany for the car accident he got into, and she, in turn, called him “selfish.” Though Brittany questioned if she still wanted to make the trip after a screaming match, she ends up doing just that.

In the clip below from Sunday’s upcoming episode, Brittany Banks strolls through the market with her friend, who accompanied her to Jordan on this trip. Brittany exposes her breast, which is a no-no in Muslim culture and primarily Muslim community gawk at her blatant disregard to cover up. Brittany was grappling with converting to the Muslim faith before the show went on hiatus.

Press play below to watch a preview of Sunday’s episode.

As previously reported, Brittany went on Instagram Live to rant about subpar food delivery practices, and while keeping one eye on the camera, bent over out of frame, sniffed, and wiped her nose.

The aspiring rapper repeated the sequence, leading most of her followers to believe that she was allegedly snorting lines of cocaine on her livestream.

Press play below to watch the shocking video.